HomeComics/MangaMANGA REVIEW | "Her Royal Highness Seems to Be Angry" - Vol. 1

MANGA REVIEW | "Her Royal Highness Seems to Be Angry" - Vol. 1 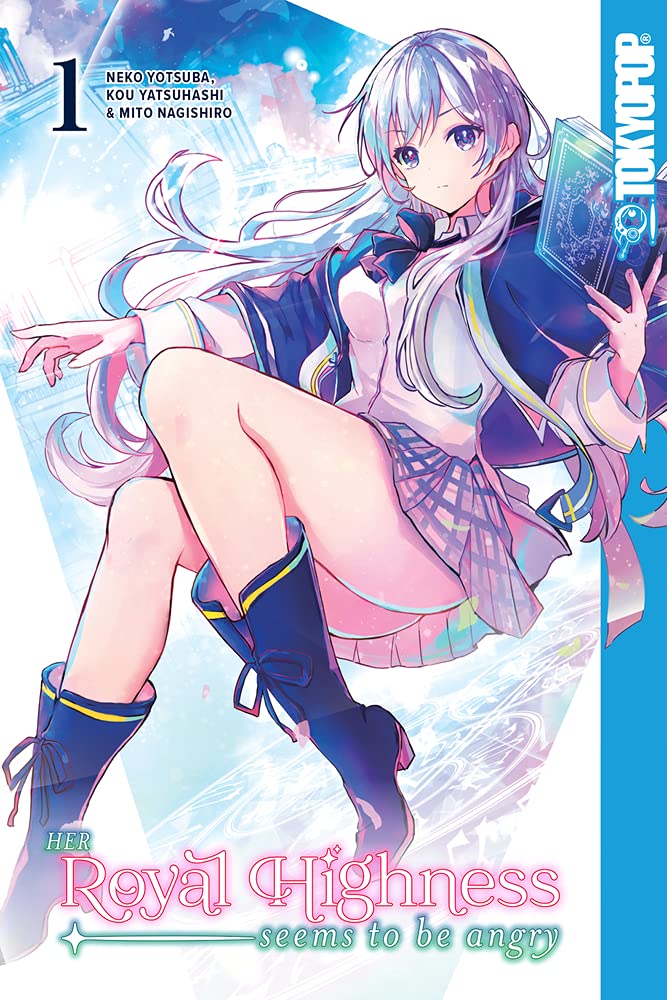 MANGA REVIEW | "Her Royal Highness Seems to Be Angry" - Vol. 1

Princess Leticiel is supposed to be dead.

Her kingdom was destroyed. Her loved ones were killed. She took her own life rather than submit to her enemies. So why is she opening her eyes again, a thousand years later? Who is Drossel, and why is Leticiel's soul suddenly in her body? These questions and more set the stage for the first volume of Kou Yatsuhashi’s Her Royal Highness Seems to be Angry, one of the freshest isekai (-ish) titles to debut this year. Pretty and compelling, this series left me pleasantly surprised and ready for more.

It's rare for a series to successfully pack so much into its first volume. Her Royal Highness’s pace hits the ground running from the word go, cramming into five chapters what a story less confident in its premise would drag out for ten. While maintaining this momentum, it manages to not only set up a handful of tantalizing mysteries for readers to chew on, but firmly establishes its characters and magical setting at a rate that left me genuinely impressed. 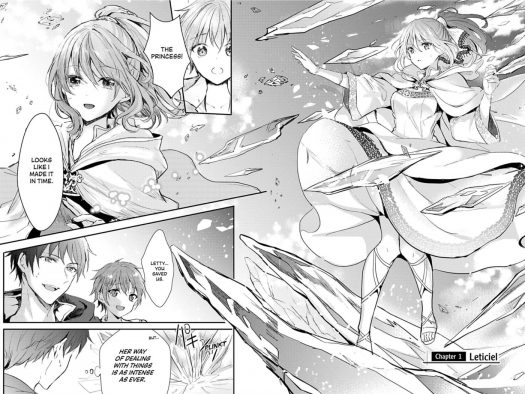 Our first two chapters are spent following Leticiel, princess of the kingdom of Rengenerose, in the years that lead to her tragic death. She’s a powerful Sorceress - the strongest spellcaster across the entire continent of Astoria, a land ravaged by constant war and unrest. However, her home is spared the death and despair that plagues its neighbors by virtue of her protection. Leticiel's love and devotion for her citizens is one of her most endearing character traits, second only to her intelligence, diligence, and humble nature.

After the first chapter, you'll like her enough to want to see her get her happy ending - which, uh, does not happen. But hey, if it did, we wouldn’t have a story!

Not long after marrying the love of her life, a man named Nao, is Rengenerose is besieged by its enemies. Envious of the kingdom’s prosperity, neighboring lords form a truce to overwhelm Leticiel’s considerable defenses and slaughter all in their wake. Despite only seeing them together for a short time, it's heart wrenching to watch Nao be killed right before Leticiel’s eyes. He's second only to her in development over these first chapters, and his easy-going nature and kindly demeanor quickly warmed me up to him. I felt more watching their tearful goodbyes than I have for similar deaths in relationships built up over the course of an entire series.

Cornered, defenseless, and heartbroken, rather than be captured, Leticiel kills herself - both in grief for over her loss, and repentance for her failure to save those she swore to protect.

The end! Right? How sad!

I kid. Of course not. All that sounds like enough to be a complete story - albeit a tragedy - all on its own, but that was just Her Royal Highness’s opening act. While the art by Neko Yotsuba can struggle to find a balance between depicting enough one page to match the breakneck pace of the writing (without their composition becoming cluttered), their character designs are still pretty and distinct, backgrounds are detailed, and they don’t shy away from gore when it's necessary. The destruction of Rengenerose is artistically gruesome in contrast to the rest of the story, and really drives home the despair of the event.

Cut to: one thousand years later. Drossel Noa Filiaregis, daughter of a duke, gasps awake - but it's Leticiel seeing the world through her eyes. Bewildered by the unfamiliarity that surrounds her, she escapes her room and accosts the first person she sees, demanding answers about where she is and what’s become of her people.

And this is where the real meat of Her Royal Highness Seems to Be Angry's premise begins.

The person she grabs is Drossel’s sister, Christa - who oddly under-reacts to her strange behavior, but deliberately overreacts to Leticiel touching her. Nearby servants and their mother harshly scold Leticiel for bothering Christa, exasperated by Leticiel’s “pitiful attempts” to “get attention.” Immediately clear to our protagonist, something is very wrong - and it goes beyond typical parental favoritism. Drossel, whoever she was, is shunned at best, and despised at worst, by nearly everyone around her. Even Drossel’s fiancé openly mocks her and proudly prefers the company of her sister.

Why? And why is Leticiel in Drossel's body in the first place? These are just some of the many mysteries Her Royal Highness dangles before its readers to get them hooked.

Wholly uncaring for how she’s treated, surprising her tormentors, she sets out to learn as much about her new world and Drossel as she can - but is quickly met with more questions than answers. Rengenerose’s existence has been wiped from the history books. She meets a man who shares an uncanny resemblance to Nao named Zeke, but he doesn’t know who she is. The art of spellcasting has bizarrely devolved into mockery of itself - and it's here that we’re given the first hints as to the reason for Drossel’s mistreatment: she has no Magic. And in this new world, your level of Magic power determines your place in society.

Only…Magic and Sorcery are two very different things, and the art of the latter - Leticiel’s specialty - seems to have been lost to time. Spells in this world require Aether (basically mana) to power them. “Magic power” refers to the set, unchanging level of Aether a body is born with, while Sorcery draws upon the infinite sources of Aether that exist outside the body for spellwork. The lower one's Magic power, the better suited they are for Sorcery. The dramatic irony of Drossel’s circumstances aren’t lost on Leticiel or the audience.

I love the simplicity of this magic system. It's easy to understand and straightforward, while leaving wiggle room for surprises and complexities to come later.

Predictably, but no less entertainingly, this volume ends with Leticiel defeating a monster using a powerful display of Sorcery, much to the shock of everyone. This monster drops hints that Leticiel’s sudden reincarnation was no accident or trick of fate, but rather a deliberate nefarious act. Someone wants her here. But who? And why? These are the final questions this volume leaves us with, and I, for one, am on board for more!

A big catharsis factor of this series will no doubt be watching all the people who have humiliated Drossel react to her sudden powers and change in behavior, and I can’t wait. There’s something so satisfying about seeing bullies and unjust systems get their status quo rocked by a newcomer too powerful to be affected by their petty games. Her Royal Highness could be nothing but scenes of that and I’d be happy, but when combined with all its other intrigue? Sign me up!

While it's too soon to tell if Her Royal Highness Seems to be Angry will deliver on all the potential in its first volume, its unique premise, relatable characters, and compelling mysteries make it a worthwhile read nonetheless. If any of this review has piqued your interest, a big draw of this volume is in its execution: so don’t hesitate to pick up a copy and experience it for yourself!