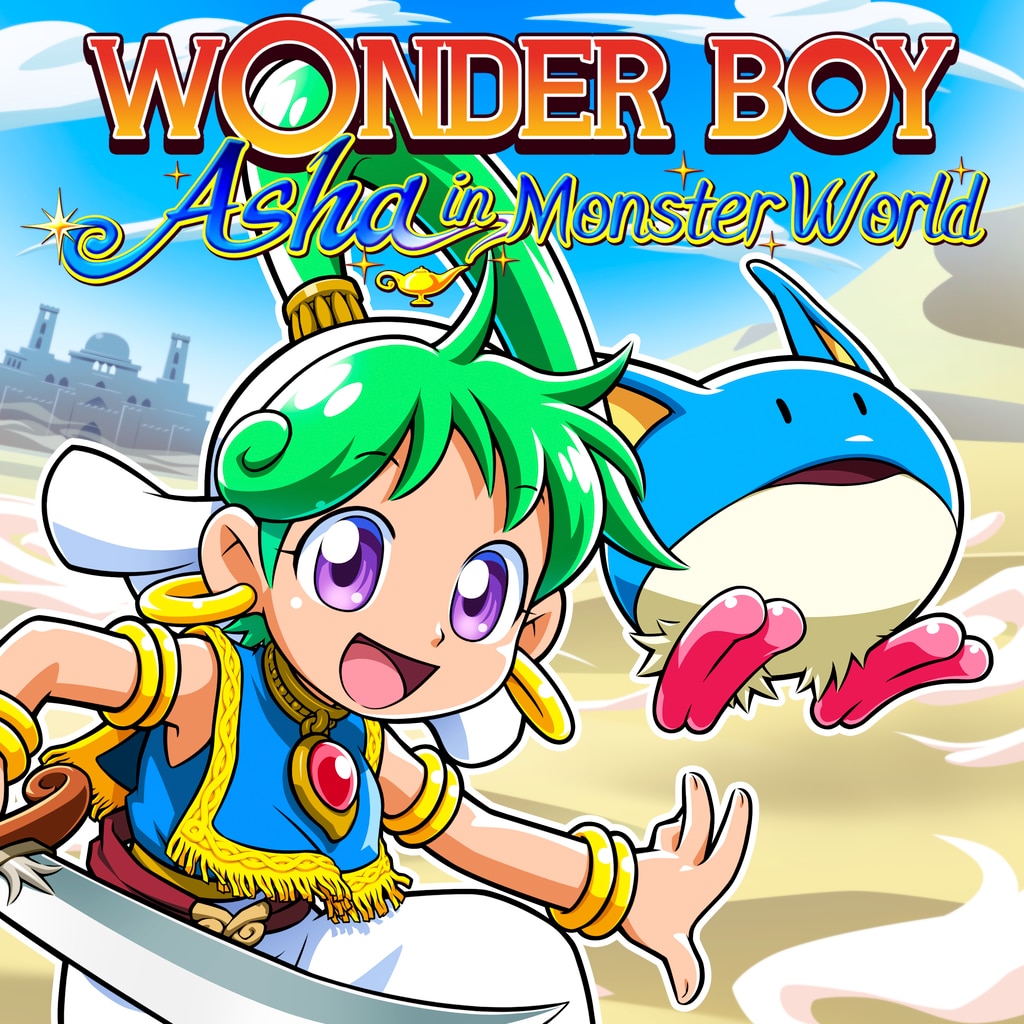 The Wonder Boy series isn’t thought of in the same way as other SEGA titles. Yet for some reason, it doesn’t stand down without a fight. These last few years, the original Wonder Boy games from the Master System and Genesis have seen its share of remakes. Lizardcube’s 2017 adaption of Wonder Boy III: The Dragon’s Trap not only managed to gain a lot of well-deserved attention, but it gave Lizardcube the chance to bring Streets of Rage back from the dead!

Four years have gone by since that remake, and now the fifth game in the Wonder Boy series (and the fourth in the Monster World franchise) has been given a good spit shine! Now released under the title Wonder Boy: Asha in Monster World, the game follows a young girl who seeks to be a warrior. Asha is tasked to free four spirits, who have been held captive by mysterious foes. But she is not alone, as the heroine-to-be has a strange flying creature called a Pepelogoo by her side to aid in the quest. 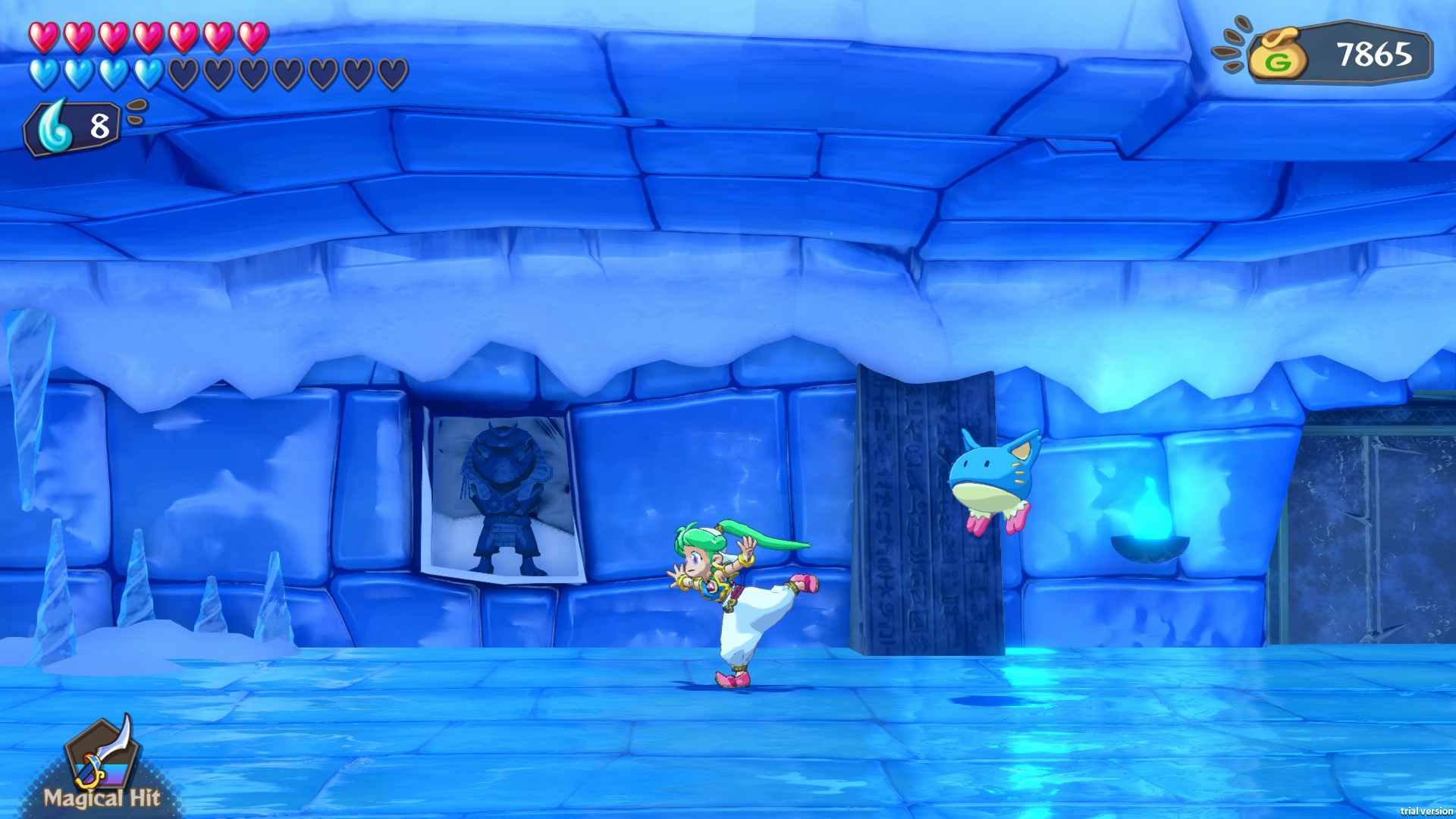 After going through a tutorial realm, Asha must travel through four worlds in order to save the spirits. Within these four worlds are a different strategy that’s needed to conquer not just the surroundings, but also the enemies on-screen. From fire pits to watery pipe nightmares, these realms sometimes need a quick think to get through, or else you’ll find your hearts starting to deplete. Fortunately, your Pepelogoo is more than just a cute-looking character.

The Pepelogoo can serve as quite the helpful assistant, as holding them can assist with jumping and gliding. Throwing them can not just solve quick puzzles, but also serve as a standing pad for geysers and lava pits. They can even lend a talon to save Asha from drowning in the deepest waters. Despite the way it sounds, this Wonder Boy heroine is no pushover. 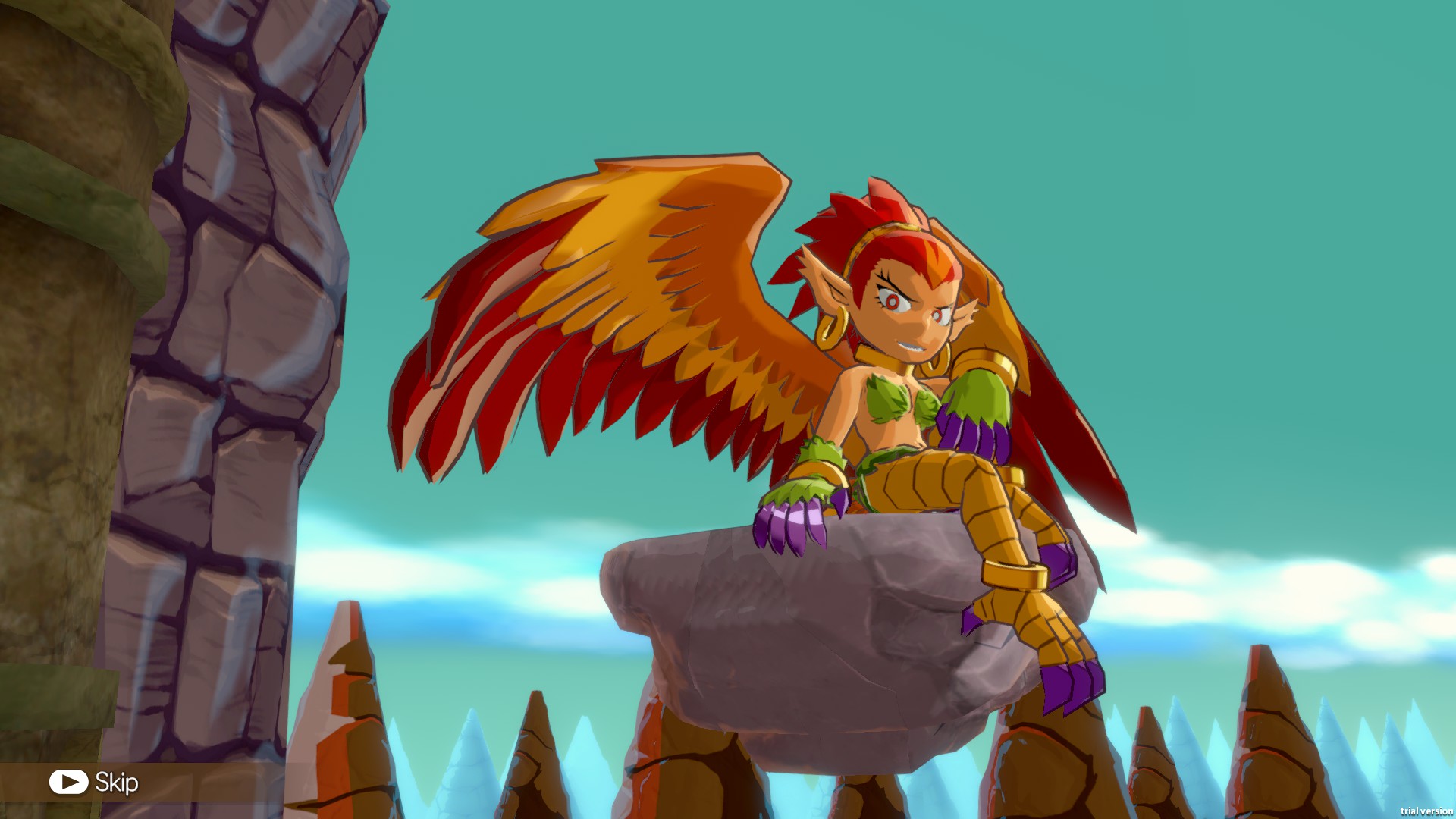 Asha’s sword skills are surprisingly well-done, as she’s able to slay anything that crosses her path. This is a lot more evident during the boss fights, where her techniques are put to the test with some surprisingly challenging bosses. From a giant Harpy and a Minotaur to an Ice Wizard and a Chicken(?), the battles Asha goes through will keep any player on their toes. These moments make up for the weaker enemies that gamers will come across throughout her quest.

However, despite said weaker enemies, the worlds themselves have plenty of hazards to make things tough for Asha. Throughout my time with Wonder Boy: Asha in Monster World, I found myself getting injured more by fireballs or electric walls than I did with ghosts or goblins. While I found myself a little bored with the slaying, I did get more invested when it came to trying to avoid traps with only a couple of scratches. As such, the combination of strong boss fights and tough worlds makes it worth going into auto-pilot when dealing with regular enemies. 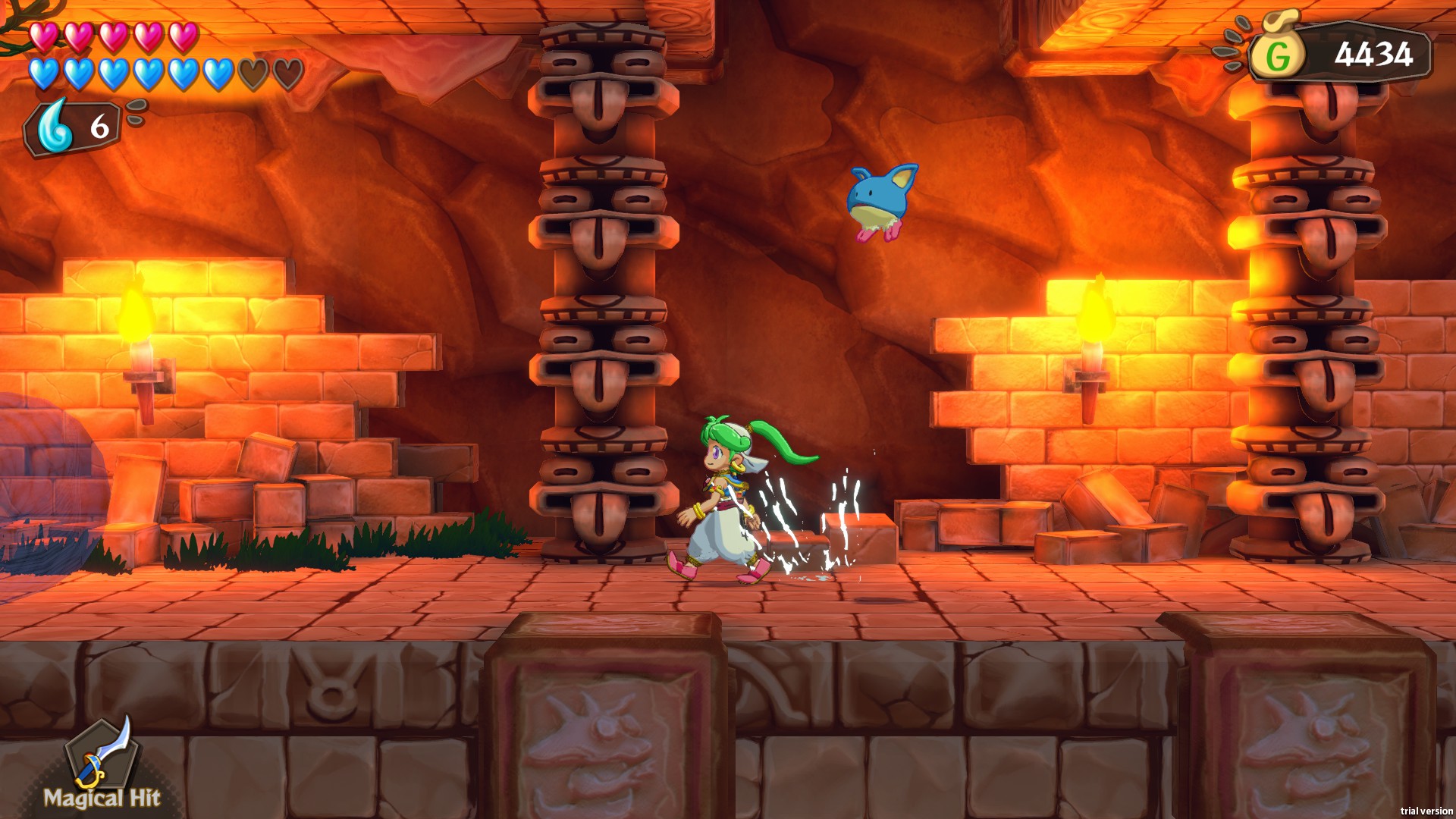 Remade by original creator Ryuichi Nishizawa and the original team from Westone Bit, the worlds and characters you’ll come across look beautiful. Although it’s not in the same quality as Lizardcube’s handdrawn visuals from The Dragon’s Trap, Monkey Craft's 3D visuals are charming and filled with an iyashikei anime-like warmth. The heroes look cute, the enemies are creepy, and the places you travel through are both wonderful and the right amount of intimidating. Voicing Asha is Ai Fairouz (Hibiki in How Heavy Are the Dumbbells You Lift?), who brings forth the right amount of bravery and sweetness to the hero’s repertoire.

Wonder Boy: Asha in Monster World will take you roughly 3 1/2 hours to complete. Although the adventure is short, players can attempt to replay worlds and collect all of the heart shards hidden throughout the levels. Those who buy the physical copy of the game will also get a nice bonus: the original Monster World IV!

It may not be as visually impressive as The Dragon’s Trap remake, but Wonder Boy: Asha in Monster World delivers a satisfying and fun adventure. The game delivers the right amount of cuteness and challenges, even if the regular baddies don’t put up much of a fight. Asha in Monster World is a delight, bringing enough magic and challenges to both fans and newcomers to the Wonder Boy world.

Promotional consideration provided by Evolve Terminal. Reviewed on the PS4.

For a second opinion on Wonder Boy: Asha in Monster World, check out Eric Kelly's thoughts on the remake!