HomeComics/MangaMANGA REVIEW | "The Way of the Househusband" - Volume Five

MANGA REVIEW | "The Way of the Househusband" - Volume Five 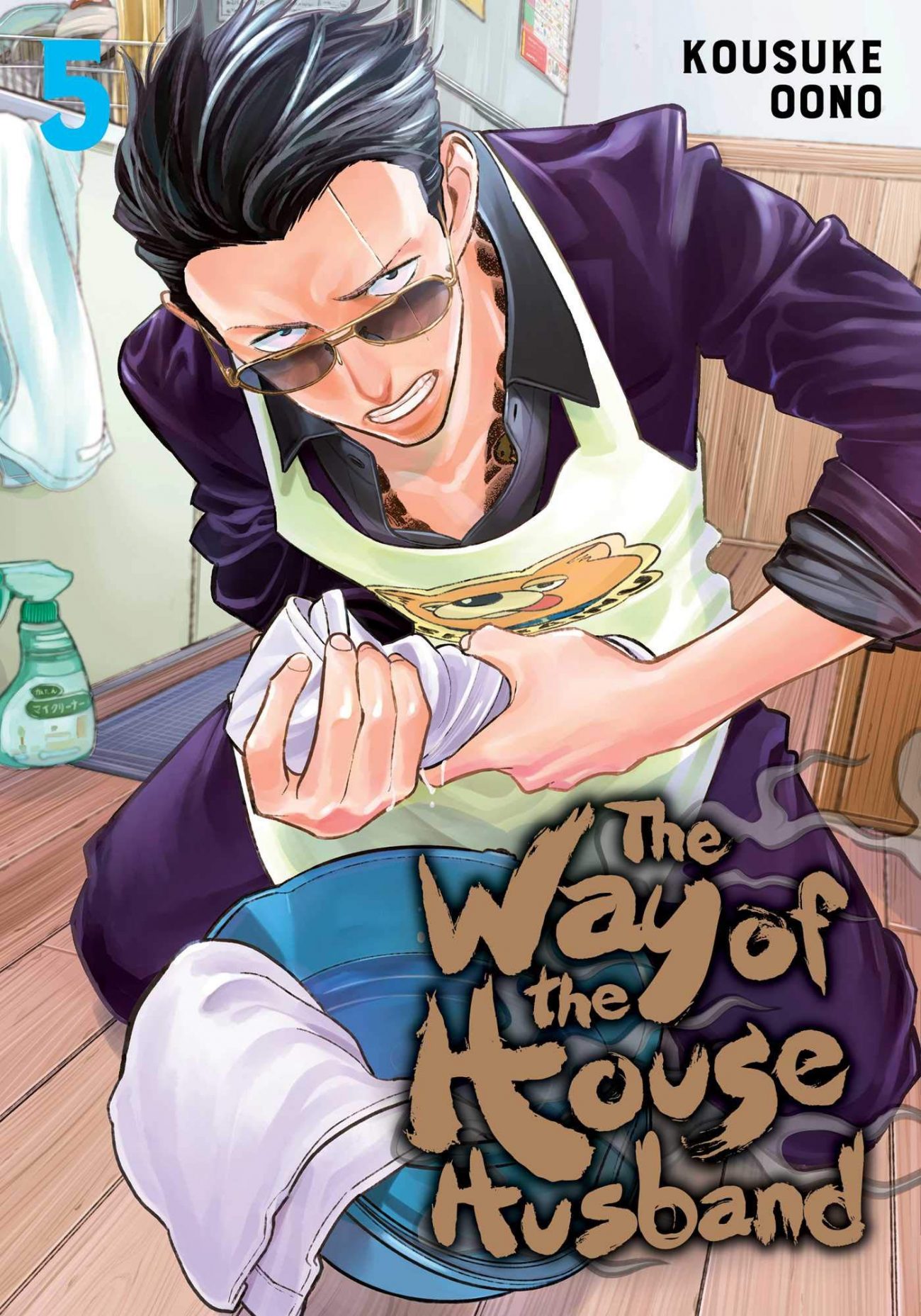 MANGA REVIEW | "The Way of the Househusband" - Volume Five

Thanks the gods that the original The Way of the Househusband has a new volume out. After being disappointed with Netflix and J.C.Staff’s anime adaptation (which was more picture show than legit animation), I needed a reminder of why Kosuke Oono’s series is so beloved in the manga-reading community. Merrily, this collection of tales of the former Immortal Dragon deliver with intense sweetness and hilarious care.

Tatsu attempts to have a free day all to himself, as the need to do chores keeps looking over his shoulders. He and Miku take in a Halloween costume contest, as well as make an attempt to try every sake served at a local event. Plus, the Immortal Dragon is thrown into a battle he never expected to take part in, one involving words as weapons. And as New Year’s arrives, Masa seeks some financial aid from his former higher-up, and is greeted with some heart-racing Japanese traditions. 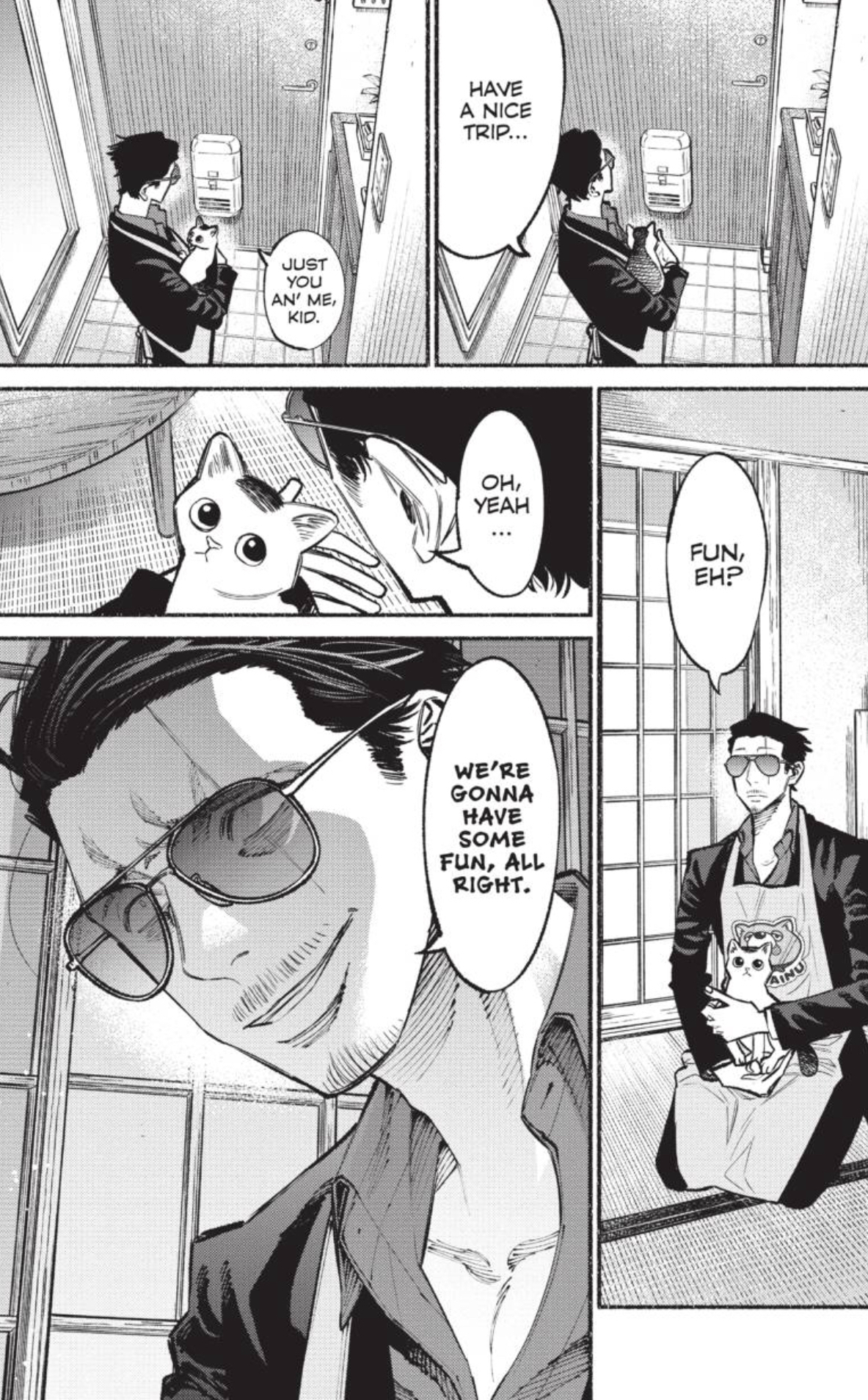 The one thing that stands out about this volume of The Way of the Househusband is how much work ethic Tatsu has. Even as he tries to be lazy with Masa on his day off, that need to get chores done claws at his being. A similar feeling occurs when Miku’s father comes over to cook them hot pot, with the Immortal Dragon wincing at everything wrong he’s doing in regards to its process. These moments not only make Tatsu a relatable character, but it adds a layer of humor to something that many people struggle with: trying to not work! (Hell, even I struggle with that, as the amount of articles I publish weekly wasn’t some sort of hint!)

But it’s always when his old yakuza ways when the big laughs arrive. An intense rap battle gets the attention of everyone, including a local butcher with a unique pair of pipes. A visit to a buffet has Tatsu facing off against hungry old ladies, who put up more of a fight than a top-tier mafioso! Even when catching a cold, the househusband takes his meds with the attitude of a boss ready for a turf war. All of it is captured in Oono’s gorgeously detail art, which showcasing a funny amount of intensity in even the calmest of moments. 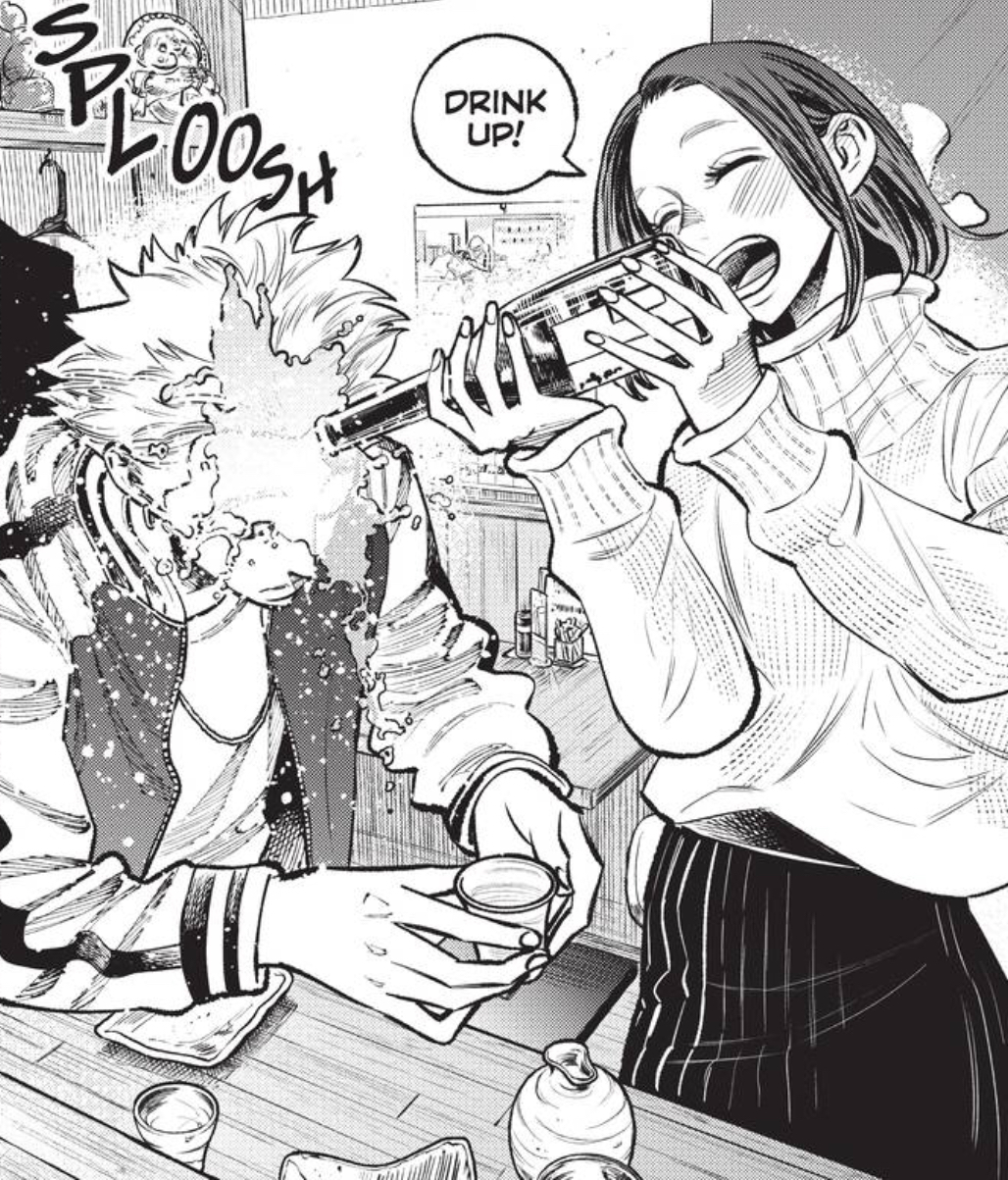 Volume Five of The Way of the Househusband arrived just in the nick of time. The silliness of Taiju, Miku, Masa, and the rest of the regular cast are as entertaining as ever, as it gives readers a showcase of badassery in the realm of the norm. This collection of stories is a reminder of how well Oono can create a tone that’s both cute and extreme at the same time, acting as a fine palette cleanser to those who subjected themselves to its poor anime adaptation.

GAME REVIEW | A Charming Revamp of...