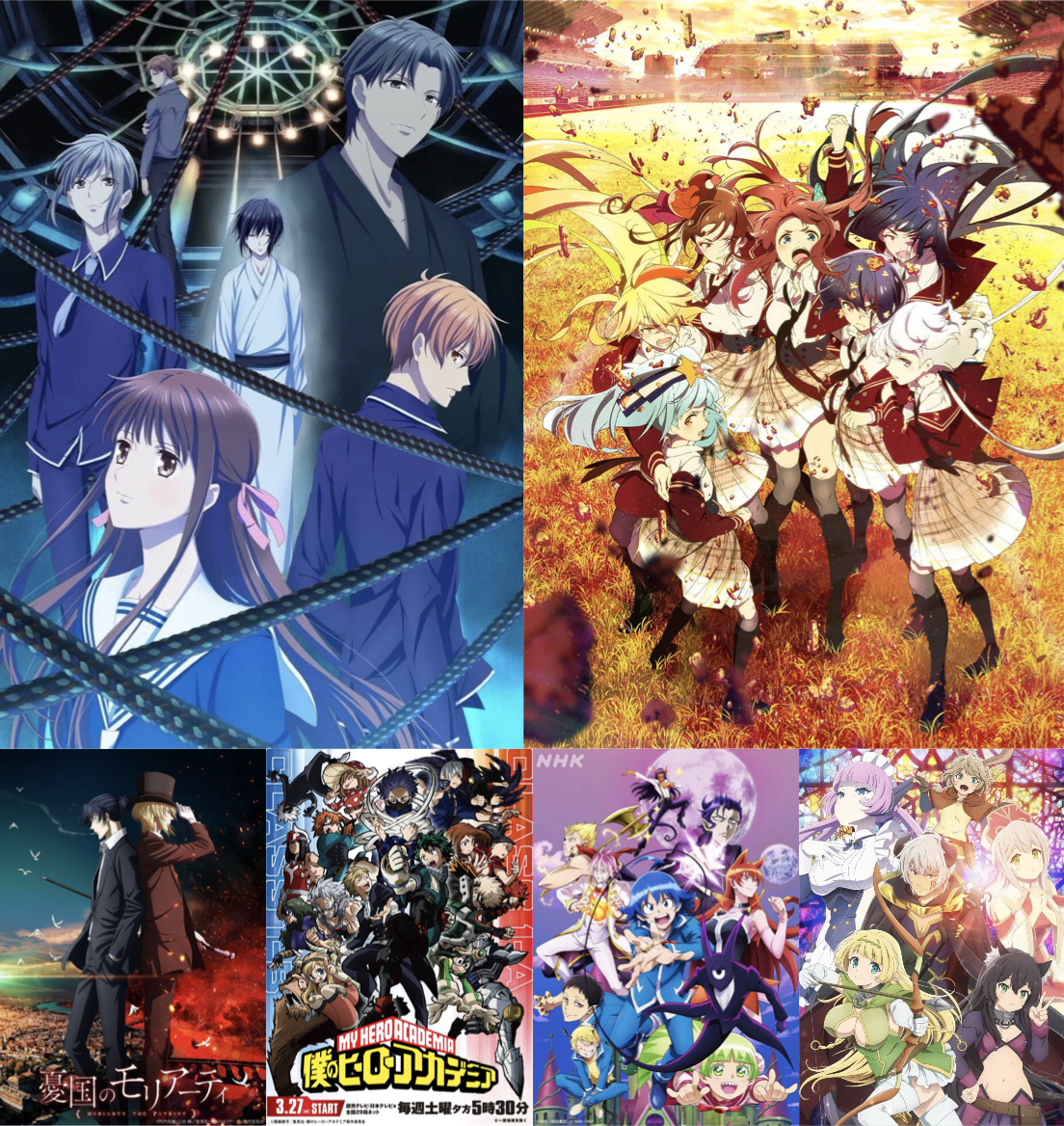 Once again, many fan favorites have graced their return to the anime realm. From heroes and demon lords to zombie pop idols and good boys in the underworld, there were plenty of reasons to sing, shout, and cheer along to the events that unfold. Let’s take a look at the series that went another round with their narratives, for better or worse! 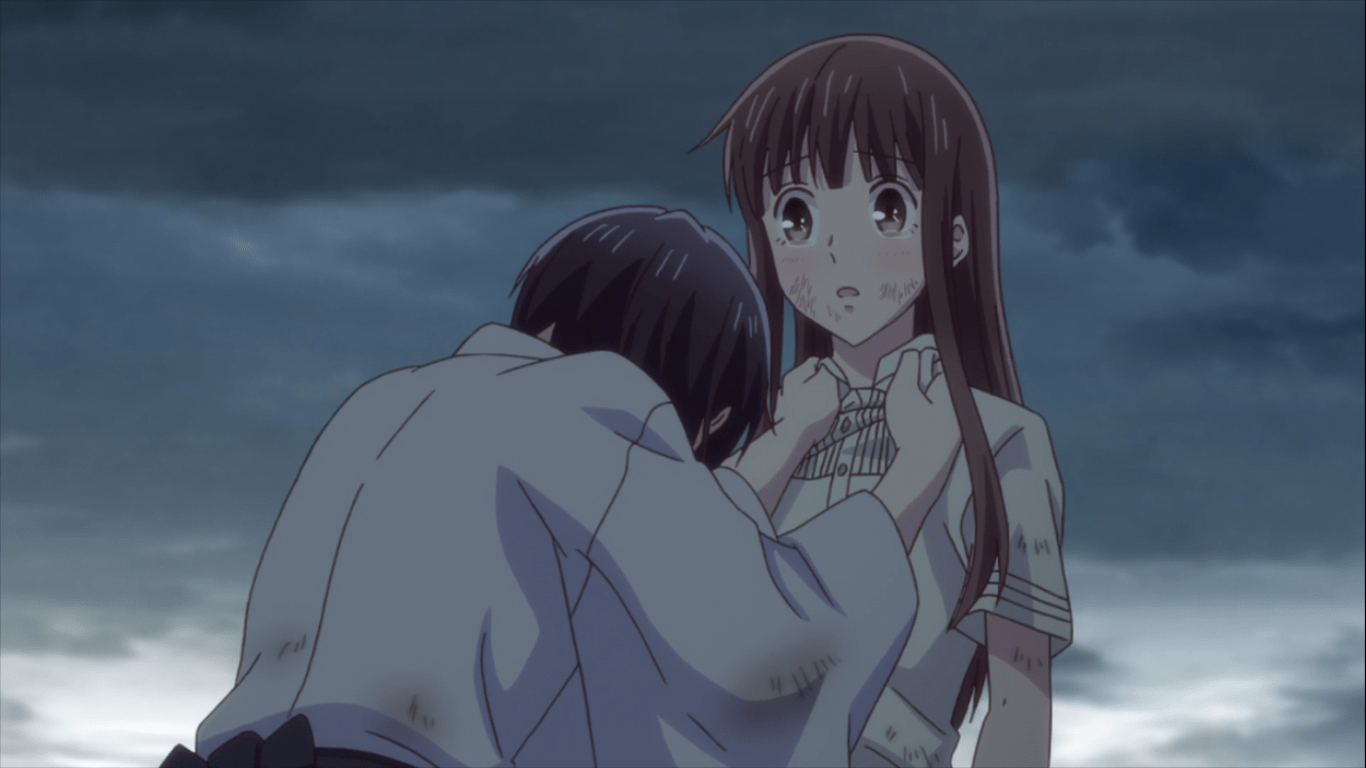 We never thought we’d get another season of Fruits Basket, as we were left with an inconclusive first season by Studio DEEN back in 2001. Twenty years later, after a beautiful reboot by TMS Entertainment (Lupin The Third, Case Closed) that began in 2019, fans of Natsuki Takaya’s classic shojo series is getting a proper ending. And man, I should’ve bought stock in Kleenex before this third and final season started airing!

After discovering Akito’s secret, Tohru finds herself square in the middle of the Soma Family’s struggles. The zodiac curse begins to break, as Akito freaks out over the family abandoning him. It leads the head to confront Tohru, who just got finished confessing her feelings to Kyo. And that’s when the threads that tie everyone to the original story snap one-by-one, giving freedom to some and questionable futures to others.

Let’s be blunt: the final bits of Fruits Basket are a sob fest! Characters find their place in their world; romances finally blossom; and even the most wicked of characters finds a pathway towards sympathy. As reboots go, the new Fruits Basket hit every mark perfectly. It was sad, funny, tragic, delightful, heartbreaking, and — above all — heartfelt. It may have taken us a very, very long time to get a proper telling of Takaya’s manga, but not only was it worth the wait, it also delivered one grand slam of feels every step of the way!

Fruits Basket can be viewed on Crunchyroll, VRV, Funimation, and Hulu. It has been licensed by Funimation.

Since 2016, Deku and the rest of the heroes-to-be in My Hero Academia have grown in their own ways. However, a mystery has always lurked in the electricity that runs through our main protagonist’s veins. What really is One For All, and how did it become the most powerful attack a hero could wield? Season Five aims to show off some of the answers, as Class 1A goes up against Class 1B in a Joint Training Battle.

This battle of various 4 vs 4 matches has the students show off their strengths against one another. However, when it comes time for Deku to show off, a new power attached to One For All is unleashed and causes him to panic. Meanwhile, Number Two hero Hawks goes undercover to take down the League of Villains from the inside, pretending to betray the heroes he fights alongside with. As he digs deeper, he shares some shocking info with Endeavor and the rest of the registered heroes, with his findings diving into some big troubles for the future.

I’ll admit that the Joint Training Battle had its slow moments, even if there was an exciting showcase of action throughout the arc. Perhaps it’s because it couldn’t compare to Season Two’s Sports Festival storyline that helped My Hero Academia jolt up to being one of the best shonen series around. Nevertheless, even with some of the less-than-stellar face-offs, there’s plenty to cheer for as Deku continues to grow and learn from both All Might and even those who held One For All in the past. Here’s hoping what the League of Villains has up their sleeves will give Season Five the jolt it’s looking for.

My Hero Academia can be viewed on Crunchyroll, VRV, Funimation, and Hulu. It has been licensed by Funimation. 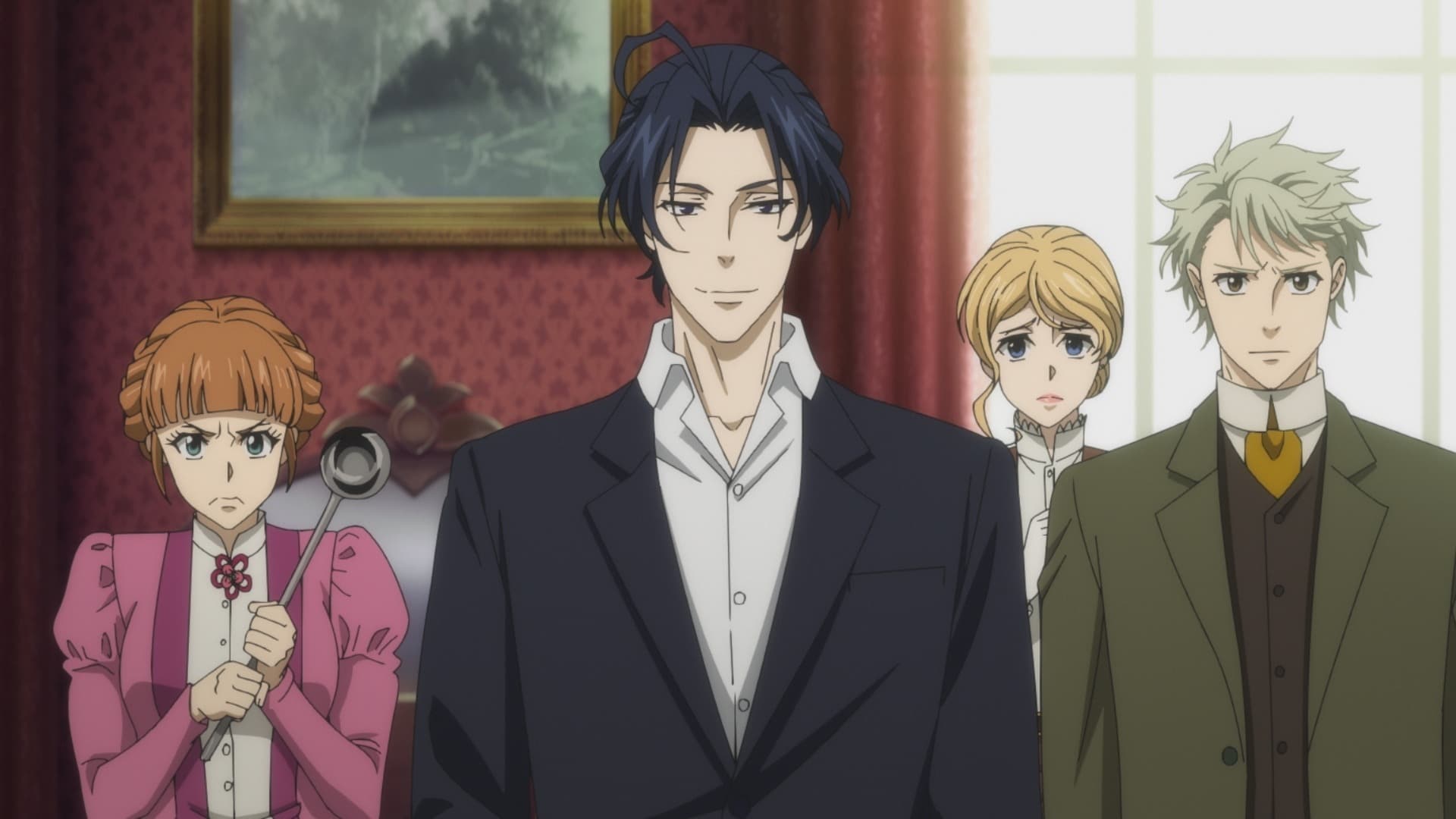 “Did you miss me?” Moriarty the Patriot seemed to ask this question at the start of its second season, as we witnessed the tale of Sherlock Holmes from the eyes of his greatest nemesis. As the Lord of Crime took down one nasty aristocrat after another, the streets of London were giving more power to the lower classes. Season One not only made it easy to root for William James Moriarty, but it gave the villain plenty of room to be a sympathetic character. Season Two continues this trend, with even Sherlock Holmes getting tied into the villain’s plans.

The likes of Irene Adler and Charles Augustus Milverton are brought into the fold, as chaos spreads across London. Even as Lord Whitely attempts to calm the working class with great promises, the evils within Parliament still find a way to stomp on the throat of hope. Thankfully, Moriarty has a plan to keep the higher classes frightened and the lower classes brimming with bravery and power. All of this leads up to “The Final Problem”, a story any reader of Sir Arthur Conan Doyle’s will be familiar with.

Moriarty the Patriot is framed in ways that’d make any fan of narrative mash-ups grin with glee. References to an iconic British spy, an infamous murderer, and even a certain Batman villain are threaded into the narrative in ways that’ll shock and excite. Even if you know everything about the world of Sherlock Holmes, Moriarty the Patriot offers a deep and unique twist to these iconic stories. It may not have the Moffat touch, but it nevertheless serves as the first great adaptation of Doyle’s work this decade!

Moriarty the Patriot can be viewed on Funimation, and has been licensed by Funimation.

How NOT To Summon A Demon Lord Ω (Season Two) 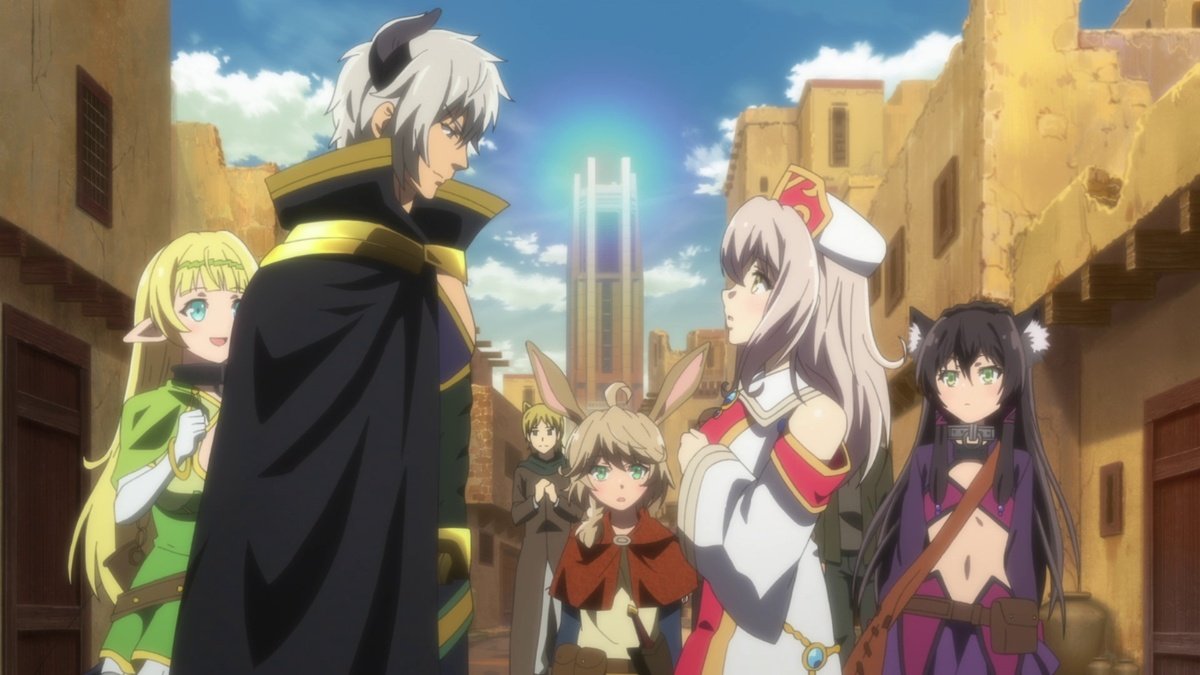 In the world of isekai, How NOT to Summon a Demon Lord cultured like no other anime has cultured before. While many were wonderfully surprised by its second season announcement, some were worried that Tezuka Productions had taken over for animation rather than Aija-do Animation Works. (After all, the former has lost much of its glory that the god of manga Osamu Tezuka gave it back in the day!) Sadly, those worries were valid, as its animation was choppy and lacked the impressive action Season One had.

Fortunately, while the animation wasn’t stellar, How NOT to Summon a Demon Lord Ω still managed to deliver a fun and risqué story. Diablo, Rem, and Shera find themselves helping Lumachina, a High Priestess sentenced to death by the very church she represents. Their journey brings them to a Zircon Tower City, where they set off into a dungeon that Diablo himself made back in the real-world. New friends, enemies, and even old allies enter their journey, leading up to the ultimate fight against a church that has lost its spiritual ways.

How NOT to Summon a Demon Lord knows exactly what kind of show it is, as Diablo is often one leg rub away from getting messy in his pants. The perverted nature of the anime is easy to laugh at, as it’s often hilarious seeing the self-proclaimed Demon Lord try his damndest to not break his tough exterior. But even within the naughtier aspects, there’s a lot of heart showcased in How NOT to Summon a Demon Lord Ω, as well as a good amount of magic and badassery. It may not look as impressive as Season One, but Season Two offers enough tasty morsels to keep the fun going. 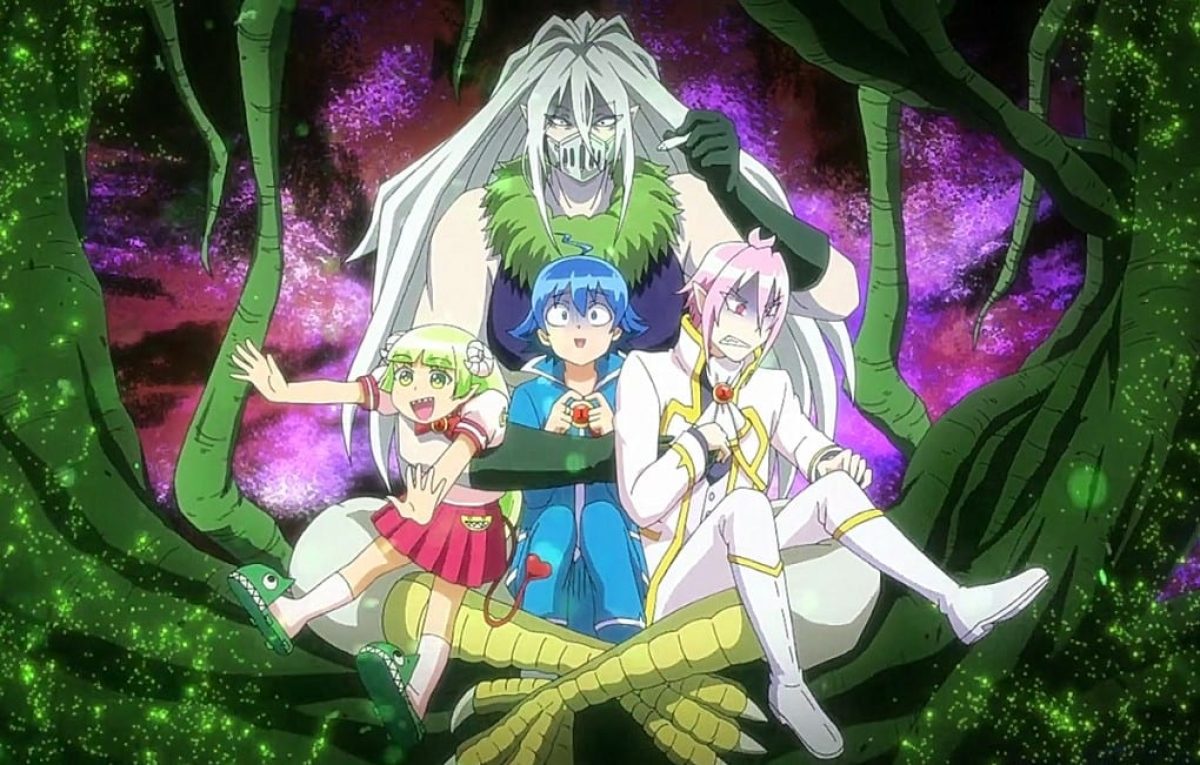 When Welcome to Demon School! Iruma-kun first premiered, not many people paid attention. However it quickly garnered a following, thanks to its wacky premises, good-natured tone, and the delightful marshmallow gremlin known as Clara. Season Two plops us back to Iruma’s school life, as everyone becomes accustomed to their talents and surroundings. But when Iruma’s magic ring gives him a boost of dark magic, a new darker side of Iruma is awakened.

It’s in this moment where Iruma gains the confidence to lift his fellow Misfit classmates to the top. Realizing that their homeroom is trashy and not up to standards, Iruma convinces Azz, Clara, and the rest of his comrades to find a new place to hold their studies. The place they eye: Royal One, which has been in lockdown since the previous Demon King attended school. Even as Kalego attempts to dissuade the others from even attempting to take Royal One, Iruma beams with confidence that the Misfits will claim it as their own.

A show like Welcome to Demon School! Iruma-kun demonstrates a lot of beautiful life lessons, especially when it comes to never giving up hope. Iruma’s tenure in the Student Council, his means of studying for exams, and laying claim to Royal One show off why anyone can achieve greatness with just enough strength in their mind and soul. Series like this don’t come around often enough, as its morals and values can be taken to heart by viewers of all ages. Iruma-kun is a good boy through and through, and his return is delightful enough to make a proud grandpa blush! 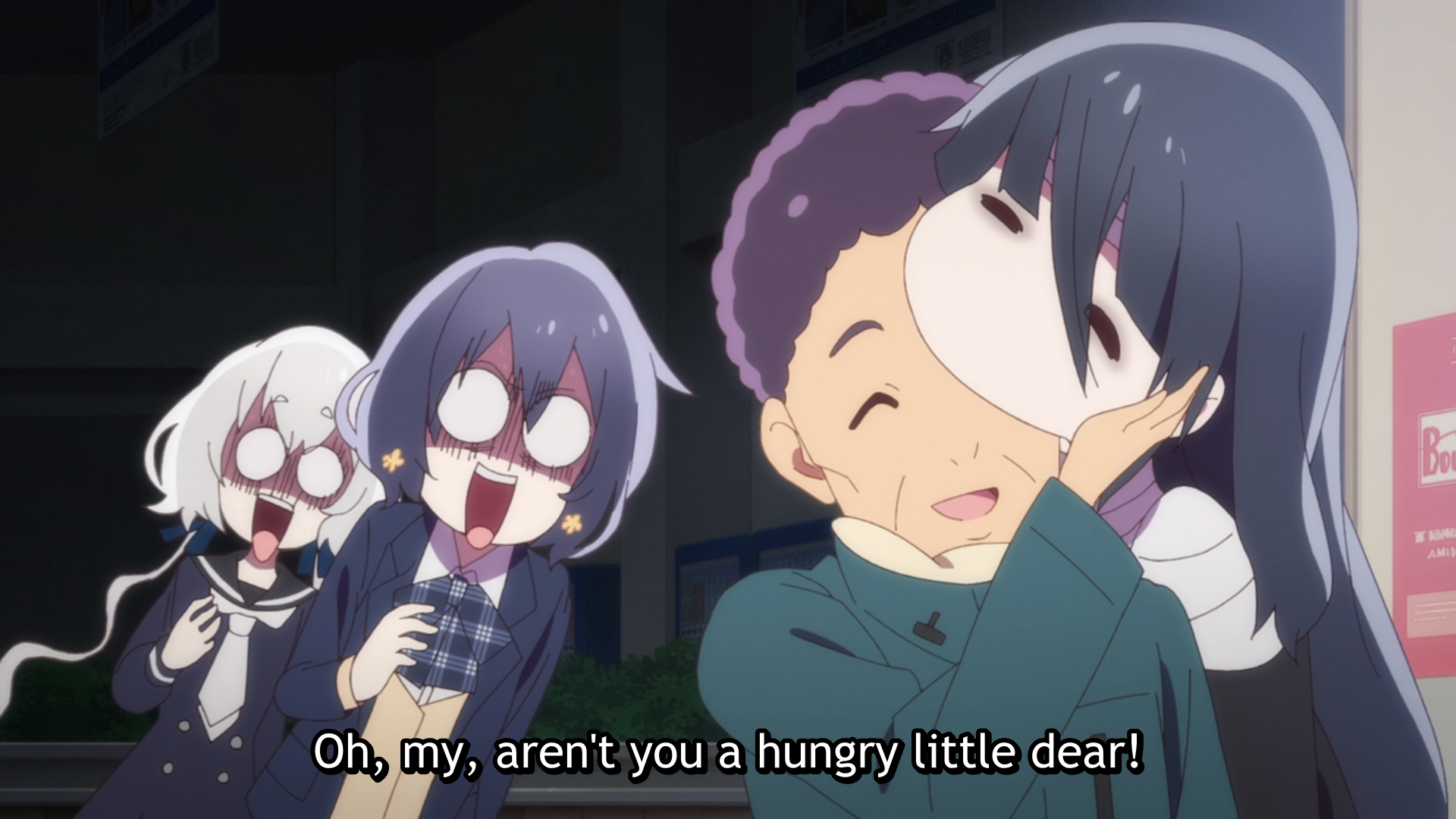 MAPPA’s original music series had an outstanding first season, so how would Zombie Land Saga top what was offered before? Well, how about shoving these delightfully living dead girls back to the bottom! After a failed stadium gig that welcomed hundreds rather than tens of thousands, Franchouchou and their manager Kotaro find themselves broke, taking side jobs, and even hitting the bottle hard! Fortunately, with a little can-do attitude, the idol group crawl their way from the rut and back into the hearts of everyone who witnesses their charm and style!

What made Zombie Land Saga Revenge a delight is how they managed to evolve the characters even more-so. From Tae Yamada single-handily saving the rest of Franchouchou from debt to Ai rediscovering her voice in the group, everyone had a moment to shine like no one else. (Hell, we even got a one-time new member in the form of fan girl Maimai, who gave Franchouchou an extra dose of confidence!) But there were two stories that glowed the brightest: Lily competing in a TV talent show and Yugiri’s gorgeous origin story.

Yet it was the final couple of episodes that cemented Zombie Land Saga Revenge as the best pop idol series around! Kotaro sets Franchouchou up to perform at the very venue that cursed them a year before, as a newspaper reporter threatens to reveal the truth about the zombie idols. The Saga prefecture then experiences one of the biggest disasters Mother Nature could throw at them, but Franchouchou brings everyone together with smiles, cheers, and even a bit of hope. It’s a beautiful narrative that climaxes with their concert, exploding in a way that would make even idol group haters open their hearts to Franchouchou. In short: Zombie Land Saga delivered one hell of a second season, leaving fans waiting for what could be one hell of an encore!

Any shows we missed? Agree or disagree with our opinion? Comment below to share your thoughts on the returning series from Spring 2021!