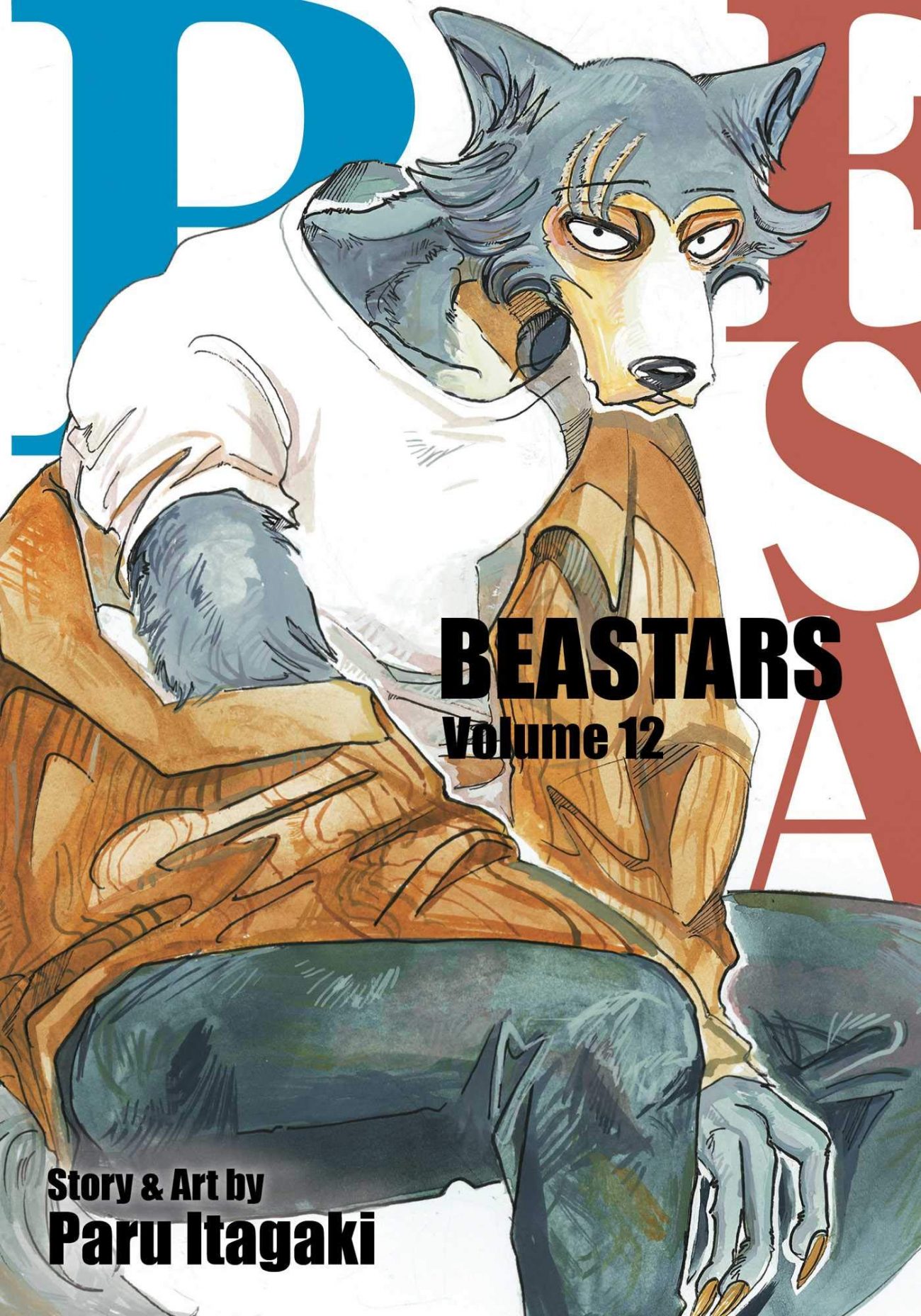 When we last left Legoshi in BEASTARS, he was finally taking care of the long-running mystery of Paru Itagaki’s narrative. He acted heroically, as he took on Tem’s killer with a little help from Louis. But as we begin the series’s twelfth volume, it would appear that there’s no ticker tape parade in store for the noble wolf. In fact, readers will quickly remember that old saying: “No good deed goes unpunished.”

Instead of being rewarding for putting Riz behind bars, Legoshi is forced to register as a meat offender. With this on his record, the wolf can not attend a college with herbivores, take a job that has herbivores as staff, and — worse — cannot date an herbivore. The last one is what hurts Legoshi the most, as that means any possible future with Haru is now nonexistent. With this news, the true hero of our story pulls out of Cherryton Academy, finds himself a new apartment, and attempts to live a new life. 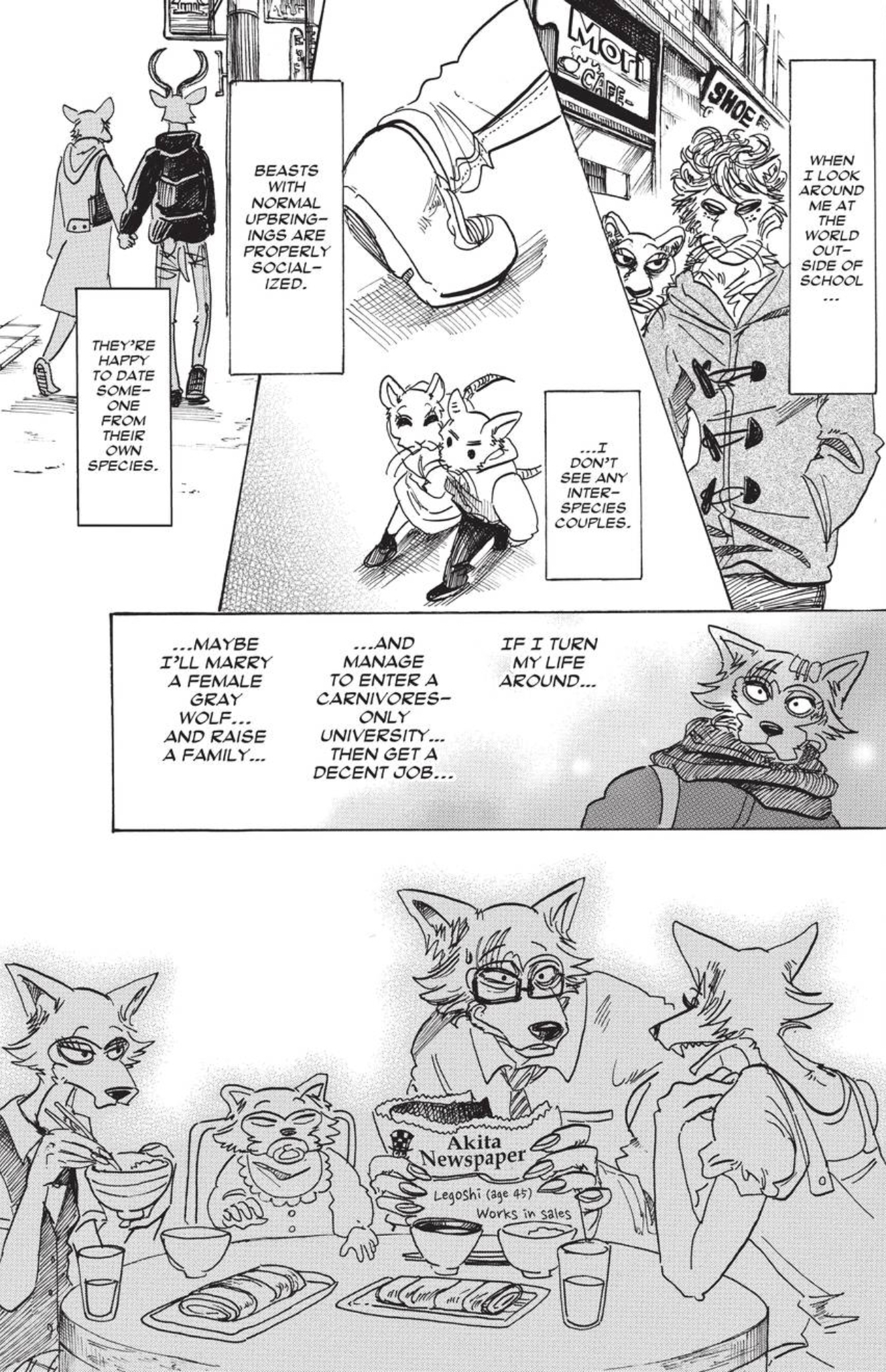 This leads Louis to return to the halls of Cherryton, hailed as the hero for catching Riz and putting him behind bars. It also means that the former Shishi-gumi can be given the title of Beastar, an honor he feels he no longer deserves. As Louis readjusts to his school life, Legoshi — now in the midst of his first job — has an unexpected run-in with his grandpa. But while they catch up and reminisce, an act of discrimination is about to unfold.

It’s interesting to see where Itagaki is now taking the world of BEASTARS, now that the main narrative has reached its end. With that being said, the way it’s setting itself up is shaping to be a tale of consequences for heroic actions. Despite Legoshi’s good nature and kind heart, he’ll forever have to wear a Scarlet Letter that pushes him away from most of society. This means having a shitty apartment in a shitty part of town that he pays for by having a shitty job. Fortunately, he has someone new he can gain a little help from, in the form of his sheepish neighbor Seven. 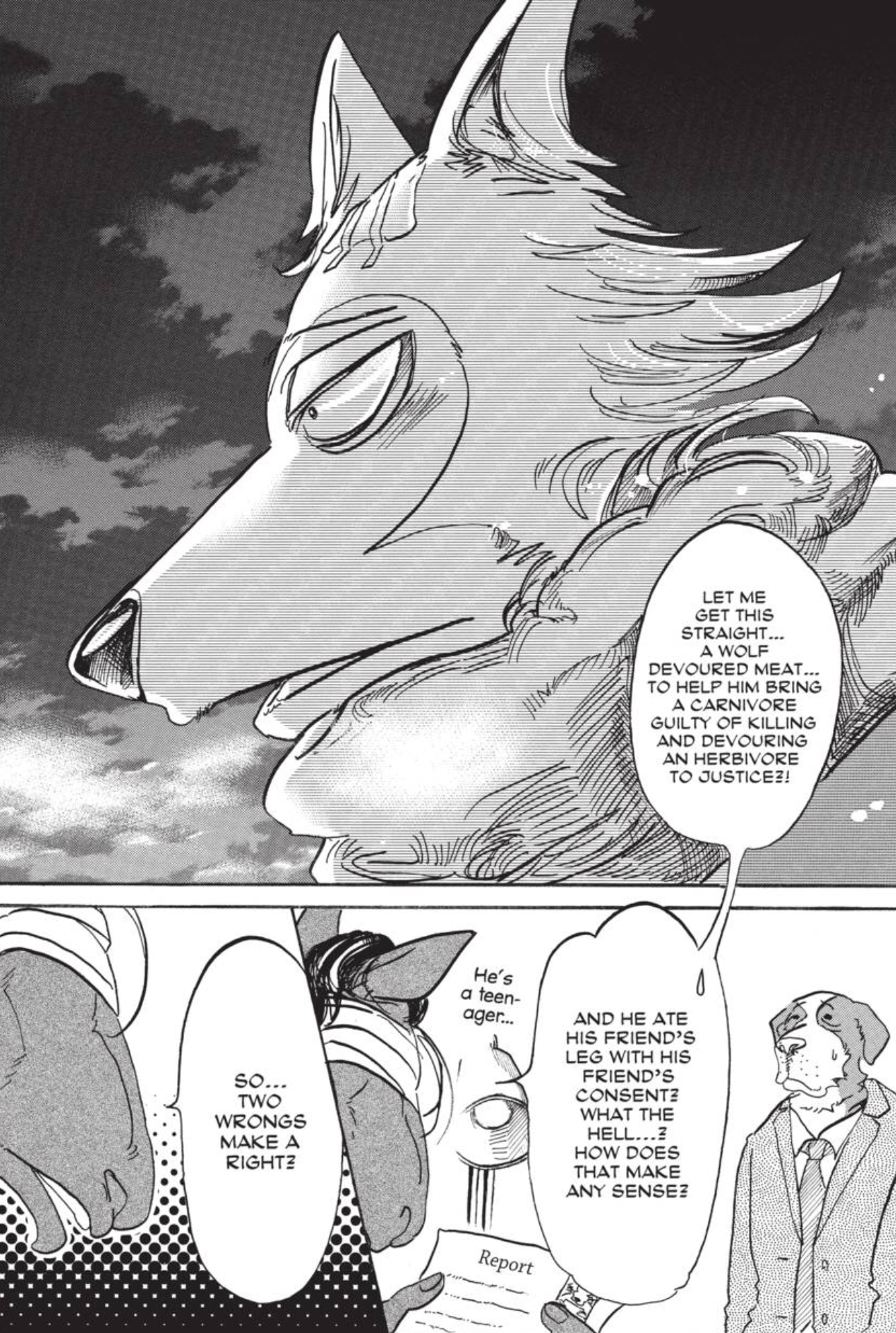 However, this does mean that a lot of subplots revolving around Legoshi’s life have now been put on hold for the time being. This includes his relationship with Haru, which is now in a tricky situation given Legoshi’s punishment for good behavior. While it seems like we’ll be following more of Louis’s return to power in the Cherryton hallways, one wonders if it’ll be the same without having Legoshi there as his catalyst. There’s also the addition of Legoshi’s grandfather — who also has quite the interesting back story to share — who may be of assistance when it comes to bringing the wolf back on the path towards public redemption.

Although the storm may have passed, there’s a chance that BEASTARS may actually be in its eye. Things may be going back to normal slowly in the eyes of society, but there’s a hint of something nefarious in the air. Readers may get a slight peek into what that is due to how the volume ends, but with another ten volumes to go before the series ends, it’ll be awhile before we see Itagaki wrap that up on our side of the ocean. Still, even if Volume Twelve of BEASTARS is a mere cleanup of one arc and a building to the next, how it’s currently being framed will no doubt take its fans by surprise. 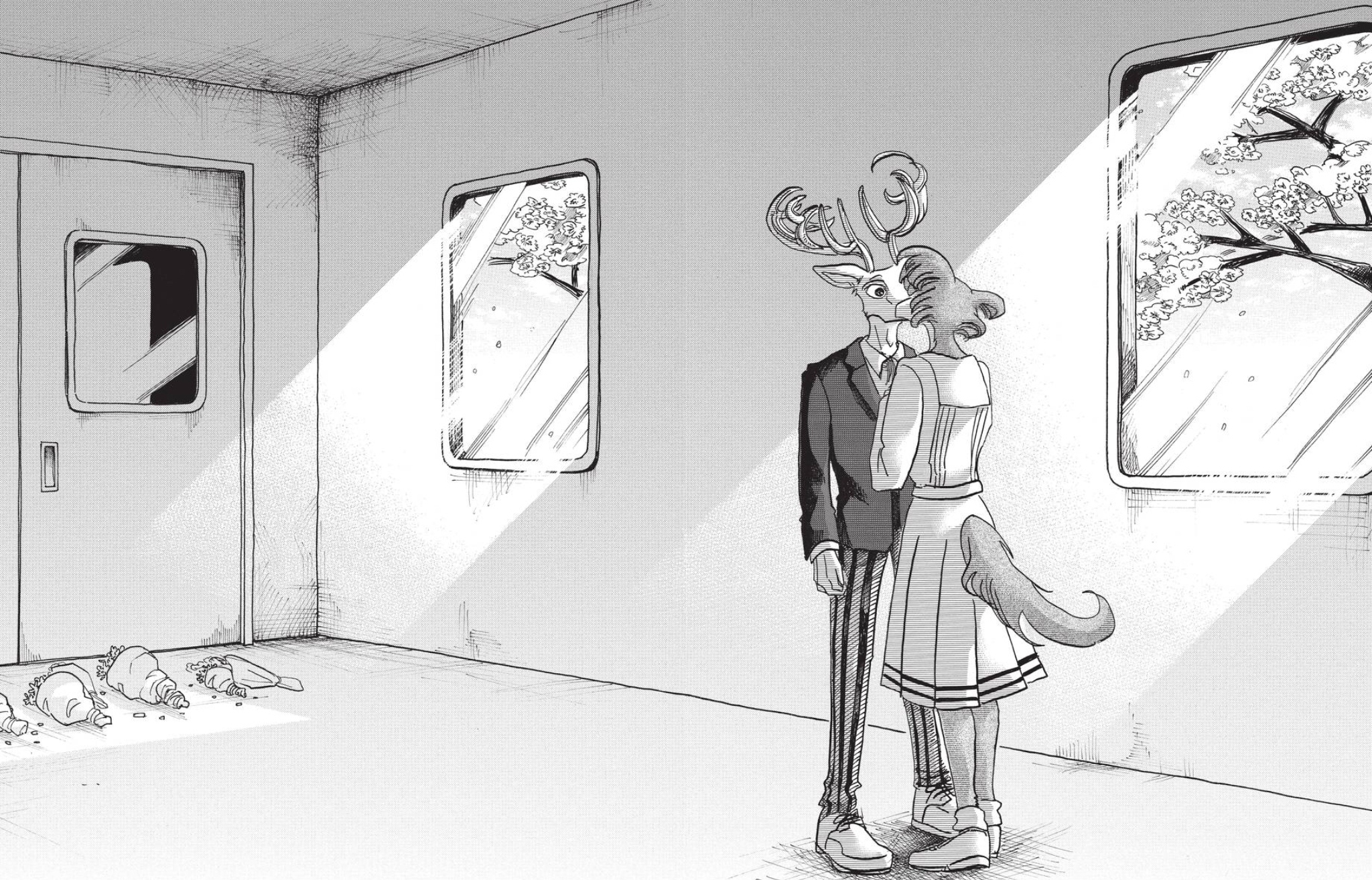