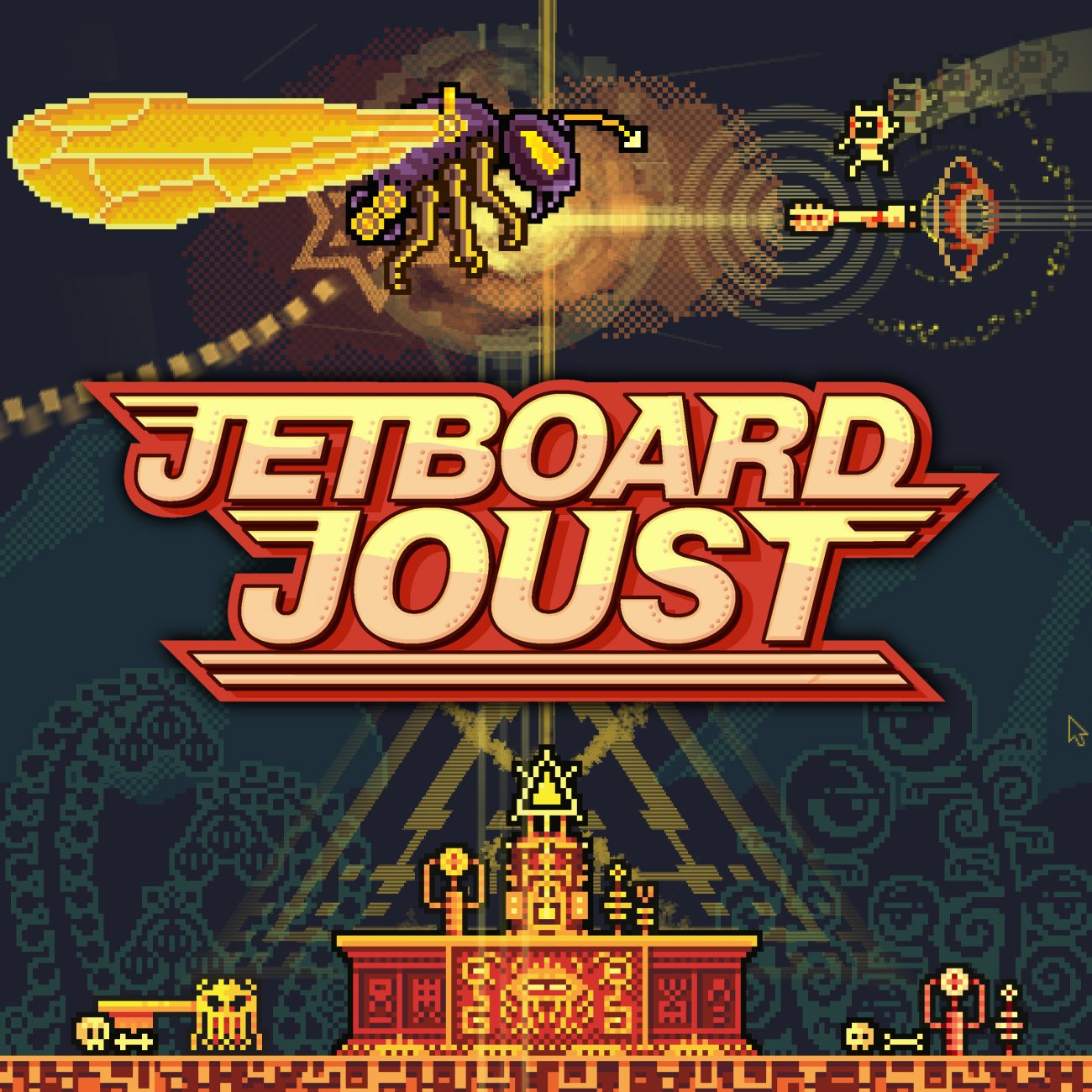 Even over forty years later, the likes of Galaga, Space Invaders, and Defender still find a way to excite. Yes, the graphics may not be as spiffy as a PS5 or high-end PC game, but when a game is fun and tough-as-nails, who cares how it looks?! Perhaps it’s this mentality that led BitBull Ltd and Freedom Games to bring Jetboard Joust to life. And despite its visual aesthetics, this game offers wall-to-wall insanity!

In Jetboard Joust, players take control of a hoverboard-flying hero in outer space. Five planets are under attack by some invading scum, and it’s up to you to defeat them all. As you roam each planet, you’ll come across enemies that attack, spin, abduct, and do anything it takes to make your job to protect tougher. Fortunately, you have quite the arsenal packing to waste any foe that stands in your way. 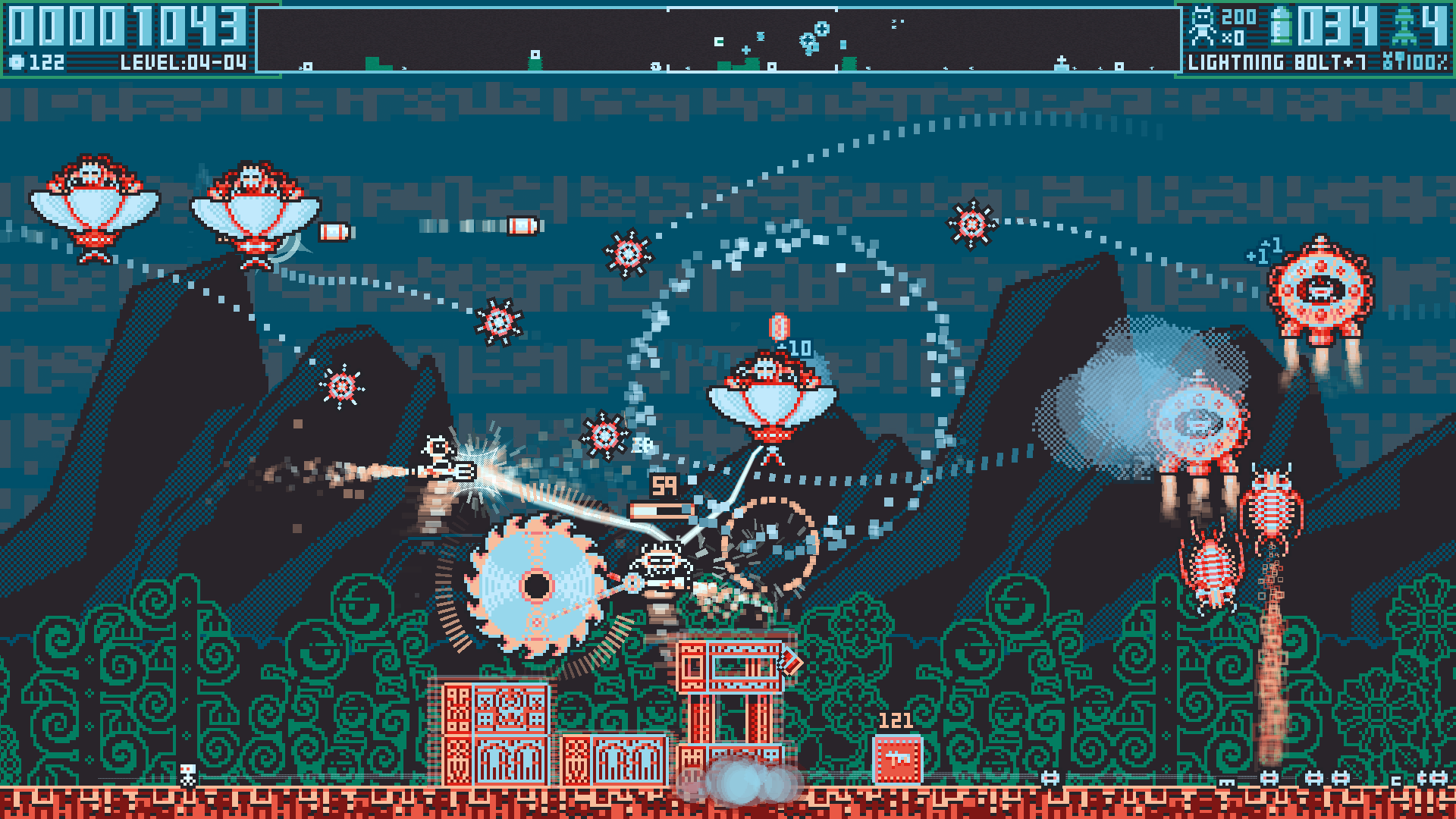 What makes this game a thrill is that it immediately shoves you right into chaos! Just as you arrive on the first planet, everything that flies around you wants to kill you. On top of that, any citizen on the planet’s surface is also a target, with enemies grabbing innocent people and trying to bring them back to their lair. Thankfully, your pistol has unlimited ammo, meaning being out of bullets mid-flight won’t happen.

Jetboard Joust is a bullet-hell experience through-and-through. When enemies are around, you’ll find yourself constantly shooting your weapon while they return the favor. Players can also grab some powerful secondary weapons, ranging from Gatling Guns and shotguns to gamma rays and plasma rifles. While you have a limited amount of ammo for those, it’s somewhat easy to find more bullets lying around when the time calls for it. However, you’re unfortunately only allowed two weapons at once, so one may be forced to switch secondaries frequently via a weapon holder on each level. 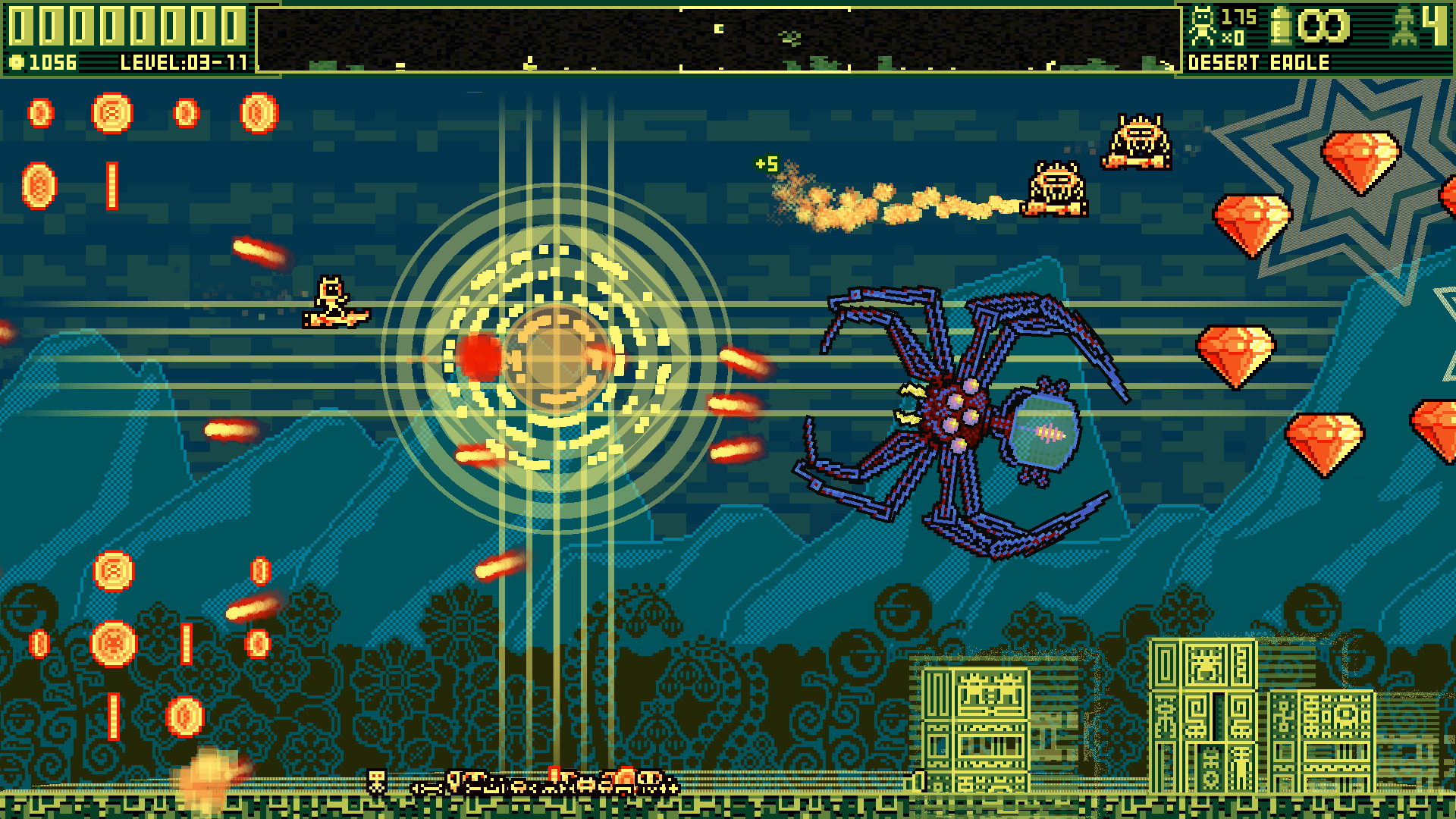 At the end of each level is a more chaotic boss battle. Sometimes, it’s just a suited-up invader with more HP, which can take a few moments to take care of. Other times, you’ll find yourself being chased by a trio of ultra-tough space bugs or dreaded floating eyes of death. It’s here where Jetboard Joust shows its muscle, as these battles rage on with extreme difficulty.

Don’t be surprised when you find your hero plummeting to their death after a good fight, so you best save your coins to keep the battle waging. If you don’t have any lives to spare, you’ll find yourself using your in-game currency to continue onward. This amount keeps doubling each time you die, making your life cost more than what you have in-pocket. As money can be tough to earn, you can expect to keep soldiering on maybe one or two times before you’re forced to start from a past checkpoint. 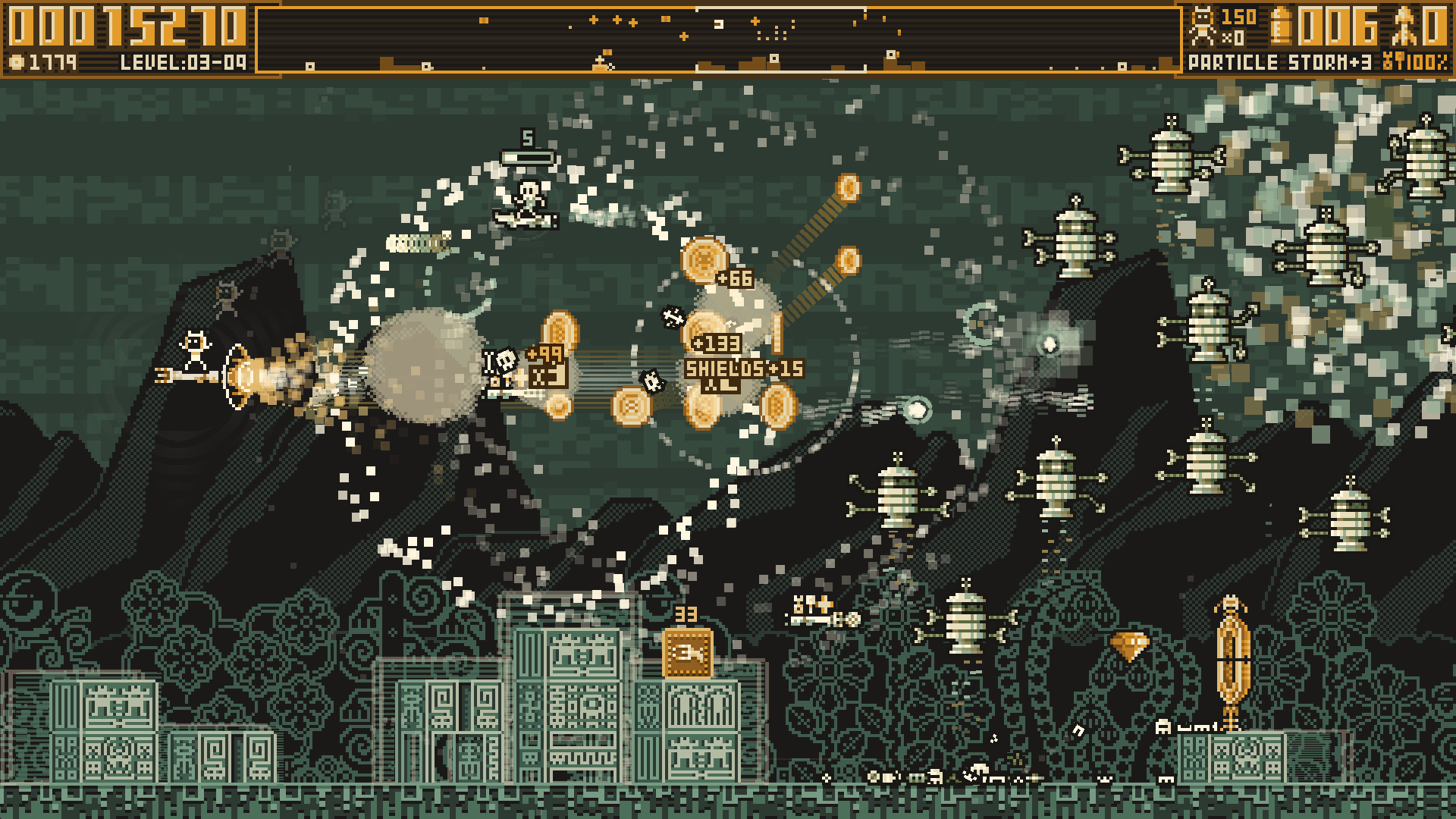 If you succeed in each level, you’ll be granted access to a special room filled with coin, diamonds, and new weapons. Besides game continues, the cash you earn can be used to buy weapon, suit, and jetboard upgrades to make your hero stronger. However, right at the start, many of the main upgrades cost a pretty penny, meaning you could be forced to play through a few levels before you can add more shield power or health. This can be a pain to go through, especially if you find yourself in a never-ending loop of dying and buying an extra life.

Despite this irksome game mechanic, Jetboard Joust is easy as pie to play. You only need one button to shoot, and using the D-Pad or left Joy-Con lets you hover. Pressing B gives you the chance to hurdle yourself at enemies (or run away from them), adding an extra means of defeating foes when it gets a little too crazy on-screen. These simple controls help to match the game’s feels to its looks, whose sounds and visuals feel straight out of an early 1980s arcade.

Fans of retro-looking titles will find plenty to love with what Jetboard Joust has to offer. It’s nonstop excitement has a blink-or-miss attitude, keeping players on their toes at all times. Even if you haven’t played a video game since the era of ALF or the first Tron, you’ll find Jetboard Joust easy to play, and hard to quit!