After treading through ten volumes, we’ve finally reached the moment we’ve been waiting for in BEASTARS. The stage is set, the curtain opens, and the fight is about to begin. Legoshi goes face-to-face with Tem’s killer, in a do-or-die bout that’ll answer the ultimate question: can carnivores & herbivores truly coexist?

New Year’s Eve finally arrives, as Legoshi puts his final preparations together to fight Riz. As the wolf and bear are about to claw each other to pieces, another star in BEASTARS’s cast has an epiphany of sorts. Louis chooses to leave the Shishi-gumi, which leaves Ibuki struggling to convince the deer to continue leading the lions. On the last day of the year, big changes in the lives of Legoshi, Louis, and Riz are about to happen... 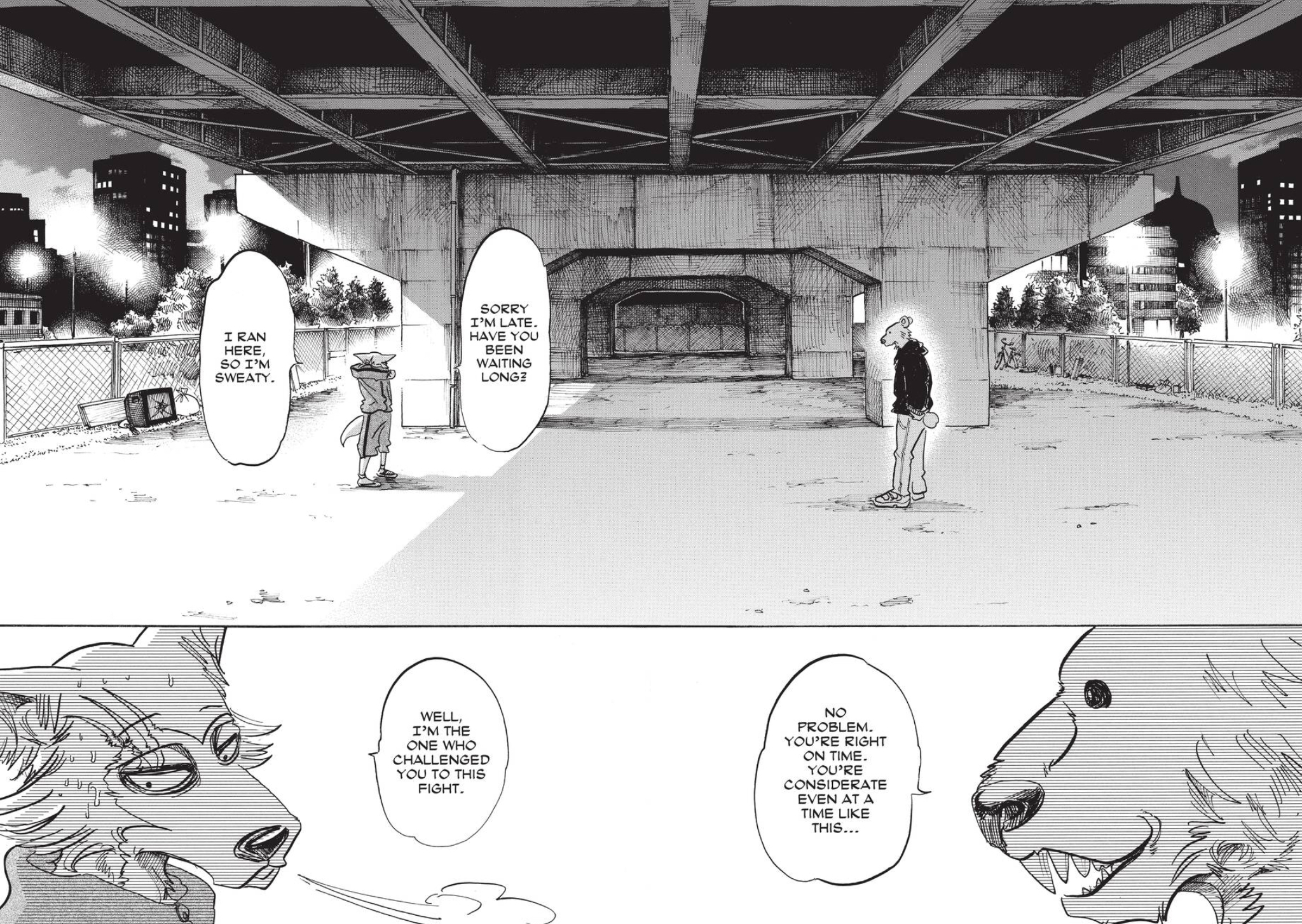 There is a lot to digest in this volume of BEASTARS. On top of the fight that occurs between Legoshi and Riz, Louis finally realizes what he sees his wolf club mate as. The story isn’t about who is the toughest animal is, nor is it about the rise of a once-timid student. As corny as it sounds, Paru Itagaki’s manga is about the power of love and friendship.

What Legoshi and Louis have is a friendship that’s bursting with trust and respect. It took Louis leaving the Shishi-gumi to see just how much he appreciates having Legoshi in his life. Legoshi knows this too, as Louis offers him another leg to stand on in order to complete his match with Riz. The bear, seeing just how far the two of them will go to keep the faith in one another, now knows that what he and the murdered Tem had was not on the same level; in fact, it wasn’t even close. 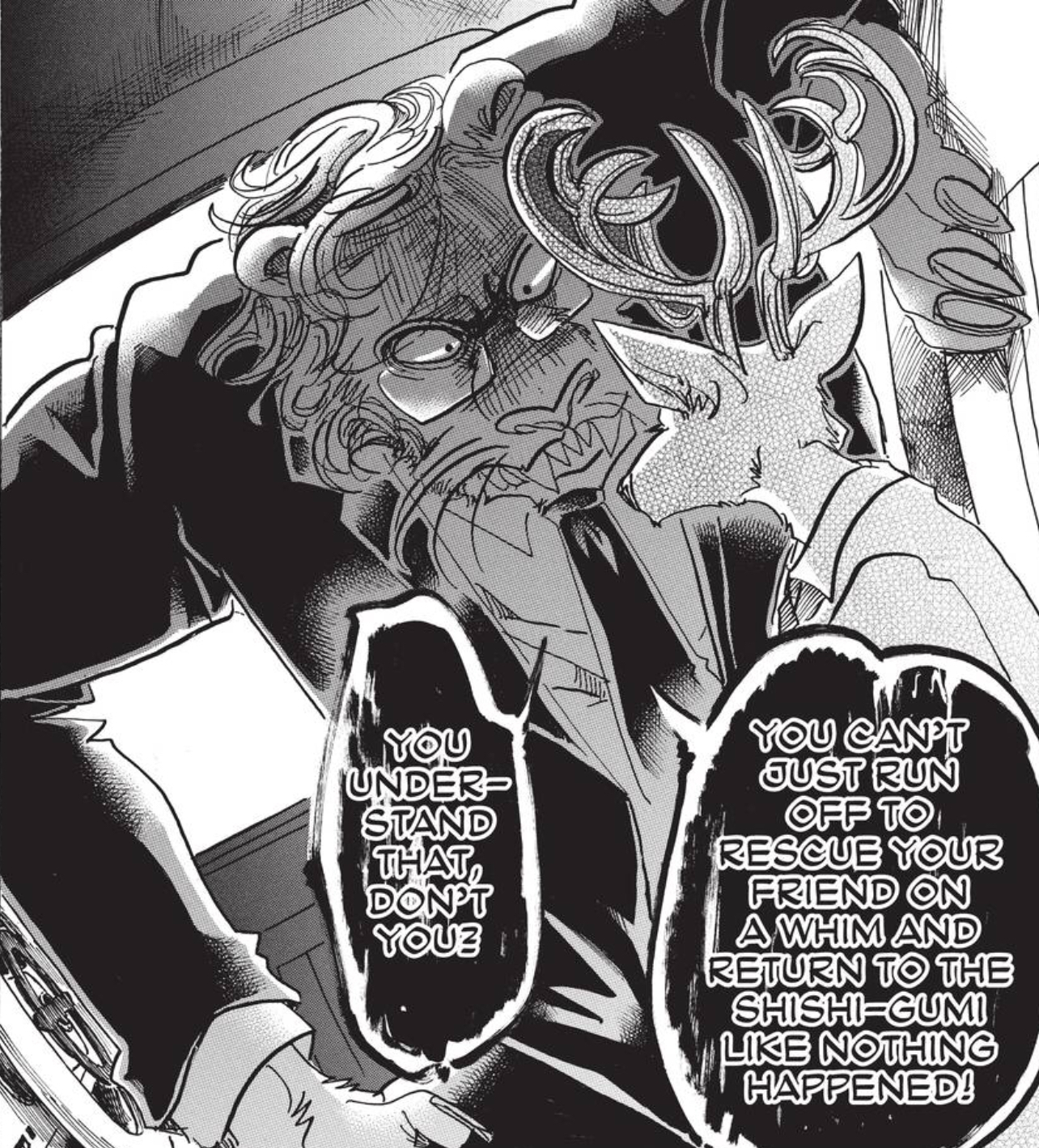 The battle itself is surprisingly not as intense as the one we saw in the previous volume. Quite the contrary, the battle between Riz and Legoshi is more conversational than physical. Legoshi finds a way to get into Riz’s head, and — in a way — Rizu allows himself to let his guard down. It’s a feat that lets readers know just how strong of an animal Legoshi is, with his tough body still being no match for the brains and heart that the wolf has.

Volume Eleven of BEASTARS is the ultimate turning point of this series. With the battle over, it’ll be interesting to see just how these students will continue on with their lives moving forward. Nevertheless, Itagaki’s writing style has shone brighter here than in any other volume of BEASTARS, with the battle between Legoshi and Riz being both satisfying to the eyes and mind. 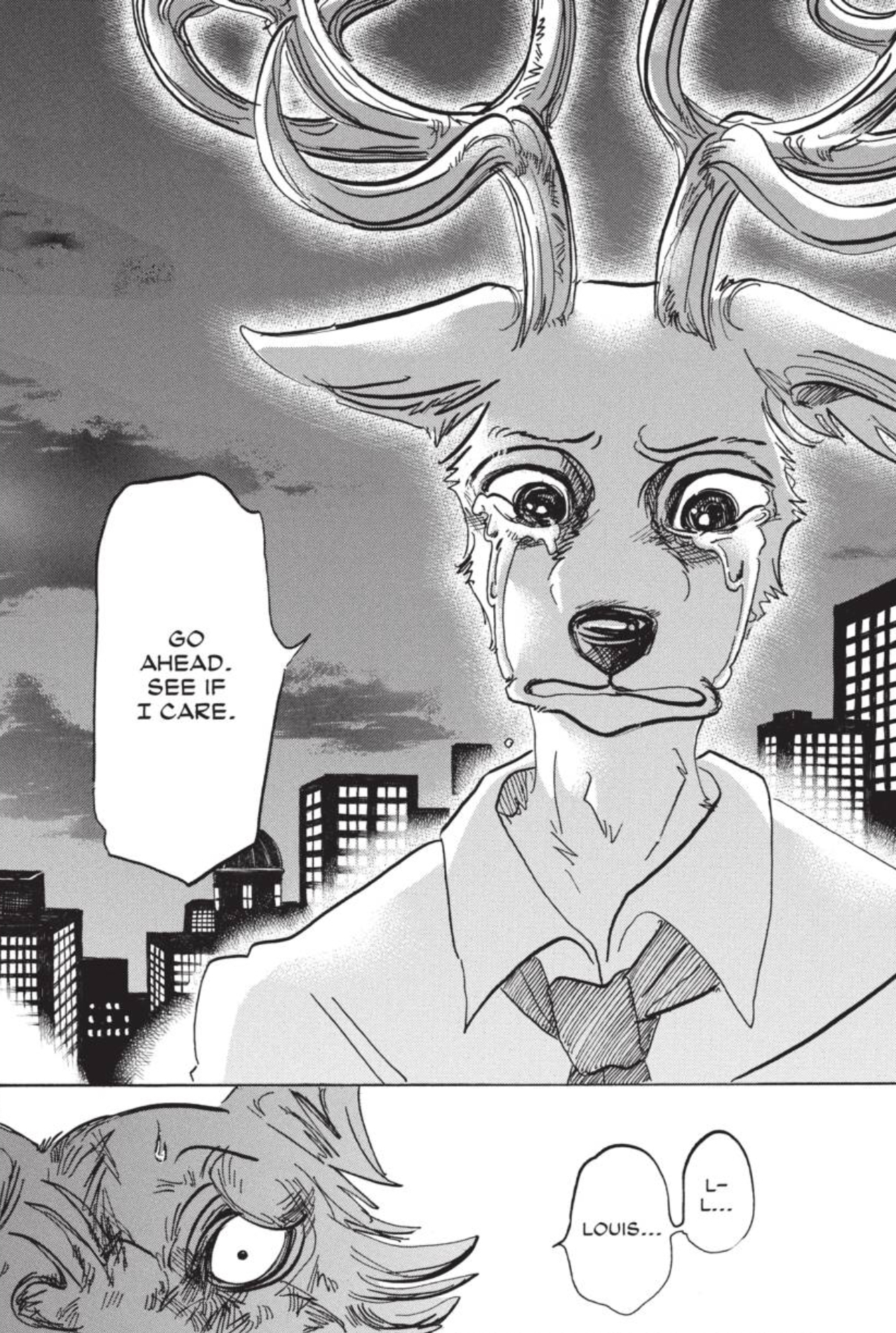