The Touhou series has expanded in many ways since its inception in 1995. Created by Team Shanghai Alice (which is run in a one-man operation via Jun’ya “Zun” Ōta), the doujin franchise has spanned shoot ‘em ups, fighting games, manga, fan animations, and even music projects. Perhaps the strangest of all of these projects is one by the name of GENSOU Skydrift, which made its debut at Comiket 87 back in 2014. Years later, the ladies of Touhou hit the PS4 and aim to burn rubber.

If you’ve ever played a Mario Kart title (which a developer of this game worked on), then you’ll know the drill. Players go the Double Dash route by choosing two Touhou characters to race as. One acts as the board, and the other the driver (which can be switched mid-game at any time). Riding through grassy countrysides, dark caverns, and tall mountainy areas, your objective is to be the #1 racer riding across the finish line. 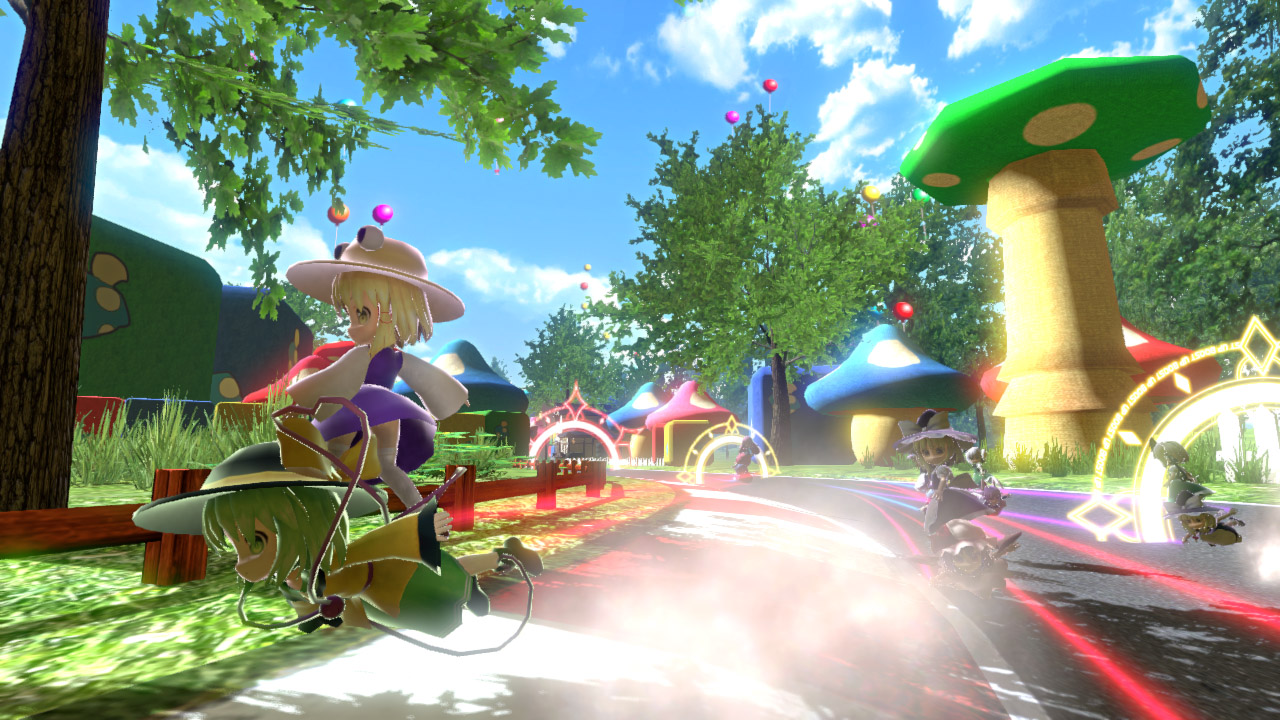 Developed by illuCalab., GENSOU Skydrift also focuses on a story revolving around an influx of magic that the race tracks were created by. In the campaign mode, it’s explained at the characters are having their energy drained by these tracks, which is why they take turns riding one another in order to conserve their magic. Riding through the levels, racers will be able to find secret paths and alternate routes that will help them gain the victory much easier. There’s also an assortment of power ups that’ll aid in either gaining the lead or stopping an opponent in their tracks, which is where this game actually shines!

Presented as Spell Cards, the powers racers can obtain range between three levels. Level 1 has your speed and knife magic, which helps a little when dealing with an opponent that’s just a hair’s away from you. For Level 2, hinderances such as time clocks and heavy anchors will assist in gaining a bit more traction in the long run. However, Level 3 Spell Cards can have you firing multiple laser beams or initiating storms that’ll blow racers off the track, a perfect means of guaranteeing a victory. 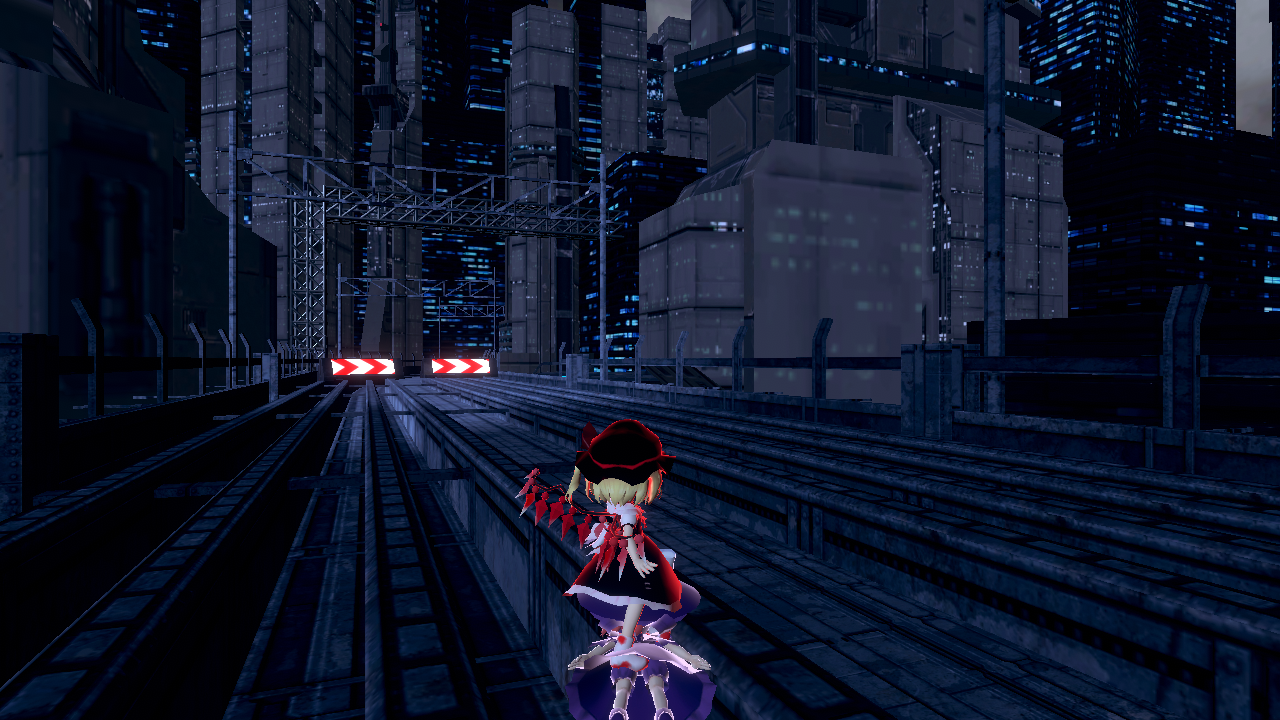 Most impressive about GENSOU Skydrift is its control mechanics. While it took a little bit to get used to the Japanese-styled layout of racing controls, it becomes a cinch to ride off with your Touhou girls towards the checkered flag. Perhaps the best part is the drifting elements, which feel a lot smoother than most other kart racers out there. Of course, it doesn’t help when dealing with hard turns, which feel almost impossible not to avoid getting stopped at.

This does lead to my first complaint with the game: the track layouts. While they’re okay for the most part, I couldn’t help but notice how many of them feel similar to one another. Although it’s not a situation where it’s a mere copy-and-pasting of multiple tracks, there were times where certain pathways and the like felt the same as other tracks I’ve experienced in this game. It’s no dealbreaker by any means, but the feeling of deja vu may occur when playing some tracks back-to-back. 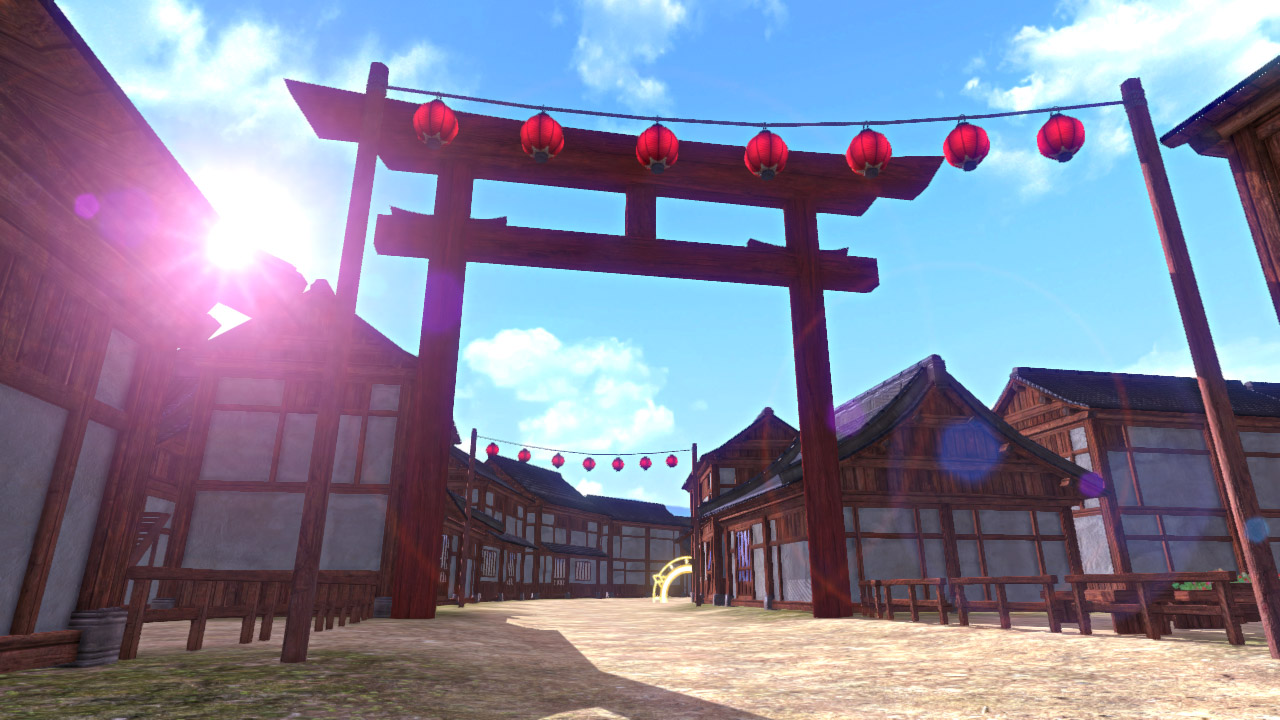 While the characters of GENSOU Skydrift look cute and polished, I can’t say the same about the tracks themselves. Where the racers look more akin to early PS4 graphics, the levels feel straight off of a PS2-era kart game. It can be jarring at times when seeing two different game time periods attempting to blend in with one another, and it doesn’t result in some sort of cross-generational magic. Instead, it looks — to be frank — cheap.

The last bit of band news comes in the form of its online community. Rather, it appears GENSOU Skydrift doesn’t have one on the PS4 (at least whenever I was up). Either in Free Mode or Ranked Mode, there was no one I could find that was looking for a racing challenge. A disappointment, considering how huge of a following the Touhou realm has. 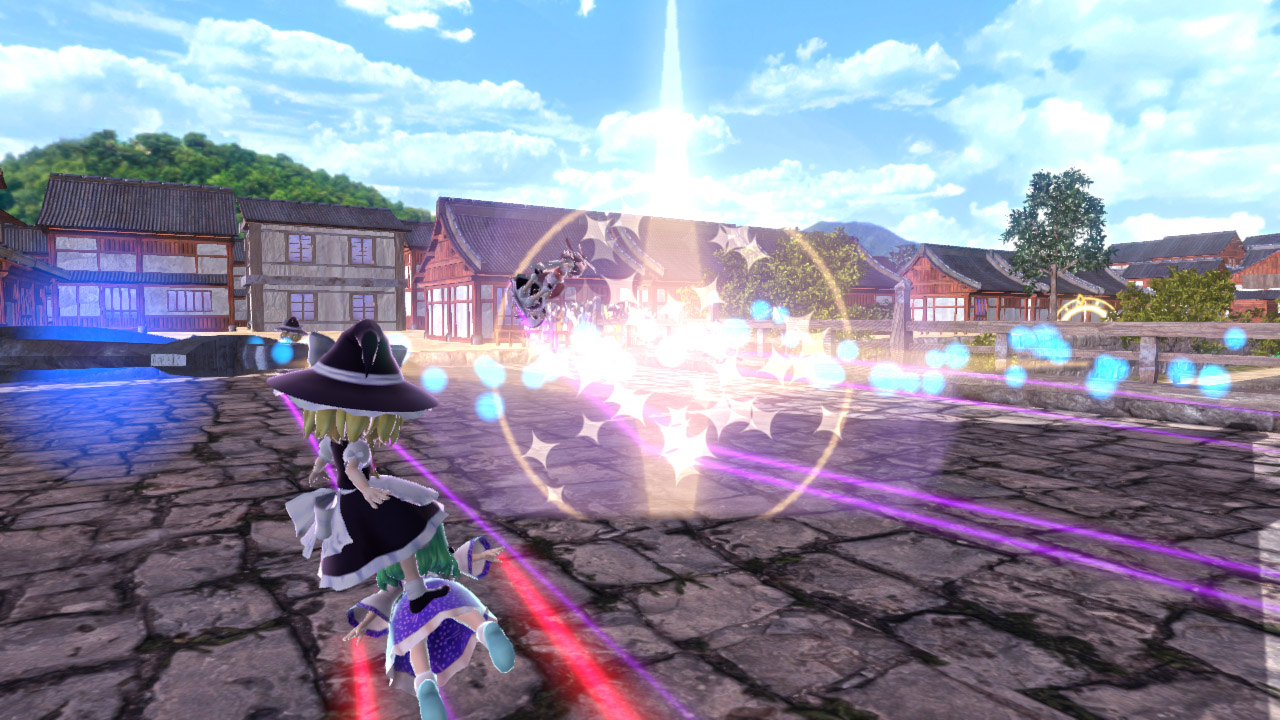 Despite this setback, there’s still plenty offered in the game that make it worth at least checking out. Winning races and completing campaign mode will also give you the chance to unlock more racers and tracks for future play. One other thing good about this title is the difficulty of the AI racers, which offers you a good run for your money if you want to speed past them. However, don’t be surprised to see someone speed right past you mere moments before crossing the finish line (which happened to me on a few occasions!).

GENSOU Skydrift isn’t the best kart racer out there, but it’s far from the worst. There are plenty of characters and levels to choose from, and I dig the amount of care placed in the Spell Cards. However, the similar track designs and subpar visuals may turn off certain people.

Promotional consideration provided by Cody Furniss of Stride PR. Reviewed on the PS4.