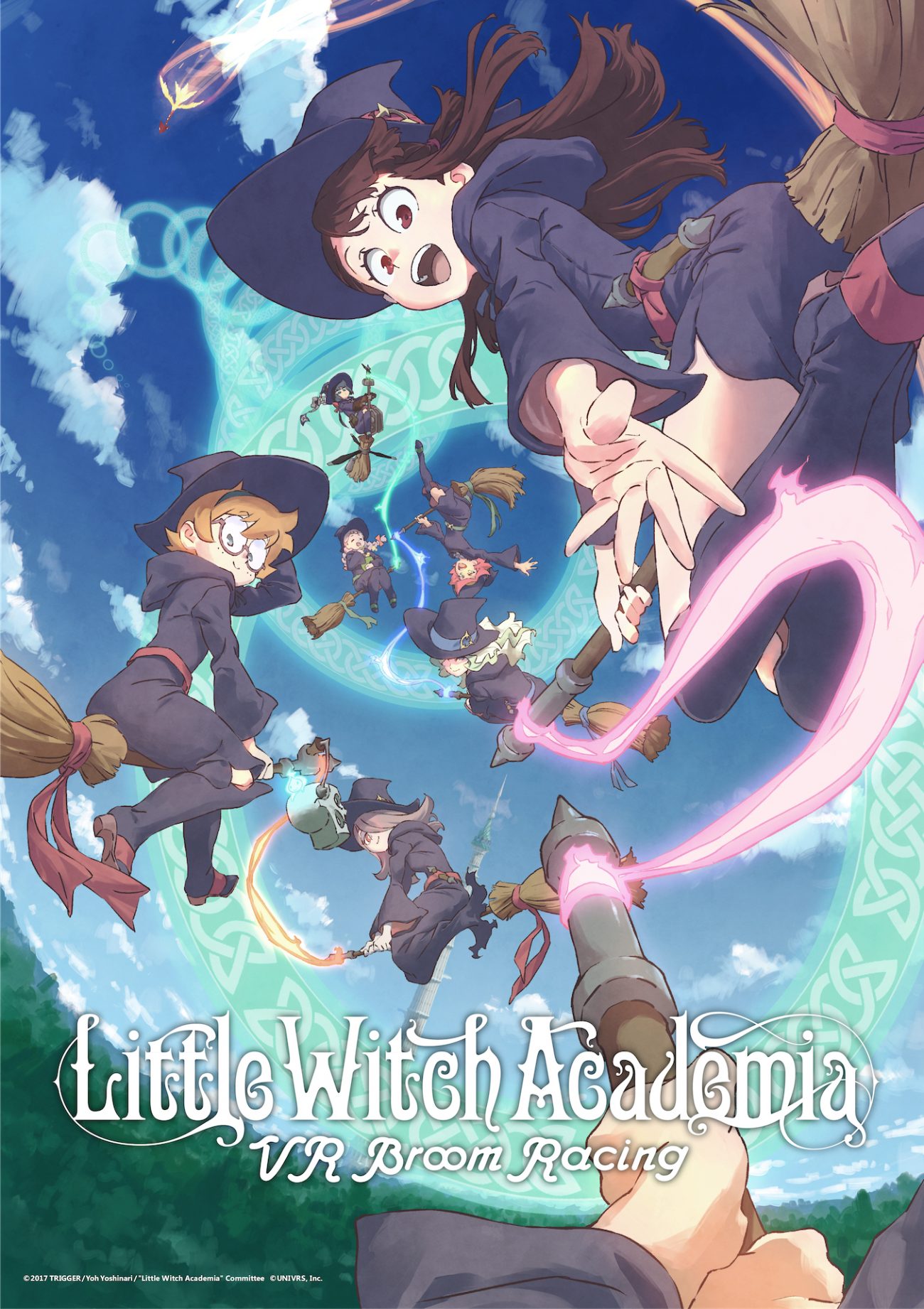 Studio TRIGGER’s Little Witch Academia is a gem of an anime. The characters, worlds, and adventures of Akko, Lotte, and Sucy are filled with the sort of charm that Disney wish it could conjure up. While there have been other forms of media that take place within the confides of Luna Nova Academy, none have yet to give you the proper feel of being a witch-in-training. In UNIVRS’s Little Witch Academia: VR Broom Racing, that feel is offered in a tasty-yet-chewy morsel.

The game has you arriving on the campus as a renowned guest. Akko and the rest of the students decide to show you the ropes, especially when it comes to flying. Once you’re used to being on a broom, the fun begins as you race through all of the magical realms from the original anime. But as this is going on, a strange overflow of magic overtakes Luna Nova. 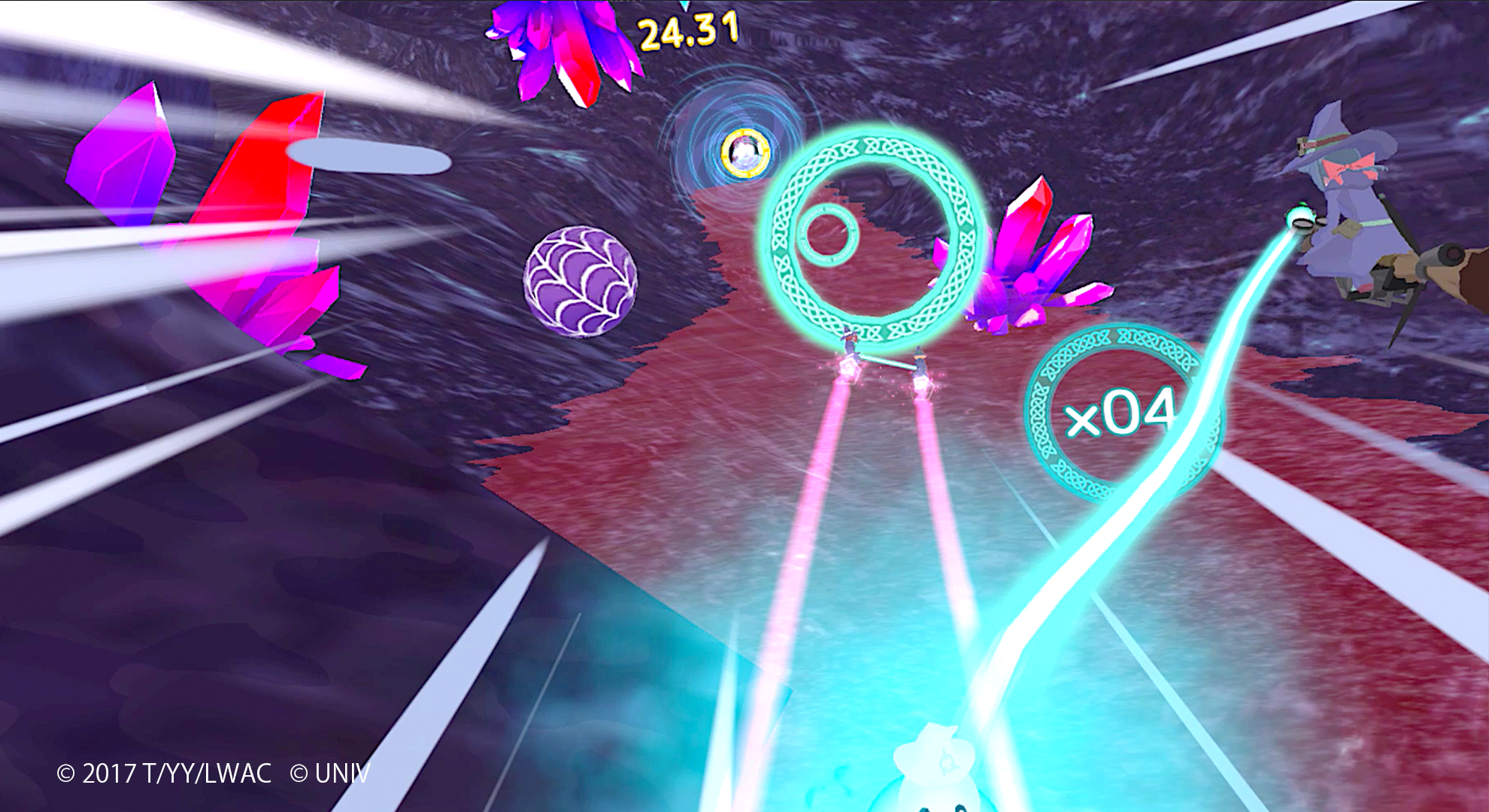 As the title suggests, most of your time will be spent participating in broom racing. These races will have you facing off against many of the other colorful characters of Little Witch Academia, much akin to Mario Kart. You can obtain magical power-ups that range from speed enhancers to traps that slow down your opponents both ahead and behind you. With enough victories under your belt, you can start using the points and tickets earned for new upgrades & brooms.

Using your DualShock 4 controller and your PlayStation VR helmet to steer can be tricky at first. As strange as it sounds, for a fantasy game, UNIVRS placed a lot of attention to how one maneuvers to the point of realism. Moving around tracks, flying through rings, and grabbing power-ups gives you a surprisingly surreal sensation that makes you almost feel like you’re truly in the air. In some cases, the flight controls are as on-par as one would find in a VR ride at Universal Studios. 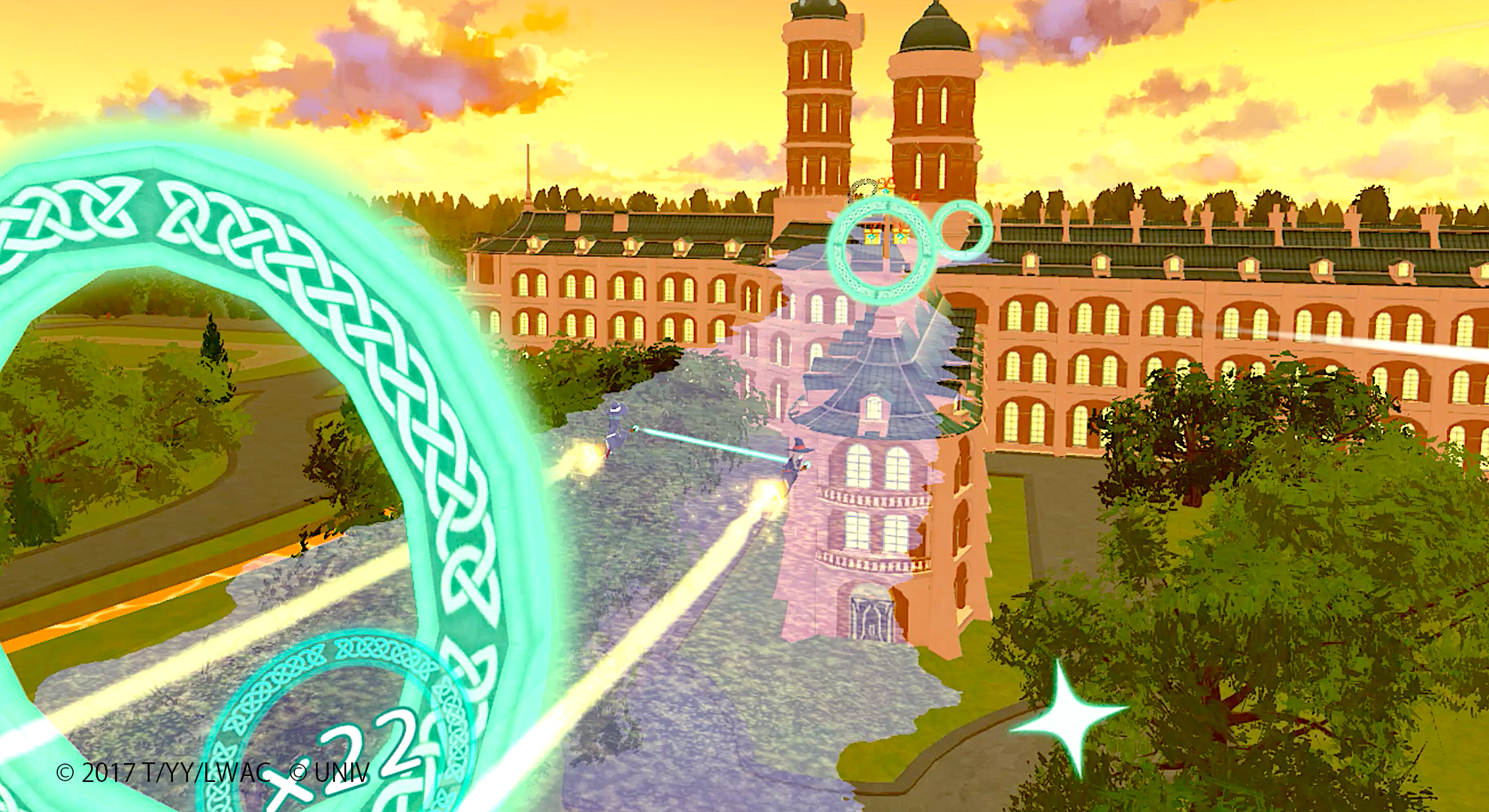 However, not everything about the gameplay is stellar. While the flying and racing is great, there are levels revolved around hunting ghosts that feel more like a chore than true fun. Attempting to shoot these spirits while keeping yourself on the track is a bit too much multitasking in some areas. There are even ghosts that appear underneath the track, making them impossible to deal with as you’ll be kicked back up onto the map as soon as you get close enough to attack. When these levels popped up, I almost always greeted them with an exasperated sigh.

Thankfully, it’s more about zooming past opponents in Little Witch Academia: VR Broom Racing. Roaming through Luna Nova, Arcturus Forest, and even the mushroom-loving mind of Sucy brings a sense of adrenaline when you hit top speed. With that being said, there are some parts of a course that have a bit too sharp of a turn to make, forcing you to swerve your body around to find the right path way. (Yes, there is a brake system, but even slightly slowing down can cost you the victory in the end.) 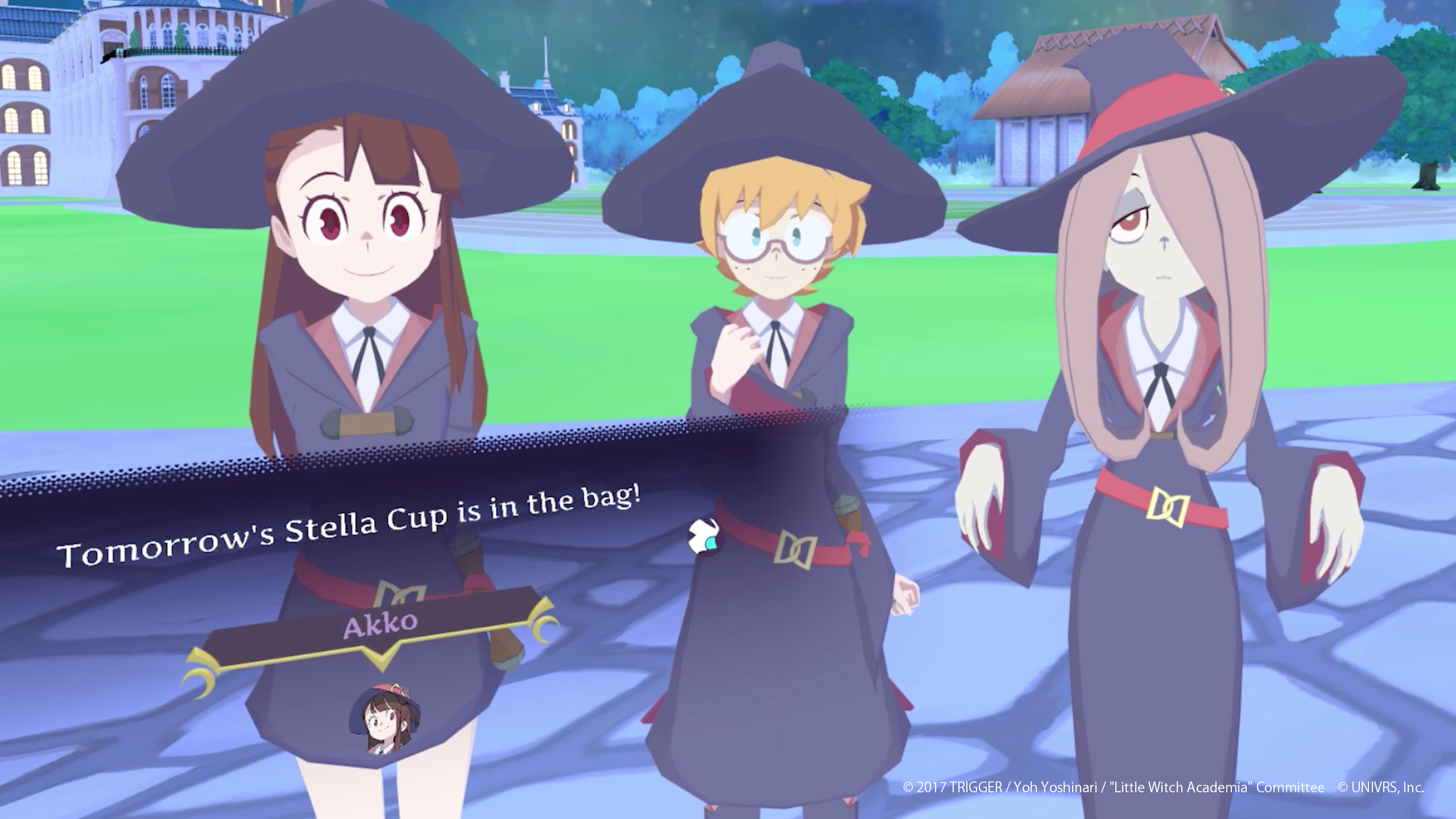 The real draw of the game is being able to experience the world of Little Witch Academia. With a story written by original creator Yoh Yoshinari, you are placed front-and-center of a new adventure with Akko and the gang. TRIGGER’s trademark humor and whimsy are very evident in the dialogue and narrative, which is presented with bright personality by the English dub cast. However, there are some rough edges in the graphics, with the game looking more like a PS3 title than a PS4 one.

An online mode exists as well, where you and your friends can free-fly through Luna Nova’s campus. Sadly, I couldn’t find anyone to share this magical experience with, so I can’t really comment on what this mode is like. I tried flying on my own, but the mode wouldn’t leave the menu area for me to experience it.