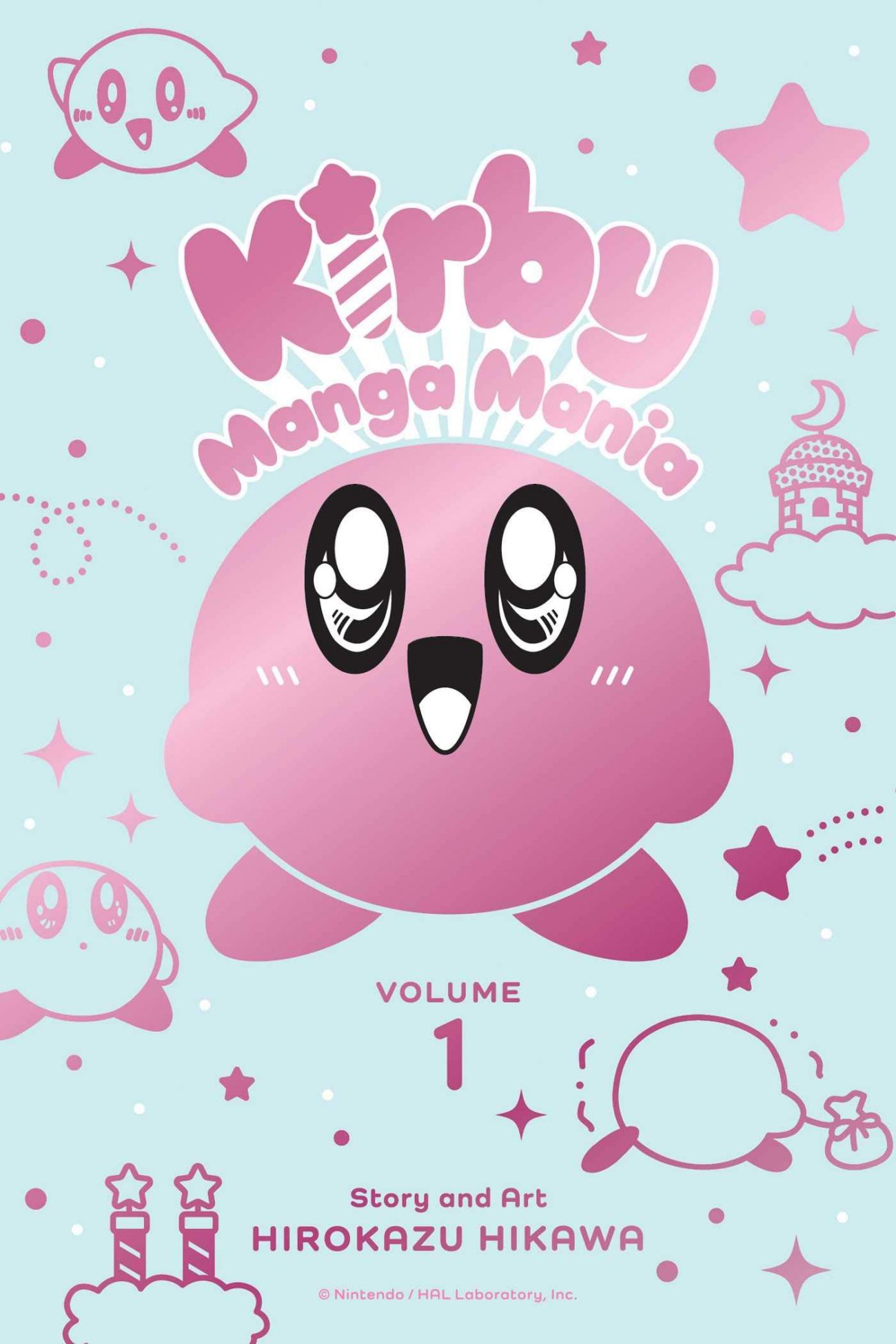 Out of all of Nintendo’s characters, the cutest and most innocent is the pink fluffy hero Kirby. Throughout the decades, Kirby has protected Dream Land from the likes of King Dedede. Despite his toughness and unique skills, Kirby’s mannerisms have been shown as being like a sweet innocent child, one that wouldn’t harm a hair on the head of the innocent. But in Japan — for the past 25 years — manga author has been showcasing the truth about our so-called hero in the series Kirby Manga Mania.

After reading through VIZ Media’s first volume, which showcases highlights from the original series’s 25-volumed run, it’s apparent that we in the West have been bamboozled! Kirby is no cutesy hero; he’s a Goddamn jerk!!! In fact, one could say that we owe King Dedede an apology for all the times we placed the blame of Dream Land’s problems on him. Hikawa’s showcase of Kirby, Dedede, and the rest of Dream Land’s citizens almost always show who the true chaos creator is in the series. And if you need to know who, one just needs to look right at the cover and see the smiling face and doe-like eyes of the psycho! 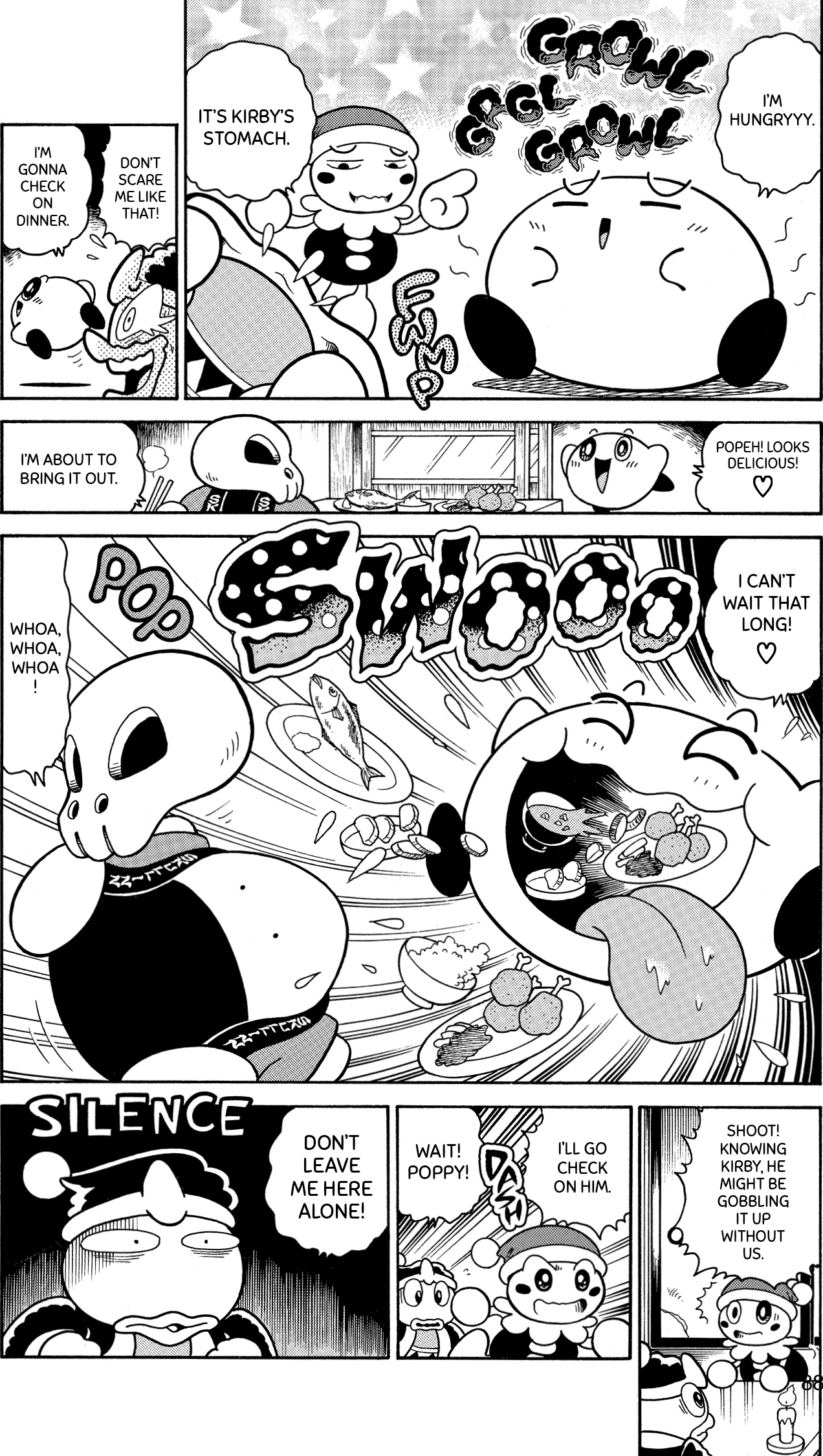 When a Cherry Blossom viewing party happens, it’s Kirby who eats all of the food, drinks all of the “juice”, and practically destroys an entire forest. During a typhoon warning, Kirby destroys homes and shelters instead of leading people to safety. A cute cat robot King Dedede buys with his hard earned money is terminated by the pink puffball, who then poses as the bot and causes more mayhem! Even a simple board game gets anarchic because of Kirby’s poor life decisions.

And yet, that’s the big draw of Kirby Manga Mania. The fact that we’ve gone so long without seeing this side of the Nintendo hero is kind of hilarious! Seeing King Dedede as a poor schlub whose constantly pulled into Kirby’s looniness is a side that I never expected to exist in this strange timeline of ours. You feel sympathetic for the villain for once, as it’s clear now that there’s two sides to every story. 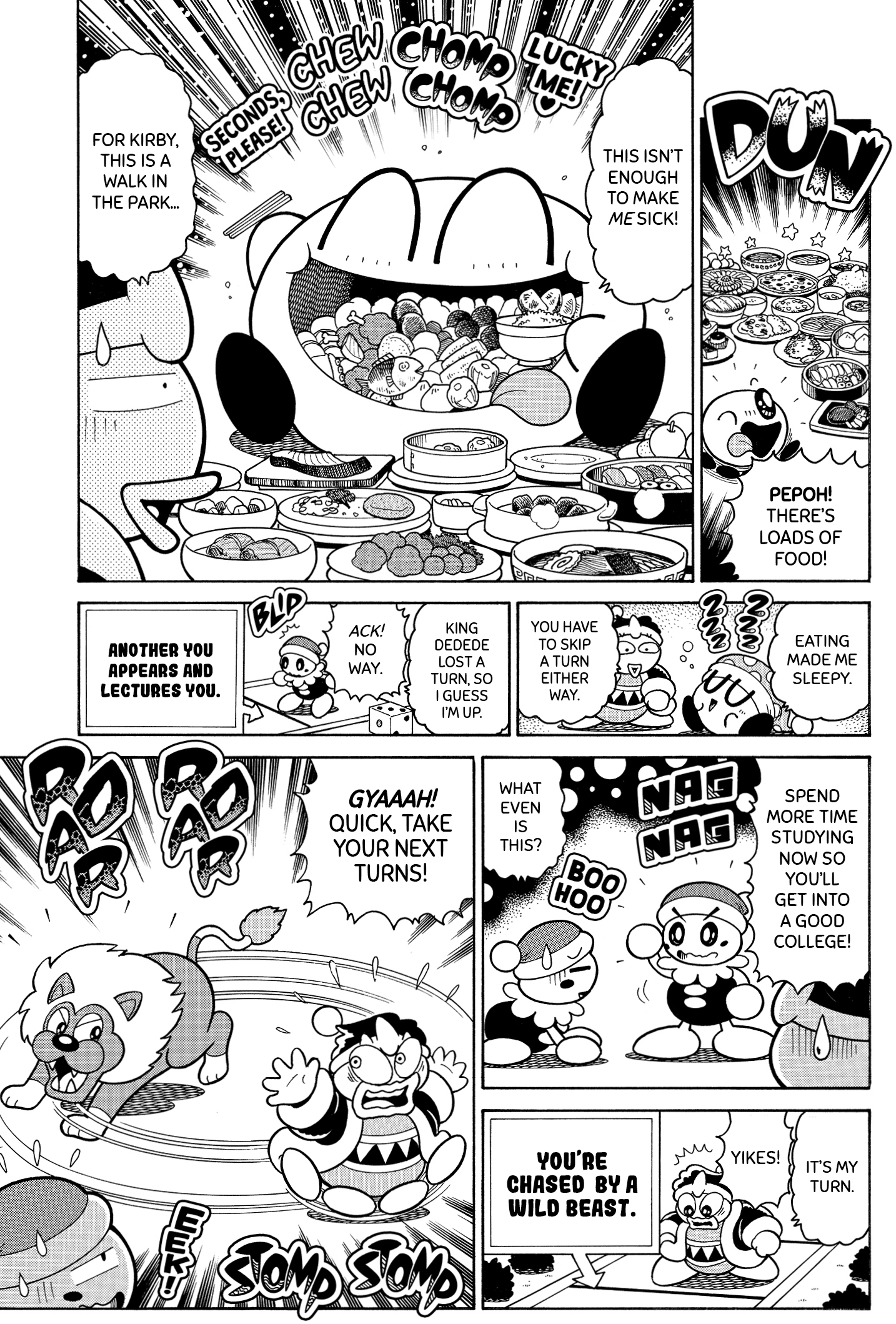 Of course, this is just the interpretation from Hikawa, right? Well considering how careful Nintendo can be with people adapting their lore, I’d say that’s not the case. Like in this manga, Kirby sucks up everything around him, uses dangerous skills, and causes wanton pain and suffering to those who stand in his way. This now leads me to wonder if the game’s are as heroic as HAL Laboratory made us to believe. Has Kirby been ridding Dream Land of the evil that’s afoot, or are things hunky dory in Dream Land UNTIL Kirby shows up to ruin the mood?

I wasn’t expecting Kirby Manga Mania to make me question a video game’s true lore. Yet here I am, wondering just how awful Kirby has made the lives of the people in Dream Land. Fortunately, Hikawa’s manga has made the chaos a laugh-a-minute affair. You may leave Kirby Manga Mania pondering about the so-called hero’s true mannerisms, but you’ll certainly be smiling as brightly as Kirby is on the book cover.