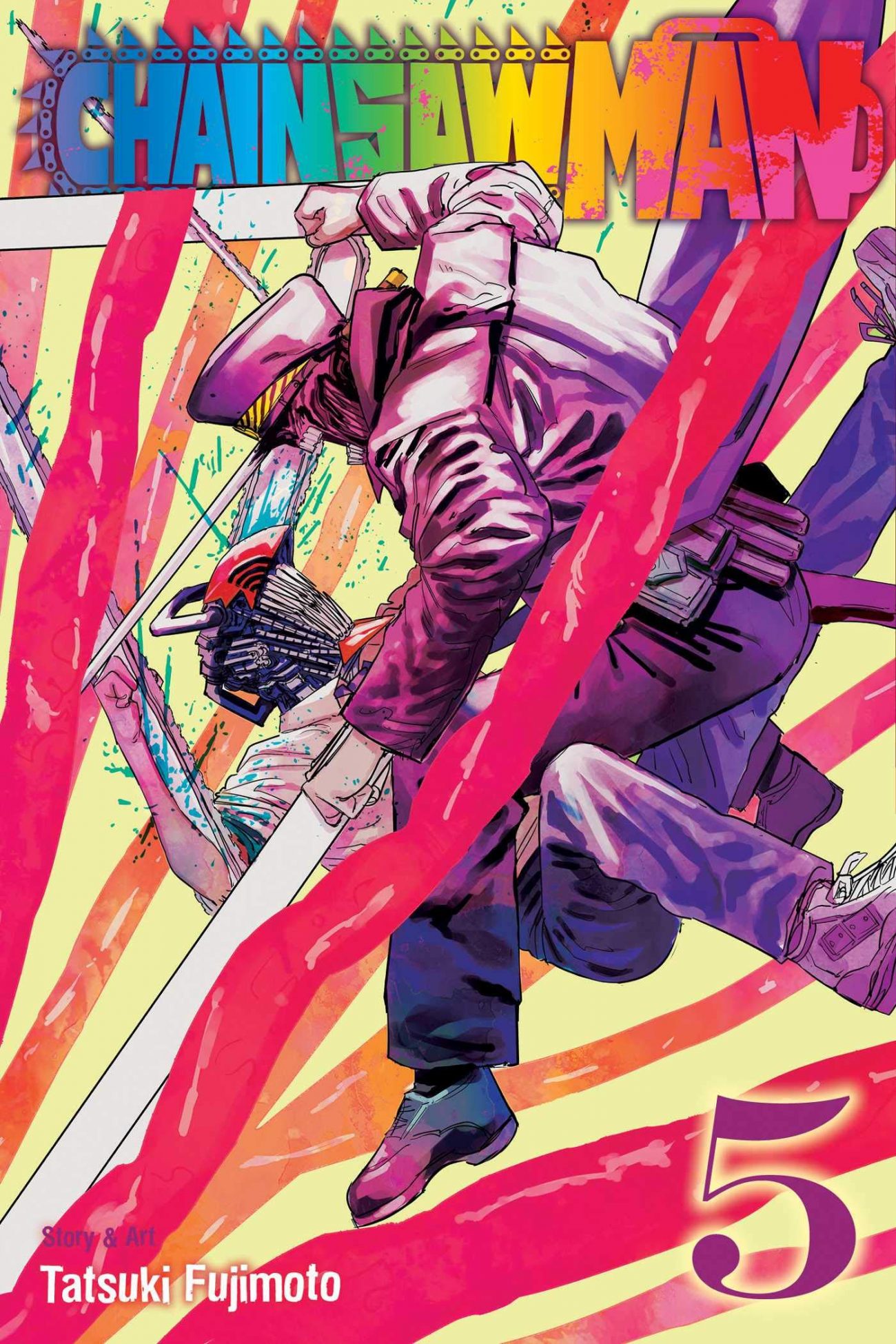 Denji is a good boy. Yes, he has powers that make chainsaws come out of his body. That doesn’t change the fact that he has a good soul in that beaten-up body of his. Bigger than any chainsaw he can push out is his heart, thanks in part to Pochita’s sacrifice. But in Volume Five of Chainsaw Man, his heart is put to the test in a way that Denji never expected to.

But first, Denji, Aki, and the rest of the Public Safety team have some unfinished business. Samurai Sword and Sawatari are still causing havoc, and it’s up to the stars of the show to deal with the problem at hand. This means mowing down zombies, fighting one-on-one with baddies, and even taking some time to reflect on the past. All of this leads up to the most important part of any battle: the nard-kicking contest! 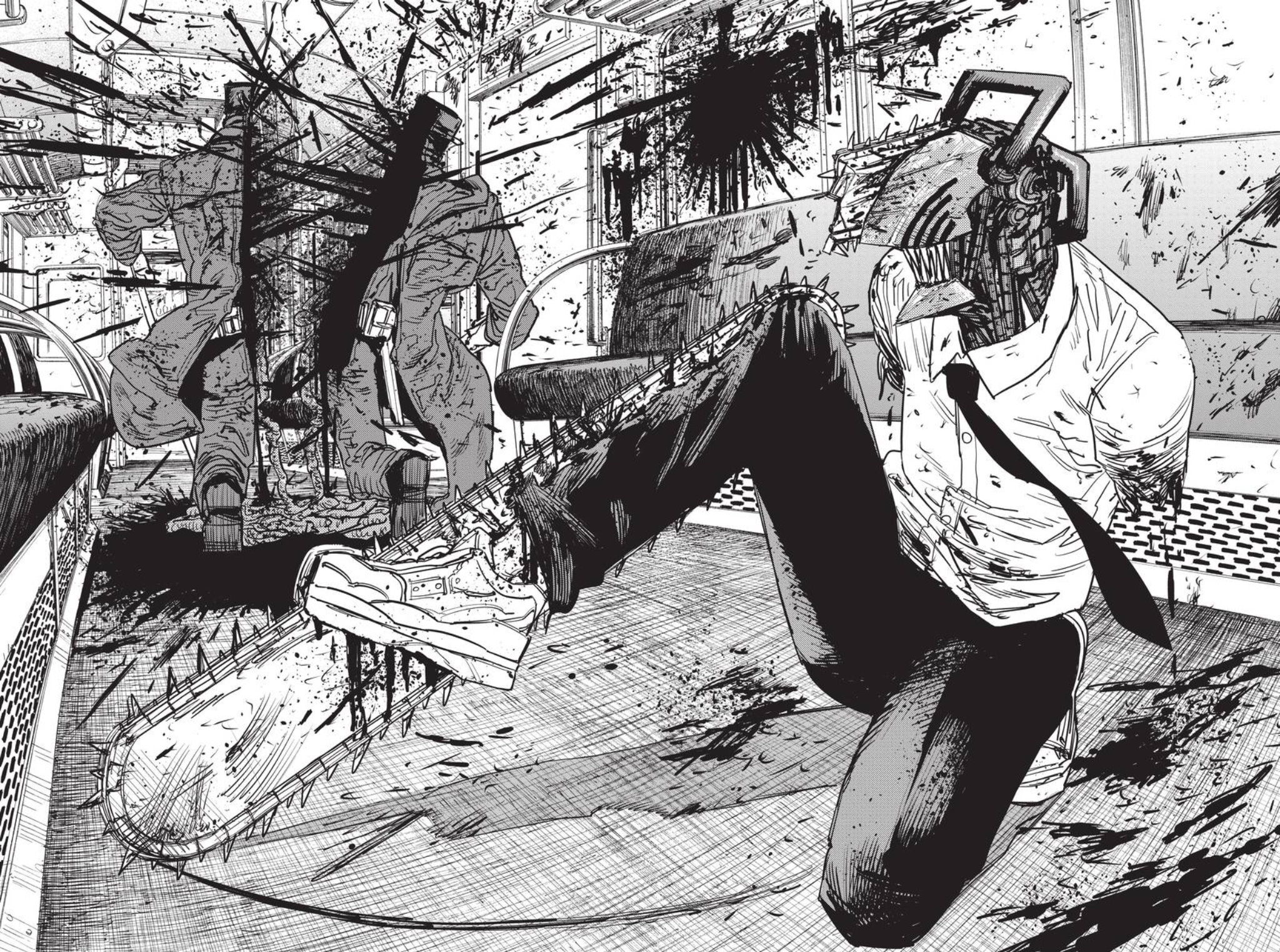 Once the chainsaws and swords have been put away, it’s time for a breather. Denji completes another big goal in his life, as Makima invites him to the movies on a kinda/sorta date. Feeling all kinds of good, Denji feels a new kind of bond while at the theater with the head of Public Safety. When Makima confirms that he indeed has a heart, Denji bursts with a level of happiness that’s on-par with the wrap-up section of a Jim Carrey-starring rom-com. But as the weather turns, trouble shows up in the form of a new smile to protect.

Where Chainsaw Man initially shines is in its action sequences. The splatterfest that comes from Denji and Aki’s fights are like that perfect blend of 1970s Japanese revenge flicks and Lloyd Kaufman schlocks of the 80s. You at first want to be grossed out by the amount of blood, guts, and severed limbs on display, but there’s so much of it that you have to laugh. It’s this presentation from author Tatsuki Fujimoto that makes this series not only hard to put down, but also hard to wait for the next volume to show up. 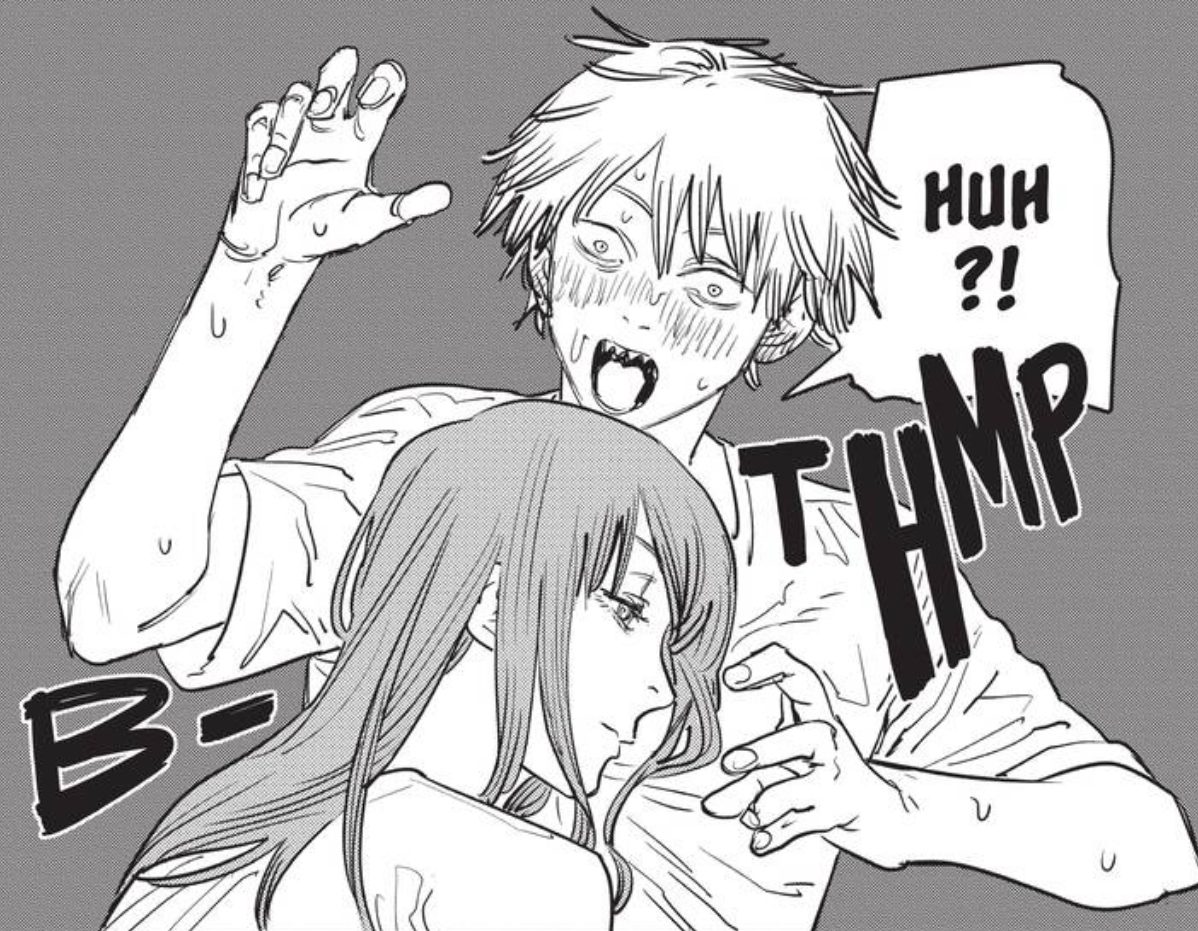 In this volume, it’s when the fights have stopped where the story shines. It’s great to see Denji have a heartfelt conflict over Makima and new girl Reze. Maybe it’s just me, but barista girls usually tend to be the best waifus in manga & anime (hence why I was on Team Saya and not Team Hotaru in Dagashi Kashi). Not only is Reze a well-written character, but she shares Denji’s level of dumb humor that makes her a perfect romantic copilot.

That’s why my heart started to sink when a new threat appears in the shadows. Sounding like he was going to use Reze to get ahold of Denji, my mind quickly went to thinking that the new girl would only be in this series for a short period of time. Not only does Fujimoto put my fears to rest, but also gives me hope that Reze may have a good long future in Chainsaw Man. (Here’s hoping a love triangle angle can avoid the usual boring tropes we’ve seen in the past.) 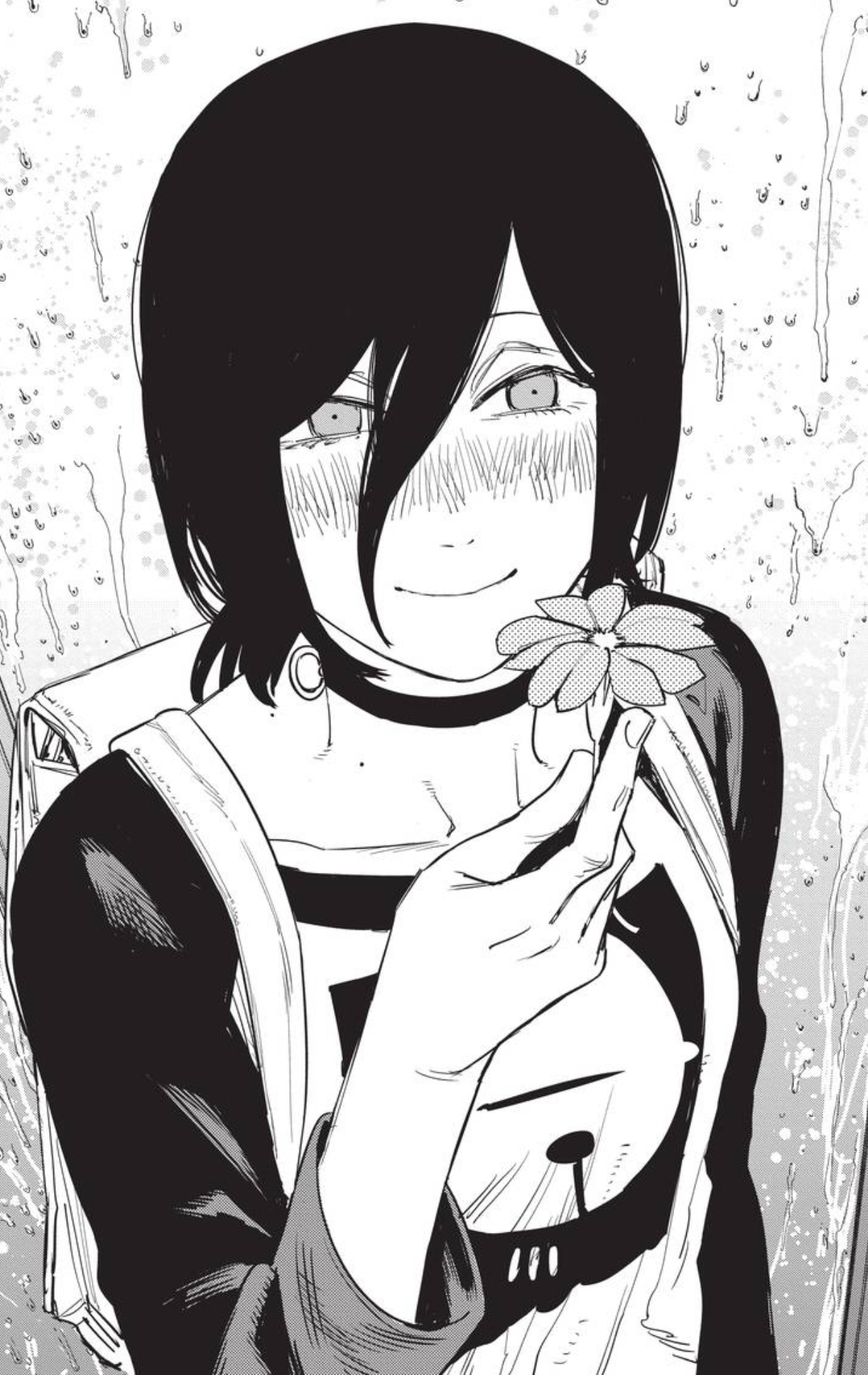 Volume Five of Chainsaw Man not only will give you a good adrenaline rush, but it’ll also provide you with some warm fuzzies free of charge! Although we’ve yet to see what the Gun Devil may be up to next, we can at least enjoy a breather as Denji enjoys life for a little bit. We still don’t know what is up with new sub-villain Typhoon, but we’re bound to learn more time around. Until then, let Chainsaw Man tickle your heart a bit before going back to the jugular. We think our hero deserves it, after all.