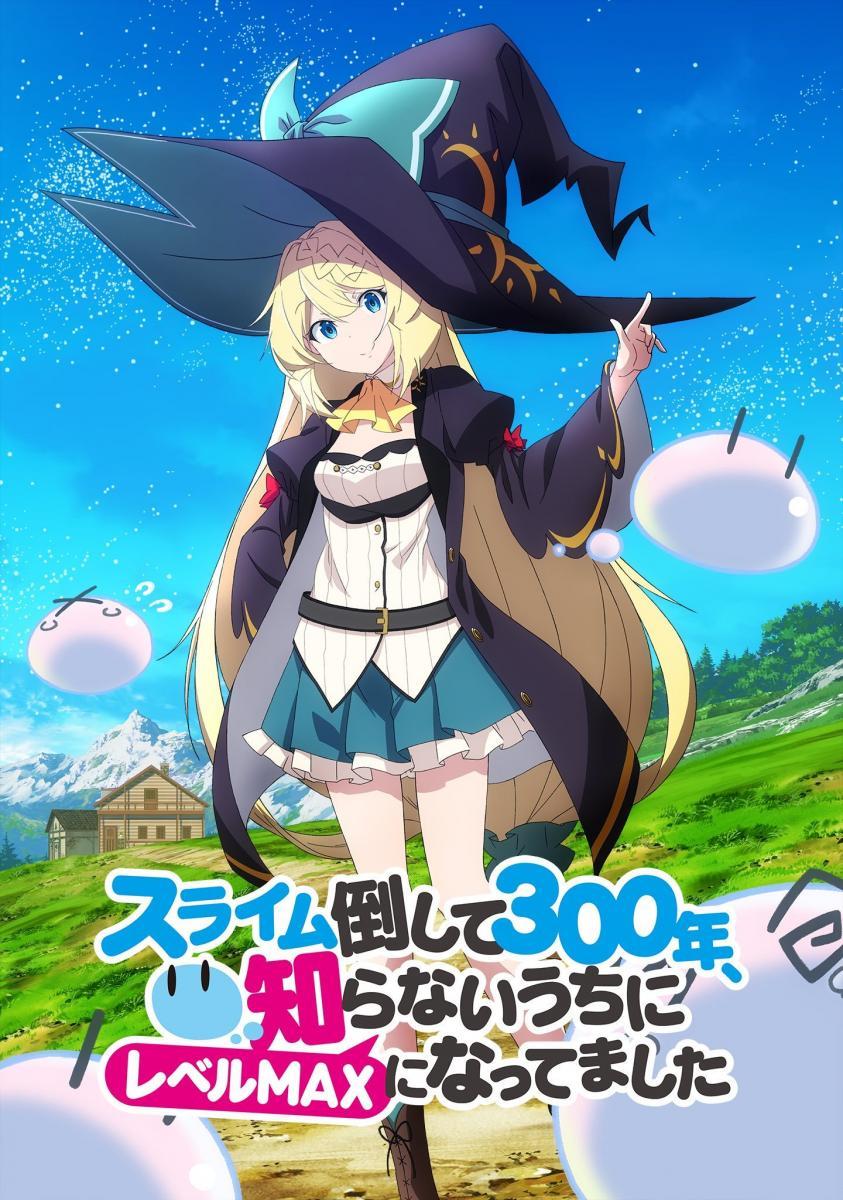 I hate to sound like a broken record, but light-novelists need to stop giving their series long-assed titles! It takes zero effort for someone to pick up a book and turn it over to read its synopsis. There is no need to explain a narrative in its title, as it can also ruin any mystery a reader might come across. One other thing that makes light novels frustrating is, when they get anime adaptations, it can be difficult to remember the full title of the series!

This is where I’m at with the newest isekai series to star voice actress Aoi Yuki (Saga of Tanya the Evil, So I’m a Spider. So What?). Its title is a mouthful, and it goes by the name I’ve Been Killing Slimes For 300 Years and Maxed Out My Level! As you can guess, that’s exactly what Yuki’s character Azusa goes through. Fortunately, there is a ton to love about the show; so much so, that we can forgive original author Kisetsu Morita for naming it as such. 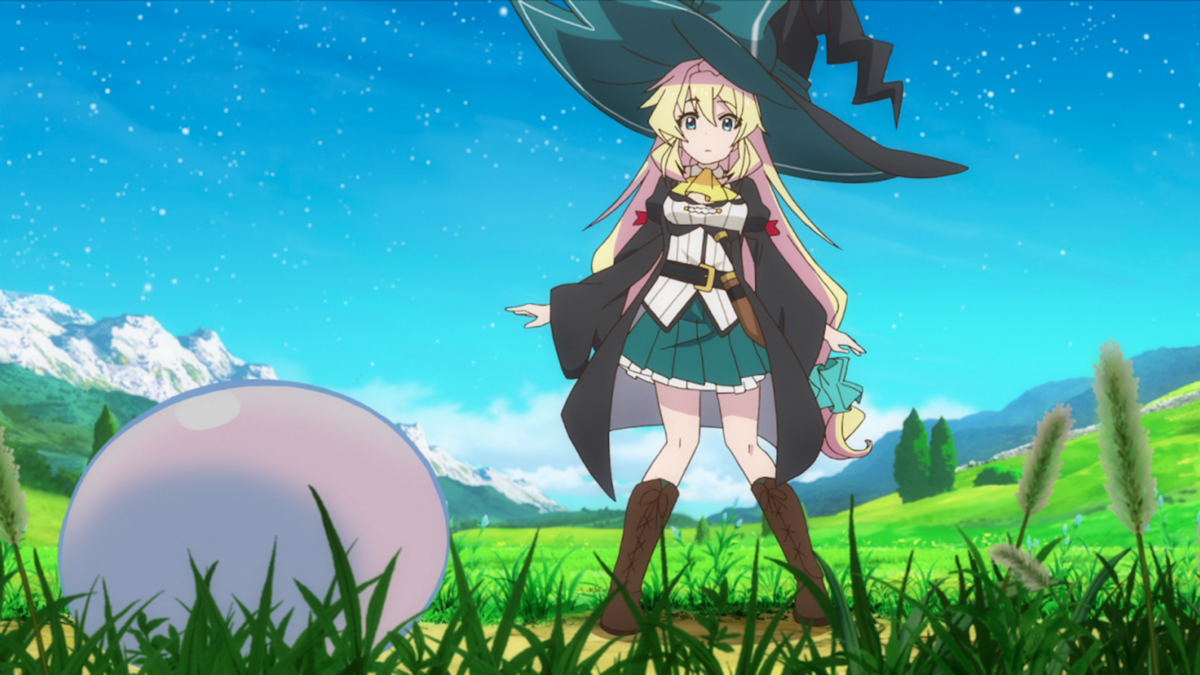 The story begins with Azusa leaving the regular world, as she is literally worked to death at her place of employment. God (Kikuko Inoue) takes pity on Azusa, promising her to reincarnate her into a fantasy world with any wish she desires. Never knowing what true inner peace was like, Azusa wishes for immortality, so as to live forever in quiet serenity. Upon her arrival, she builds herself a cottage on the outskirts of town, performing a little slime slaying here and there just to pass the time.

Three hundred years go by, and Azusa’s becomes the nearby village’s go-to for any medicinal advice. However, via an adventurer’s guild worker’s sheer curiosity, Azusa discovers that centuries of slaying a slime or two a day have left her with ultimate power. As such, her 300 years of quiet come to an end, as every powerful being wishes to test their might against her. One of the first is the dragon Laika (Kaede Hondo), who not only gets a whoopin’, but finds herself living under Azusa’s roof as a means of apology. 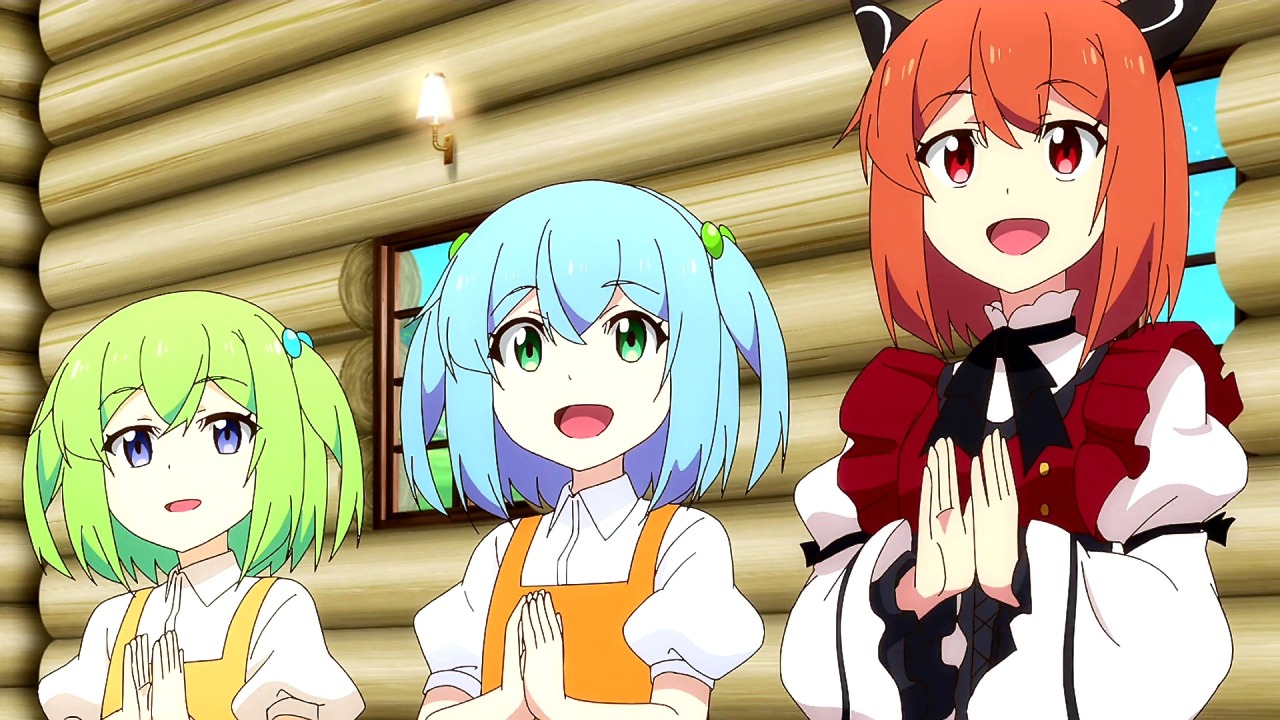 Soon, many others find themselves living with the powerful witch, including slime sisters Falfa & Shalsha (Sayaka Senbongi & Minami Tanaka), the elvish chemist Halkara (Sayaka Harada), and even a ghost named Rosalie (Riho Sugiyama). While frustrated at first, Azusa begins to get used to having so many people living under her household. Despite her wanting peace and quiet, she begins to appreciate the events and misadventures that her strange new family drag her along to. Add a high-ranking demon named Beelzebub (Manami Numakura) and the Demon Queen Pecora (Yukari Tamura) to the mix, and it never becomes a dull and boring day in Azusa’s life.

There’s a charm to I’ve Been Killing Slimes For 300 Years... that puts it on a similar level to Miss Kobayashi’s Dragon Maid. Both shows use a fantastical element to demonstrate the power behind discovering a family you never knew. And like Kobayashi, Azusa was content with living in solitude until the new magical faces peered through her living space. As such, the new people in her life wind up becoming something like sisters to her (or — in the case of Falfa & Shalsha — daughters). It’s this element that makes this anime not just wholehearted, but also warm & fuzzy to watch. 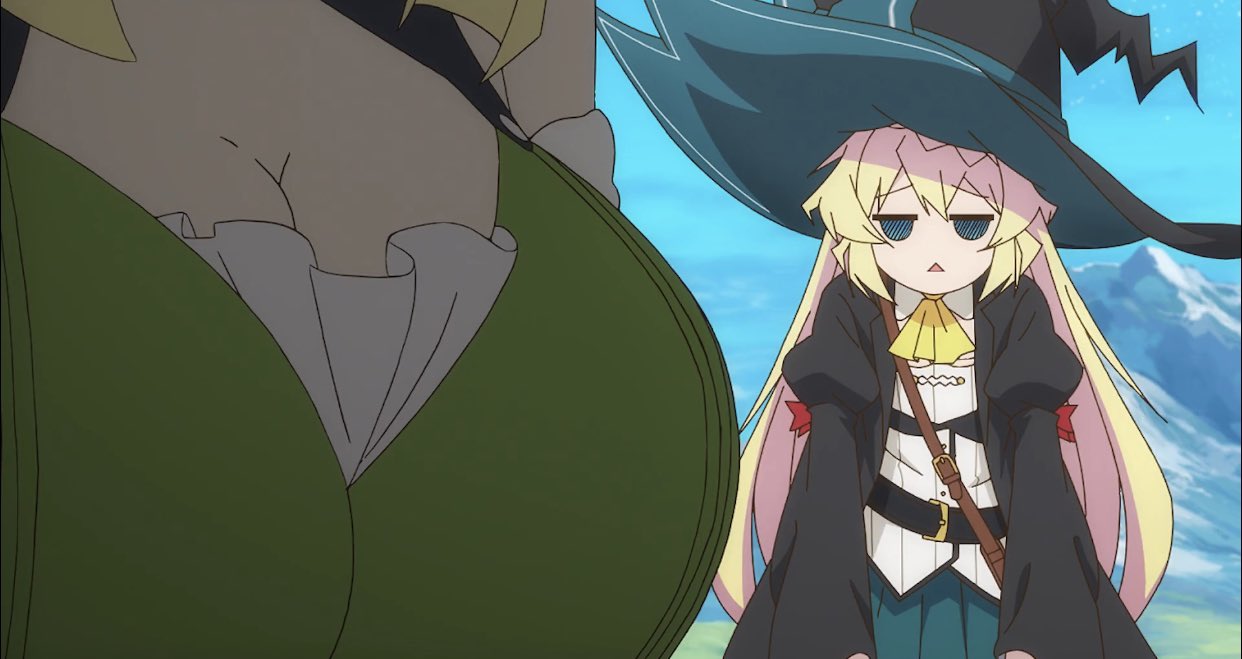 Where the anime shows its muscles is in its comedy, which is both charming and side-splitting. Azusa has this bluntness to her character, to the point where she’ll slam the door in the face of any challenger without a second thought. Her relationship with Falfa & Shalsha gives her the chance to be silly-yet-thoughtful mother figure, to the point where their antics have a perfect measurement of humor and charm. Of course, the best comedy comes from elf girl Halkara, who is as accident-prone as a gag anime protagonist. (The fact that she head-butts Queen Pecora shows just how close to death she often hilariously gets!)

But it’s in the heart of I’ve Been Killing Slimes For 300 Years... where the series shines as one of the best of the Spring 2021 season. From attending a dragon wedding to exorcising a ghost from Halkara’s factory, the adventures Azusa now finds herself in help to build a bond with the new people in her life. And while some bonds occur faster for the sake of moving the plot along, there is a genuine feeling of love and trust that’s built within these characters. Perhaps the strongest element of the show is how Azusa uses her past life as an example to better her new friends’ situations. 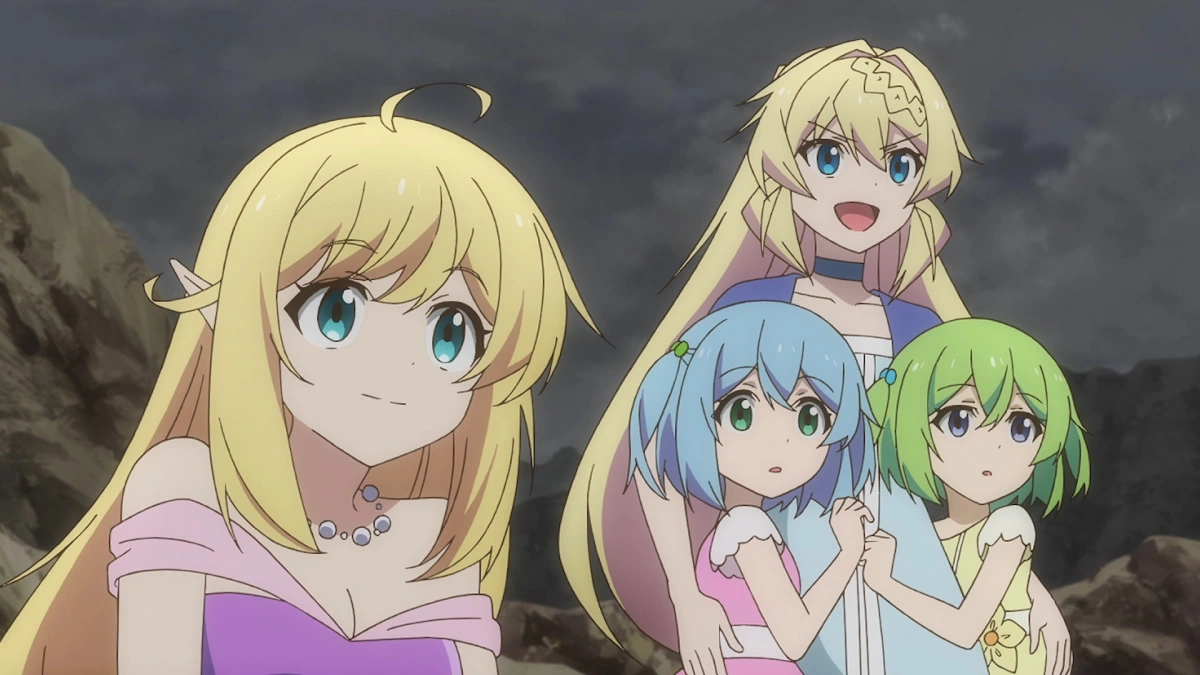 Because she worked herself to death, Azusa aims to never let those close to her fall to the same fate. She outright rejects any offers from the likes of Laika and Halkara, who swear to work all day & night to assist Azusa and the others. Her 300 years of relaxation have taught her the importance of taking breaks, not overworking to exhaustion, or — God forbid! — agree to work overtime at some place. Azusa even sheds light into the value of self-worth, going so far as to tell the blue dragon Flatorte (Azumi Waki) to live her own life when offered to be in her servitude. For a fantasy anime, the real-life morals it delivers hit you right in the gut & feels!

All of these feelings, emotions, and laughs are thanks to just how wonderful the cast is. It’s great hearing Aoi Yuki working with others again, as her role of Kumoko is practically a one-woman show from her spidery perspective. Here, Yuki’s Azusa is blunt, funny, and caring, delivered in a relatable tone that keeps the voice actress at the top of the industry. Where So I’m a Spider, So What? cemented her as top-tier voice actress, I’ve Been Killing Slimes For 300 Years... has made her a national treasure that can never be torn down. 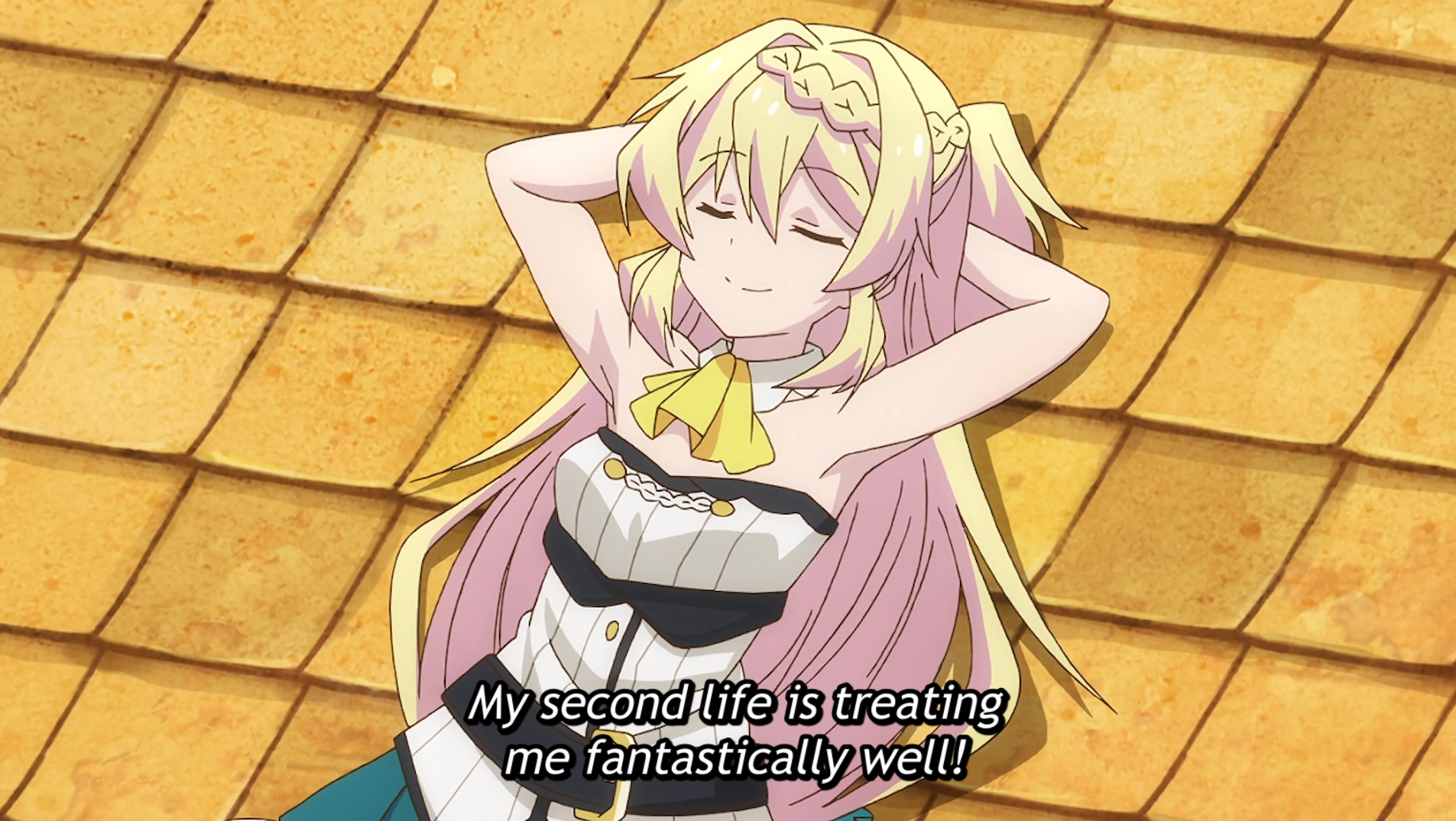 As the dragon girl Laika, Hondo offers a performance that’s both tough and heartfelt. She also has her dorky side, which comes around when Azusa puts her in her place. Senbongi & Tanaka are adorable as Falfa & Shalsha, with her personalities ever-so doting. Harada is the series’s big scene-stealer, as her delivery in the role of Halkara not only brings the biggest laughs, but also the right kind of dumb in her antics.

One other thing that the voice actresses deserve credit for is their usage of onomatopoeia. Instead of using actual audio effects, the cast instead performs the sounds of the various things they’re in the midst of doing. This not only adds a level of humor to the situations at hand, but also a level of adorableness that only a series like this could deliver. You will be unable to fight the urge to smirk when you hear the wacky sounds Yuki, Harada, Hondo, and the rest of the cast say throughout their antics! 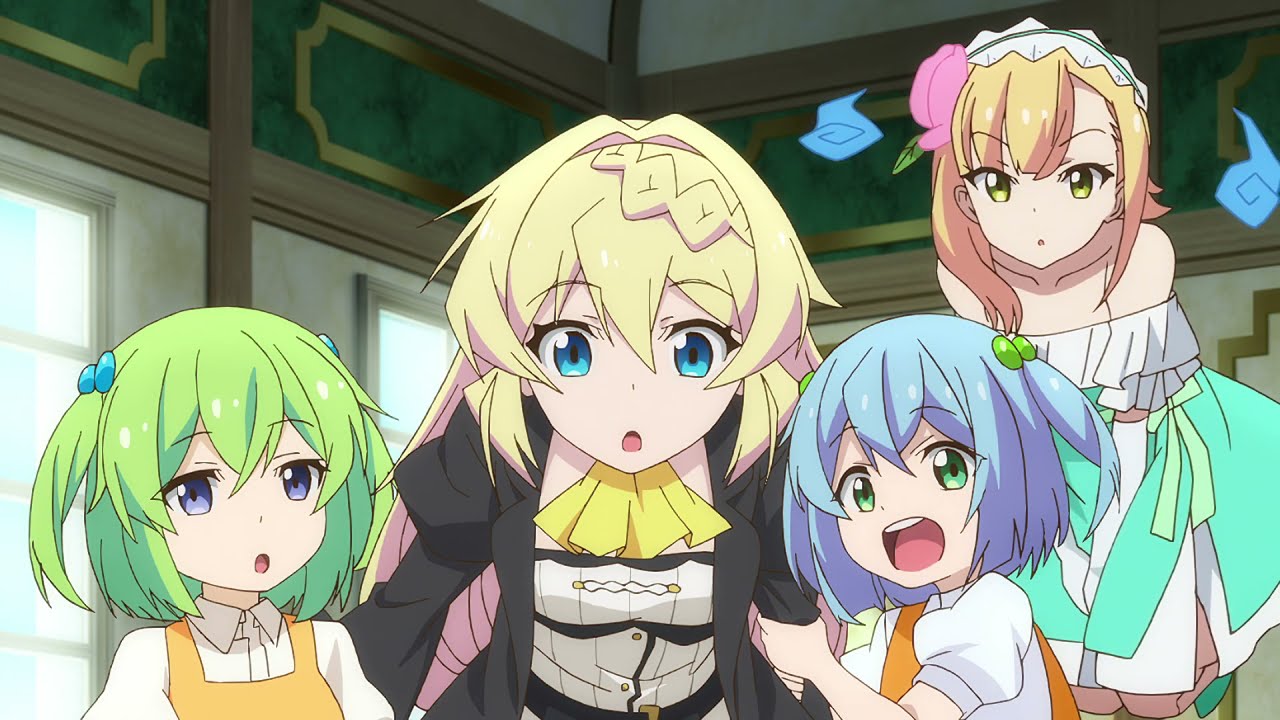 Revoroot is a relatively new anime studio, with the good FLCL sequel Alternative and the panned Babylon under their belts. Here, they showcase not just how colorful the world of I’ve Been Killing Slimes For 300 Years... is, but also how expressive it can be. At times, the visual aesthetic brings to mind classic comedies from the early 2000s, just with fresher coat of paint. When it comes time for action, it’s where the series shows off some impressive muscles, especially when seeing Azusa battling against dragons and even the Demon Queen.

Keiji Inai has a good knack for fantasy scores, as evident by his work in Is It Wrong to Try to Pick Up Girls in a Dungeon?. Here, not only does he get whimsical when the magic’s on display, he also knows how to craft some comedic melodies that pair well with the humor’s impeccable timing. Aoi Yuki takes the reins in the opening theme performance of “Gudafuwa Everyday”, which showcases the happy-go-lucky times in the series via a bouncy melody. Azumi Waki’s end theme “Viewtiful Days!” continues with that carefree attitude, playing like a cool breeze that comes around during a hot summer day.

But seriously, light-novelists: cut down on your freaking titles!!!

I’ve Been Killing Slimes For 300 Years and Maxed Out My Level can be viewed on Crunchyroll and VRV. It has been licensed by Crunchyroll. Episodes 1-8 were observed for this review. Promotional consideration provided by Ellation.