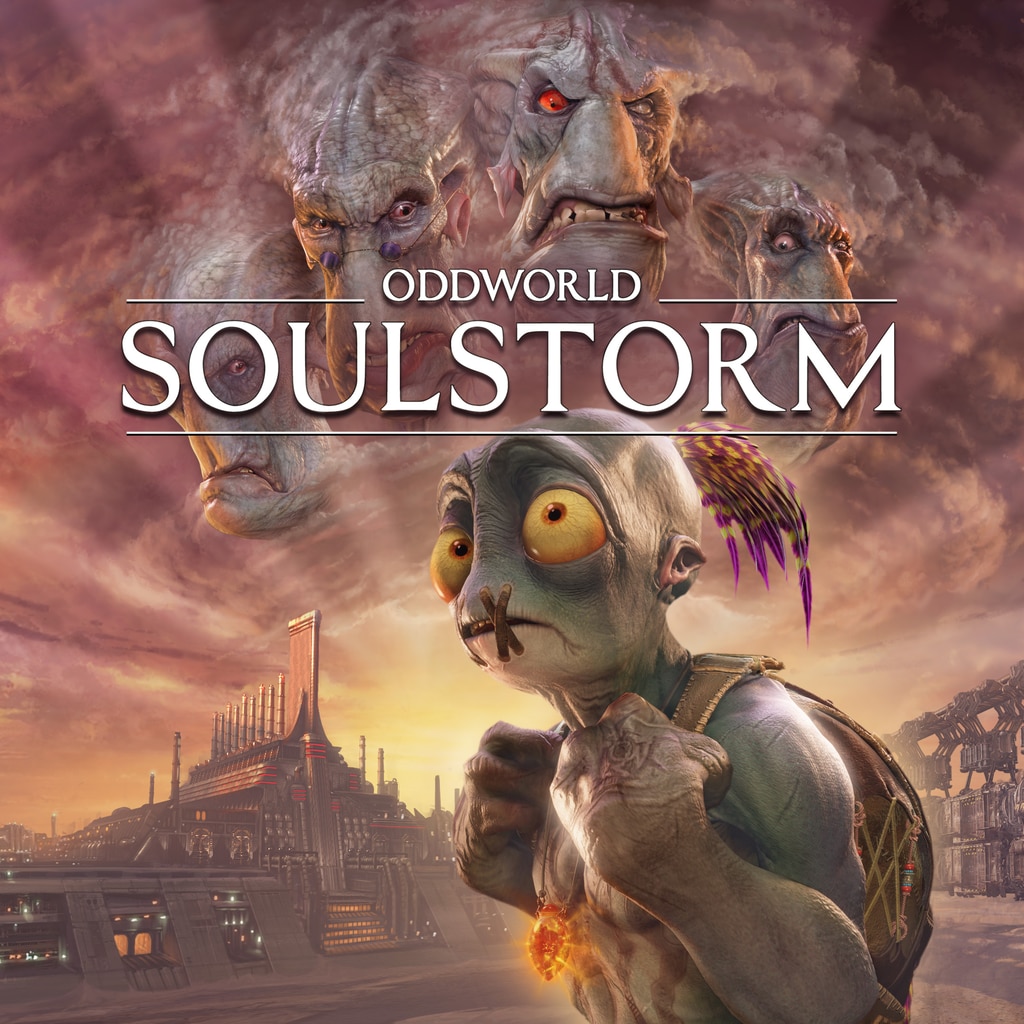 It was back in 1997 when I first became acquainted with the Oddworld universe. The opening cinematic of Abe’s Odyssey was broadcast as part of MTV’s Cartoon Sushi, alongside a stick-figured reimagining of the Psycho trailer and a precursor to the horror film Trick ‘r Treat. Back then, the game itself played beautifully on the original PlayStation, and it had enough popularity to grant it a sequel: Abe’s Exodus.

However, this sequel wasn’t exactly the follow-up that Oddworld Inhabitants had in mind for Abe. So after the chance to remake Abe’s Odyssey lead to a resurgence of the franchise, the team decided to give our Mudokon hero the proper sequel he deserved. And thus, instead of a new & tasty version of Abe’s Exodus, we’ve been gifted with the true second chapter of Abe’s legacy, in the form of Oddworld: Soulstorm. 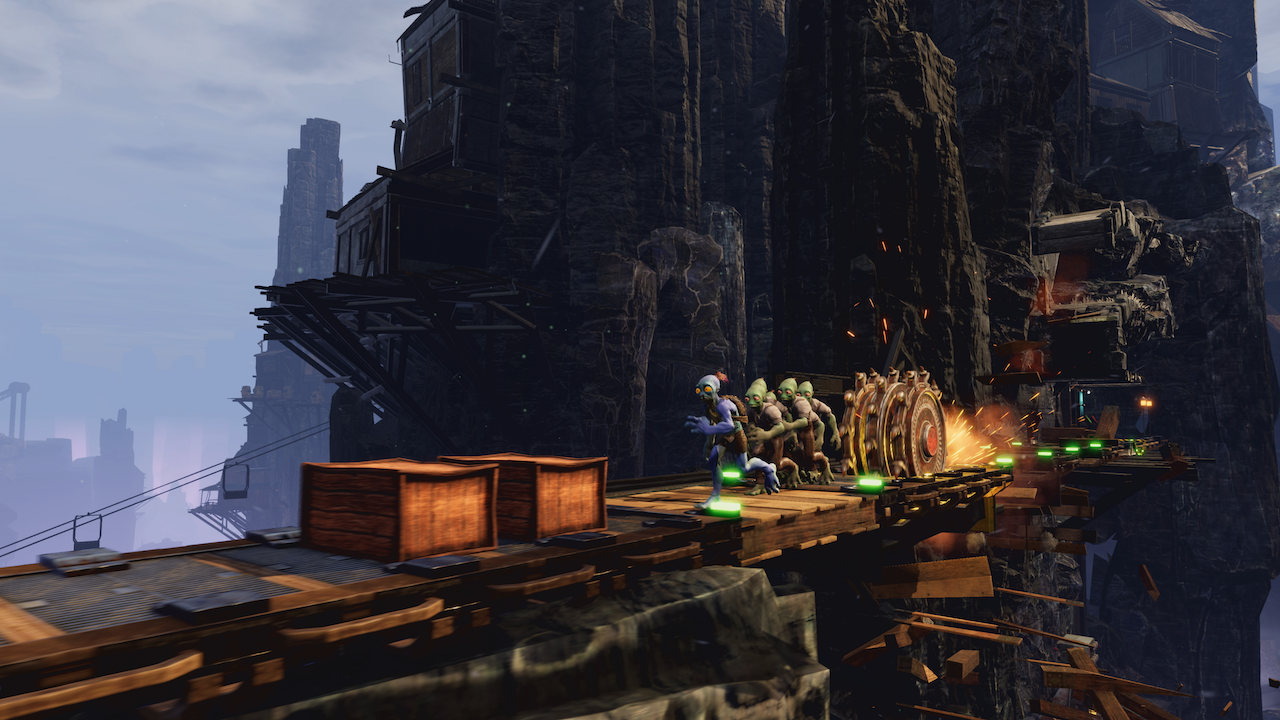 Continuing on where Abe’s Odyssey left off, Soulstorm has Abe watching over the other Mudokons he freed from RuptureFarms. The celebration is short-lived, as their hideout is torched by the Sligs. As everyone attempts to escape, Abe runs into a wounded Mudokon, who hands him a package. With his dying words, Abe is told to find “the Keeper”.

With a little assistance from Alf and the other Mudokons, Abe sets off on his new quest. However, the Glukkons who held Abe and his species captive are following along, waiting to recapture their workers. As the story goes on, the mystery behind the package is uncovered, with some shocking details on what the enemy’s planning next... 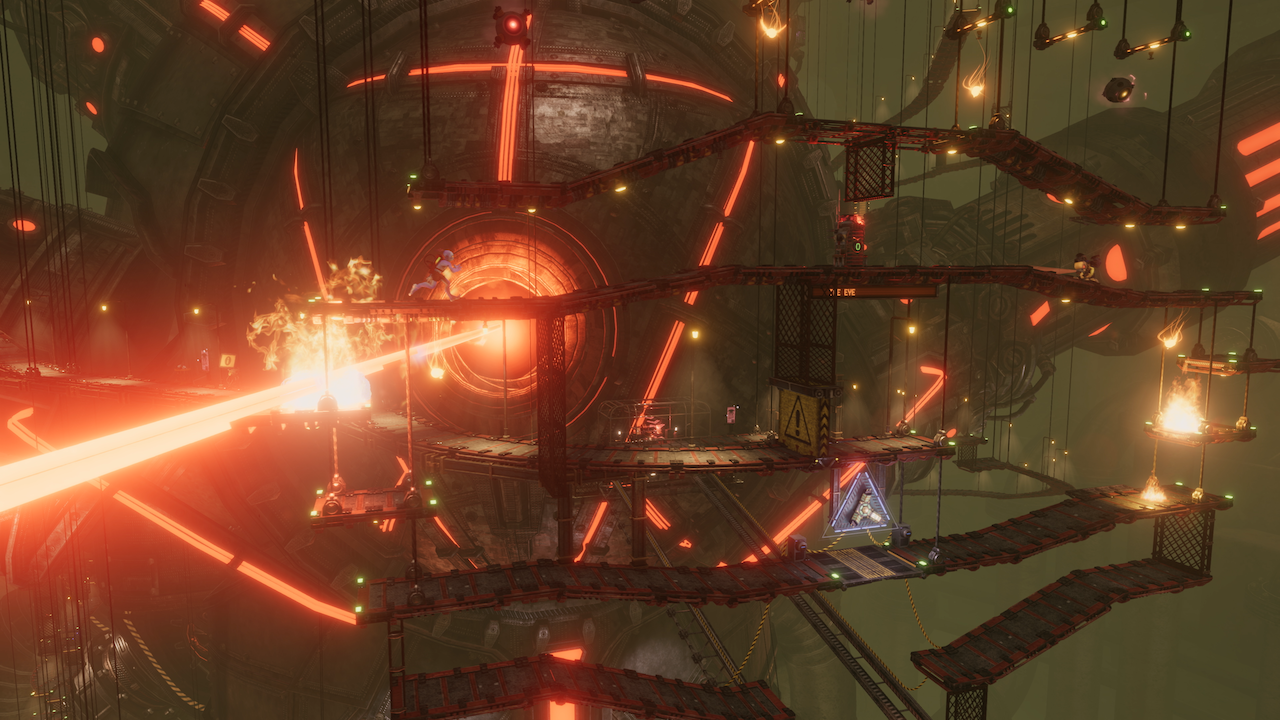 Like Abe’s Odyssey, Soulstorm is designed as a 2.5D platformer, with its worlds and settings popping out with beautiful detail. In some cases these areas will be unreachable, but other times you’ll find yourself working your way through gaps, platforms, and even monkey bars to reach what was initially in the background. The worlds are simply gorgeous to look at, with the characters and cut-scenes having the same amount of detail as a DreamWorks Animation production.

From a gameplay perspective, Soulstorm continues where its predecessor left off with some improvements. New to the game is a crafting system, which can lead you to concoct new forms of weaponry to make your quest a little easier. But the fun comes from its outside-the-box tactics that’ll require a lot of thinking to get through certain areas. Do you try to sneak past enemy robots, set up a trap to zap and tie them up, or do you take over their bodies and use them to clear the area? It’s this aspect that makes revisiting areas a treat, giving players a chance to try out new tactics to reach checkpoints. 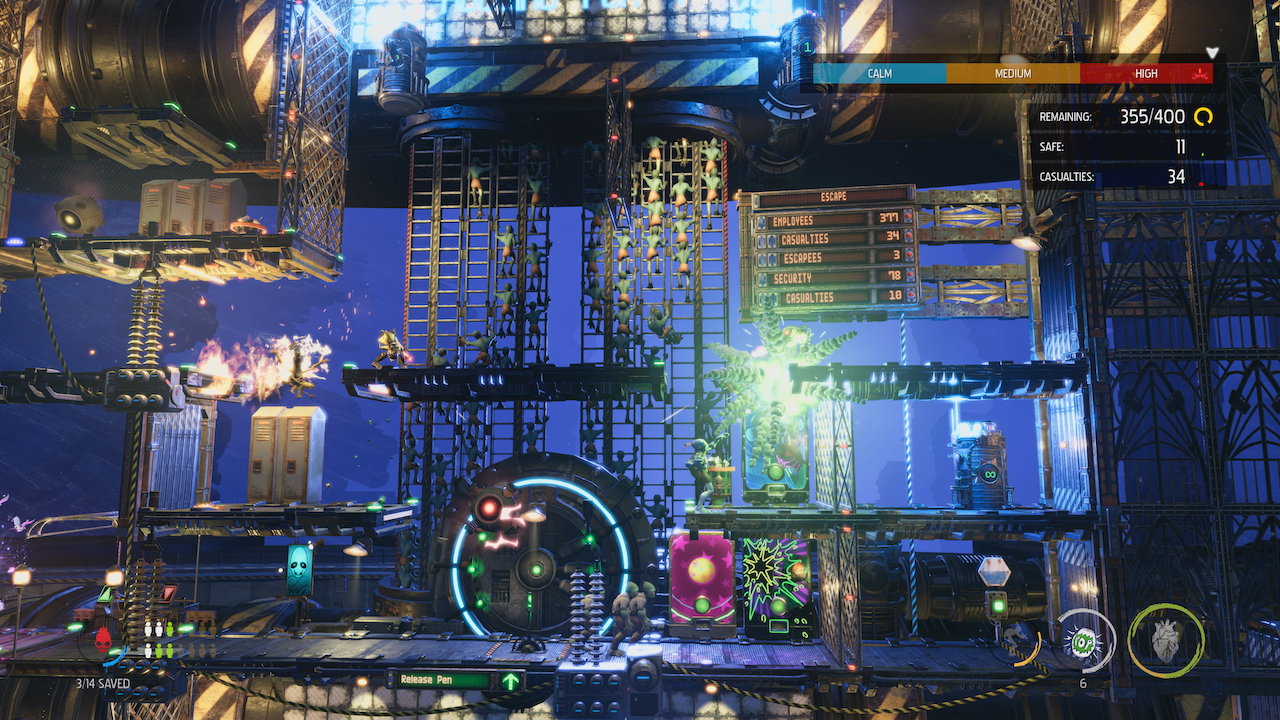 However, there are times where certain areas are a lot harder than they should be. On top of there being little coverage to avoid enemy fire, but the quantity of enemies that is tossed your way is sometimes frustrating as sin! The game will literally throw everything in Abe’s direction to make sure his quest is never completed, and I mean “everything”! There was a moment where I had to battle robots, evade dropping bombs, duck from snipers, and put out a fire all at the same time. While I managed to get to the next checkpoint, it still took me over an hour to clear that one section!

Control-wise, Oddworld: Soulstorm is fairly easy to figure out. Running, jumping, rolling, and sneaking are a cinch to figure out, as is the ability to switch between your arsenal. Where it becomes a challenge is its aiming system, as you are forced to use the right joystick while throwing with R2. Because of this, my shots were off enough that I had to redo it multiple times until I either got it right or I refreshed back to the previous checkpoint. (My right hand was practically cramping up by game session’s end!) 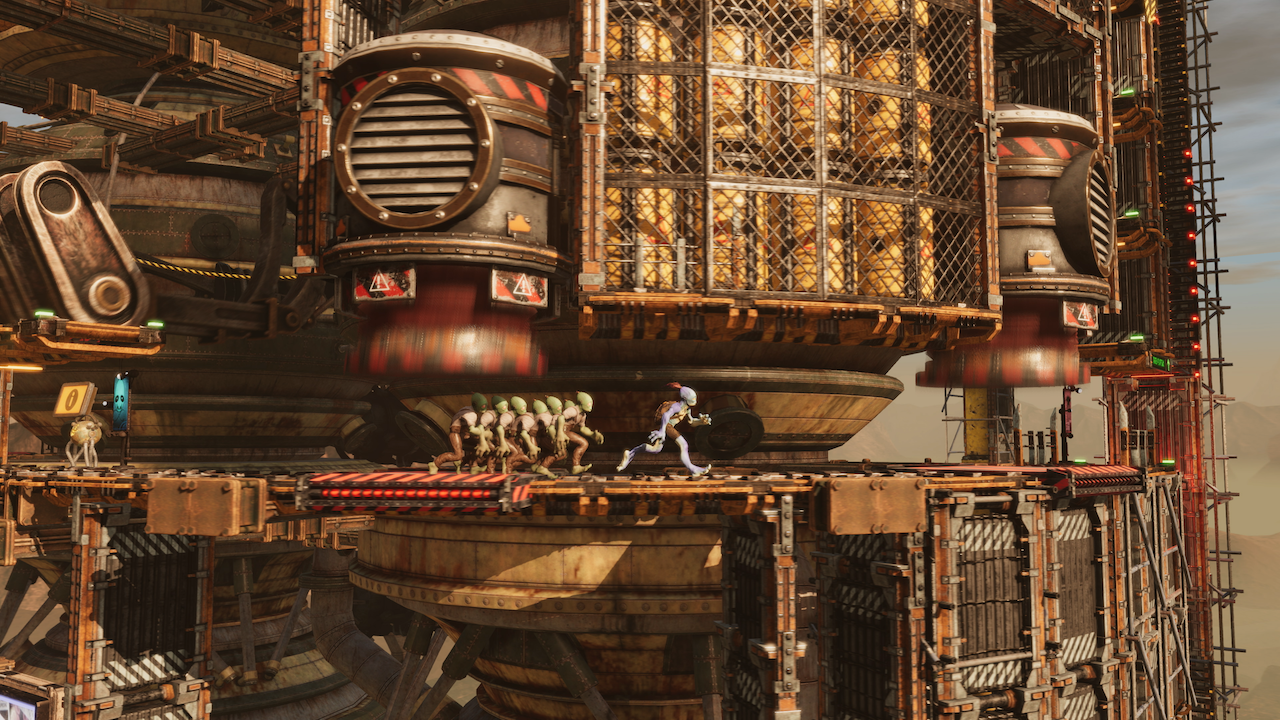 One other thing that made me a little tense while playing is its checkpoint system. Almost every time I reached one, I noticed the gameplay would slow down, as if it was preparing to load the next area. When this occurred, the audio in the game would come to a screaming halt, to the point where I thought it was going to crash. Thankfully, it never happened on my play-through, but who knows if it occurred with anyone else.

Oddworld: Soulstorm will take you over 20 hours to complete. As there are different paths one can take with the game, there are reasons for one to replay them (especially if you get the bad ending). There are also hidden areas and achievements one can discover with enough digging, although it’ll take some good detective work to find them!

Following up with its Abe’s Odyssey remake, Oddworld: Soulstorm is a well-made continuation. However, some areas will leave players frustrated to the point of rage-quitting. But once you practice and use a little brain-power, you can appreciate the beauty and craftsmanship that Soulstorm delivers!

Promotional consideration provided by Jim Redner. Reviewed on the PS4.