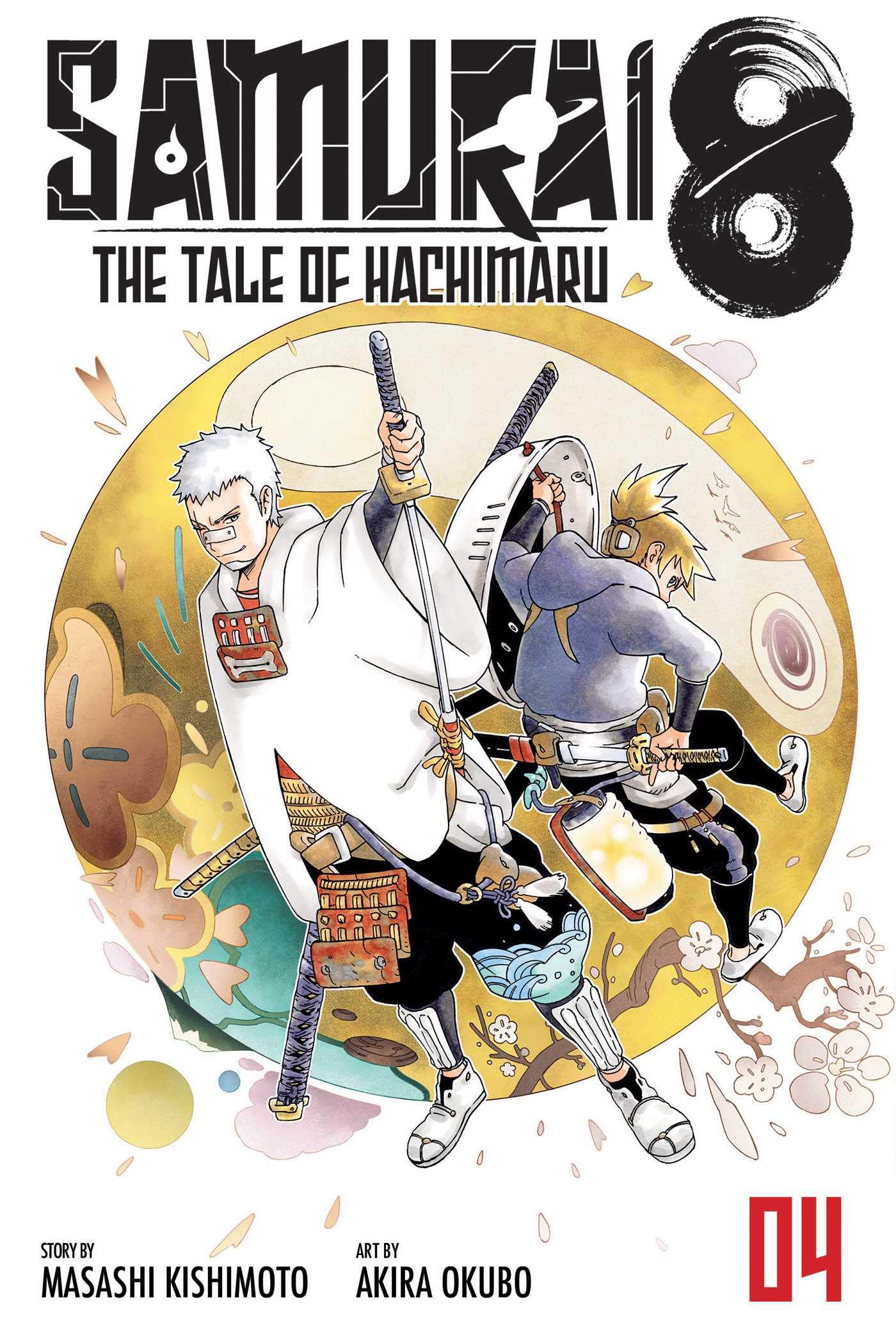 It should be known that Samurai 8: The Tale of Hachimaru was forced to cut its narrative short. Writer Masashi Kishimoto and his artist Akira Okubo had hoped to tell the story within 10-15 volumes of manga, only for it to be cut short to five volumes in the end. The rush towards the finish is very apparent in the fourth volume, where many things are thrown at its readers, but just under a half hit their mark.

Following the events of the samurai battle royale, Hachimaru is given the chance to face off against Benkei, the founder of the contest. With the claim of being a key to Pandora’s Box fresh in his mind, Hachimaru attempts to convince the founder to join his quest to save the universe. However, as he quickly finds out, Benkei is not all who he claims to be, with Daruma forcing himself to jump in and aid in a ferocious battle. Just who is this founder of the battle royale, and how did he become so strong? 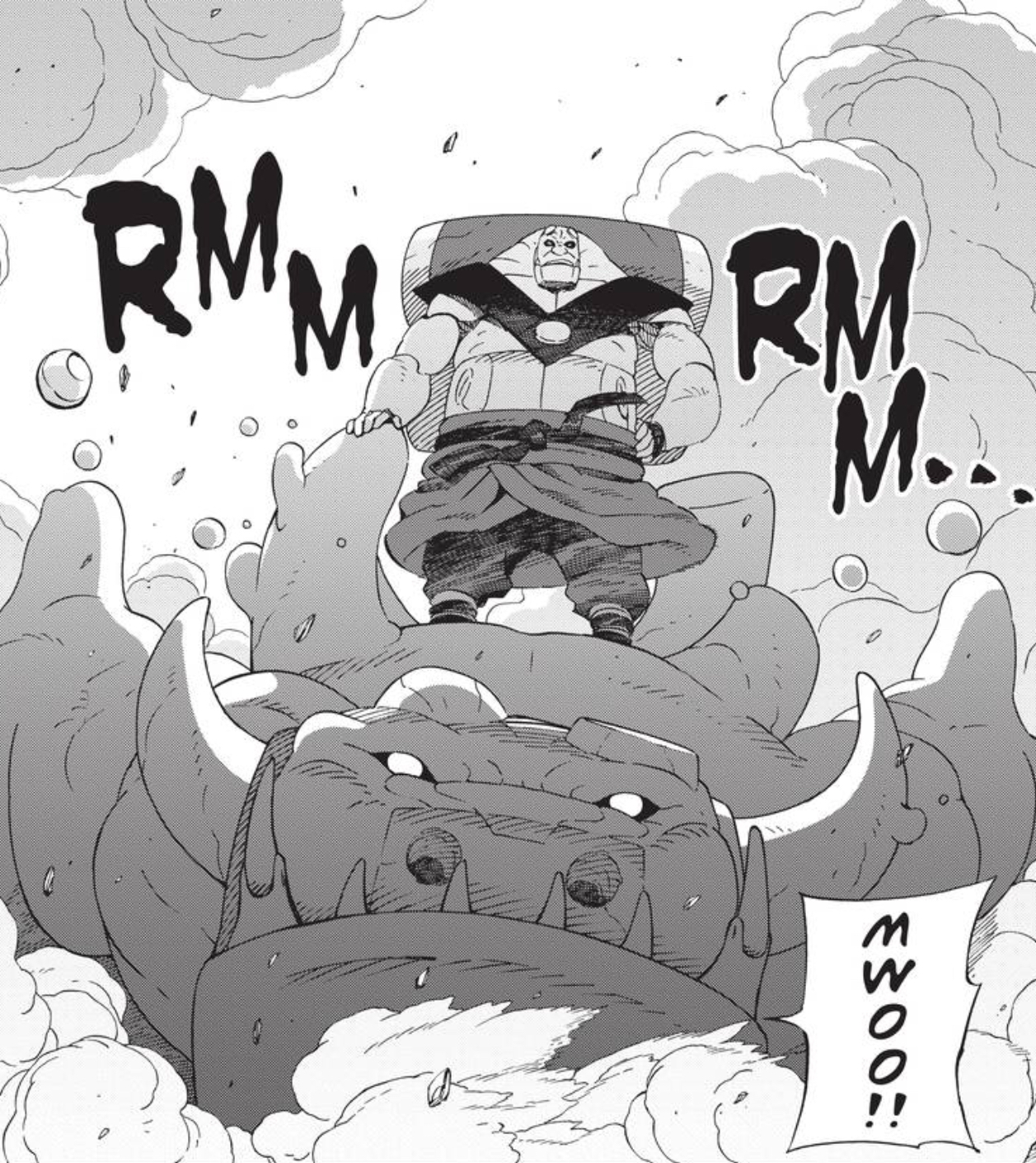 Things go rather quickly in this volume of Samurai 8, with there being no time to digest the information given throughout the flashbacks of Benkei and Kotsuga. It’s like being forcing to read a light novel via one billboard at a time, but you’re on a bullet train with no sign of slowing down. They force down what feels like an entire volume’s worth of content into a single chapter, leaving those reading it feeling woozy. To be blunt, this entire volume left me feeling like I got the brain equivalent of indigestion!

The only time that I felt like this volume gave me a chance to take in a sudden turn was with Daruma’s reveal. It’s felt like a moment that’s been building up since the first volume, with there being sprinkles of hints as to who he truly looks like. His form ties in well with Hachimaru’s past, especially when it comes to the thing that allowed him to have fun, even when he was tethered to his home. Watching him in action is pretty cool in parts, but it certainly lacks this wow factor that this moment should’ve been ready to unleash. 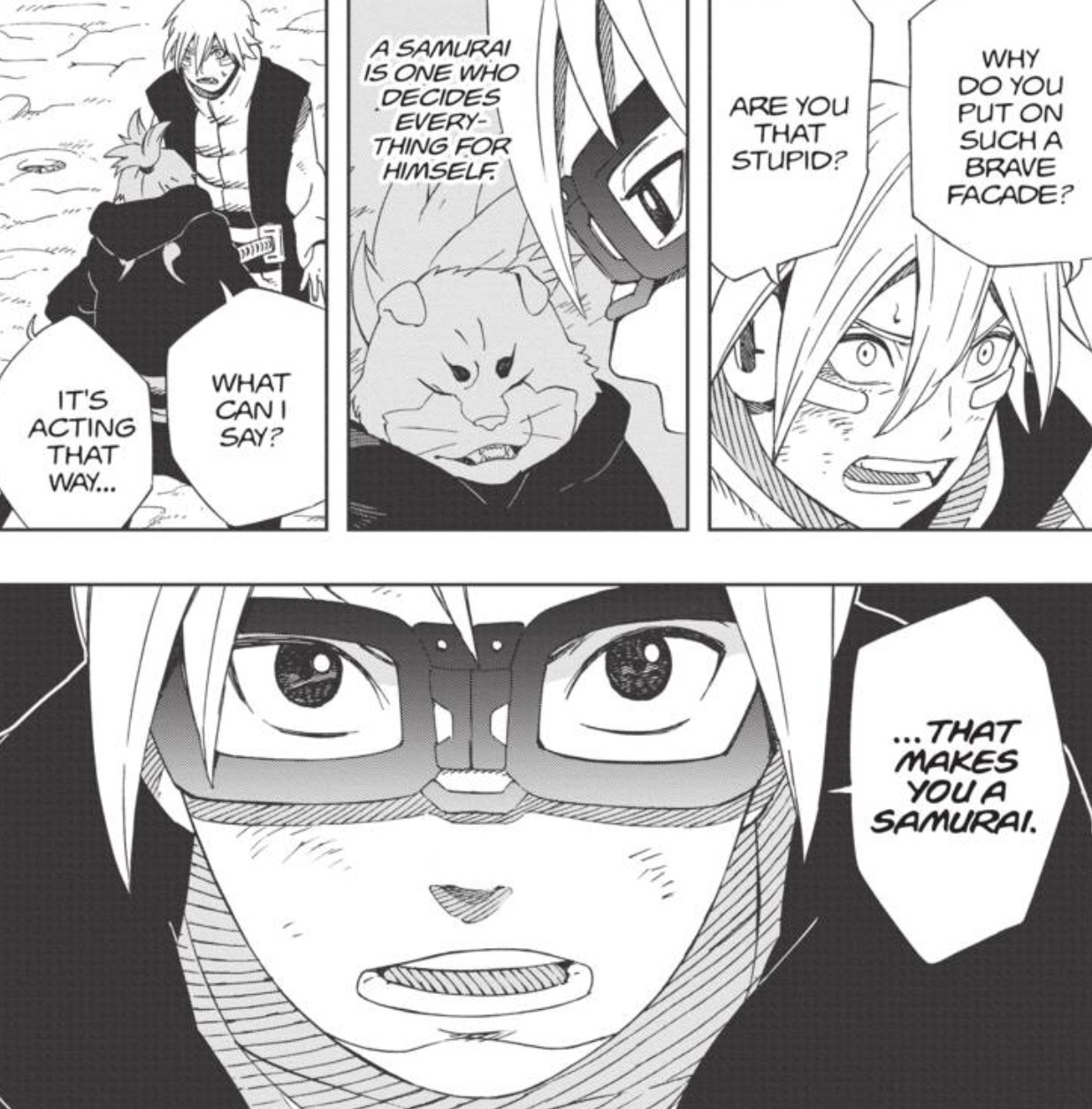 And that lack of wow factor is perhaps what makes Samurai 8: The Tale of Hachimaru such a disappointment. After giving us Naruto, Kishimoto’s next tale should’ve at the very least delivered another heart-stealing and adrenaline-pumping series about a boy’s growing journey towards becoming a hero. The first volume set this stage well, and even Volume Two gave readers some good character development that helped to expand this world. But during its third volume, it was clear that Kishimoto’s end game was going to come a little too soon.

There is one volume left to go with Samurai 8, but I don’t see how anyone could stick around to see how it turns out. Volume Four was a mess, and it left me no longer caring about these characters and the fate of their universe. I may attempt to finish this story, but deep down I know it’ll more than likely be a struggle to push on through to see how it all fares. 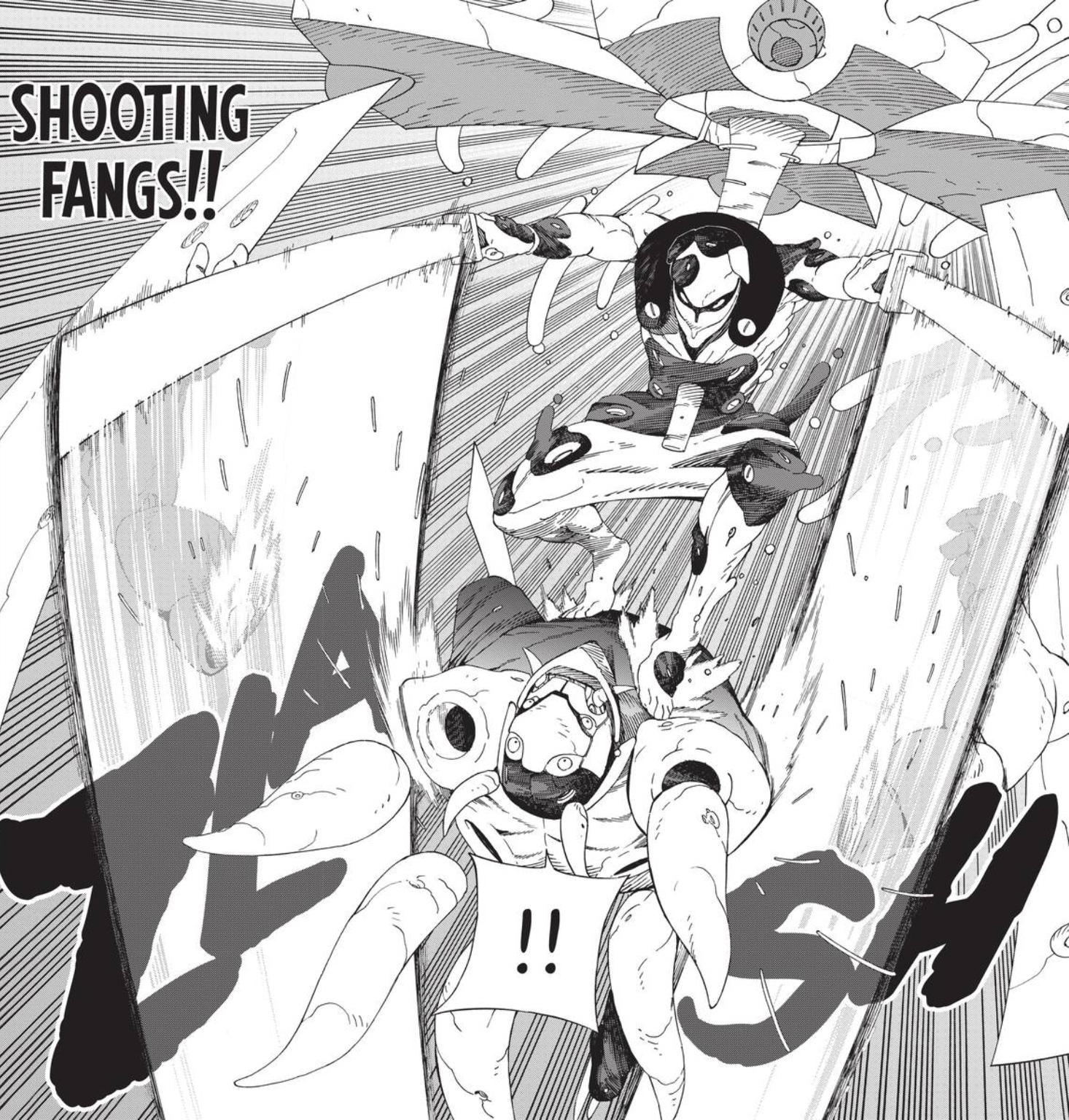