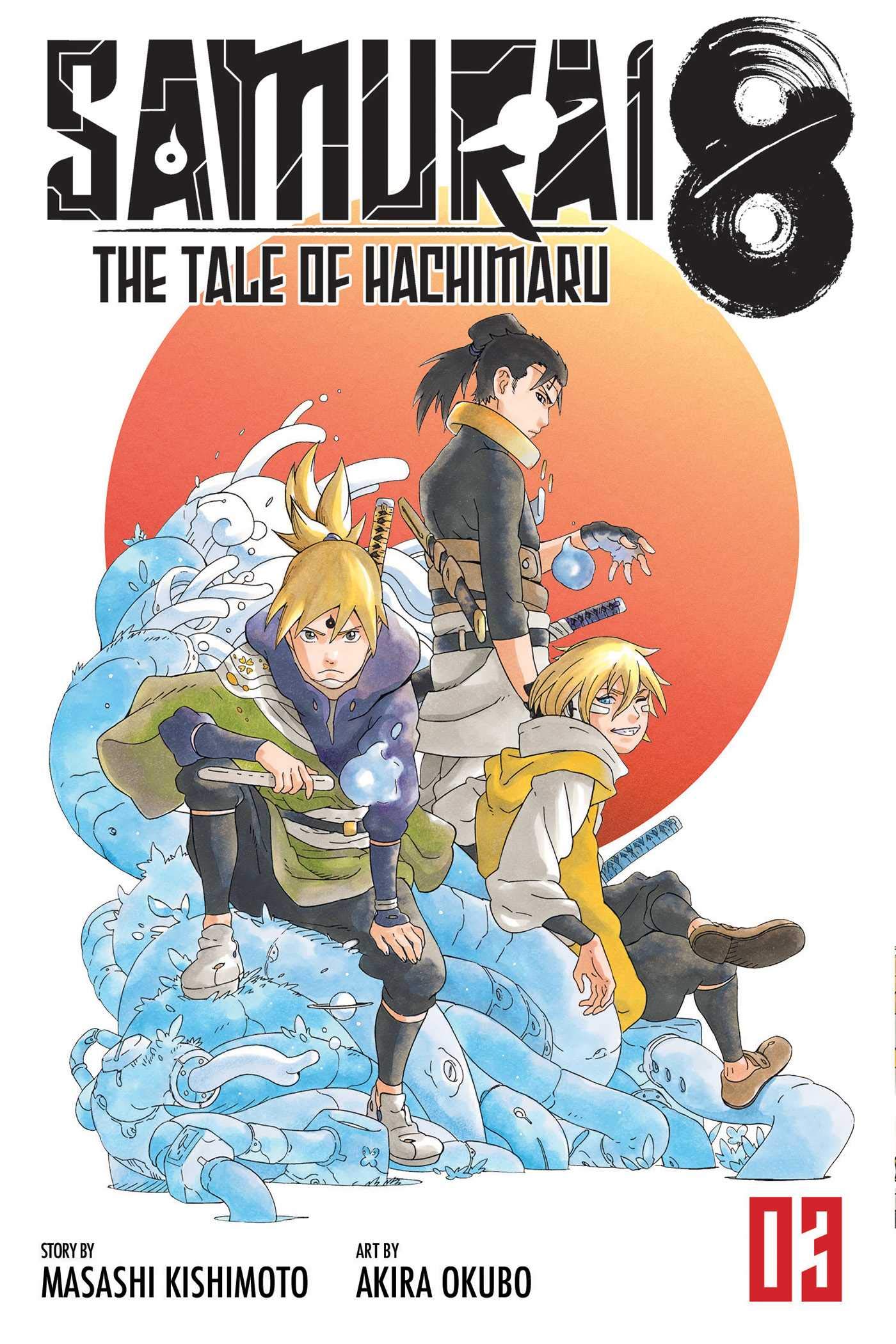 When the fighting gets going, that’s where Samurai 8: The Tale of Hachimaru shines the brightest. The collaborative manga from Naruto creator Masami Kishimoto and illustrator Akira Okubo know how to deliver a memorable battle in page form. But when it comes to its storytelling, the narrative of Samurai 8 can be very touch-and-go. This is evident in its third volume, where it struggles to bring enough interest to the narrative.

After surviving an attack from Ata and mourning the death of his father, Hachimaru sets out on his quest. Alongside Daruma, Ann, and Hayataro, Hachimaru seeks out the other samurai keys to bring a better future to the universe. This means running into a troublesome duo and participating in a massive battle royale. However, as the search commences, an evil lurks in the shadows behind out gang of heroes. 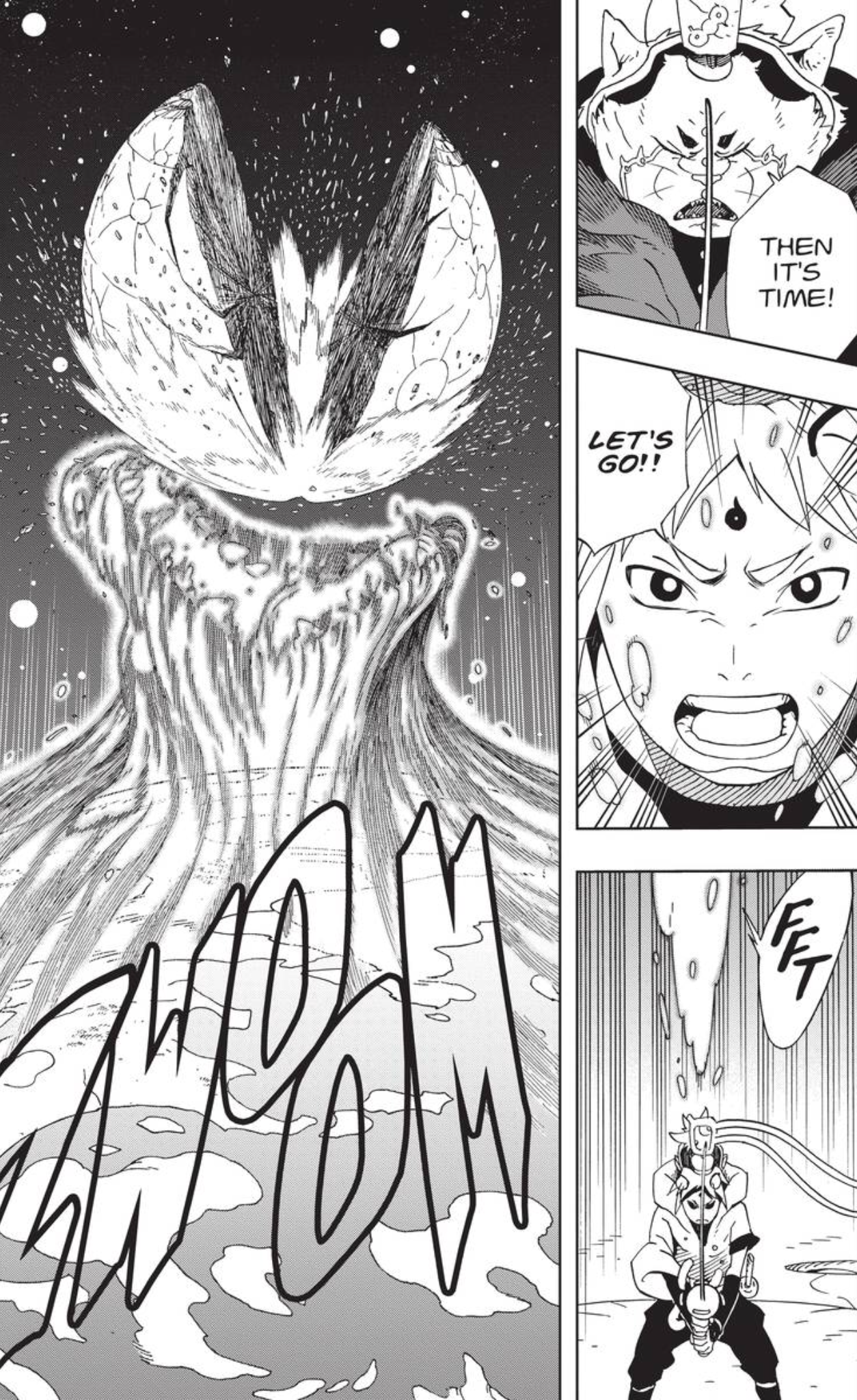 One of the things the latest volume of Samurai 8 does first is give a fitting conclusion to the Ata run-in, with the moon on the verge of crashing into the planet below. With a great amount of heart and strength, Hachimaru and Daruma blast away the remnants of the Death Star. This leads to a very humorous reveal to what Hachimaru looks like when he nearly drains his energy supply, as he looks more like a geriatric than a young samurai. Thankfully, Ann’s heart is bigger than the planet they live on, as she sticks by his side as he heals up.

That leads me to one of the bigger strengths of the manga, and that’s the framing of our two main protagonists. A former sickly child and a princess with a stutter isn’t something that you come across often in manga, with a beautiful spotlight shined on two individuals who have disabilities. Seeing as there are many people in the anime & manga fandom who share these faults, one can certainly see Kishimoto & Okubo giving a voice to these type of people. They aren’t physically perfect, but they make up for their weaknesses with the amount of heart they place into everything they do. From that perspective, the story of Samurai 8 is commendable. 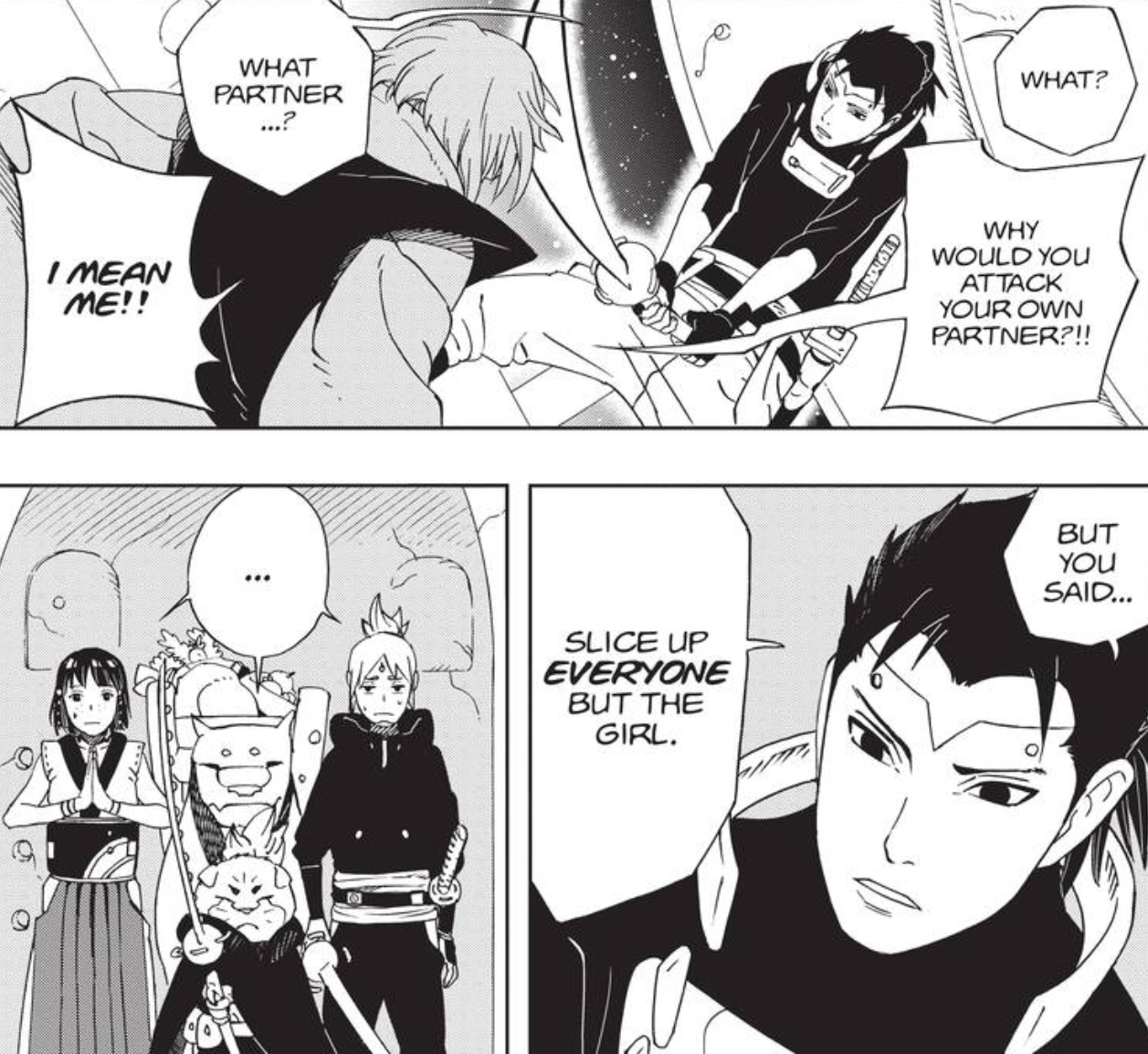 However, there does seem to be an air of trouble when it comes to filling up time to push the story onward to its final destination. The addition of Ryu and Kotsuga is an example of where the story can get slightly rocky. While the characters are okay, they don’t necessary bring anything unique to mix the story up. Granted, they do get a couple of good laughs and bring some impressive fights to the table, but it feels no different from the fights we’ve seen in past chapters.

Thankfully, the story picks up again strongly with the battle royale. The competition is filled with badass visuals that Okubo crafts to entertain the eyes. During this fight, we’re also given a pretty solid back story about Ann and her deceased brother, showcasing some touching moments and a better understanding of the hows and whys of her actions and mannerisms. All of it builds up towards another big fight, although one will have to wait a bit to see how that turns out. 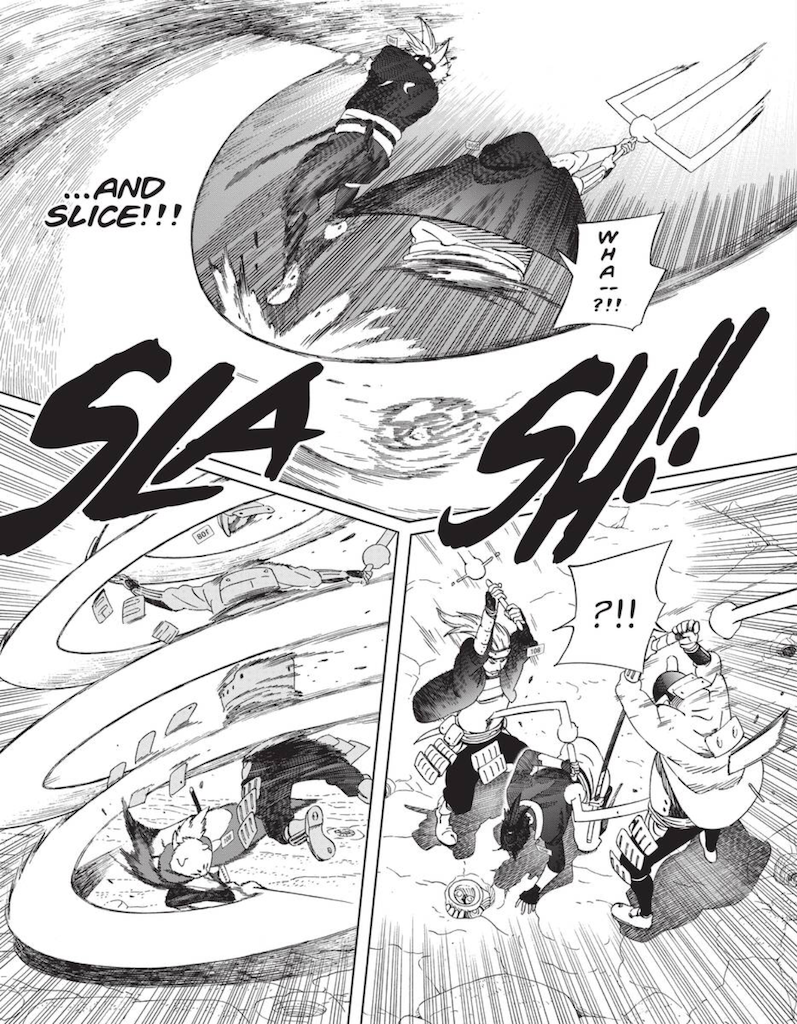 There are some bumps and bruises in the third volume of Samurai 8: The Tale of Hachimaru. However, it knows how to recover from a storytelling tumble, picking itself back up with some impressive battles and a heartbreaking flashback. While it appears that Kishimoto won’t strike gold again like his previous hit, Samurai 8 still has moments that will widen the eyes of readers. The third volume is good enough to keep pushing forward, with hopes that Hachimaru’s journey will find greater glory along the way.