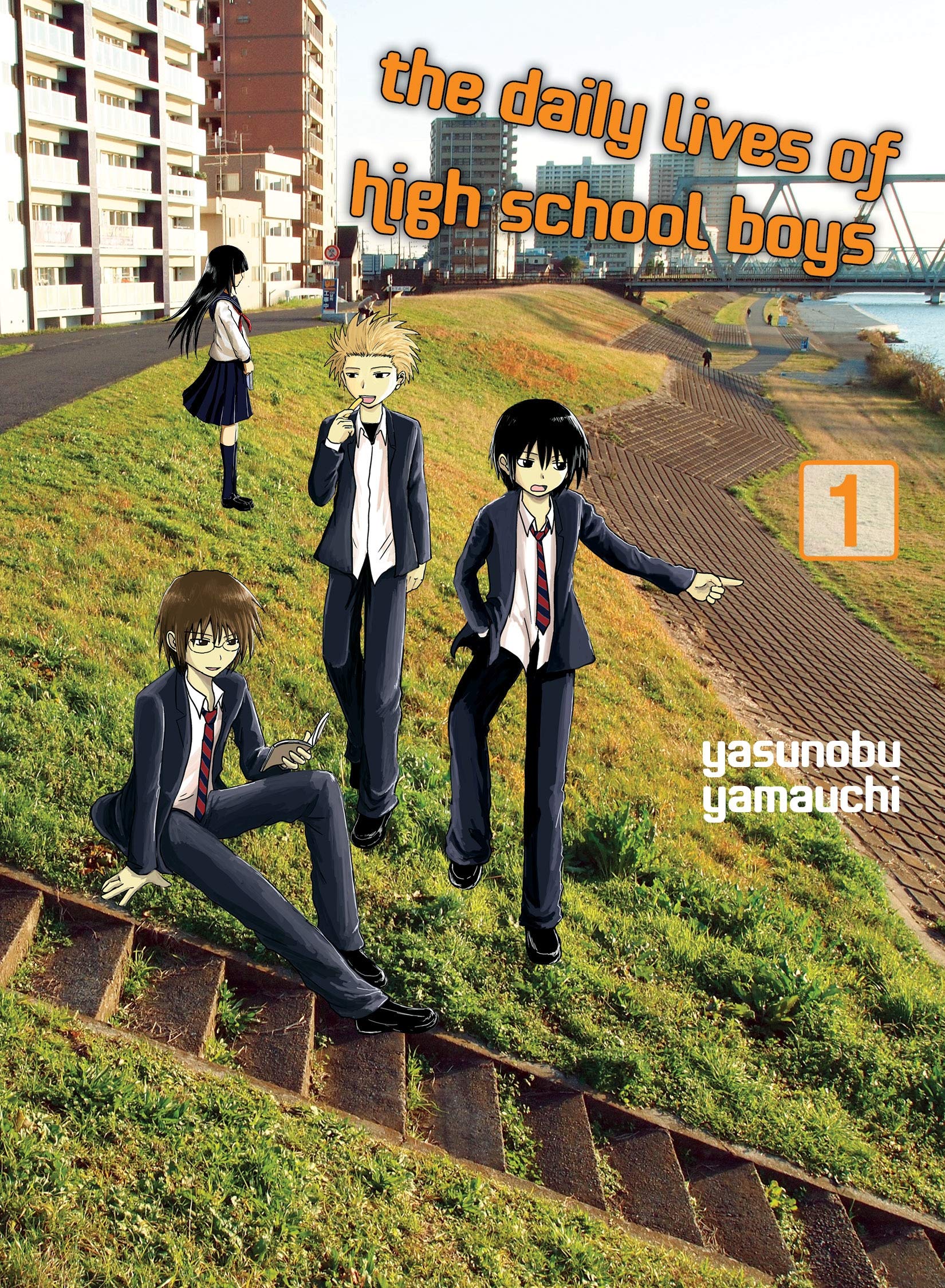 Who are dumber: high school girls or high school boys? There’s a plethora of manga and anime that support both sides, with Asobi Asobase and The Wasteful Days of High School Girls showcasing stupidity with feminine twist and Cromartie High School and Ouran High School Host Club demonstrating idiocy with masculinity. But now, ten years since it was first published, a challenger for Team XY has emerged from Japan in the form of Yasunobu Yamauchi’s the daily lives of high school boys.

Similar to The Wasteful Days of High School Girls, Yamauchi’s series doesn’t exactly have a plot. Each chapter follows three friends as they goof off and waste the minutes away talking about, well, nothing in particular. Tadakuni, Yoshitake, and Hidenori spend their free moments discussing about girls, what wearing skirts would be like, what the perfect summer vacation would be, and fending off a panty thief that may or not be one of them.

The discussions in the daily lives of high school boys remind me a lot of The Student Council’s Discretion (Setokai no Ichizon), where nothing gets done and the conundrum’s made only worse. Sometimes, they attempt to be smart and philosophical with their thought process, only for it to turn into a whirlwind of stupidity. This is, of course, the point of Yamauchi’s series, as it demonstrates the pure dumbness that runs through the minds of today’s youth.

Its dialogue can be clever, bringing about a loud laugh when a joke strikes it hard. Watching as Hidenori attempts to talk elegantly with a girl near a river is a prime example of relatable comedy. How he squirms and wishes to die after every dumb sentence he utters is something I’ve personally felt when trying to talk smooth on a date or around my female friends. The punchline of the girl being an amateur novelist adds a little humorous jab to the situation, giving way to her being embarrassed in the long run.

However, the problem with this manga is that the jokes can be very hit-or-miss. Perhaps it’s a cultural thing, but I often found myself searching through certain chapters see where the joke could be hidden. Sometimes you’d get a good story like one involving ghost stories or a guy wearing a skirt. But then there’s complete nonsense like the boys playing a fantasy adventure on their way home. It tries really hard to be funny, but the only thing that came out of my reading of it was a mere shrug.

I mentioned earlier about which of the two main sexes are dumber in anime comedies. (It’d take far too long to add all the other genders to the mix, so apologies!) While I wish I could say that the men are portrayed the dumbest, it’s when the daily lives of high school boys flips the sexes in the bonus comics where the real answer lies. Entitled “high school girls are bizarre”, the antics shown here demonstrate stupidity at its finest, with previous stories in the main manga flipping the switch and resulting in bigger laughs all-in-all.

the daily lives of high school boys has a mixture of winners and losers in the first volume’s story department. It can be very funny at times, but it can also drag a little too much if the punchline can’t deliver. Maybe future volumes will bring bigger laughs, but for now, it appears that the girls have the upper hand at being the most entertainingly dumb of the two. (Mind you, this is from a fictional standpoint. Please don’t kill me, real-life female demographic!)