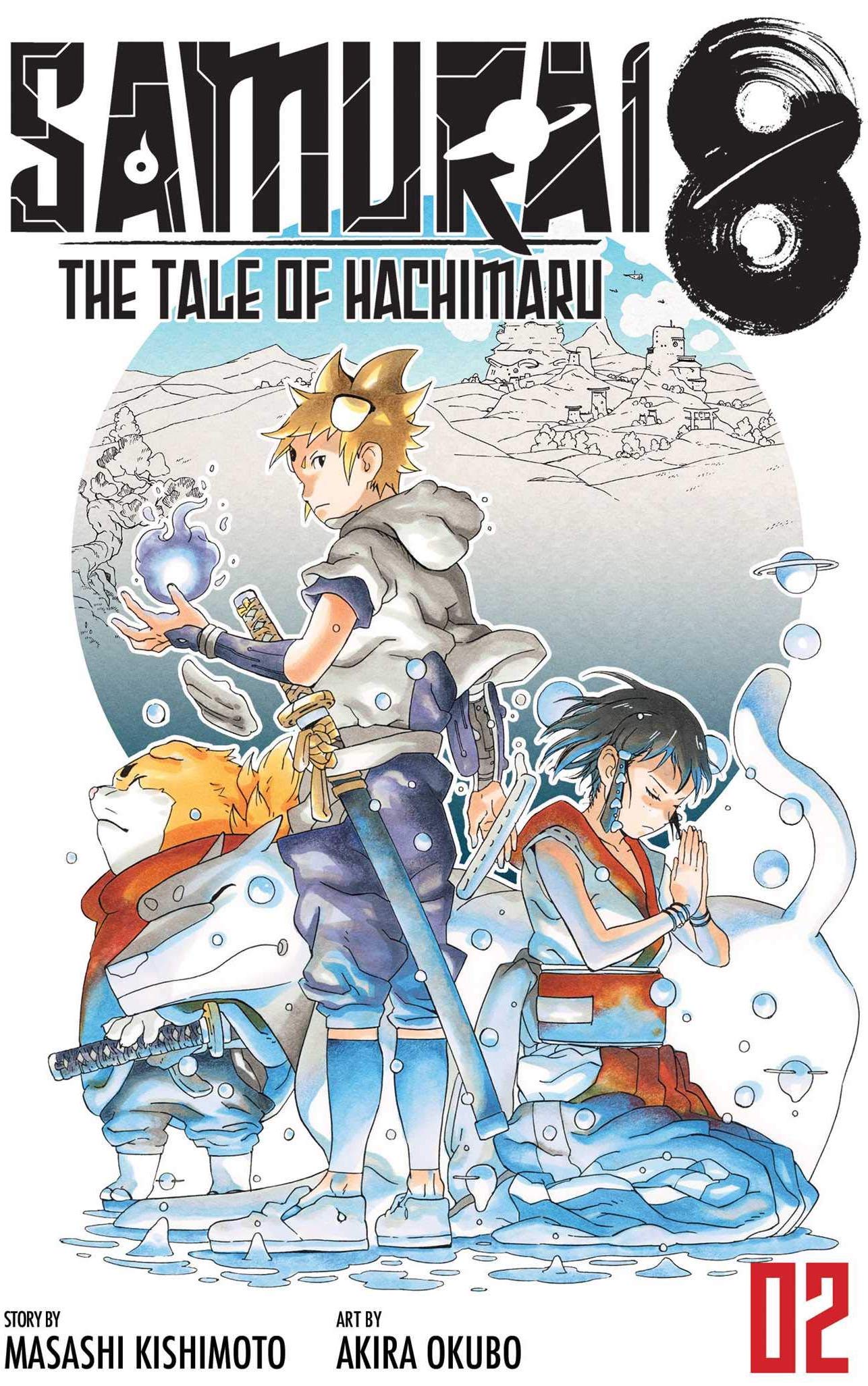 Samurai 8: The Tale of Hachimaru started out on a good note, with Naruto creator Masashi Kishimoto building a strong world and foundation for his new hero. But with the second volume, the main objective comes to light. While it has some potential, one cannot help but feel this is ground that’s been treaded one too many times. Thankfully, there’s a bit more to Samurai 8 than the norm.

Now training under Master Daruma, Hachimaru comes face-to-face with his princess of fate. Ann, a kind girl with a stuttering issue, acts somewhat coldly at first to Hachimaru, before opening herself up more to him. As the two slowly become a fine pairing, a new threat in the form of Daruma’s former pupil arrives to take Hachimaru away. But as luck would have it, his dad has a couple of surprises waiting deep from within. 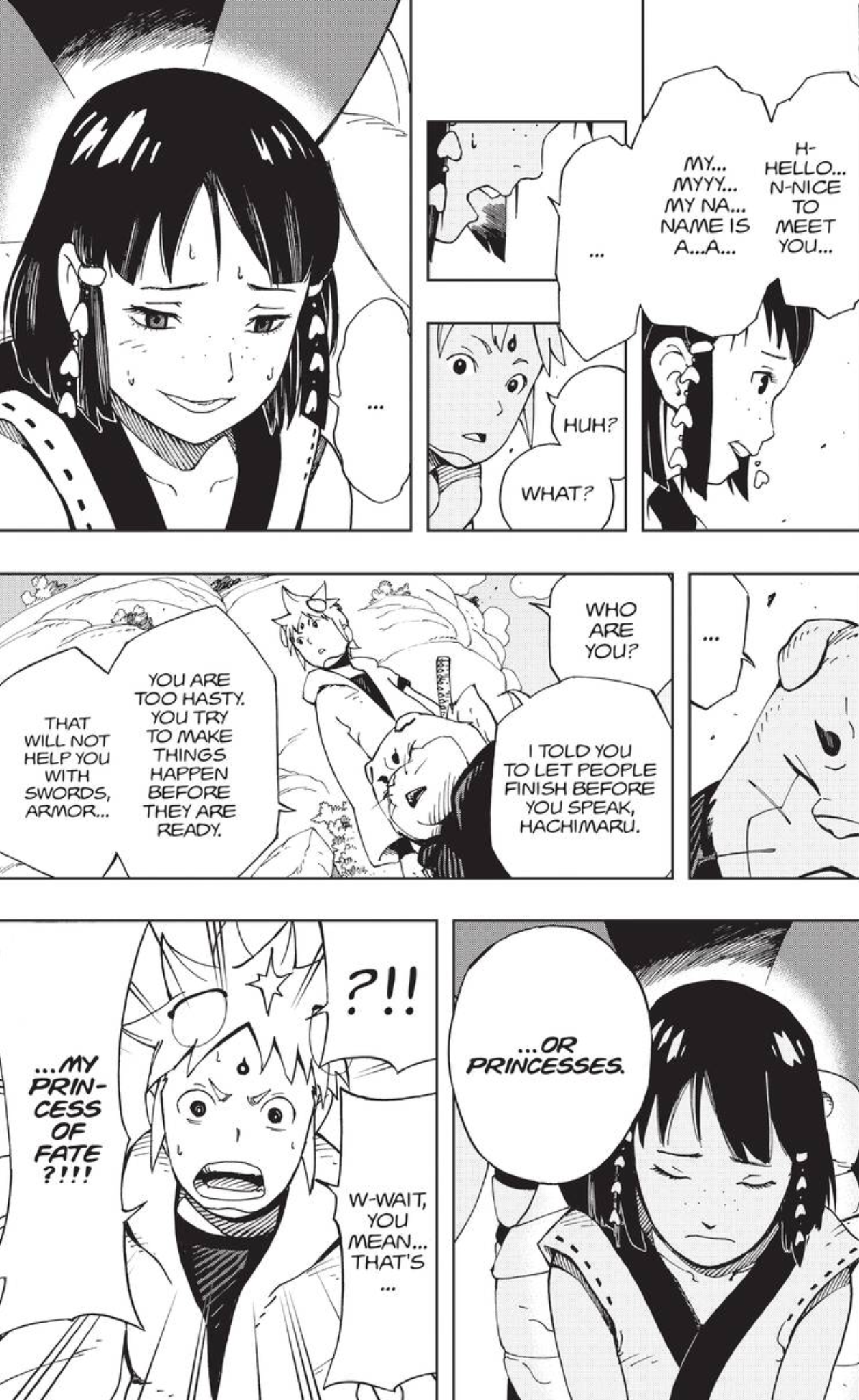 I’ll admit that the pacing between Hachimaru and Ann’s partnership is pretty realistic, not going deep into tsundere mode and instead having the two build a trust with one another. While it’s wrong for Hachimaru to lie about his past, it goes to show just how far he’ll go to look strong in front of people he cares about. (He quickly gets a chance to redeem himself for his lie when he faces off against Ata.) But from his true weaknesses comes a strength that he pulls out when the time arrives to protect someone.

When Ata arrives, the truth behind Hachimaru and his father is revealed, giving way to a somewhat heartbreaking tale of a scientist and a child he should’ve killed. It leads to a nice twist on the Seven Samurai concept, with the often heroic characters now being cast as the story’s villains. Hachimaru’s father Dr. Furuta demonstrates his own hidden strengths in a battle with Ata, as he attempts to sacrifice himself for the benefit of his son. Although we’ve seen countless variations on this trope, it’s effective story-wise nonetheless. 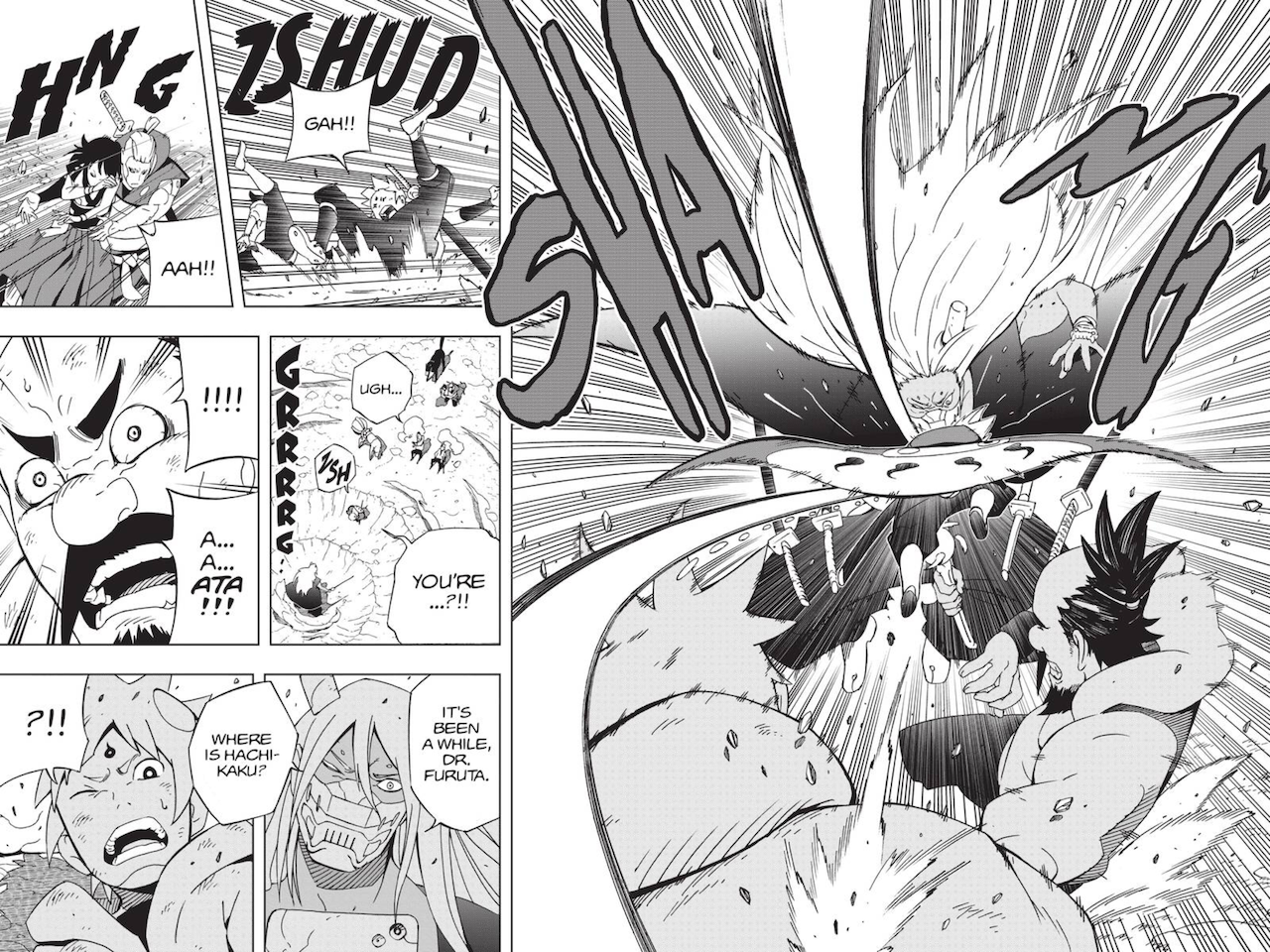 Artist Akira Okubo goes to great lengths to showcase the tenacity of battle. Watching as gadgets and robotic limbs pop and explode to a samurai blade demonstrates a cool visual style that — while different from his brother Atsushi’s — has its own kind of uniqueness. It’s certainly akin to what Kishimoto did with Naruto, but with enough changes that make it its own entity rather than a mere follow-up.

Volume Two sets the stage for the real story of Samurai 8: The Tale of Hachimaru. Despite it having some familiarity with other properties, there’s enough newness here that aims to keep the narrative fresh enough to stand out. How it plans to deal the Pandora’s Box and Hachimaru’s connection with the enemy remains to be seen. However, if the pacing keeps up like so, then Samurai 8 will hopefully deliver an epic that’ll appease both fans and newcomers of Kishimoto’s works. 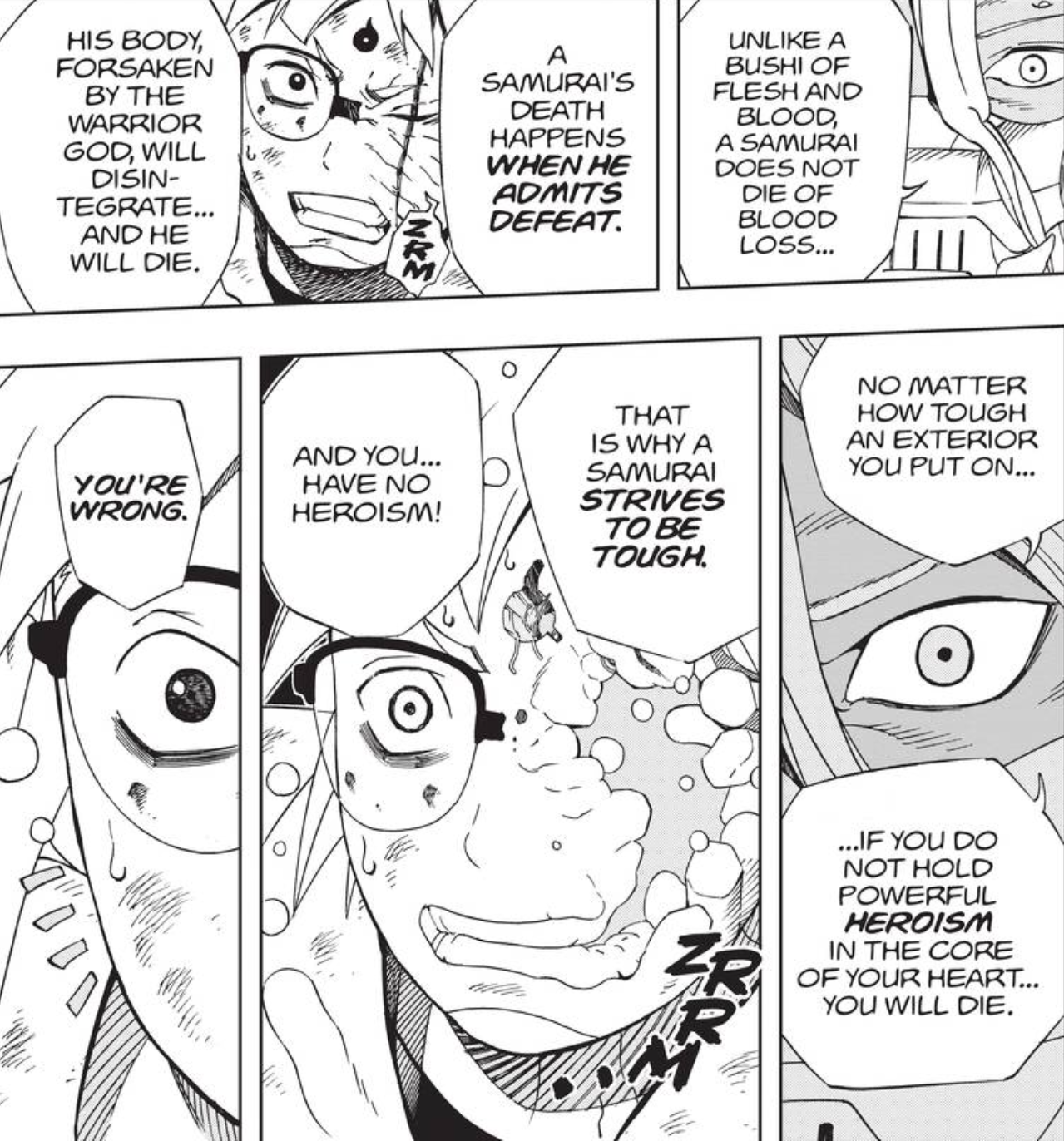