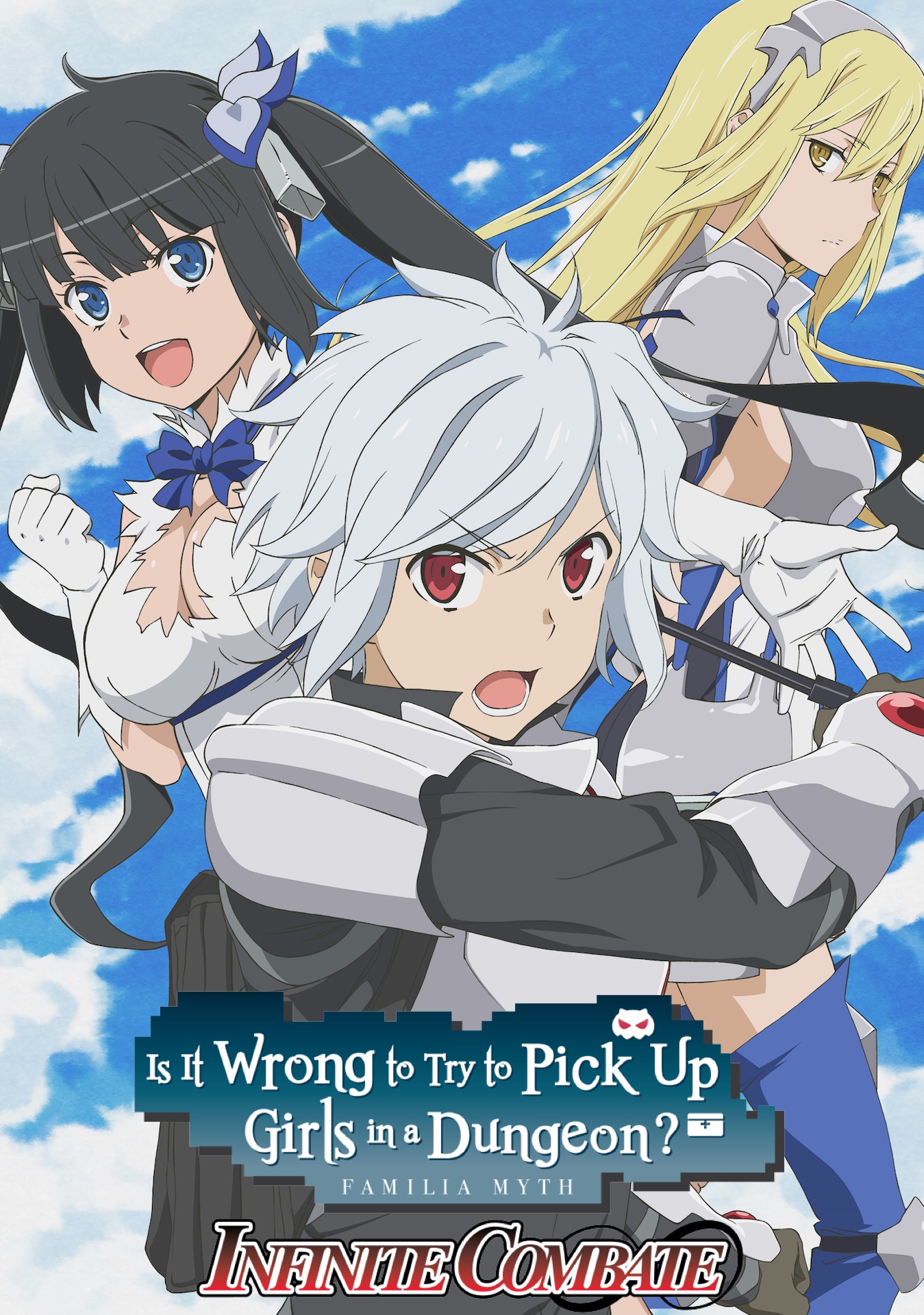 Infinite Combate retells the first couple of books of the main story, as well as the Sword Oratoria spin-off series. In ten chapters, you control Bell Cranel, as you attempt to make a name for yourself in the dungeon for the sake of Hestia. His levels start rising, thanks in part to him wanting to impress fellow warrior Aiz Wallenstein (who you control in her own six-chaptered story). As you make bank, earn treasures, and slay monsters, Bell slowly gets noticed by his peers, while at the same time grabbing some new allies for his Familia. 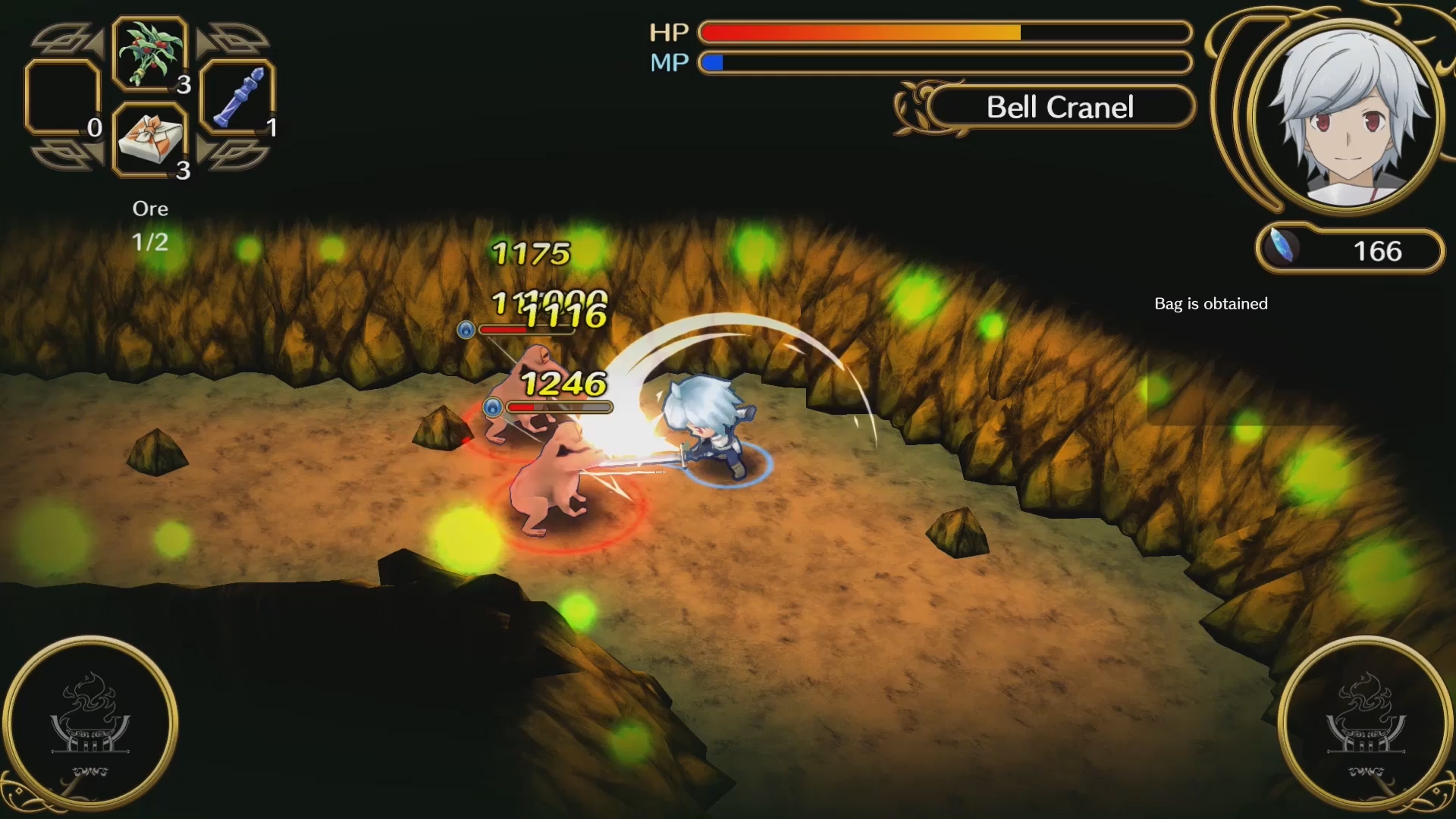 Instead of the Dark Souls-like intensity that the original series delivers, MAGES. instead has gone with something more along the lines of Etrian Odyssey with its mechanics. Monsters spawn, you kill them, then you gather the treasures, and then you either move to the next floor or complete the quest. The gameplay elements are pretty standard, with its overhead view of some hack-and-slash battles with goblins, orcs, and other baddies that roam the dungeon. Although it fits the cuter aspect of DanMachi, the action scenes were never the cute parts of either the original light novel or J.C. Staff’s anime adaptation!

What is showcased in Infinite Combate is a very watered-down presentation of what the world of DanMachi has to truly offer. There should be a plethora of memorable moments presented with the same level of epic tenacity as what fans have read in the books or watched in the anime. When Bell receives the Hestia Knife, or when he finally earns the respect of some of the Loki Familia, there should be a heavy emphasis on just how important this is in the series overall. Sadly, when you watch the battles unfold, they wind up being even less impressive than when the mobile game Memoria Freesa did it. 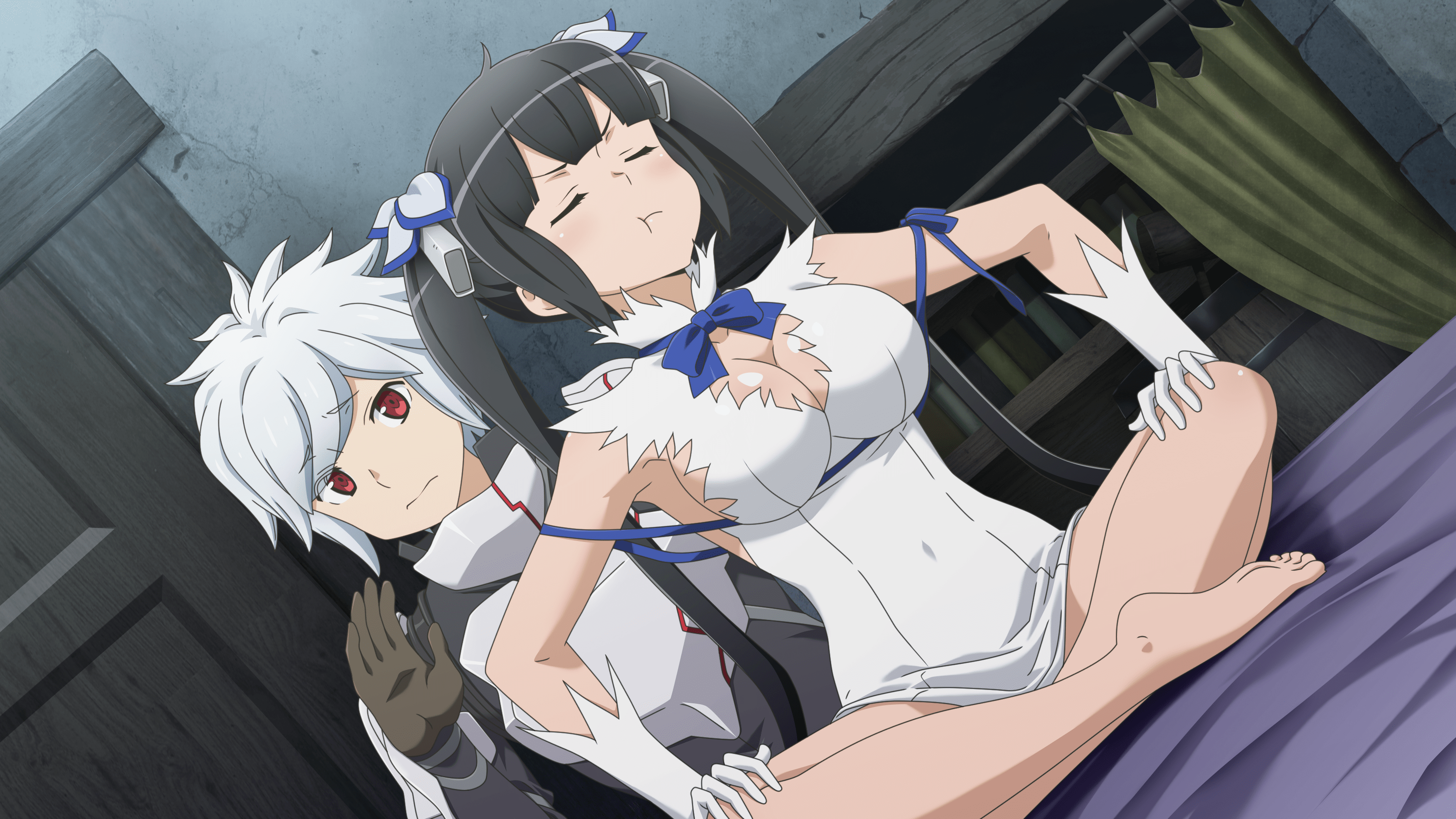 Granted, what it does right is its story presentation. Combining elements from the anime and light novel, the storybook-styled narrative dives a little bit deeper into the psyches of all of the main characters. It made revisiting Bell, Hestia, Aiz, Lilly, and the amazon twins Tione & Tiona fun, with their banter and dialogue being just as fresh, humorous, and meaningful as the first time I heard it. But it’s when you can deepen your relationship with these characters in special date events where the story gets deeper, emotional, and -- often -- funnier.

However, as you only control Bell or Aiz, it makes the entire experience not as strong as it could’ve been. The option to control the other members of either the Loki Familia or the Hestia Familia are only subjected as assist characters. While their moves are impressive, it would’ve be a lot more fun if the option to actually control them was there. But considering that the DanMachi world’s main focus is on Bell and Aiz, the omission of the other Familia members as controllable characters is somewhat understandable. 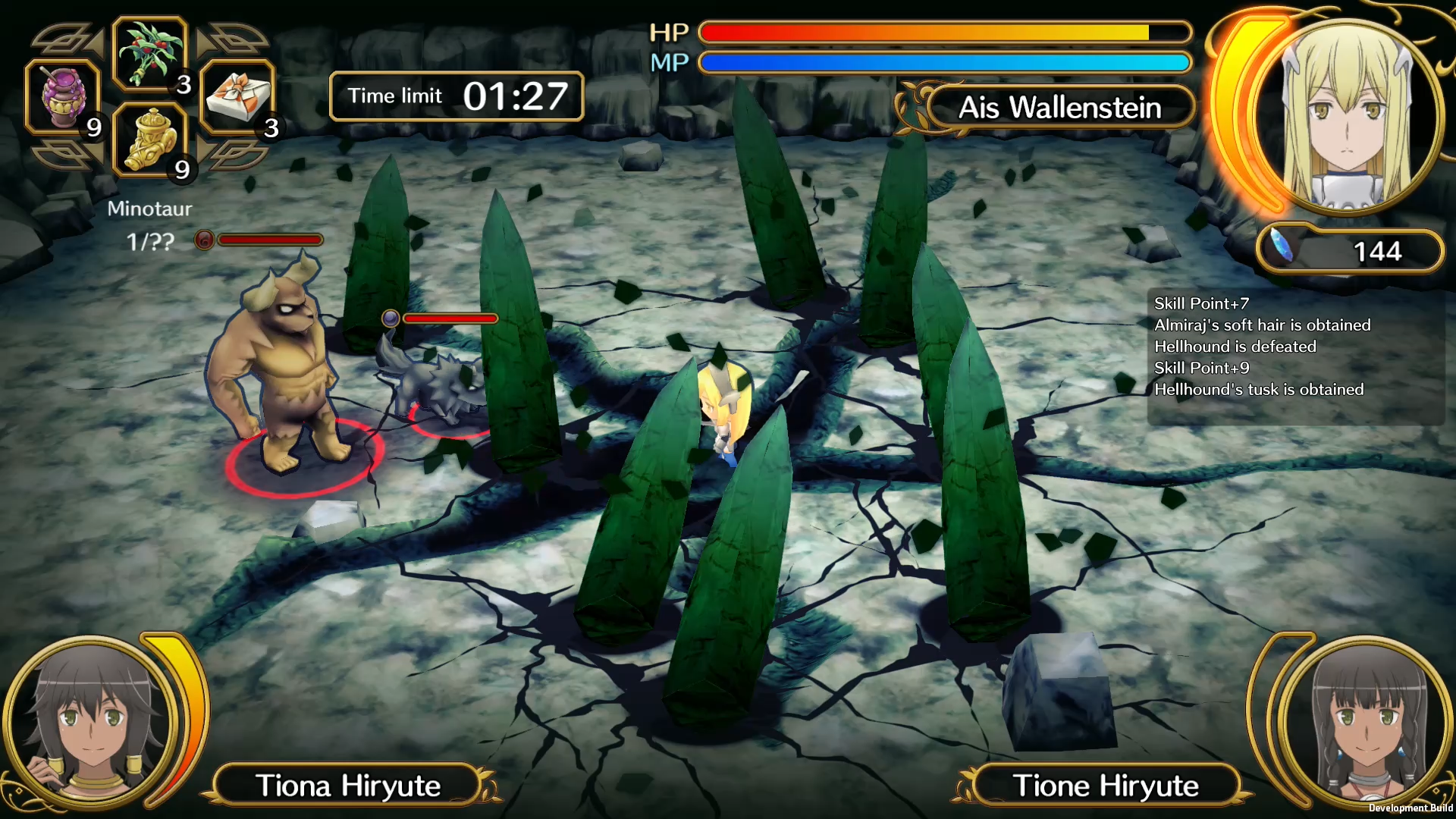 As you play, Bell and Aiz will have the ability to buy new weapons, upgrade their current ones, and fill themselves up with as much medicine and antidotes as their wallets can handle. Taking on side-quests also helps with gaining new items to earn some custom-made items, which do come in handy when it comes to dealing with tougher enemies later on. However, that does lead to another problem with Infinite Combate: its difficulty.

At first, things are tough for Bell, as he’s still a beginner in the adventurer’s guild. But quickly his skills level up, resulting in monster battles that go by very quickly. Although the boss battles can still be tough, maneuvering through most of the dungeon and taking down creatures gets both too easy and too repetitive. Any level of excitement that the game had gets depleted when you find yourself doing the same thing over and over again. As a fan of the DanMachi franchise, getting bored of something related to it is a challenge that MAGES. somehow managed to succeed at!

Is It Wrong to Try to Pick Up Girls in a Dungeon? warrants a grand video game, but Infinite Combate unfortunately isn’t it. While the story’s still just as good as the first time around, there’s no getting around its below-average gameplay. So please, wake me up when From Software gives Bell and Hestia the video game adaptation they greatly deserve.