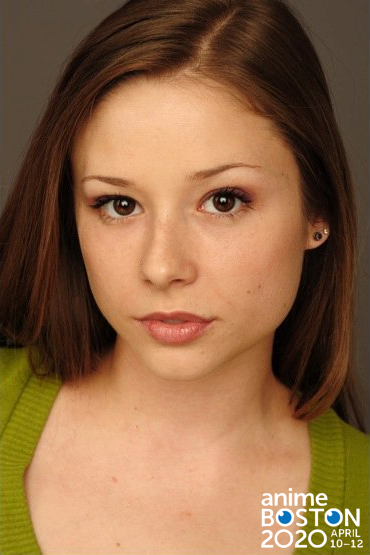 Making her first appearance at Anime Boston 2020, voice actor Brittney Karbowski has been announced as the second North American guest for the annual convention!

Brittney Karbowski began voice acting right out of high school. She has had so many great roles but some of her best known include Mikoto Misaka in A Certain Magical Index, Rimuru in That Time I Got Reincarnated as a Slime, Ryou Fujibayashi in Clannad, Wendy Marvell in Fairy Tail, Nanachi in Made in Abyss, Black Star in Soul Eater, Pride in Fullmetal Alchemist Brotherhood, and Camie Utsushimi in My Hero Academia.

Her first roles were at ADV Films including Fuko in Gilgamesh, Mone in Yumeria, Himeko in Pani Poni Dash, Aoba in Jinki:Extend, and Ayu in Kanon. In 2007 she began working for Funimation, playing Mai in My Santa, Apis in One Piece, Anri in Sasami: Magical Girls Club, Ku in Shattered Angels, Siain in Shuffle, and Nina in Save Me! Lollipop.

Some of Brittney’s other roles include Yuri in Angel Beats, Ikaros in Heaven's Lost Property, Yamada in B Gata H Kei: Yamada's First Time, Manami in Cat Planet Cuties, Arisu in High School of the Dead, Cecilia in Infinite Stratos, Hitch in Attack on Titan, Sanae in Love, Chunibyo, & Other Delusions, Aria in Akame Ga Kill, Migi in Parasyte the Maxim, Karen in Gamers, Hisako in Food Wars, Hitoka Yachi in Haikyuu, Papika in Flip Flappers, Byakko in Release the Spyce, and Koyomi in Bloom Into You.