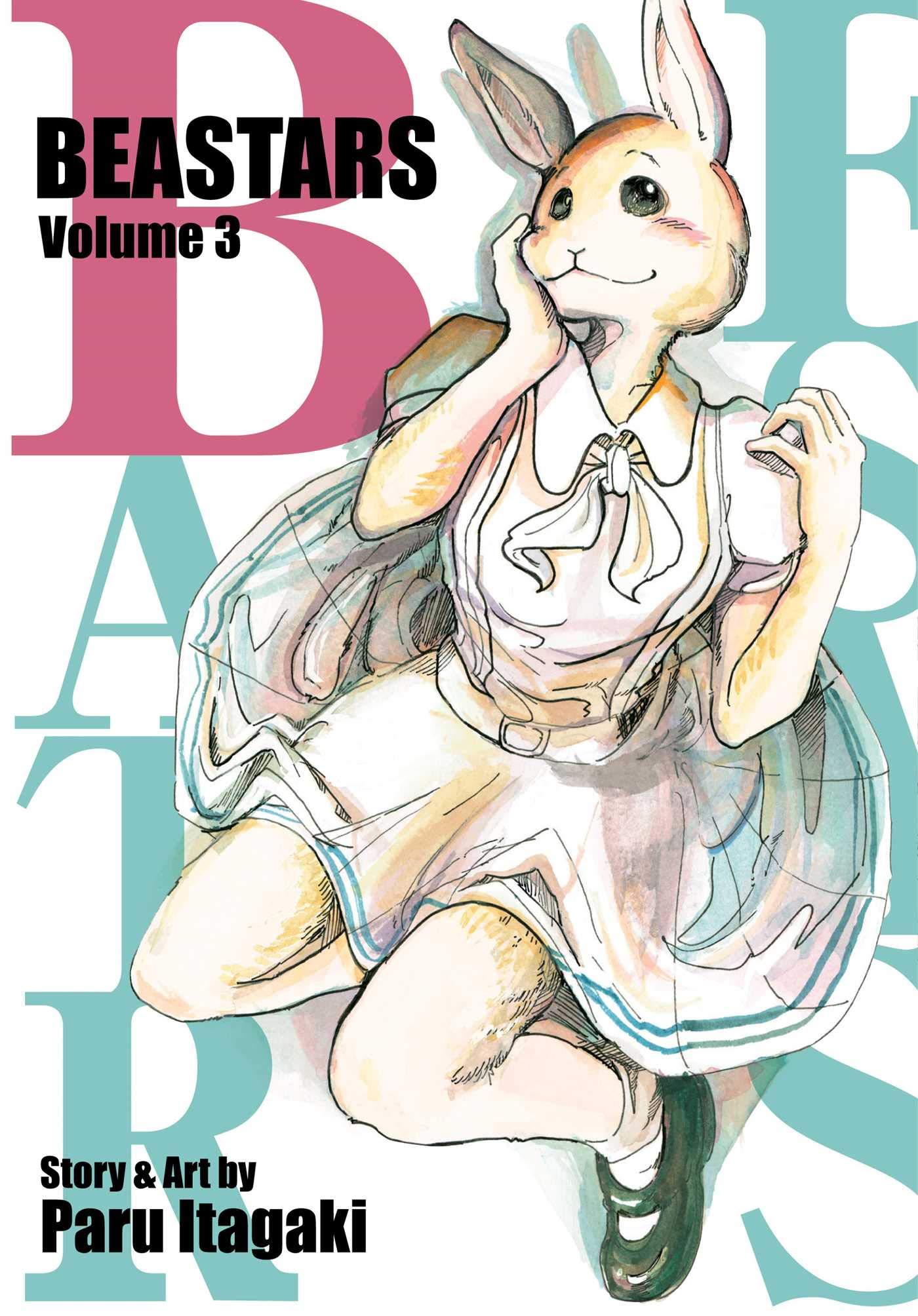 The more I read Paru Itagaki’s BEASTARS, the more I realize how blurry the line is between human and animal instincts. Some crave blood and the limelight; others wish for quiet dignity and peace. Perhaps that’s the point that Itagaki is trying to drive home with her series, as its third volume seeks to dive into the mindset of a someone who can’t figure out what he’s feeling. Is it love, or is it carnivorous instinct?

Volume Three of BEASTARS picks right up from the previous volume, with the second performance of the school play going over far stronger than Legoshi, Louis, and Bill could’ve ever imagined. But as one event comes to a close, another starts to peek up, with the Meteor Festival drawing near. A run-in with the bunny girl Haru rekindles a strange feeling deep from within Legoshi, as he starts to question his own emotions. It’s when he and his classmates find themselves in the middle of a Black Market when he begins to piece together the inner thoughts that run through his snouty head. 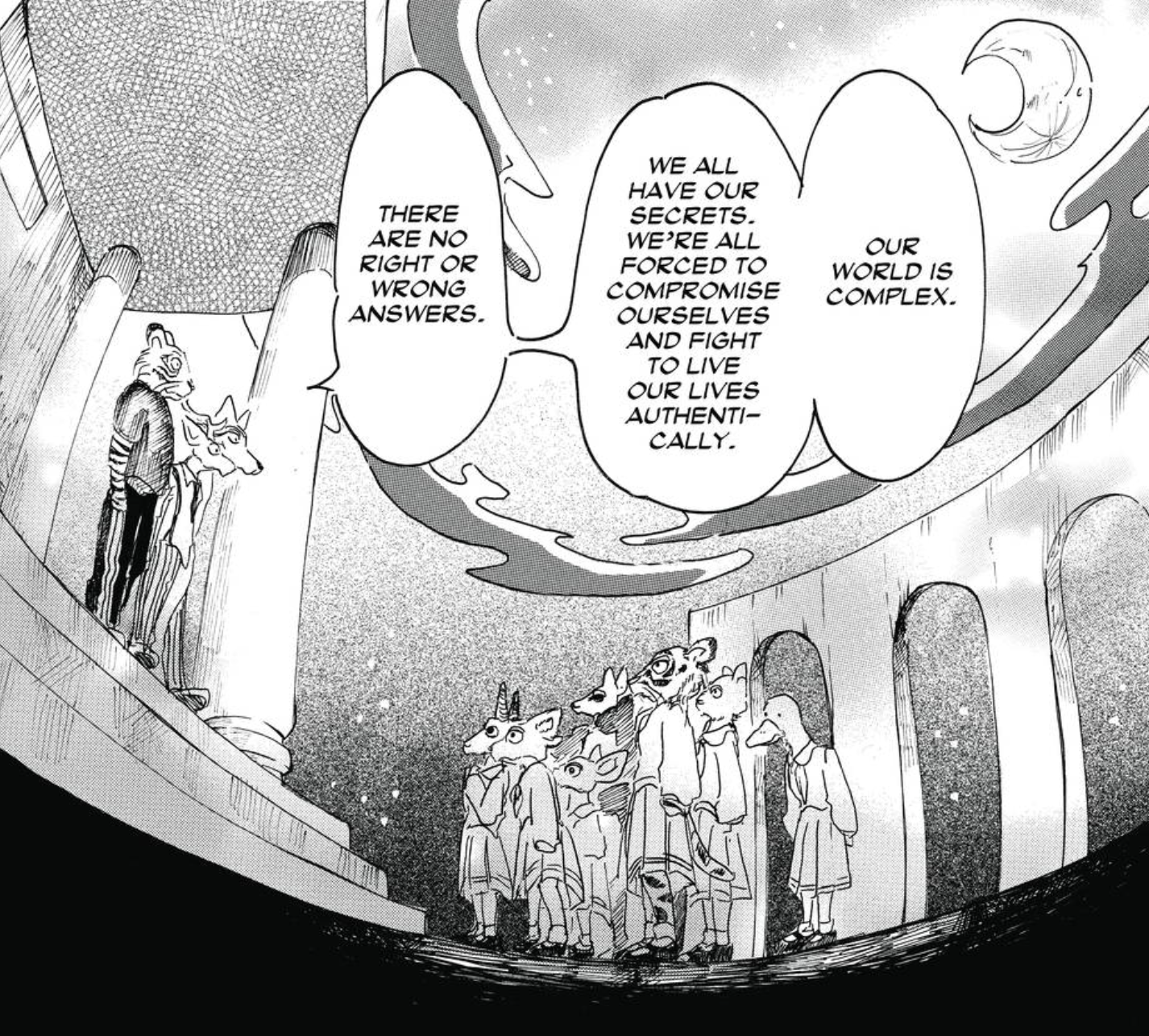 One thing that constantly drags me into each volume of BEASTARS is how each character is framed. Legoshi is a very timid individual, despite him being such a tall and intimidating-looking animal. His nerves are like wet noodles, even when with a female rabbit who’s half his size. But as this series of stories goes on, it’s becomes apparent that Legoshi is holding something down deep within his gut. It’s how he comes to terms with what’s eating him where we’ll be certainly seeing what his true nature is.

A big part of these thought processes come off strongly near this volume’s end, as Legoshi talks one-on-one with a doctor he has a questionable run-in with at the Black Market. Here, Legoshi comes to realize what he feels for Haru, as well as does his damndest to convince both the Doc and himself that he has zero interest in giving into his carnivorous instincts. Even as he walks out of that office, that feeling of doubt starts to creep into his psyche, to a point where even he can’t exactly describe what the hell it is that’s driving these strange cravings of his. 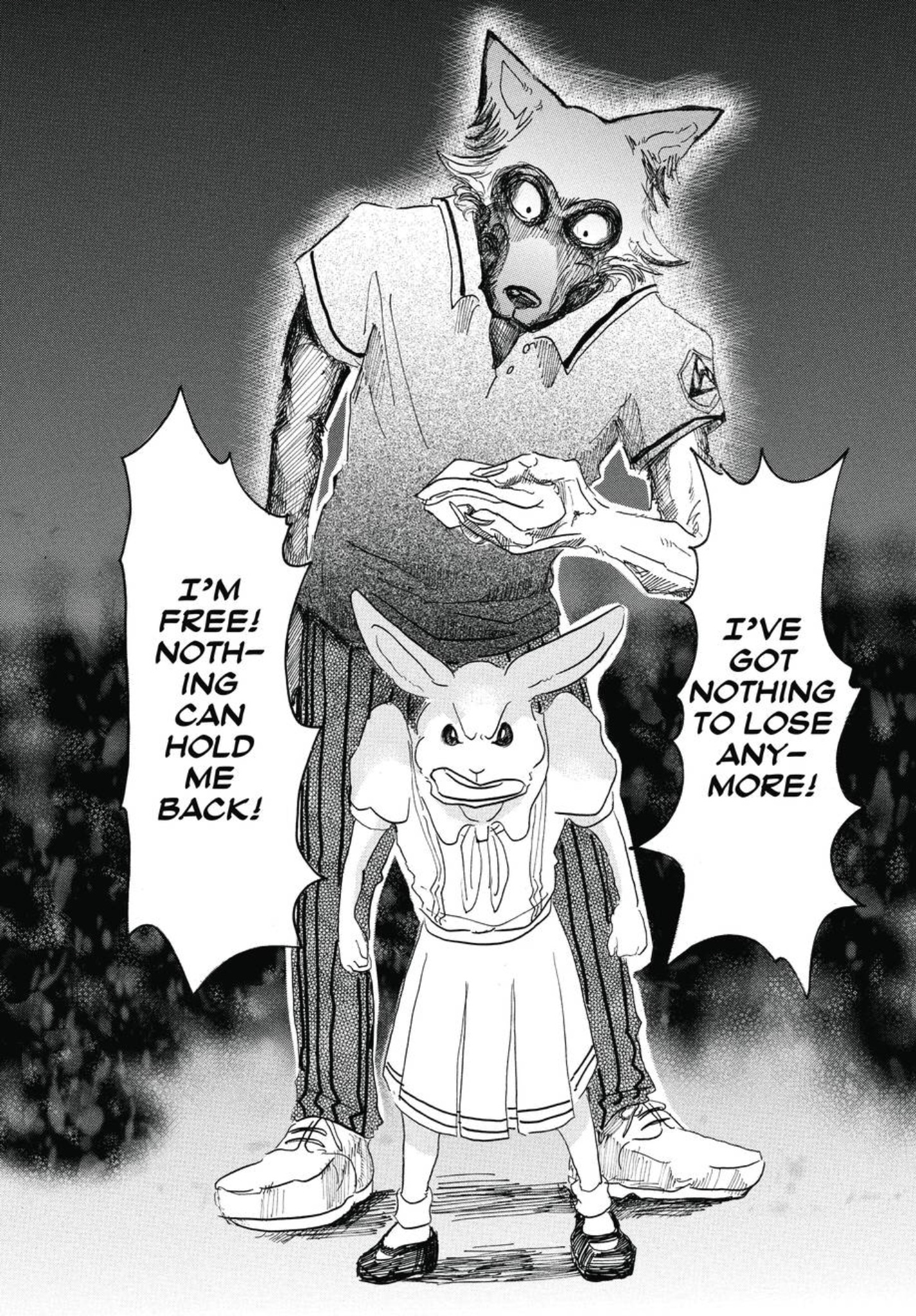 All of this is framed with such care by Itagaki. Despite the anthropomorphic style of these characters, it’s clear that you can easily switch the animals out with humans, and you would be able to tell the exact same story. Love, lust, rage, inner peace, and tension are as evident in our world as it is in the animals’, giving way to the fact that we all share the exact same instinct: survival. How we do it may differ from the wild creatures of the world, but it nevertheless leads towards the same conclusion. We either push forward and live long & healthy, or we take a knee and have the world forcibly shorten our time on this mad Earth of ours.

BEASTARS has taken me by surprise with each volume, and its third is no exception. With its deep character drama, fantastic world-building, and a sprinkling of humor to ease some of the tension, Itagaki’s story has the potential of being the kind of manga we place high on the mightiest of pedestals. Yes, some may not be able to overlook its furry-based visuals and the like, but needless to say that those kinds of people will be certainly missing out on the grand scheme and message that BEASTARS aims to present its audience. 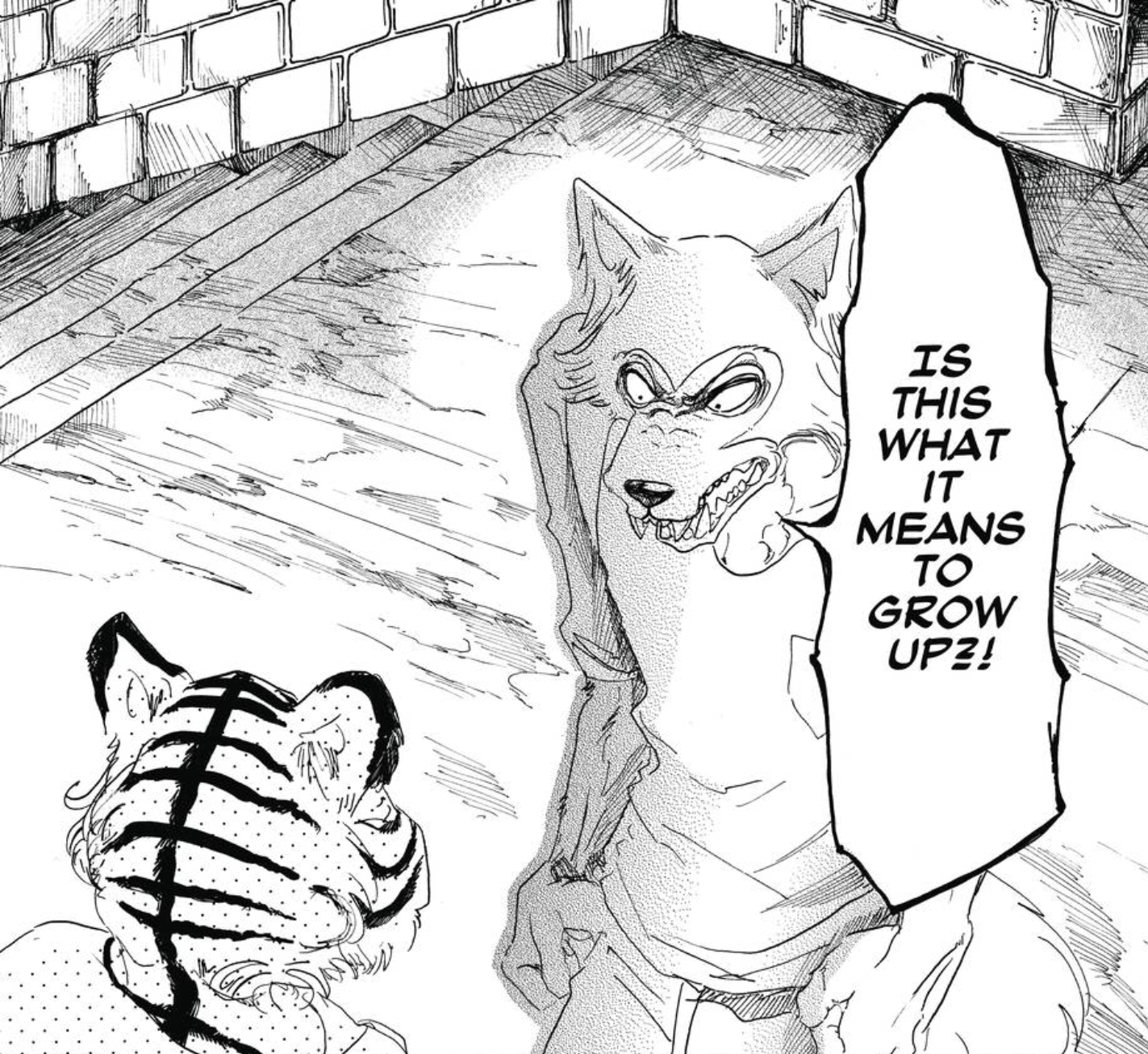