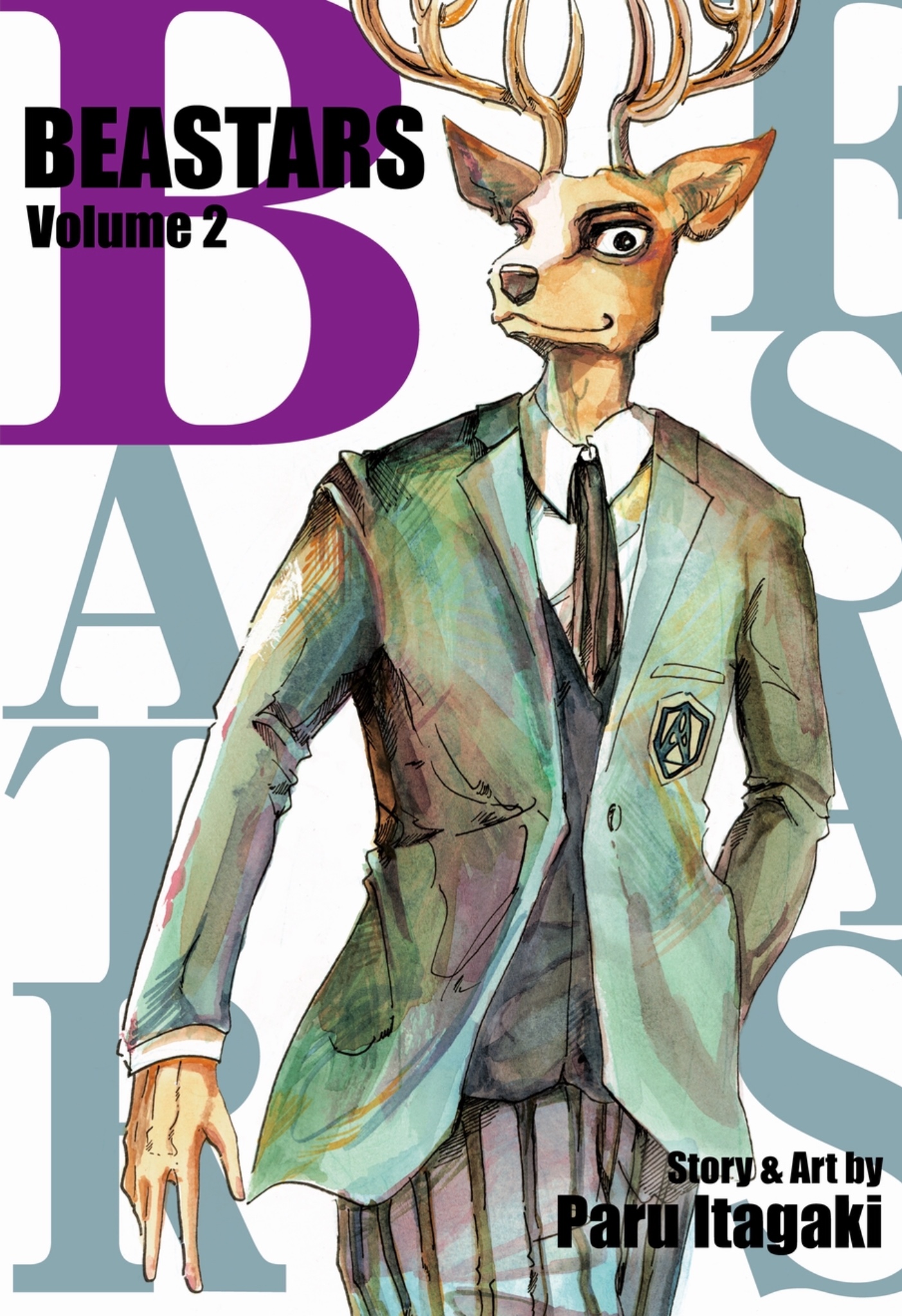 Calling the feeling “surprised” is a big understatement when I was first introduced to Paru Itagaki’s BEASTARS. What looked like another story about anthropomorphic characters co-existing with one another instead has taken the route of a deep humanistic drama. With its second volume, BEASTARS dives far deeper into the psyche of its characters.

Tem’s murder mystery takes a back seat for this particular volume, as the Drama Club is preparing for their performance. Legoshi has a run-in with the dwarf rabbit Haru, who has no recollection of the night he accidentally attacked her. Meanwhile, Louis hides his injury from the rest of the theater crew, resulting in him pushing his limits as a performer. Still, a tension fills the air as some herbivores can’t seem to trust the carnivores that roam by their side. 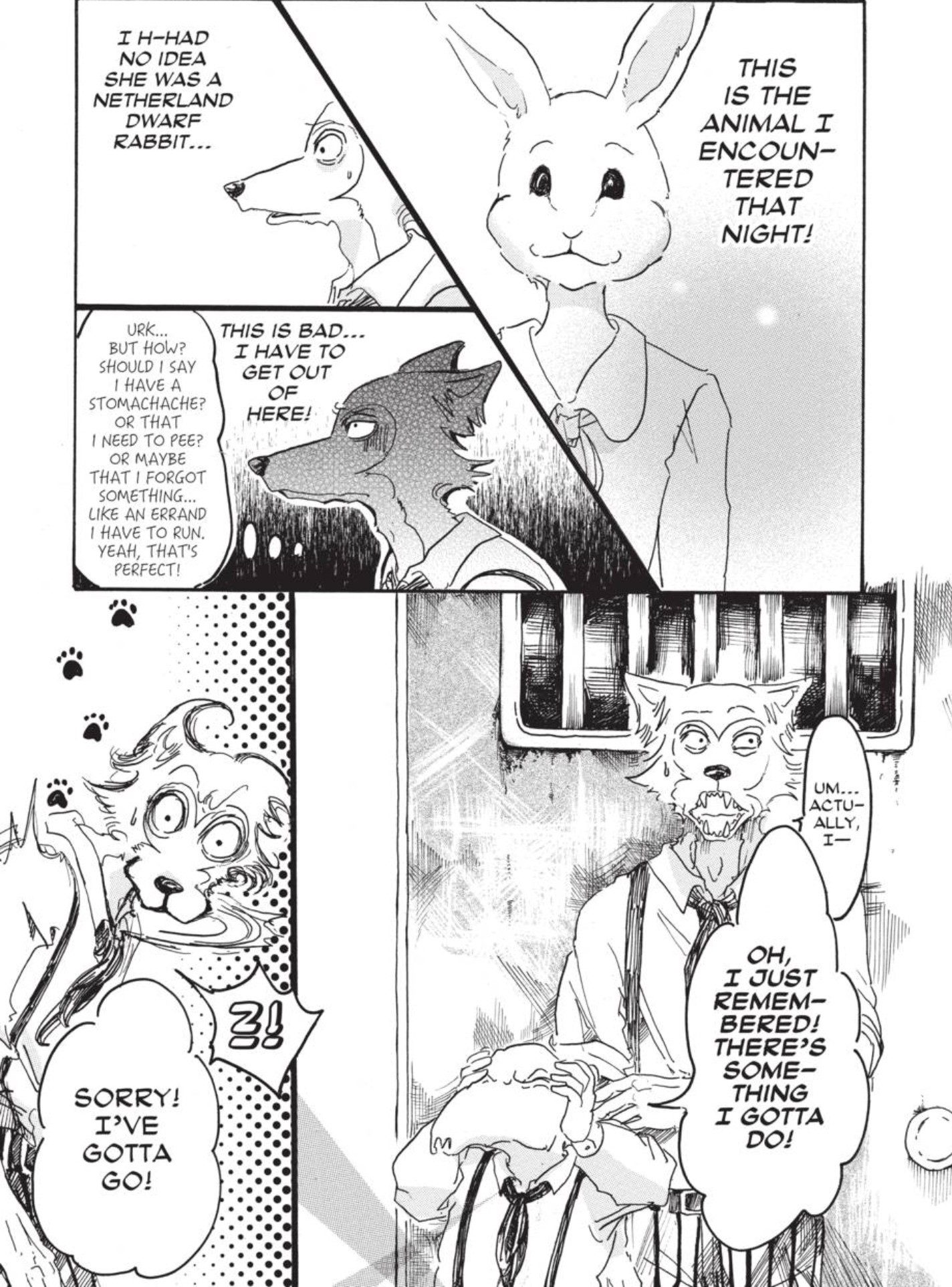 What BEASTARS does best is demonstrate the more humane aspects of these characters. Although the concept of animals acting more like people has been done in many different ways, this feels like the first time a story has hit the jugular when it comes to its presentation. There are nice guys, villains, modest folks, and assholes within every sort of species, which is demonstrated greatly through the eyes of Legoshi, Louis, Bill, and Els. It even knows how to deal with certain surprises within its wings.

I was taken aback by the actions of Haru, who was rumored to be sleeping around with various students. When you see what she starts to do with Legoshi in the clubroom, I genuinely raised an eyebrow at what was happening. Fortunately, readers will be glad to know that Legoshi is more kindhearted than what appears to be most of the students, giving way to a moment of niceness that demonstrates his views on genuine people. Although the situation somewhat messes with his mind for awhile, he pushes himself back nobly into a better state of mental well-being. 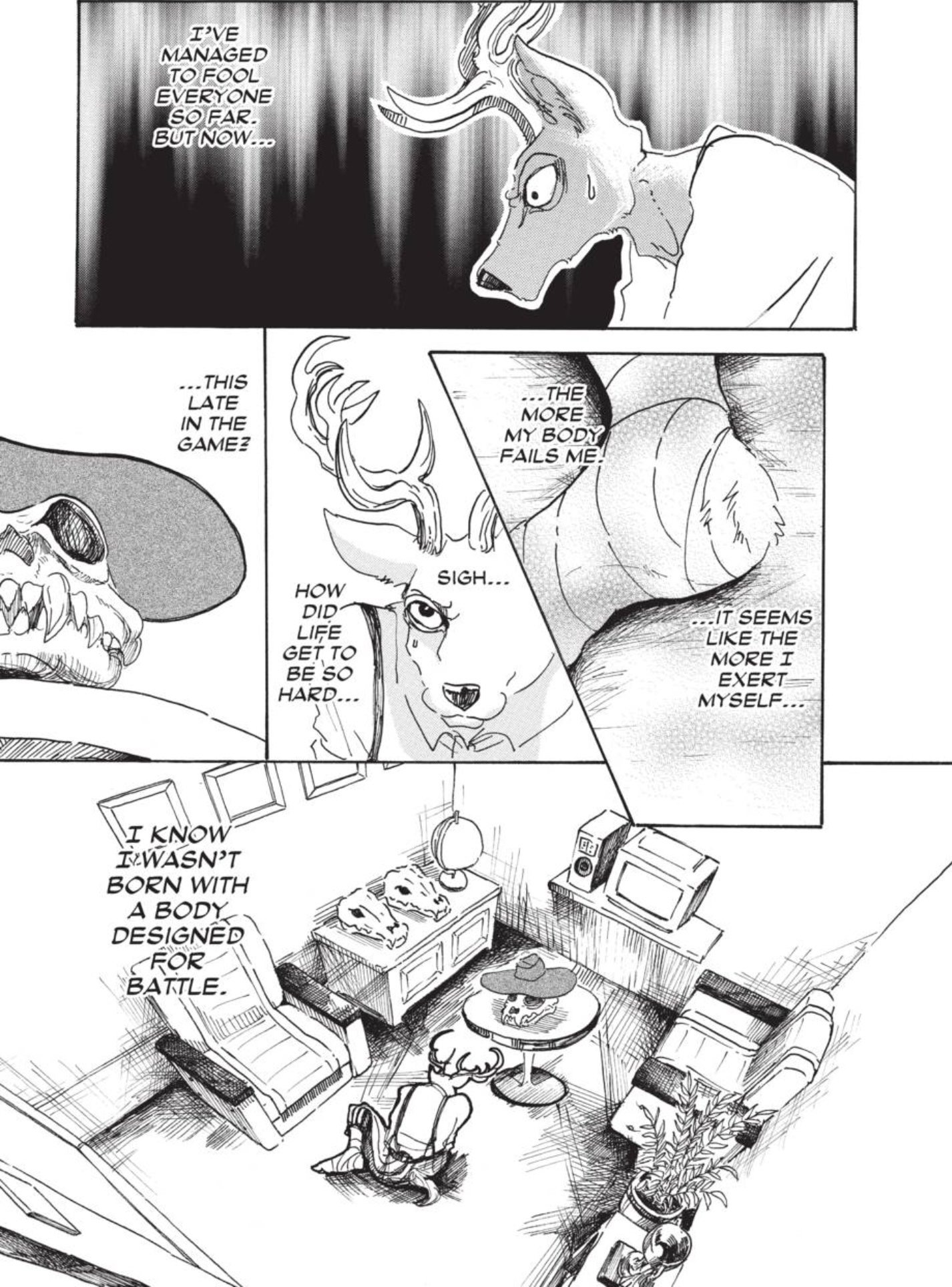 It’s when Legoshi finds himself cast in the play of Adler when BEASTARS truly shakes things up. Without going too much into detail, his on-stage performance brings out the wild animal within him, and for very good reasons. This moment dives further into the concept of method acting, to the point where the line between staged and real fights blur into nothingness. There’s huge tension, alongside some impressive visuals from Itagaki that hit home the danger that both Legoshi and the masked actor are putting themselves into.

BEASTARS is shaping to be a different kind of animal in the manga realm. Although it may take some folks some time to get used to the anthropomorphic aspects of the characters, the humanity and deepness Legoshi and company deliver is a mirror image to how real people behave under these sorts of circumstances. It’s never afraid to dive further into the real monsters and bloodthirsty animals of its cast, even if those that hunger for flesh are technically vegetarians. Whatever is happening next in the realm of BEASTARS is anyone’s guess, but I’m certain that it’ll find another way to wow its readers! 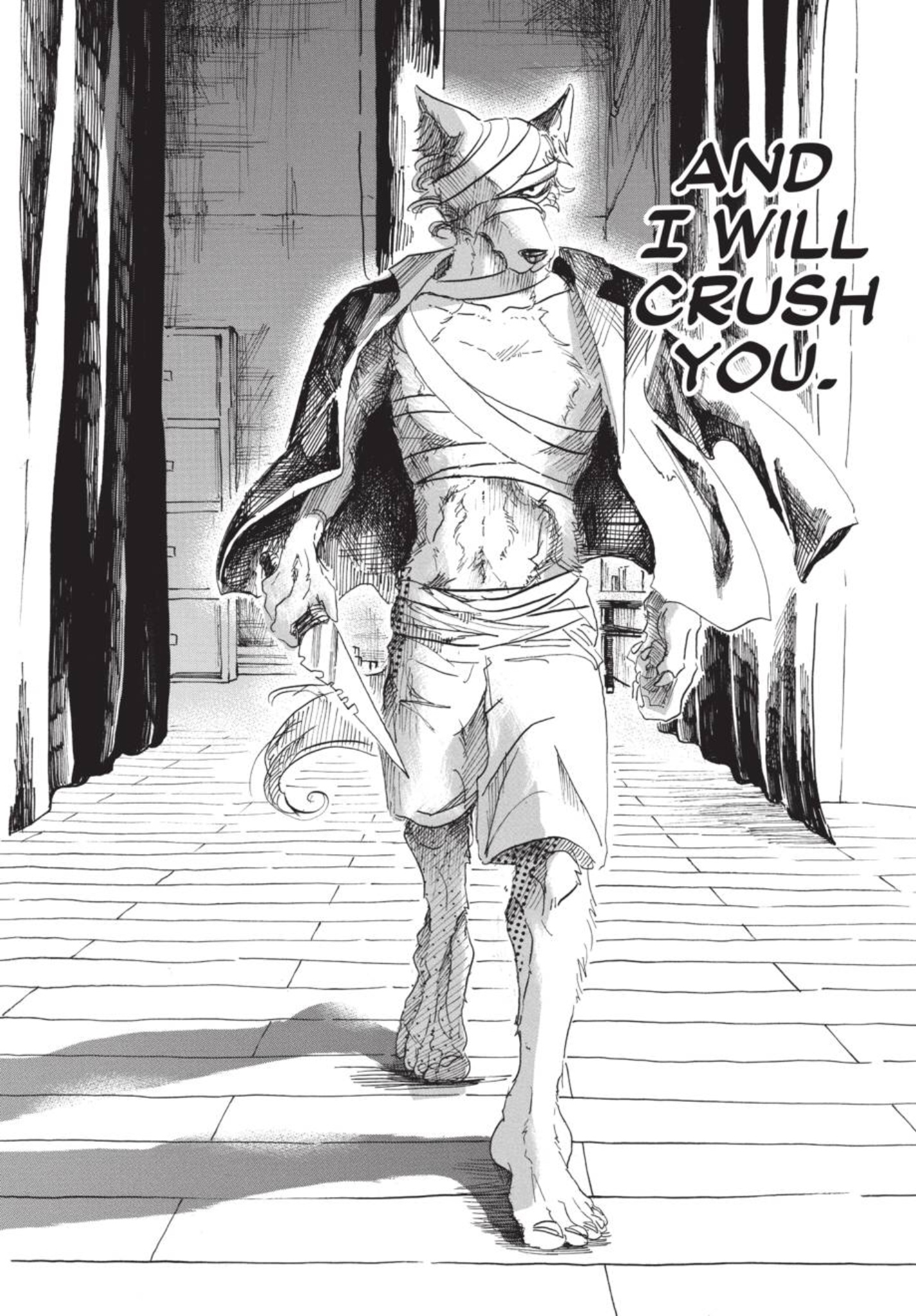