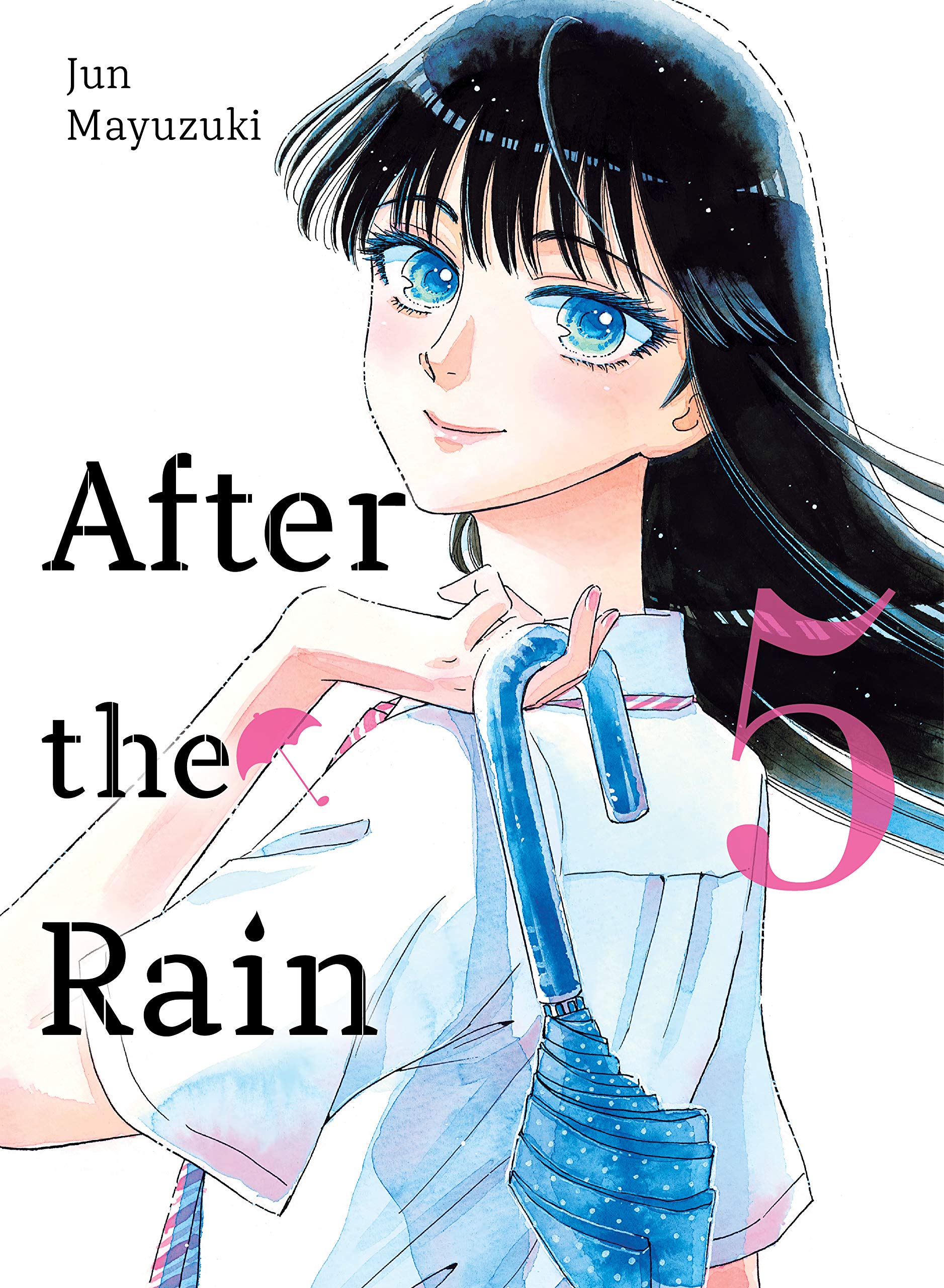 Rarely have I come across a manga series that has my heart aching as a relaxing sigh lets out of my lungs. Jun Mayuzuki is a marvel at delivering many emotions in her works, especially when it comes to After the Rain. The story of seventeen year-old Akira Tachibana falling in love with her much older manager Kondo may have started out with warning signs plastered all over itself, but the end result was something that makes it a must-read for everyone. After reading its fifth and final volume, I can confidently say its journey was truly a pleasure.

The dreams of both Akira and Kondo have once again peeked back into their lives. Akira is itching to run again, while Kondo gets bitten by the writer’s bug. As the two rekindle their dreams, Akira begins to realize that her job at the restaurant may be coming to an end. On a snowy New Year’s Day, the young lady makes it her mission to have what may be her final get-together with her influential manager.

It was very apparent that the train After the Rain is on was slowing down to its destination via its previous volume. Both main characters had their purposes reawakened, to the point where they became each other’s cheerleaders towards achieving their goals. While her feelings for Kondo seem to still reside inside of her, Akira nevertheless somewhat realizes that the love she’s feeling is more of an admiration kind instead of a romantic one. Even still, she can’t help but think of a what-if scenario revolving around a much-younger Kondo.

The same goes for Kondo himself, as they both dream up a world where they’re both high school students. You learn that even with Kondo’s bookworm demeanor, Akira would’ve certainly talked to him on many occasions. They get along wonderfully, diving more into the fantasy of them being something of a couple in some sort of alternate universe. Alas, we must put the emphasis on “fantasy” here, as that’s all it really is. And in the end, Akira realizes this sad fact too.

There are some good age gap-based stories that are featured throughout this volume, especially one involving Kujo and a new up-and-coming writer. The discussion the two have regarding age and life purposes digs deep into the struggles of life itself. We all want to accomplish a lot in this world, but time is a fickle little bastard that doesn’t let us achieve such a thing. And yet, through Kujo and the young writer’s chit-chat, we’re reminded that it’s still very important to at least try.

This goes hand-in-hand with our main story, as well. Even with one road block after another, both Akira and Kondo realize that there’s no point in giving up. And even as the curtain closes on their story, it’s pushing the fact that these two characters will not by any means their their dreams get washed out by the rain. Rather, they take that stormy weather and ride it out towards their main goal.

With its conclusion, After the Rain hammers in that simple-yet-effective moral: never give up hope. Don’t let a little slip-up or a rough patch in life keep you from running towards your passion. And most importantly, even if you fail, push yourself even harder to do better next time. It’s rare for a dramedy to deliver such an easy message on a silver platter, but Mayuzuki does it with perfection.

After the Rain had it all: laughs, tears, warm fuzzies, and — most important of all — a beautifully fantastic narrative. This is the kind of manga that will stay with me long after I have read it. Although I feel sad because this story has ended, I lift my head knowing that what Mayuzuki achieved here will resonate with anyone who picks up this series. Let the warmth and inspiration that After the Rain delivers engulf you throughout its five volumes, and the message it delivers will certainly stay close to your heart for the rest of your life.