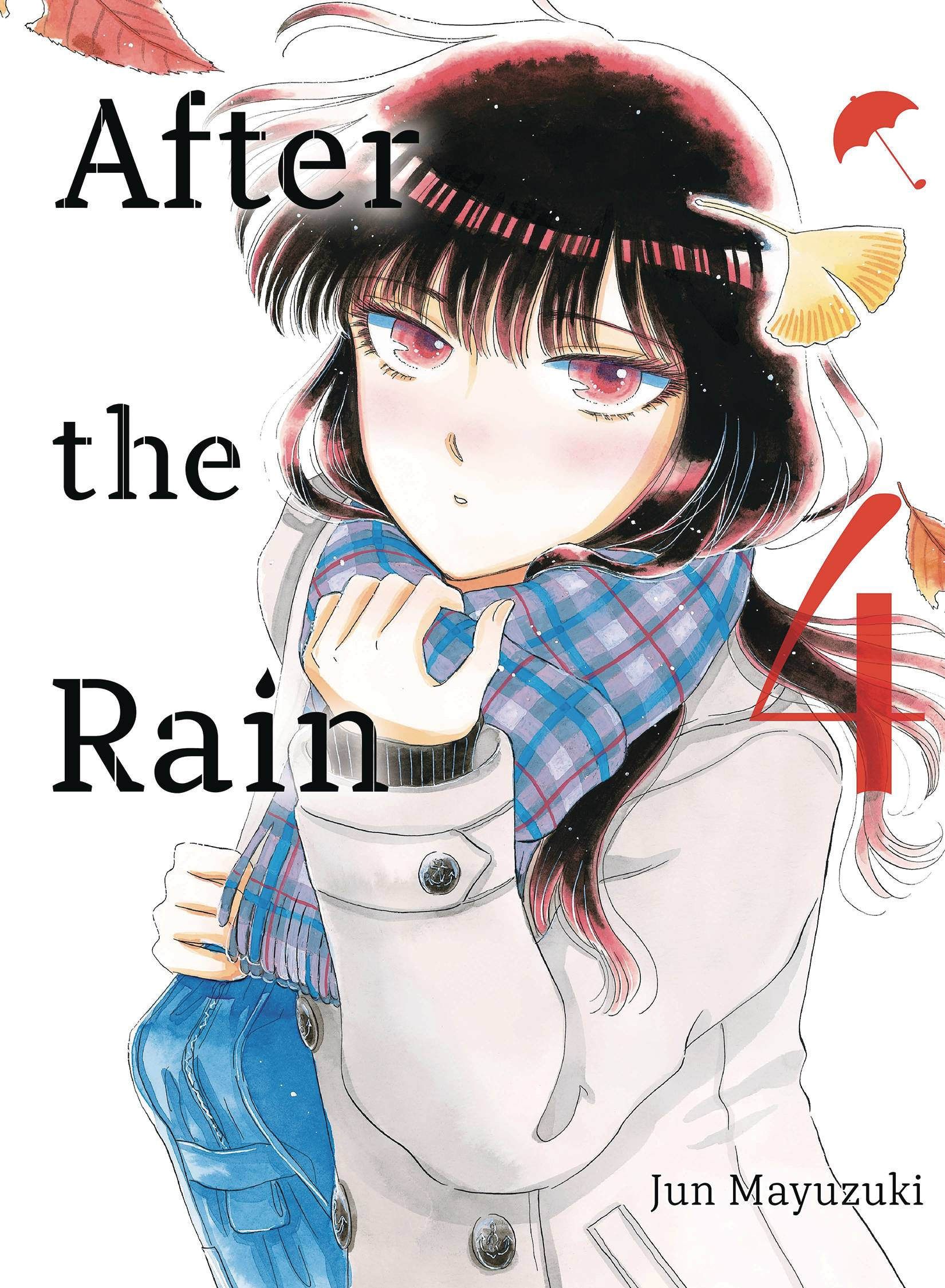 There’s a tone that Jun Mayuzuki gets right when it comes to her manga After the Rain. It’s hard to fully describe, but the way she shapes both Kondo and Akira as both people and as a connection to each other’s hearts is showcased with a level of maturity you don’t often see in series like this. This deepness is demonstrated well here in After the Rain’s fourth volume.

At first glance, the latest volume of After the Rain seemingly looks like a mere collection of stories. Ranging from Kondo reaching out to Akira to help with his son’s birthday to an impromptu trip to a hot springs, the scenarios here seem to take more of a slice-of-life turn. However, it all changes when Haruka and other members of Akira’s former track team show up unannounced at her restaurant. To top it off, Kondo starts feeling something for Akira, though he’s not 100% sure if it’s love-based.

A good balance of life and love goals are present in this volume, with even secondary characters like Nishida and Kujo given a chance in the spotlight to demonstrate these elements. Their focus helps to mirror what both Akira and Kondo are both mentally going through, with both realizing that what they want in life isn’t what they’re currently doing; rather, it involves something from their respective pasts. Even with a hint of romantic feelings seemingly now building up in Kondo for Akira, it’s not taking away the main objective of After the Rain: to tell its readers why they should always keep chasing & catching their dreams & aspirations.

With Kondo’s son Yuto now interested in running, Akira’s passion for the sport is looking to start burning once more. As she looks to rekindle her friendship with Haruka, not to mention her choice to not throw out her track gear at the very last moment, it’s apparent that there’s a deep urge to get back to what she used to love most. Acting parallel to Kondo’s recent feelings towards writing again, what is showcased here is a build-up towards Akira’s need to recapture her greatest strengths and take hold of what’s most important to her.

Surprisingly, it’s the final chapter in this volume that helps to set the tone of the After the Rain, and it doesn’t quite have to do with Akira and Kondo. Instead it focuses on Nishida and Yoshizawa, with the former finally getting the strength to tell the latter how they feel. What occurs is pretty heartbreaking, and — in a way — seems to foreshadow what could occur if Akira reveals her full feelings for Kondo. It also demonstrates how even if you work hard towards something, it doesn’t necessarily mean success will be in the cards.

With one volume left to go, After the Rain is shaping to be one of this decade’s most heartfelt and humanistic manga series. The presentations of life’s highs and lows are so rich in realism that you cannot help but know what these characters are going through. One can only guess how the story will end (unless, of course, you watched the brilliant noitaminA anime adaptation last year), but Volume Four of After the Rain has laid out the tracks towards its final destination.