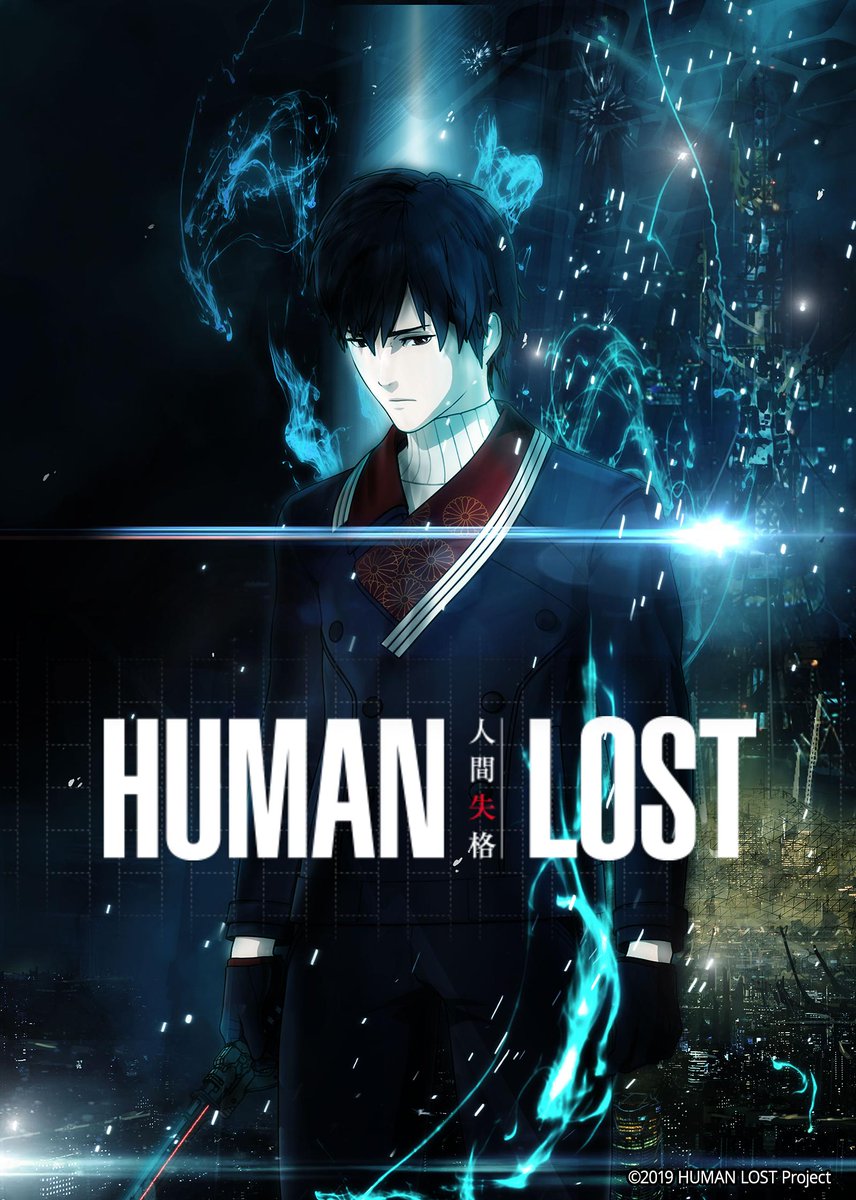 Everlasting life always has a price. Sometimes it’s the suffering that comes from outliving those you love; other times it can be a shunning of society from those unwilling to understand your plight. In the case of Human Lost, the latest film from Polygon Pictures (Ajin, Knights of Sidonia), the sacrifice one may make to never die is the shedding away of one’s own humanity.

Inspired by Osamu Dazai’s autobiographical novel No Longer Human, the film flashes to the year 2038, where science has made it so the average life expectancy is at 120 years old. The world has taken the root of a cyberpunk dystopian future, although there appears to be a lack of the second word in that description. That is until biker Yozo Oba (Mamoru Miyano) finds himself a key player in the way society now lives, as he takes control of a power that only those who’ve lost humanity seem to be able to use. With the aid of a newfound ally in the form of Yoshiko Hiiragi (Kana Hanazawa), Yozo seeks to find out why the so-called Lost exist, and find a way to achieve a blue-skied future for all.

Despite the story taking its basis from a novel written in 1948, there are various other influenced amuck within Human Lost. From the Akira-like biker gangs and the Mad Max: Fury Road-inspired road chases to the cybernetic elements of Ghost in the Shell and even executive director Katsuyuki Motohiro’s own Psycho-Pass, the film is a smorgasbord of various ideas and concepts from other properties. Because of this, Human Lost attempts to achieve something far grander than what a 110-minute film isn’t normally capable of conveying. The end result is a narrative that — to be blunt — can be very messy at times.

With that being said, it’s quite the impressive film to watch unfold. While Polygon Pictures’ CGI quality can be spotty at times, it’s when the adrenaline of their projects is jolted to full force where the film shines the brightest. When a gang of bikers outrun robotic canines and commit anarchic mayhem, the movie’s jubilant spirit takes on a form of a wild beast. The same goes when watching Yozo dealing with the Lost entities, with the carnage and damage done to one another and those around them never losing steam.

However, I can’t help but feel that the more philosophical elements of Human Lost seem to be overtaken by the noise the action brings to the table. It’s old hat when watching an incredibly violent film suddenly try to shoehorn a message of hope and peace for the future. These are conflicting aspects that always seem to clash with the ideals and morals of both the characters and the mantra of the society they live in. Yes, both Yozo and Yoshiko have good intentions, wanting to bring a better and happier world for those in the future. But it’s kind of hard to believe in them when they go out and commit acts that goes against that grain.

There is fortunately enough heart in this film, with both Miyano and Hanazawa showcasing some believable vocal performances as Yozo and Yoshiko. The story’s villain Masao is brought to life via Takahiro Sakurai, who crafts his antagonist as a man filled with both hatred and regret for the things he brought into this world. How both Sakurai and Miyano dive deep into their roles as they battle both with words and force are what keeps a good chunk of this movie afloat, especially with some of the mind games that the last doctor of Japan seems to play on our protagonist.

Human Lost has some good ideas within it, alongside some impressive visuals and action sequences. Its message dives far deeper than what most Hollywood blockbusters strive to do, even going the distance to deliver a climax that will surely raise a few eyebrows by some viewers. However, the final delivery that this film has doesn’t quite reach its full potential, with certain questions about its world still left unanswered. Nevertheless, as Polygon Pictures productions go, Human Lost at least has enough of a brain and spirit to keep it from stumbling entirely. Just don’t expect to make heads or tails of what exactly this film’s trying to convey.