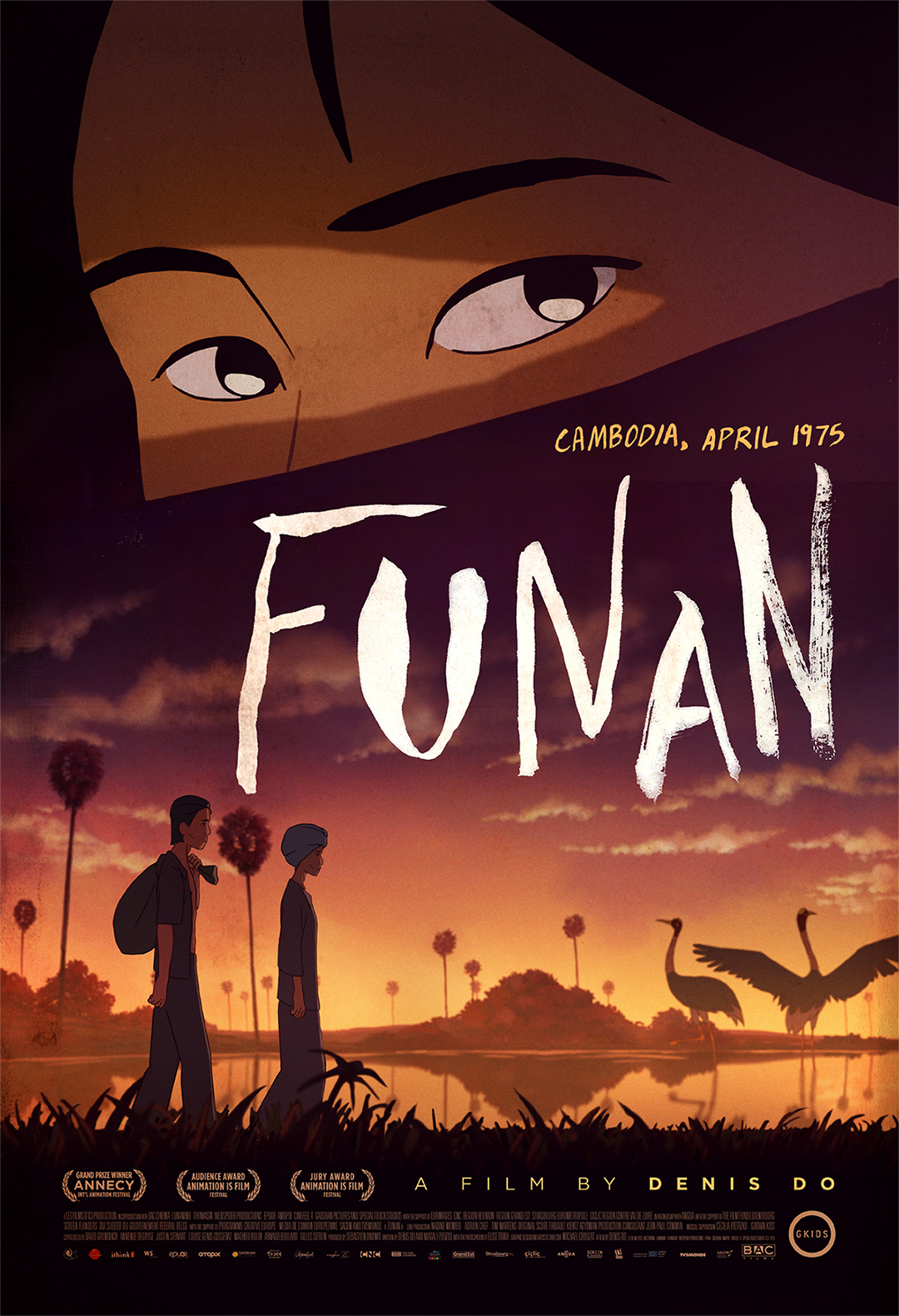 The Khmer Rouge revolution is one of the most devastating moments in 20th century Asian history. Not only did many Cambodians lose lives, homes, and their most treasured possessions, but an entire culture simply vanished in the blink of an eye. Presenting it in an animated light has been done before (with the most recent being a strange fairytale-like stop-motion retelling in episode seven of the 2017 anime 18if), but having to show its cruelty in such a way for younger audiences to understand would indeed be quite the challenge. Fortunately, director Denis Do brings the harrowing situation to light in a straight-forward and honest way with his film FUNAN.

Taking inspiration from his mother’s own experiences under the Khmer Rouge, the film focuses on a mother named Chou (Bérénice Bejo), whom is separated from her son Sovanh during the start of the revolution. As she holds up hope to be reunited, Chou and her husband Khuon (Louis Garret) are forced to work in the fields, nearly starve every night due to the little rations they receive, and build up their hatred towards the soldiers. The story is told in a four-year period, with Chou transforming back-and-forth between a hopeful and hopeless spirit yearning for a better tomorrow.

FUNAN goes to great lengths to demonstrate the hard times the Cambodian people had during this particular four-year period. Watching as families are pulled apart, workers left starving, hopeful runaways beaten, and the ill dying from preventable sicknesses is presented without any filters. The worst things get, the more weight is placed upon Chou in her quest to find Sovanh, who keeps being moved around and growing into a curious child. Despite the movie being animated beautifully, it knows when to read the room and show off the most grim aspects of this dark era.

It would be quite harmful to the film’s overall presentation to call it a watered-down portrayal of the Khmer Rouge, as much of the most shocking elements and actions of that regime take place off-camera. (For a more detailed depiction, I strongly recommend the 2017 film First They Killed My Father.) With that being said, FUNAN gives off a strong showcase of what occurred in a way that younger audiences can walk away from understanding. While not a film for children by any means, the trials and heartache that Chou go through are demonstrated in such a manner that even those in middle school can realize the turmoils that are taking the toll of her body and spirit.

Do’s film is the kind of animated tale that will keep you in complete silence during its 80-minute runtime. FUNAN will leave you shocked by the atrocities that occurred under Pol Pot and the Khmer Rouge, with every moment of despair building up towards another. It may be a hard film to watch for some, but the deep underlying message of hope will no doubt resonate strongly with audiences in the long run.