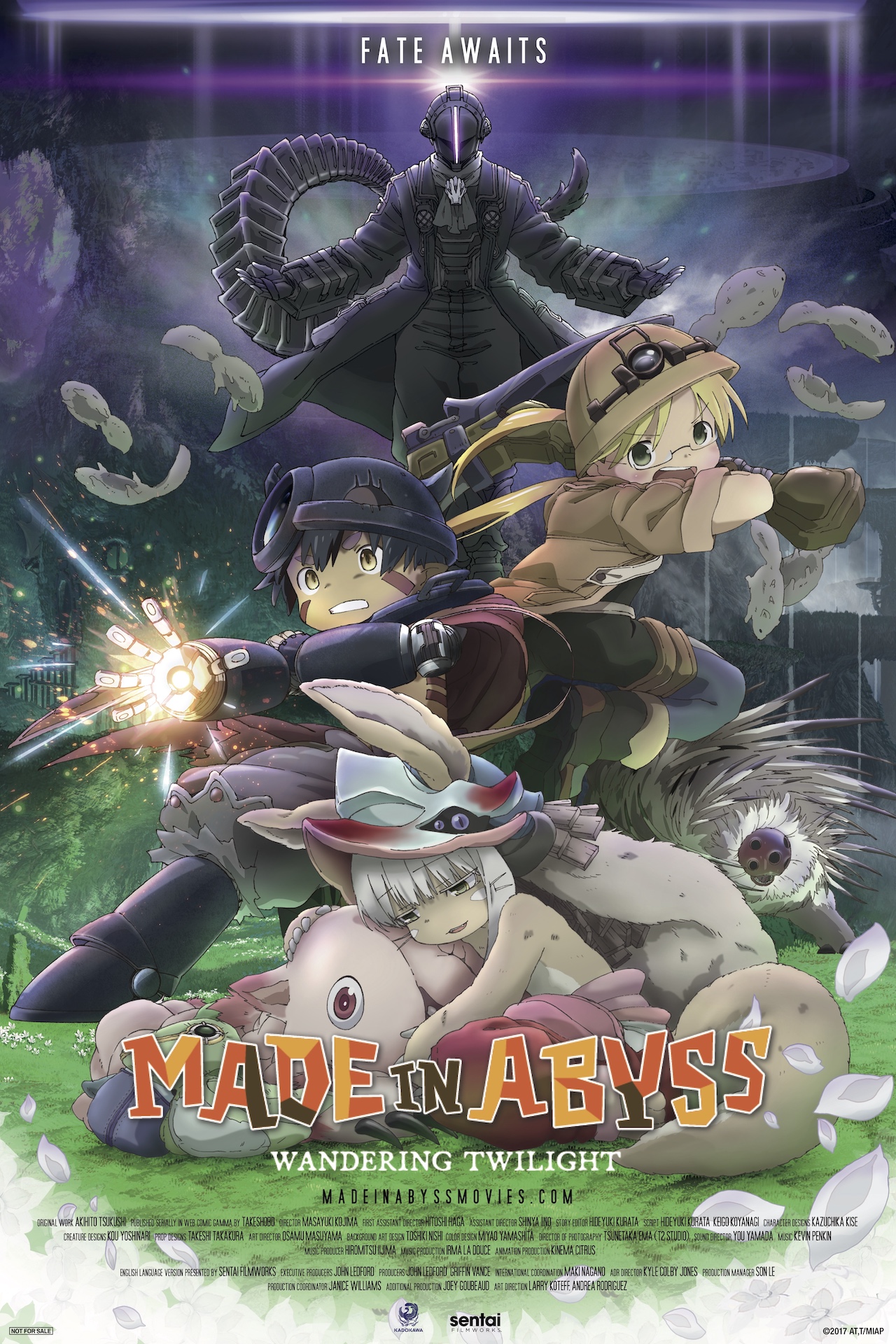 The other shoe has dropped.

Made in Abyss: Journey’s Dawn showcased the somewhat happy-go-lucky journey of Riko (Miyu Tomita) and the humanoid Reg (Marina Ise) as they roamed the deep abyss where Riko’s mother possibly waited. There were harrowing moments, yes, but each dangerous escapade resulted in the two growing stronger with their bonds and skills. Even as they parted ways with Ozen (Sayaka Ohara) and Marulk (Aki Toyosaki), it seemed that all would be fine for Riko & Reg as they travelled deeper into the abyss.

As shown in Made in Abyss: Wandering Twilight, the second compilation film based on the hit 2017 anime, not all quests are paved smoothly with gold. After a run-in with a mysterious beast, Riko is poisoned and is thrust upon the verge of death. With the aid of a fluffy bunny-like Hollow named Nanachi (Shiori Izawa), Reg must quickly search for a cure to rescue his best friend. Meanwhile, more mysteries of the abyss are unraveled, including one involving Nanachi and her strange comrade Mitty (Eri Kitamura). 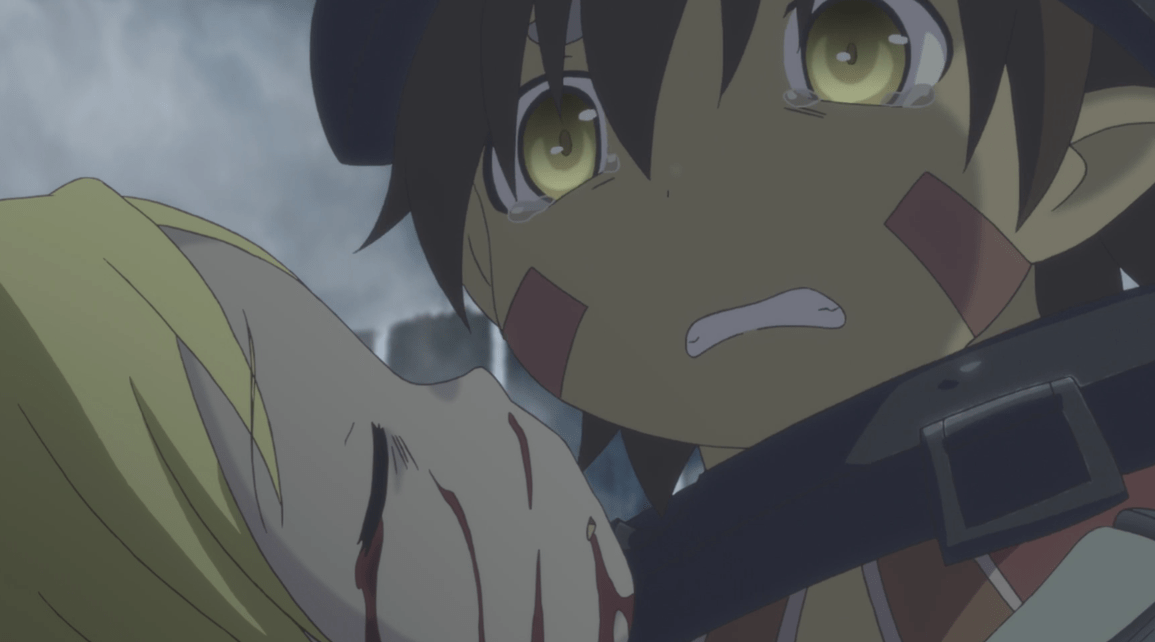 Wandering Twilight can be incredibly hard to talk about without giving away major spoilers, especially for those who have never seen its original TV version or read the manga. With that being said, what challenges await Reg as he attempts to keep Riko alive may not seem daunting physically, but it’s evident that it takes a major toll mentally. All of it is presented with a certain blink-and-you-miss-it style of tension, captured beautifully by Kinema Citrus’s fantastic animation. (Dare I say, it rivals even some of Studio Ghibli’s best, especially in the creature design department.)

Where Journey’s Dawn places more of a focus on Riko’s can-do attitude, Wandering Twilight instead puts a spotlight on both Reg and Nanachi’s challenges. Ise brings out a lot of regret and empathy in the role of Reg, showcased greatly when it comes to him being apologetic for not protecting Riko from harm. As for Izawa’s Nanachi, her mixture of humor and sympathy presented a wonderfully complicated character who masks her pain with sly comments. What starts as a smart-aleck character becomes a heart-wrenching study of what a friend must do to fulfill the wish of another, as evident in the back story of how Mitty became what they are in the present day. 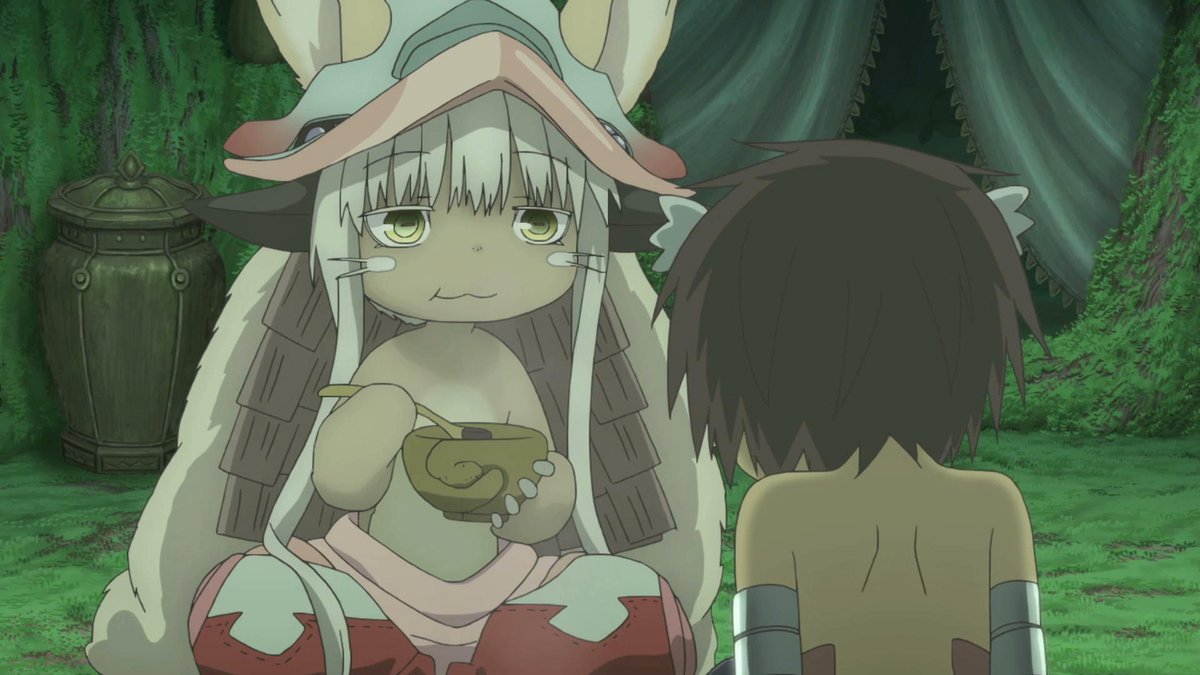 It goes without saying that composer Kevin Penkin may be one of the shining stars of the soundtrack realm today. His mixture of tribal-influenced and haunting melodies make his score something that stands out from both the anime and featured film pack. One moment, the music can be a little bouncy and cheery; in the blink of an eye, it tears right into the soul with a frightening shriek. (Not to sound too optimistic, but I hope Penkin has started building shelf space for the inevitable Oscar gold he’s destined to win in the future.)

Although the newer material is but a few seconds towards the end, Made in Abyss: Wandering Twilight is still a film worthy to be experienced by both those who watched the original series or Journey’s Dawn. Its dark storytelling and heart-pounding visuals in the second half of this compilation series showcases why this series was so well-received when viewers’ eyes first gazed upon it. Only time will tell what occurs next in the story, what with the third and fully new film Dawn of the Deep Soul not arriving until next year. However, one thing’s for certain: the journey of Reg, Riko, and Nanachi is bound to be magical, even if it’s the darkest sort of spell being cast.

Promotional consideration provided by Tom Helberg of Aesir Media. Japanese dub observed for this review. In theaters May 27th! Click here for tickets!