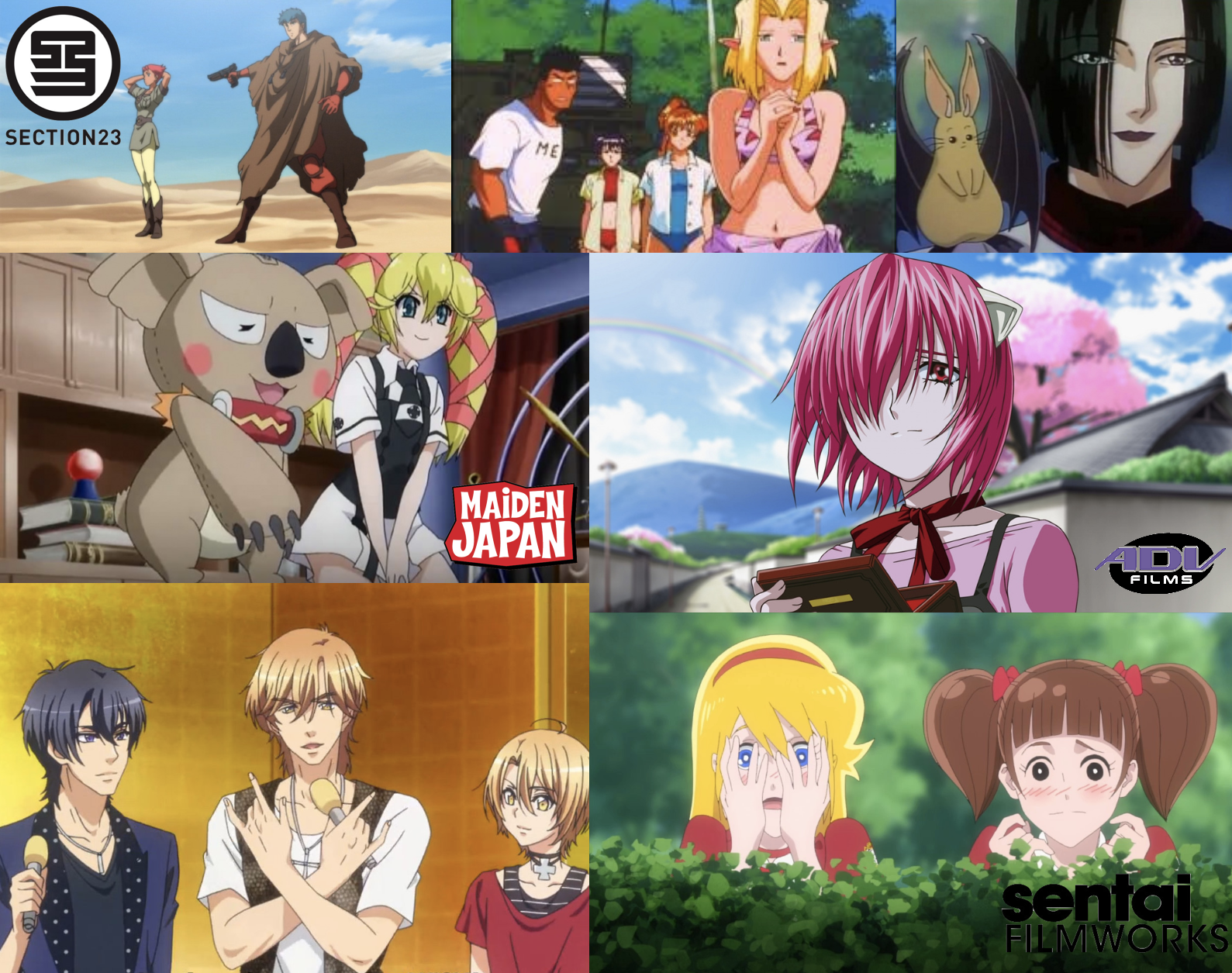 Elves, strange creatures, and even one heroic android are what's to come this July from the folks over at Section23 Films! 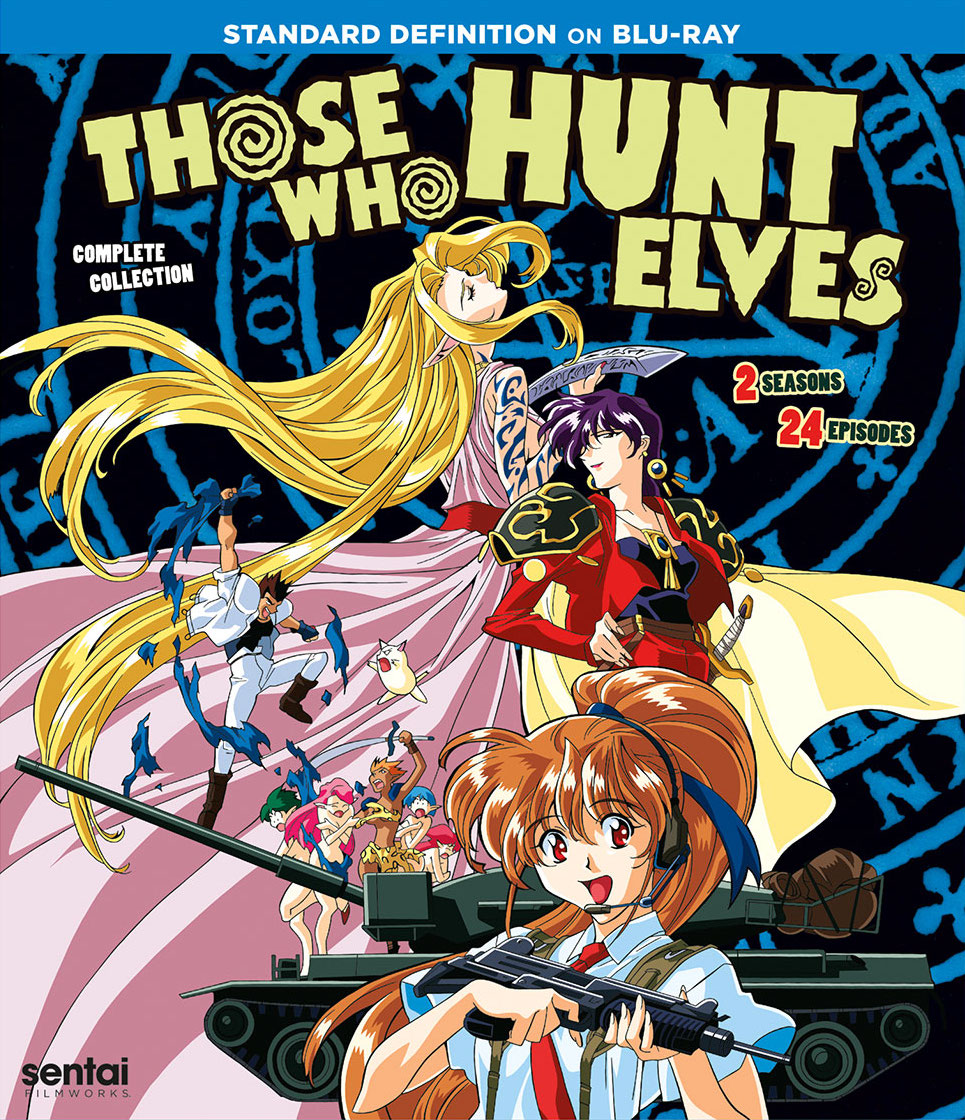 Kicking things off on July 2nd is the incredibly zany Those Who Hunt Elves! When an unlikely trio of humans find themselves transported to a world populated by elves and other mystical beings, all they want to do is go home. Fortunately, the sorceress Celsia has a spell that can send them back! Unfortunately, things go horribly wrong and the spell is scattered to the winds, with different parts attaching like tattoos to the bodies of elves across the entire planet! Now, the only way to put it back together is for strongman Junpei, actress Airi and teenage gun-fanatic Ritsuko to travel around the world in a T-74 tank, convincing random elves to strip down for a "spell check"! Get ready for the weirdest, most un-PC road trip ever as the tank treads hit the road and the elf-clothes go a-flying! 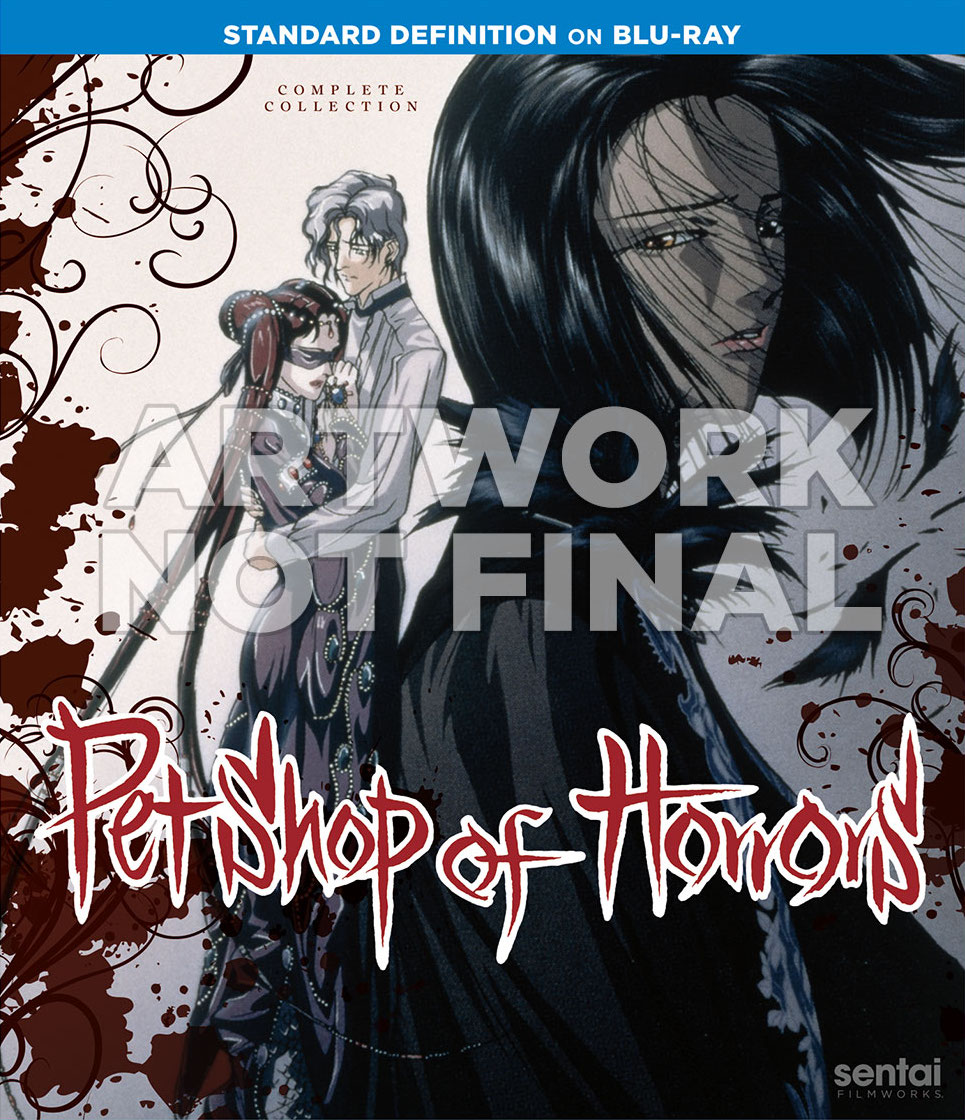 There may be no Audrey II to be found, but you will be able to rediscover Pet Shop of Horrors on July 9th! Are you seeking something unusual in a pet to fill an empty space in your heart? Then venture, if you dare, into a strange little pet shop in Chinatown, where the mysterious proprietor knows your every need and desire. But watch out. When you buy from Count D, what you get may be what he thinks you deserve rather than what you want. So even if that rare rabbit does somehow look just like your lost child, perhaps you'd be safer shopping somewhere else. That's certainly what Detective Orcot of the LAPD would advise, as nightmarish things seem to keep happening to the shop's customers. Unfortunately, there's never been quite enough evidence to implicate the Count. And until there is, business will continue to boom! 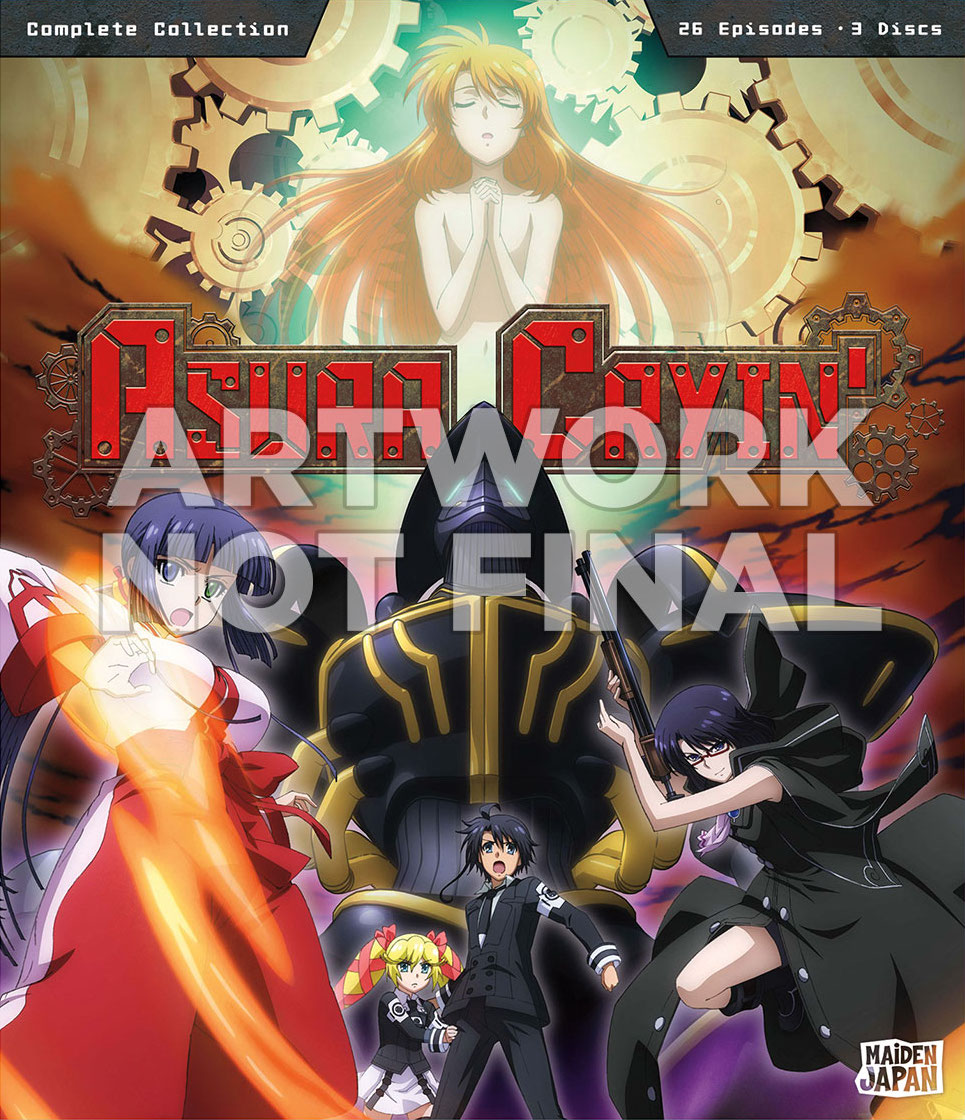 On July 16th, fans of Asura Cryin' can get their hands on Maiden Japan's complete collection on Blu-Ray! Some people are haunted by memories, but Tomoharu is haunted by his friend Misao, who died in a horrible plane crash that Tomo somehow survived. While having a girl that no one else can see hanging around is a little odd, it's not until Tomo's mom gets remarried, leaving Tomo alone, that things get really weird: A mysterious girl appears with a package that Tomo is supposed to guard. A second girl breaks into the house, demanding something called an "extractor". And both girls can inexplicably see Misao! As more people target the package and Tomo, the mystery only deepens. What's in the package, why are so many people after it, and is it connected to the plane crash or something even more sinister? 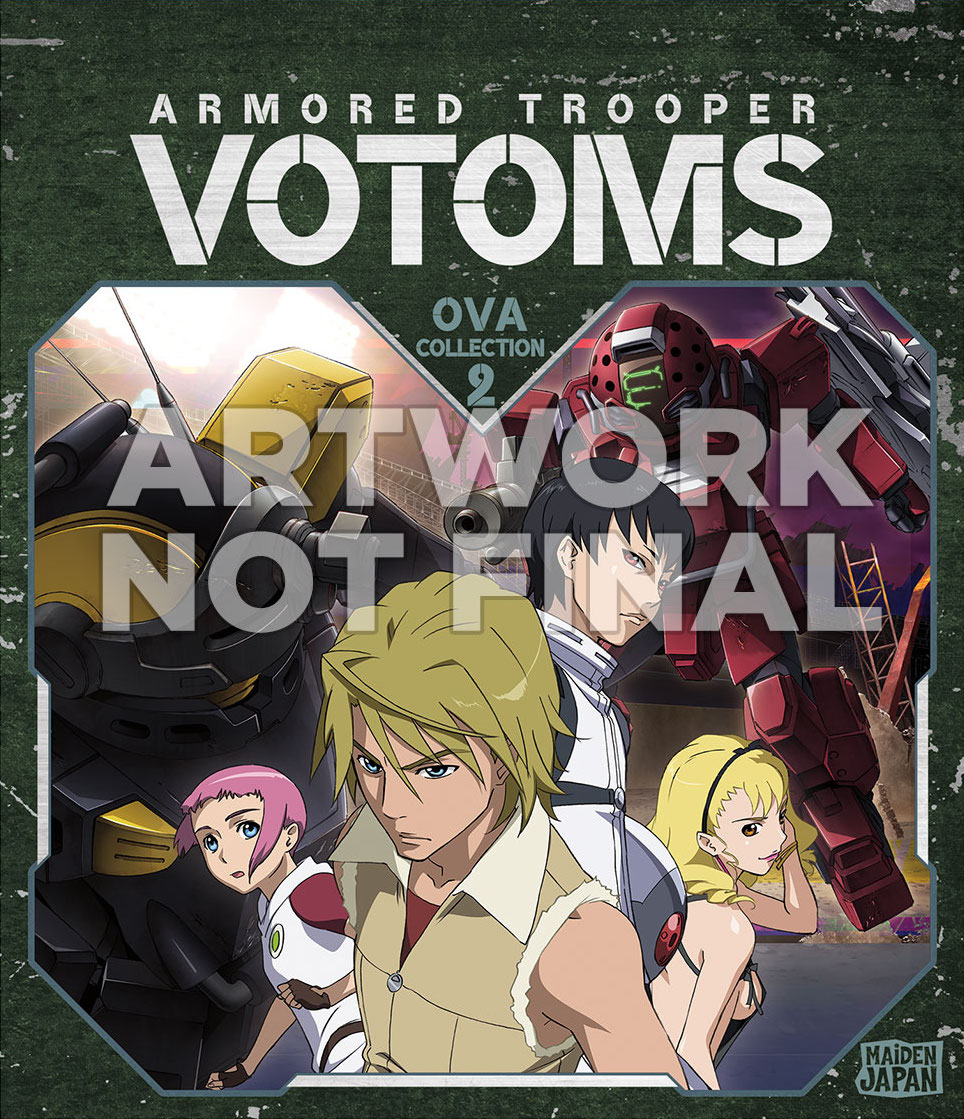 Do you want more VOTOMS?! Well more is coming on July 23rd in the second collection of Armored Trooper VOTOMS OVA episodes! The fires of war don't create heroes, only legions of the wounded and the dead. For a pilot of an easily-destroyed VOTOMS unit, every foray into battle is one more calculated bet with your own life as the prize, another day of cheating death. When your commanding officers send you into a fight that can't be won, or set goals that can only be achieved through massive sacrifice, then a decision has to be made. Are you going to be a hero? Or a survivor? The brutal realism of the acclaimed anime series returns, as men and machines are thrown into the meat grinder of war! 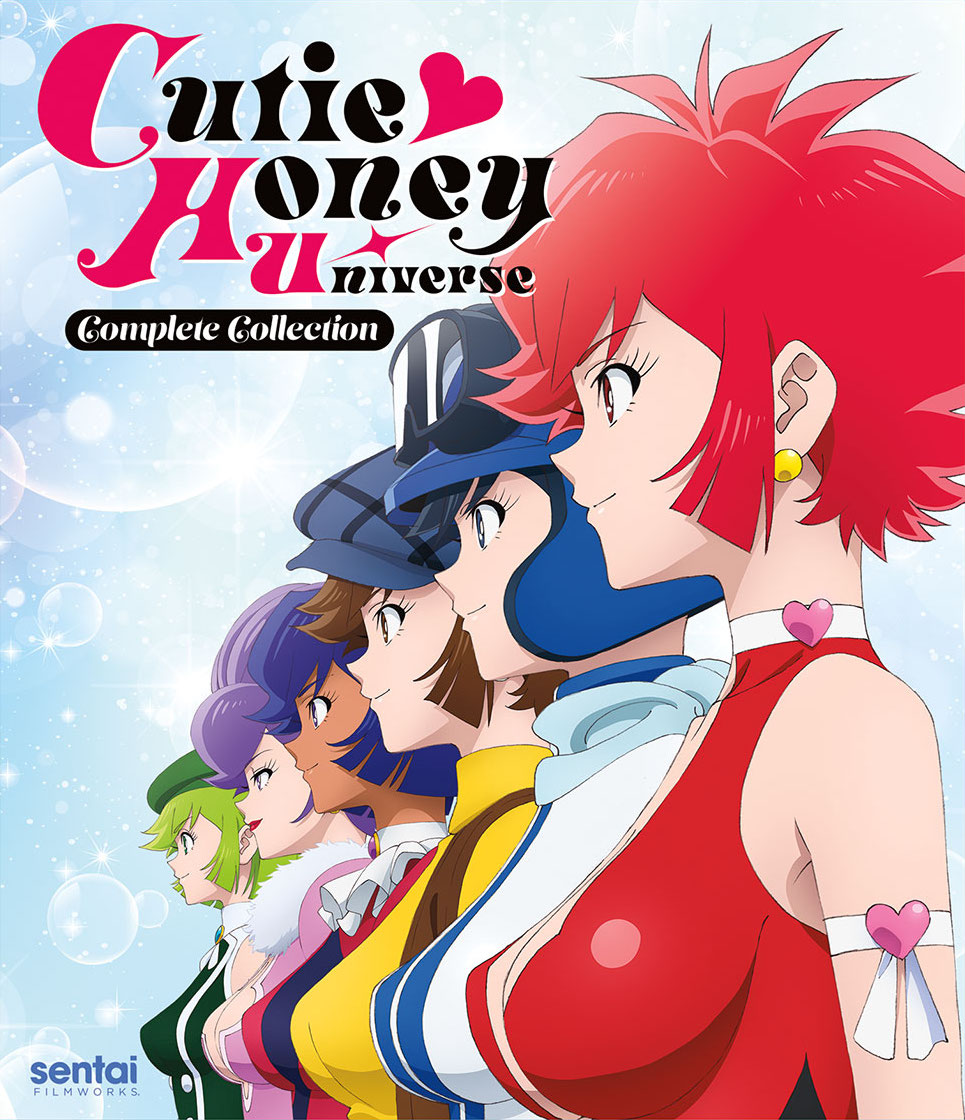 Go Nagai's iconic super girl android makes a big splash in the complete collection edition of Cutie Honey Universe, also out on July 23rd! The girls at Saint Chapel Academy all think Honey Kisaragi is just another sweet, kind and incredibly beautiful girl, but what they don't know is that Honey is actually the world's most advanced android, with the capability to transform her lovely body into multiple forms with their own special abilities! Unfortunately the evil Sister Jill, head of the sinister organization Panther Claw, knows Honey's secret, and the malevolent mistress of mayhem will stop at nothing in her attempts to capture Honey and use her body for her own twisted purposes. With Jill's army of half-human hotties on one side and Honey and her stalwart allies at the PCIS (Panther Claw Criminal Investigation Service) on the other, it's going to be the wildest, sexiest battle ever! The collector's edition includes a special art book and UNCENSORED art cards! 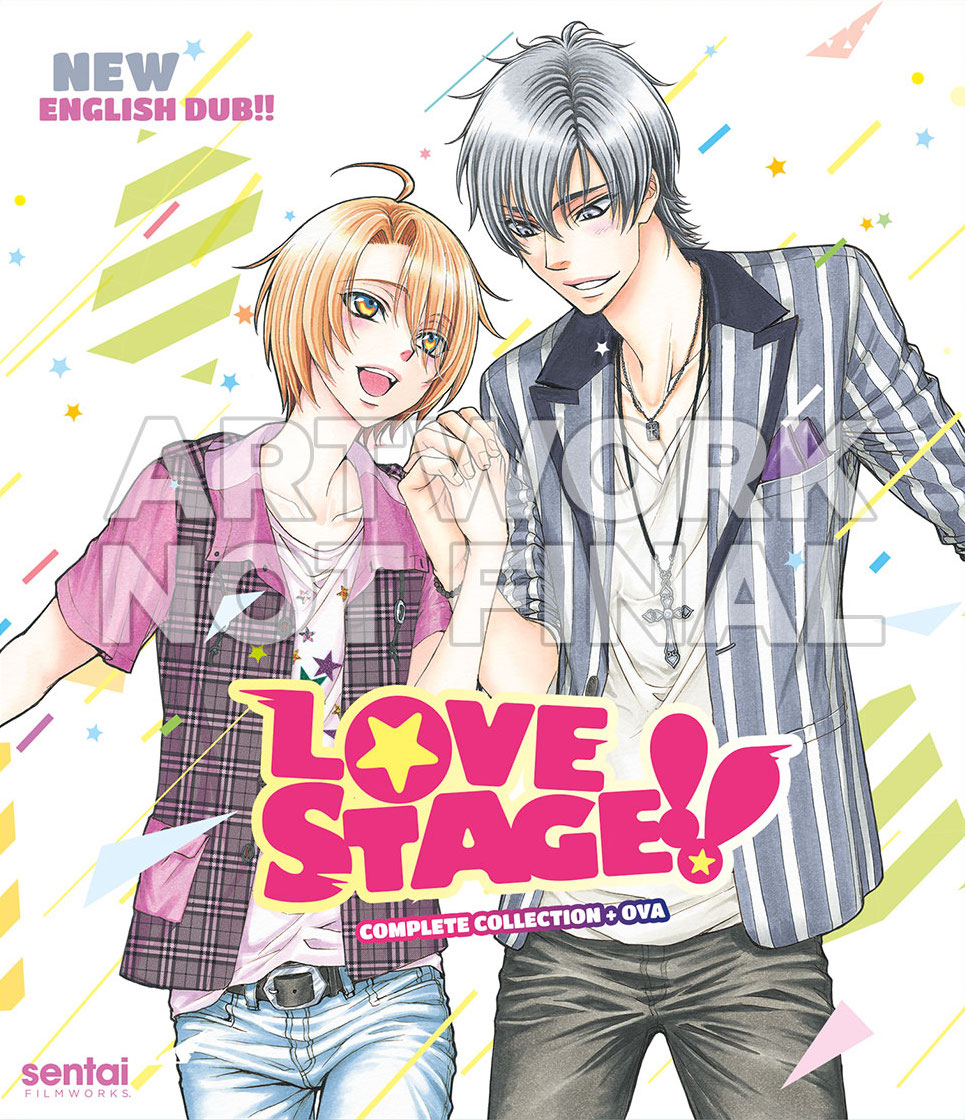 The boys love series Love Stage gets an English dub, set to be released on July 30th! As a child actor, Izumi Sena was following the rest of his family into the entertainment business until he quit after a humiliating incident while shooting a certain commercial. Now, ten years later, Izumi's trying to juggle college and becoming a manga author, but nothing seems to be working out for him. Until he's asked to reprise his part in that infamous commercial opposite one of Japan's most popular up-and-coming actors! Which wouldn't be so bad… except for the fact that Izumi was dressed as young girl in the ad, and everyone, including his infatuated potential co-star Ryoma Ichijo, still thinks that he's a she! Is Izumi going to have to kiss a guy and will he like it? And what will Ryoma think when the girl of his dreams turns out to be a guy in jeans? 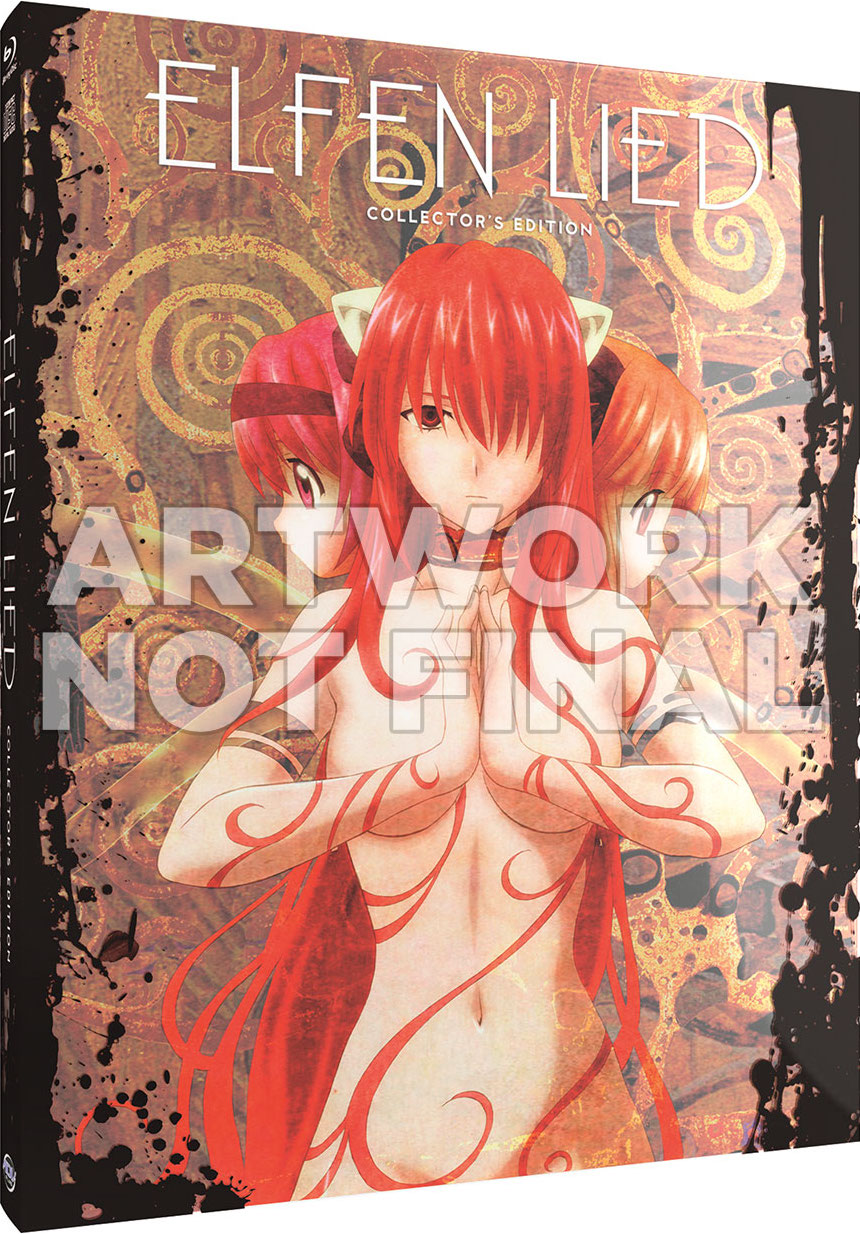 Lastly, the iconic Elfen Lied gets a special steelbook edition of its Blu-Ray release on the 30th! Lucy, a beautiful young mutant, is bred by the military to be the ultimate weapon. Now, with government killers on her trail, the disposition of a five year old, and a hair trigger for ultraviolence, Lucy and her young friends must unravel the dark secret of her legacy before it's too late.