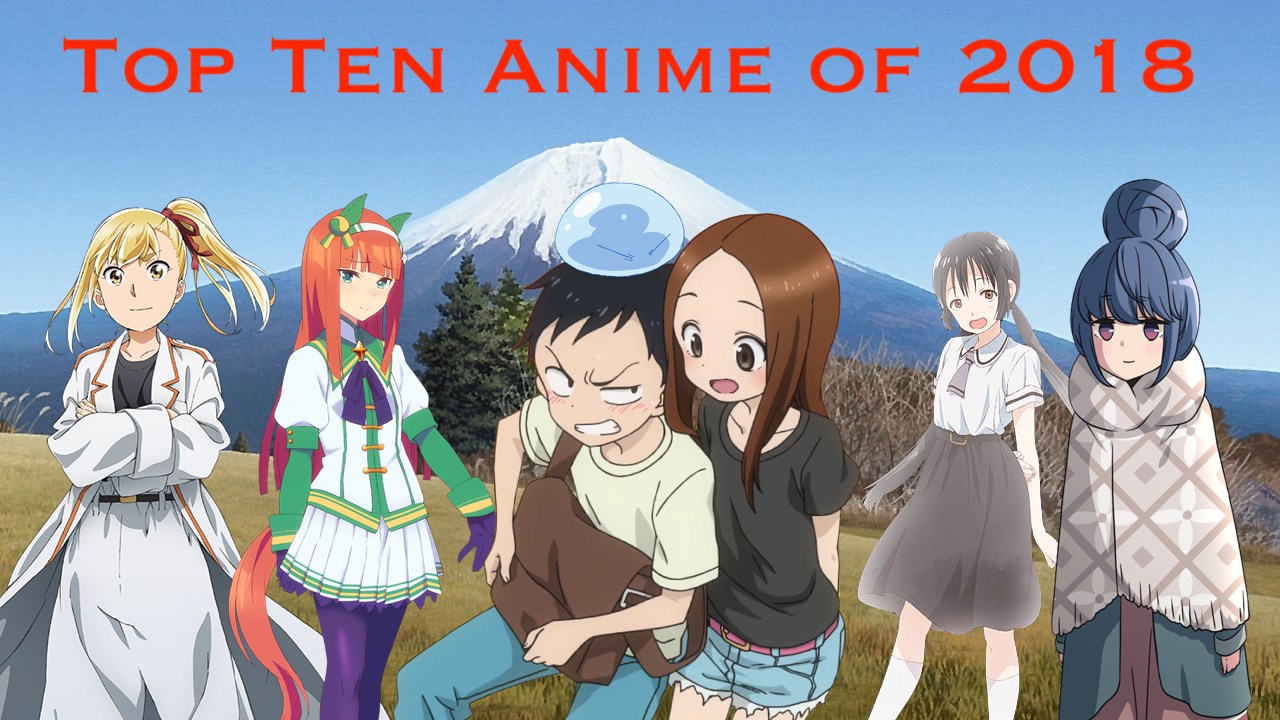 No joke: 2018 was a ridiculously hard year to judge for anime (hence why this list is a tad later than usual). From new series and returning favorites to some beautifully reimaginings of classic series and live-action shows, the anime industry was in no short supply of classics in the making. In a year where shows like My Hero Academia and Lupin The Third showcased their best seasons yet, alongside some pretty cool reimaginings of classics both animated (Devilman Crybaby) and live-action (SSSS.GRIDMAN), the realm of anime has demonstrated why it should be seen as a serious rival to other forms of entertainment. And these are the ten series of 2018 that led the charge into what many may declare as the best year of anime (something I'm sure we might say again at the end of 2019!):

10. How NOT To Summon A Demon Lord 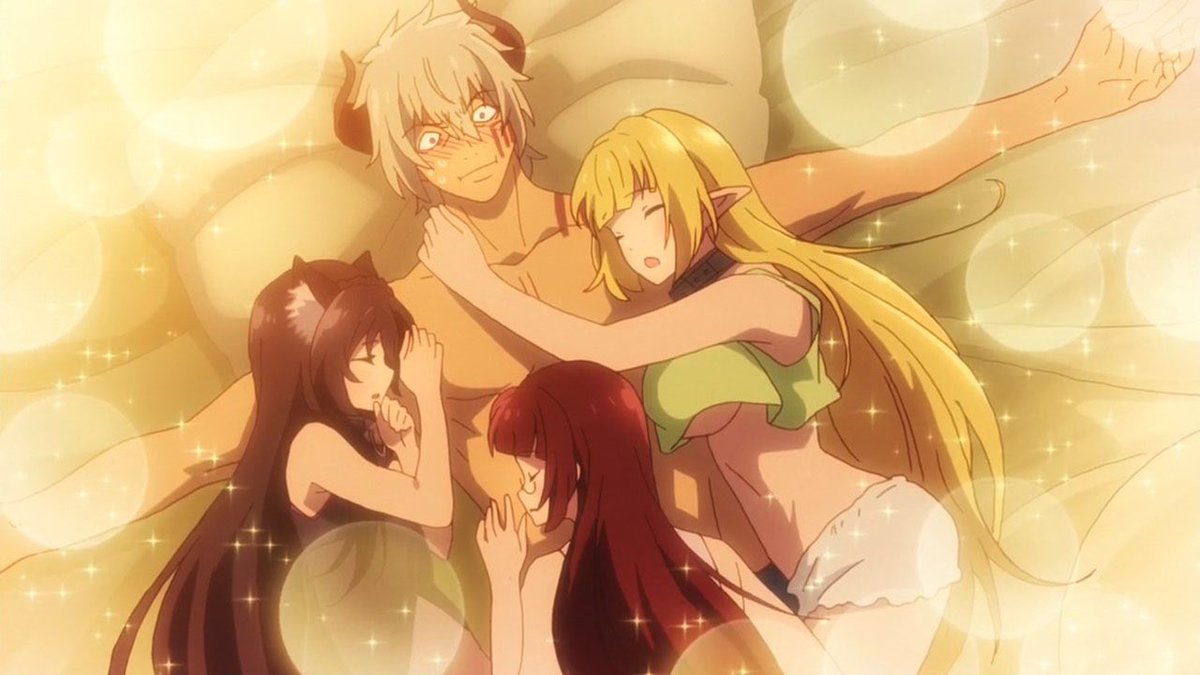 Isekai harem series can almost always guarantee to be on the perverted side, and How NOT To Summon A Demon Lord is no exception. Thankfully, the story of Diablo, Rem, and Shera isn't just a naughty show; it's also both funny as hell and surprisingly relatable. When in demon mode, our hero is a complete badass as he mows down enemies with the greatest of ease; in normal mode, he's a complete introvert who gets exhausted when he's forced to have one conversation after another. At its best, How NOT To Summon A Demon Lord delivers a silly (and sometimes dramatic) adventure that showcases the strengths of every character. Its worst, though, well, we have Shera's huge...tracts of land to thank for those moments.

How NOT To Summon A Demon Lord can be viewed on Crunchyroll, Funimation, Hulu, and VRV. It has been licensed by Crunchyroll & Funimation. 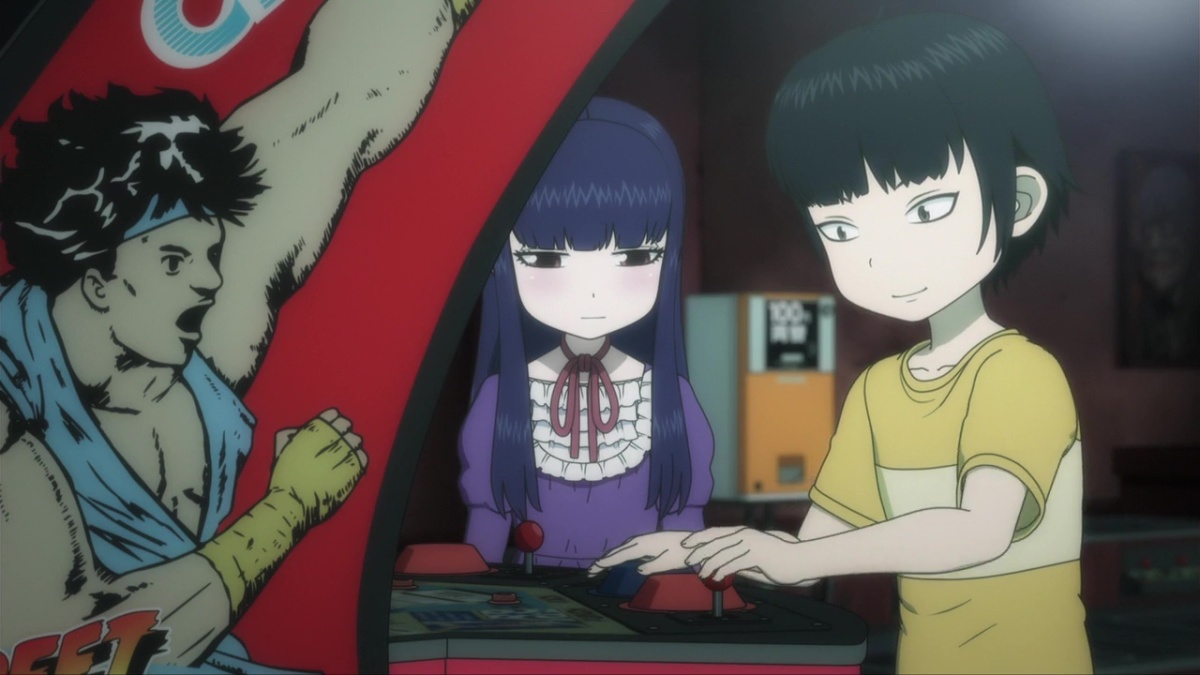 Don't let its mediocre CG animation fool you. Hidden beneath this J.C.Staff production is one hell of a story about bonding over youth's greatest pastime: playing video games. The tale of Haruo and Ono battling it out together in Street Fighter, Fatal Fury, and even that arcade ticket-giver where you bonk alligators was is filled with both heart and nostalgia in almost every minute of this series. Watching the two of them grow as the video games they played evolved brings forth a history lesson on how the gaming medium has changed over such a short period of time. Hi Score Girl demonstrated the power of love and friendship over common interests, and it doesn't take having to put your initials in after a play-through to see how sweet its narrative can be.

Hi Score Girl can be viewed on Netflix 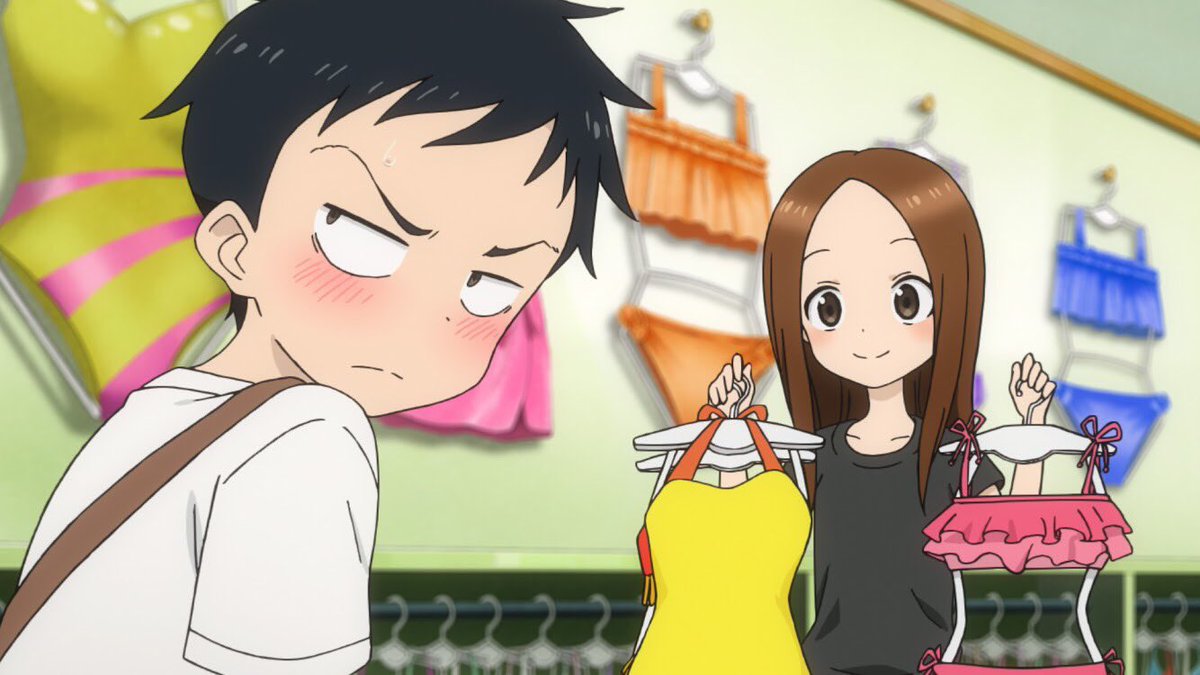 At first, it seemed like the back-and-forth battles between Nishikata and Takagi was merely about the art of the tease. However, it took little time to realize what Karakai Jozu no Takagi-san really was about: what the teasing was leading up to. This then leads into tales of Takagi attempting to show her true feelings for Nishikata, even if his signal-reader can be on the fritz at times. Even if Takagi takes most of the victories, it's the viewers of this anime that truly won, thanks in part of the show's big heart and strong funny bone. With a second season now in the works, one must hope that Karakai Jozu no Takagi-san will find its two leads reach a romantic endgame in one epic battle of the tease!

Karakai Jozu no Takagi-san can be viewed on Crunchyroll, Funimation, and VRV. It has been licensed by Crunchyroll & Funimation.

7. That Time I Got Reincarnated As A Slime 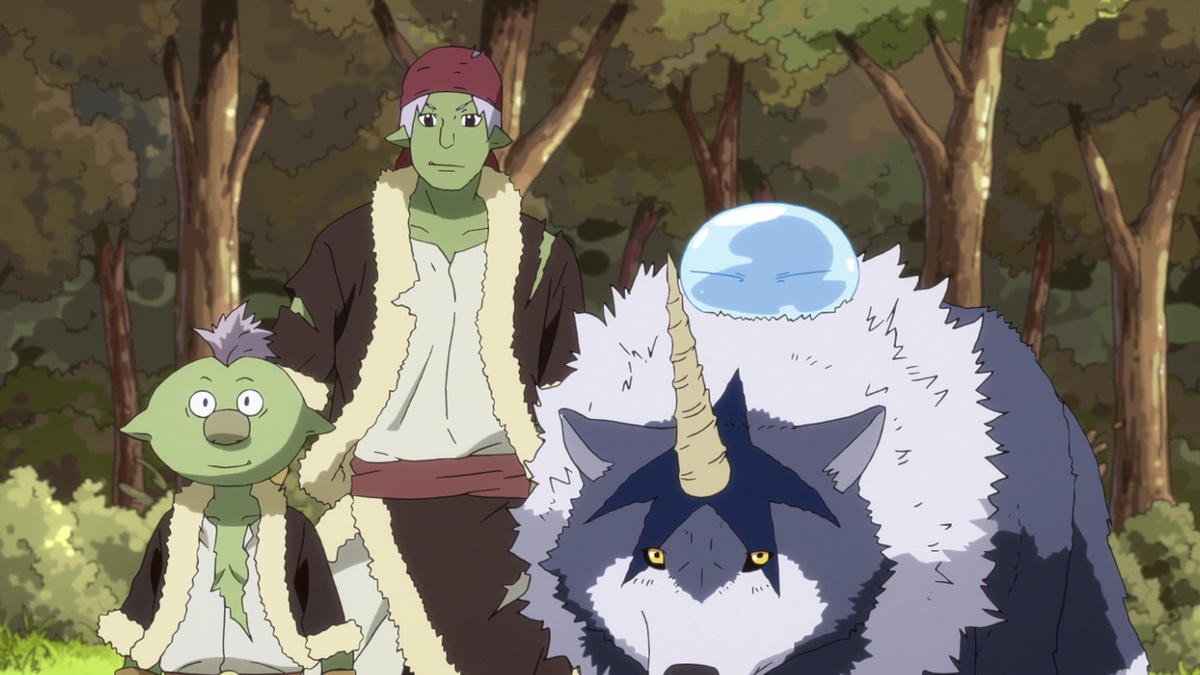 We've had isekai about people getting transformed into many concoctions, from demon lords to even vending machines. That Time I Got Reincarnated As A Slime has our hero coming back in a fantasy world as a living, breathing blob of blue raspberry Jell-O. This leads the newly-crowned Rimuru to find themselves ruling over a goblin kingdom, finding peace with other nearby nations, befriending many a noble race, and becoming one of the strongest entities throughout the magical land. Where KonoSuba's comedy was more about how awful the isekai genre is, That Time I Got Reincarnated As A Slime embraces its roots with loads of heart, hilarity, and some surprisingly good action.

That Time I Got Reincarnated As A Slime can be viewed on Crunchyroll, Funimation, and VRV. It has been licensed by Crunchyroll & Funimation. 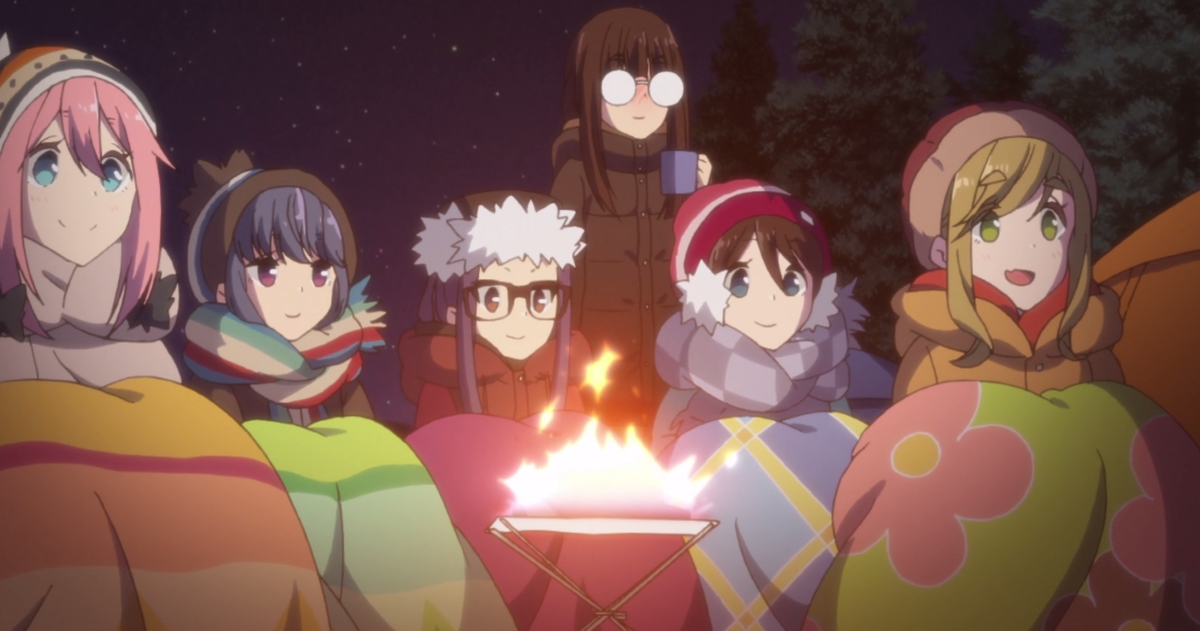 You know a show hits a strong mark in the community when an entire industry finds its profits nearly tripling that of the year before. That's what happened soon after Laid-Back Camp aired in Japan, causing even the most shut-in otaku to grab a tent and try roughing it out for once. Of course, it helped that the tale of Nadeshiko, Rin, and the Outdoors Activities Circle was funny, informative, and filled with good spirit. C Station also nailed it out of the park with its animation, capturing the beauty of Mount Fuji and the great outdoors with much attentive care. Considering a second season, full-length movie, and short series are all in the pipeline, the comfy train that is Laid-Back Camp appears to show no signs of slowing down, despite its easy-going nature that made it one of 2018's most surprising treats.

Laid-Back Camp can be viewed on Crunchyroll and VRV. It has been licensed by Crunchyroll. 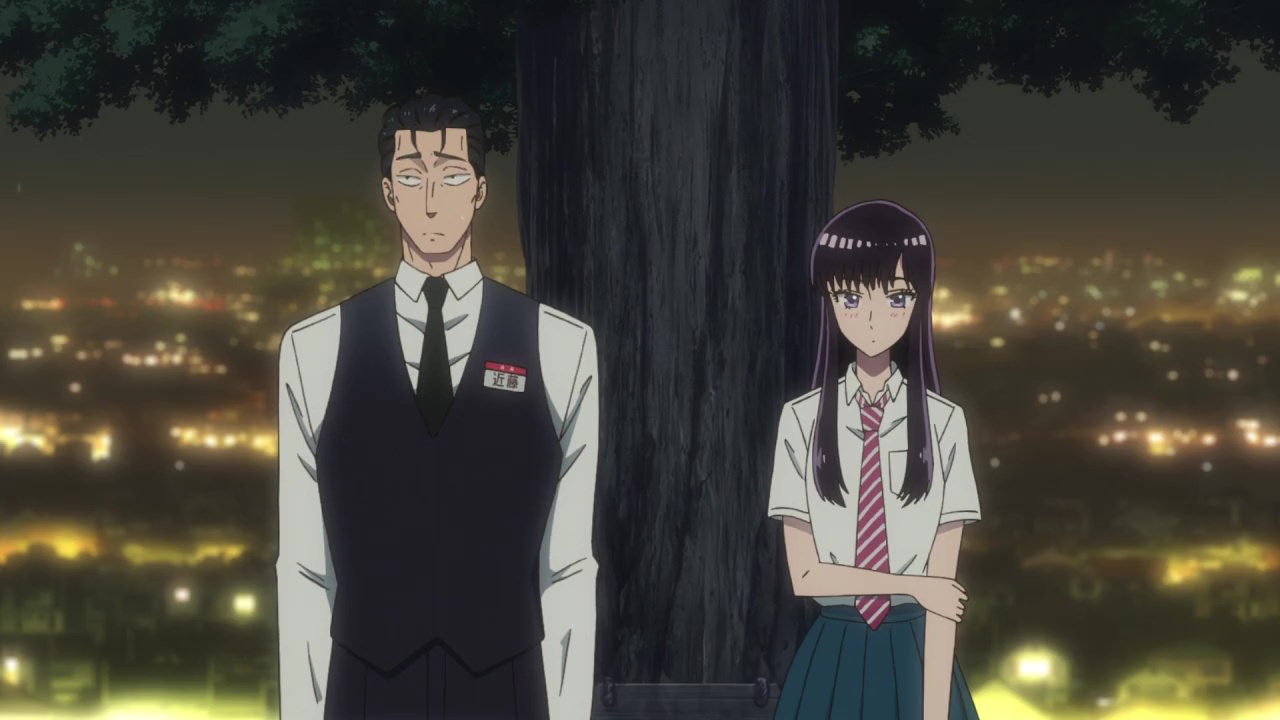 I could go on about how great the narrative in After the Rain was, but I'd be repeating myself from my Best of Manga in 2018 piece. Wit Studio (Attack on Titan, The Ancient Magus' Bride) condenses the 12-volumed manga into 12 episodes, bringing Jun Mayuzuki's creation to such a beautiful light. While some aspects of the story are left out due to time restraints, the core tale of Akira and Masami never loses its true focus, transforming a plot revolving a lovesick girl head-over-heels for her much older manager into one about re-finding your purpose in life. With its mature means of showcasing its characters and emotions, After the Rain delivers one gorgeous spectacle of a romantic dramedy that reaches storytelling levels not seen in years within the anime genre.

After the Rain can be viewed on Amazon Prime

We all laughed at the sight of an anime about horse girls, but it was P.A.Works and Cygames that would have the last laugh when Uma Musume: Pretty Derby hit the airwaves. The tale of Special Week's quest to become the Number One horse girl wound up being one of Spring's most talked-about anime of 2018. It was funny, exciting, heartfelt, beautifully animated, and -- shocking of all -- free from the usual fan-service we'd come to expect from shows like this. No one could've predicted that every grown man & woman on the Wicked Anime crew would be cheering for Special Week's victory every episode, yet that was part of the charm in Uma Musume, a show that wound up being the sports anime to beat all sports anime of the year.

Uma Musume: Pretty Derby can be viewed on Crunchyroll and VRV. It has been licensed by Crunchyroll. 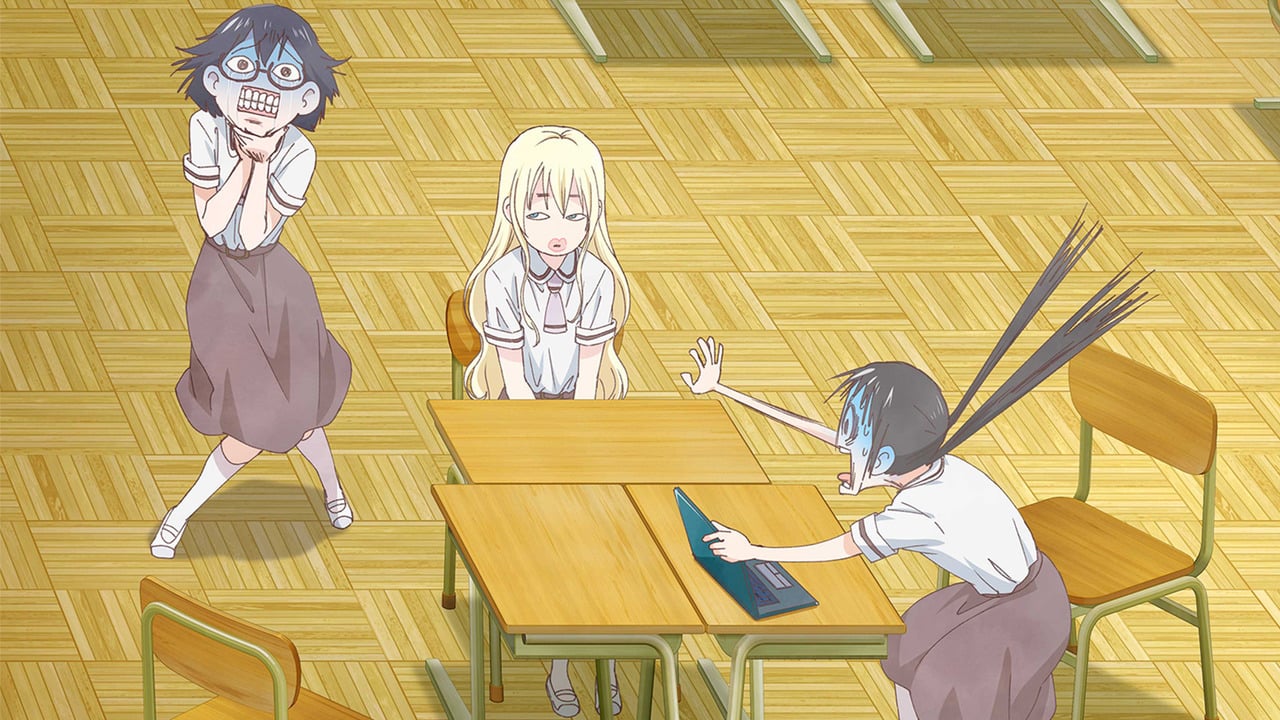 So this is what it's like to have the wool pulled over our eyes. What was advertised as another "cute girls doing cute things" kind of anime wound up being the opposite: cute girls doing dumb shit! Asobi Asobase - workshop of fun - had some of this year's biggest laughs and jokes, from laser butt cannons and terrible Twitter profiles to bad fashion senses and horribly smelly armpits. Hanako, Olivia, and Kasumi may have been terrible people (though, to be fair, almost everyone in this show was), but watching their pastime fun explode into some of the most screwed-up comedy put in anime form was this summer's biggest highlight. From its cutesy opening to the so-metal-it's-funny end credits segment, Asobi Asobase made sure its viewers never left its quarters with a belly not sore from laughter.

Asobi Asobase - workshop of fun - can be viewed on Crunchyroll and VRV. It has been licensed by Crunchyroll.

2. Rascal Does Not Dream of Bunny Girl Senpai 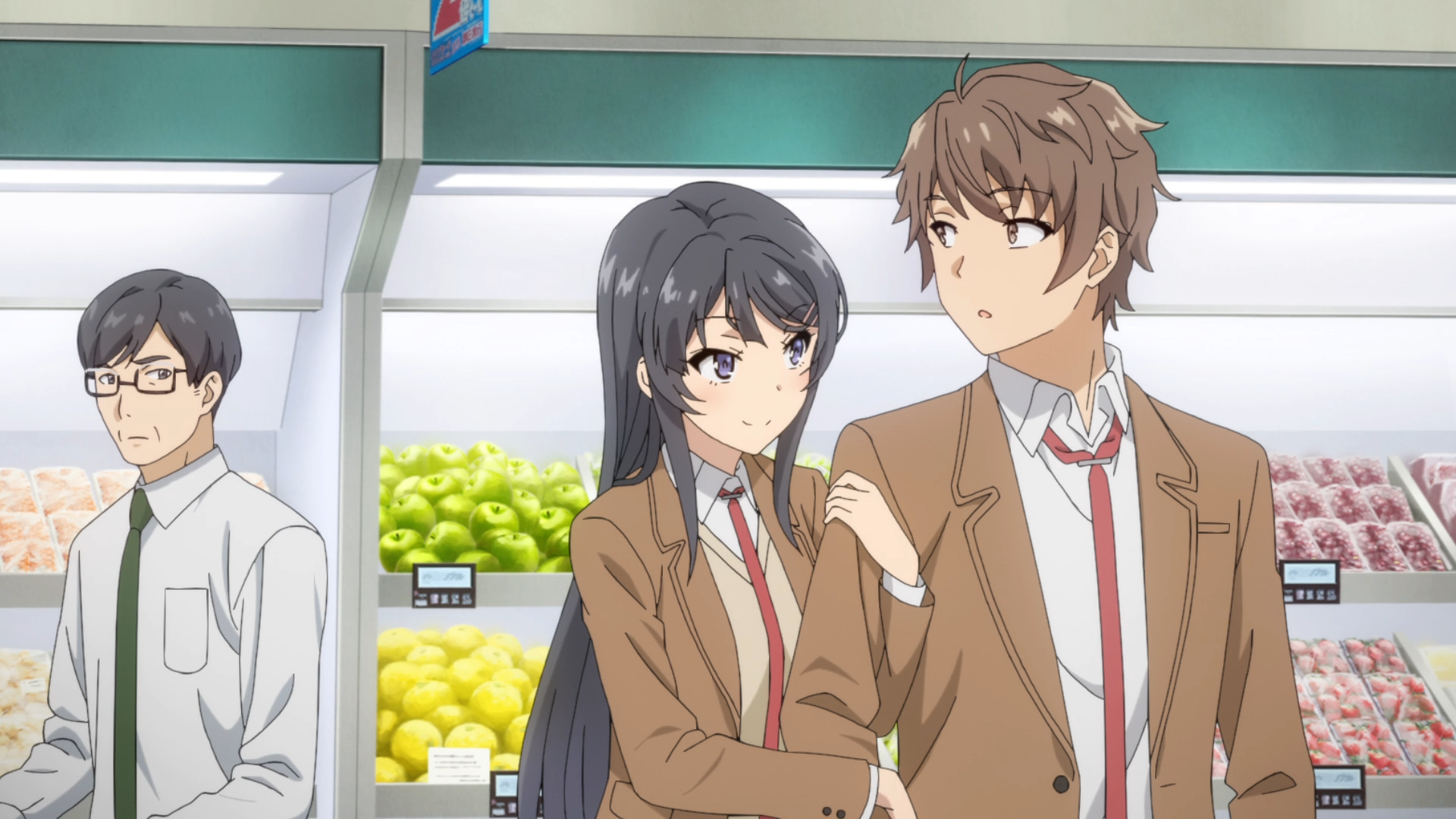 What if Freaks and Geeks had some supernatural elements thrown into it? That's the basic elevator pitch to Rascal Does Not Dream of Bunny Girl Senpai, a comedic drama about a student and the strange occurrences he faces on a daily basis. The banter between Sakuta and love interest Mai made this anime one of the most quotable and fun shows to watch in Fall 2018, but it was the weird conditions students had due to Puberty Syndrome that made this an anime to not take your eyes off of. Strange invisibility techniques, body-switching, grotesque scars, and even a doppelgänger situation were all presented with a plethora of intelligence, heart, and -- above all -- clever storytelling. Rascal Does Not Dream of Bunny Girl Senpai showcased a level of brilliance in drama, comedy, and character development in every episode, making it a true highlight of the anime world of the past year.

Rascal Does Not Dream of Bunny Girl Senpai can be viewed on Crunchyroll, Funimation, Hulu, and VRV. It has been licensed by Aniplex of America. 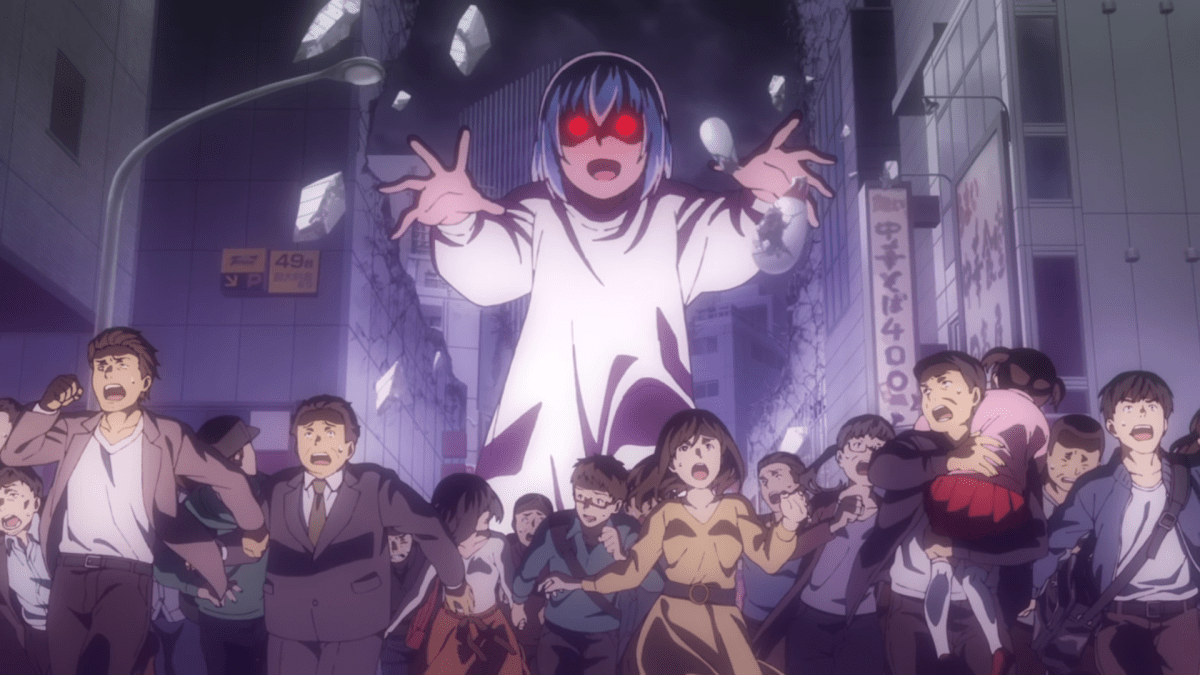 Psychic-powered children aren't new to anime, but Hinamatsuri quickly made sure it was different from the rest of the pack. The tale of yakuza member Nitta becoming an unexpected foster parent to an alien girl delivered hard-hitting laughs and soul-soothing drama that went back-and-forth in the most magical of ways. Thanks to its eclectic cast of wonderful (and often shitty) characters, Hinamatsuri gave its viewers a plethora of laugh-out-loud moments from Nitta & Hina and a gut-punch of feels from fellow psychic girl Anzu. Of course, we can't talk about this anime without briefly mentioning Hitomi and her always-do-well mantra that keeps her fully invested in part-time jobs while keeping her bar gig a secret from her friends and family. It's hard not to spoil a good gag that's offered, so let's leave it at this: Hinamatsuri will always leave you surprised by its humor and good-natured heart, and it would be foolish of anyone to miss out on just how fantastic of a watch it truly is.

Hinamatsuri can be viewed on Crunchyroll, Funimation, and VRV. It has been licensed by Crunchyroll & Funimation.

Any anime we might've missed this time around? Comment below with your favorites, and tell us why they stood out on your best-of 2018 list!