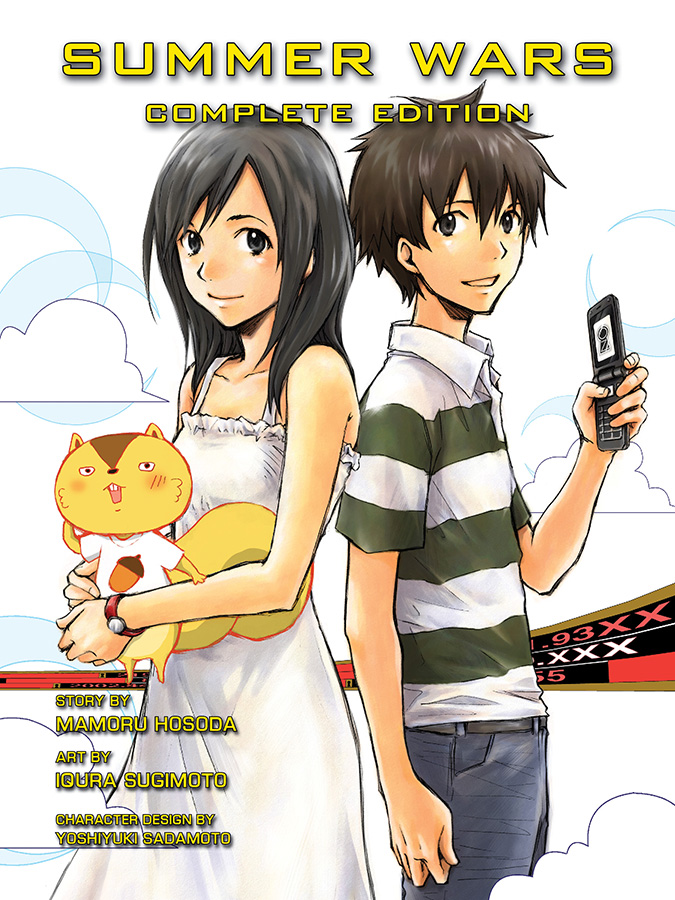 Mamoru Hosoda's Summer Wars stands as a true game-changer for anime feature films. The 2009 movie delivered some of the most heartwarming, funny, and action-packed moments in the year it was released. It was a moment that cemented Hosoda as a true storytelling master, one that dove deeper into the behaviors of humanity than even most live-action directors do. In laymen's terms: this film is an essential for lovers of animation and deep storytelling.

This leads me to Iqura Sugimoto's manga adaptation, which was printed and released during and after the film's run in Japanese theaters. Telling just about the same story as the movie, Summer Wars puts its focus on math wiz Kenji Koiso, whose crush Natsuki Shinohara brings him along to her great-grandmother's 90th birthday as her fake boyfriend. After a late-night puzzle-solving session, the Internet hub known as OZ is hacked by a virus known as Love Machine, with Kenji being labeled the culprit. Soon the world goes crazy, with everything connected to OZ going haywire.

That's when the power of the Shinohara family comes into play, with the great-grandmother making calls and delivering messages to all of her contacts in order to boost their hope and moral. But when word gets out that a family member may have created Love Machine, the stakes of saving the Internet and the reputation of Kenji and the Shinohara family become even greater. Thus a race against time to stop the virus becomes also a race to save the world, and a mixture of new tech and old-school playing may be the only combination that can put a stop to it. 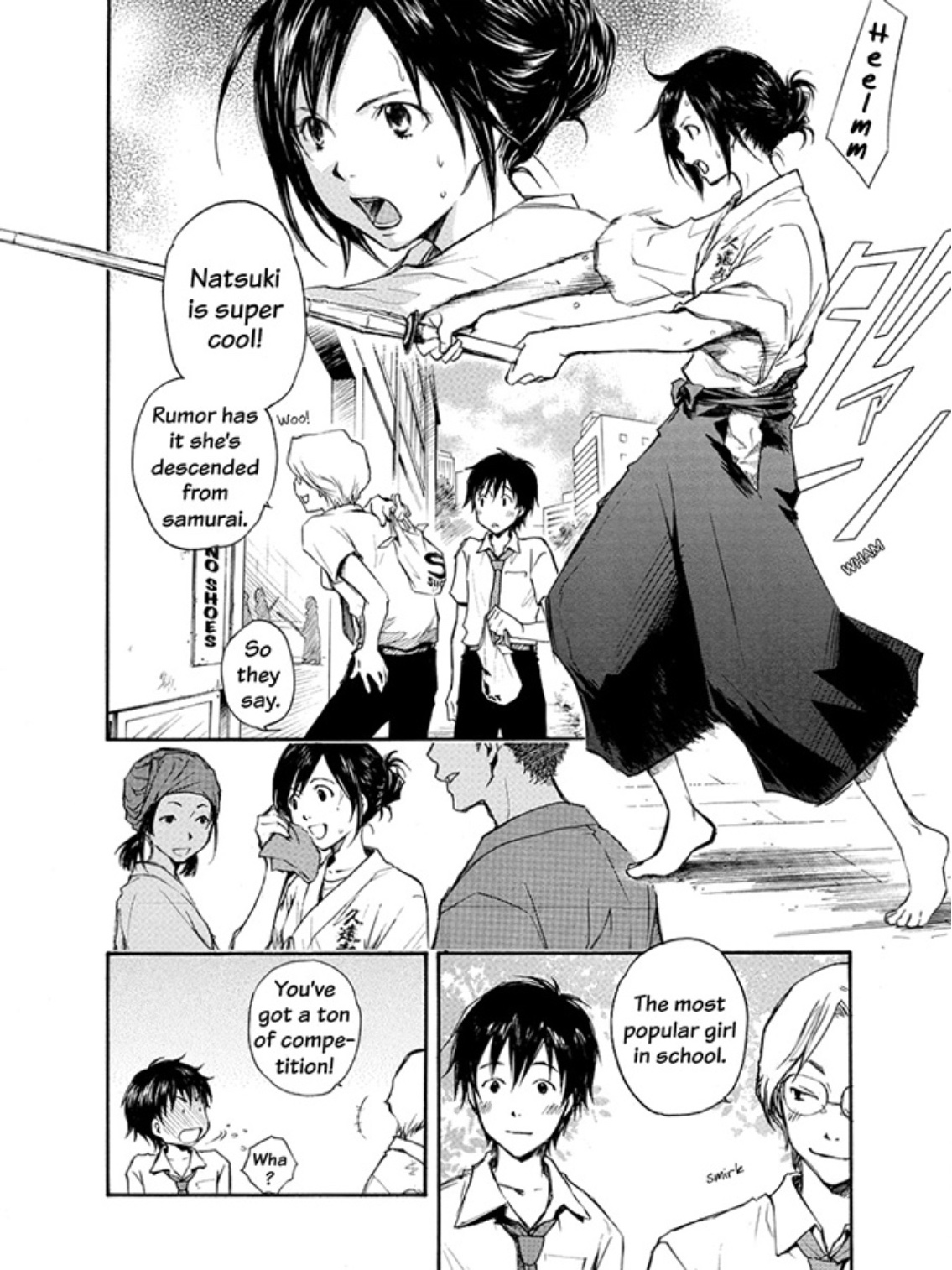 What the manga adaptation of Summer Wars gets right is its means of keeping the film's emotional aspects intact. Capturing how a person feels and reacts in a realistic manner isn't hard to do in comic book form, but considering what Hosoda accomplished in the film, it's hard to reach his level of expertise. Thankfully Sugimoto's art style not only matches well with the Madhouse-produced film (the last of Hosoda's to be made there before he founded Studio Chizu), but it captures the more heart-wrenching and darker moments almost as perfectly as a single frame of film.

The same can be said about the more action-based parts of the story, especially when it involves King Kazma battling with Love Machine. Its tension is just as deep as the original film, with every punch, kick, victory, and defeat showcased with heavy detail. While Japan has a knack for making even card games exciting, the final Hanafuda scene with Natsuki going up against Love Machine is presented with much beauty and intensity, right down to the final card slapped down. (It also served as a reminder that I still need to learn how to play Hanafuda myself!)

As a story, Summer Wars places a huge focus on the importance of family, as well as on old traditions. Reading as the great-grandmother uses older means of contact to rally the troops is a good reminder of why some of the more "archaic" means of help should still be in use today. It also demonstrates the strengths one has when bonding with another individual, as the great-grandmother seemingly had the biggest of contacts in the highest of rankings. Even when Natsuki's plan to show off Kenji as her boyfriend blows up in her face, how the family still welcomes him as one of their own is a wonderful showcase of love and endearment. (Well, all except that one douchebag cop of a cousin, whose name doesn't really deserve mentioning here.) 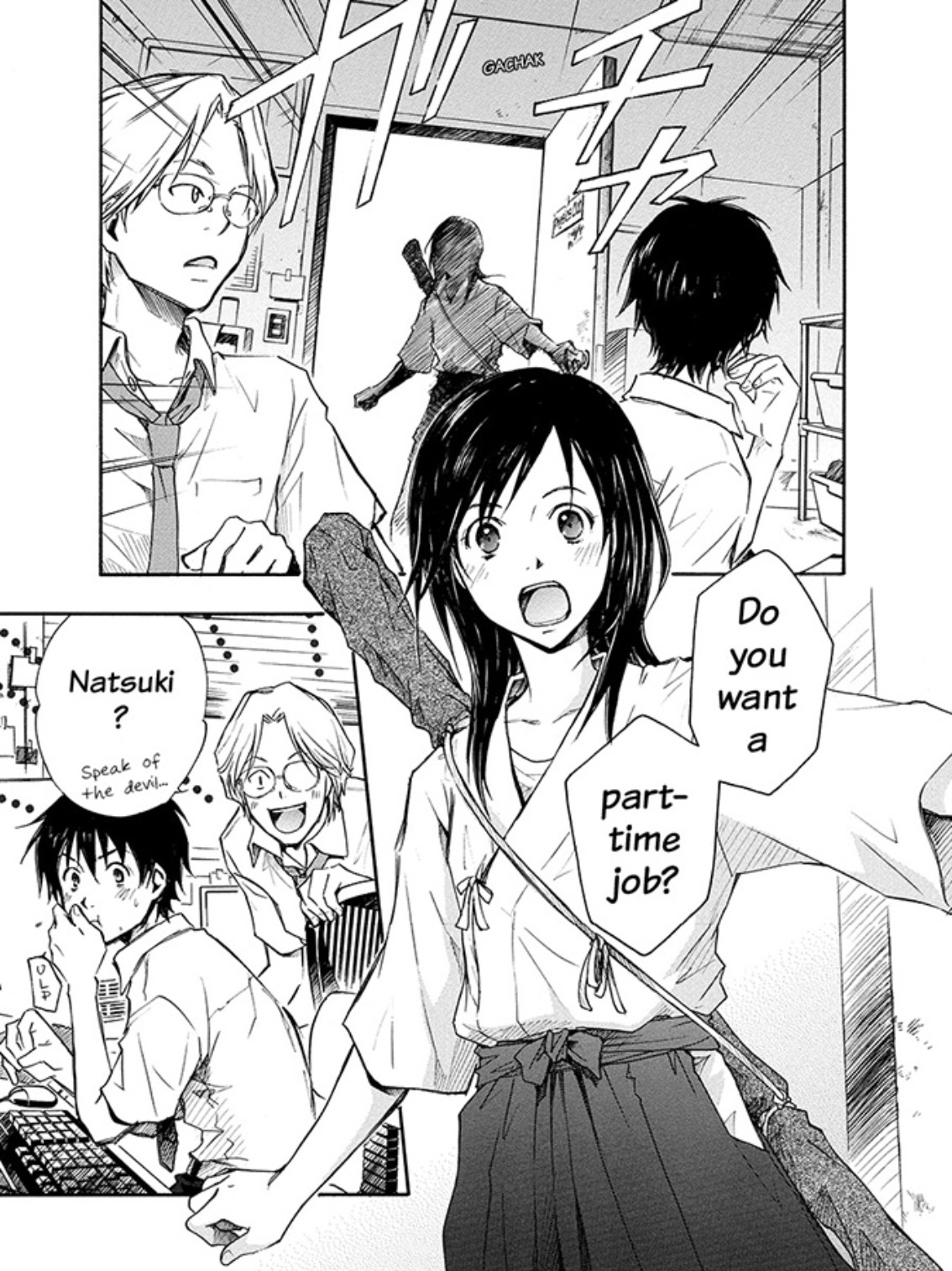 With all that being said, this manga adaptation doesn't exactly add anything new to the Summer Wars story. Granted, there are a few new scenes thrown in from the original draft of the script, but the end result of everything is basically the same as what you had saw in the movie. What the manga serves as, though, is a nice art book of sorts that lets you take in the emotional aspects of the film and appreciate it for a much longer period of time. Every page is beautiful to look at, with Sugimoto adapting Hosoda's art style to a near-perfect mirror image.

It's hard for me to fully recommend the Summer Wars manga for those who had already seen the movie. However those who wish to experience one of anime's greatest film achievements in book form can't go wrong with Sugimoto's terrific adaptation. Whether it's your first time experiencing Hosoda's masterpiece or returning to discover new ground in its tale, the Summer Wars manga will certainly serve as a reminder to keep your head held high and your family close during the most exciting and rocky of times.