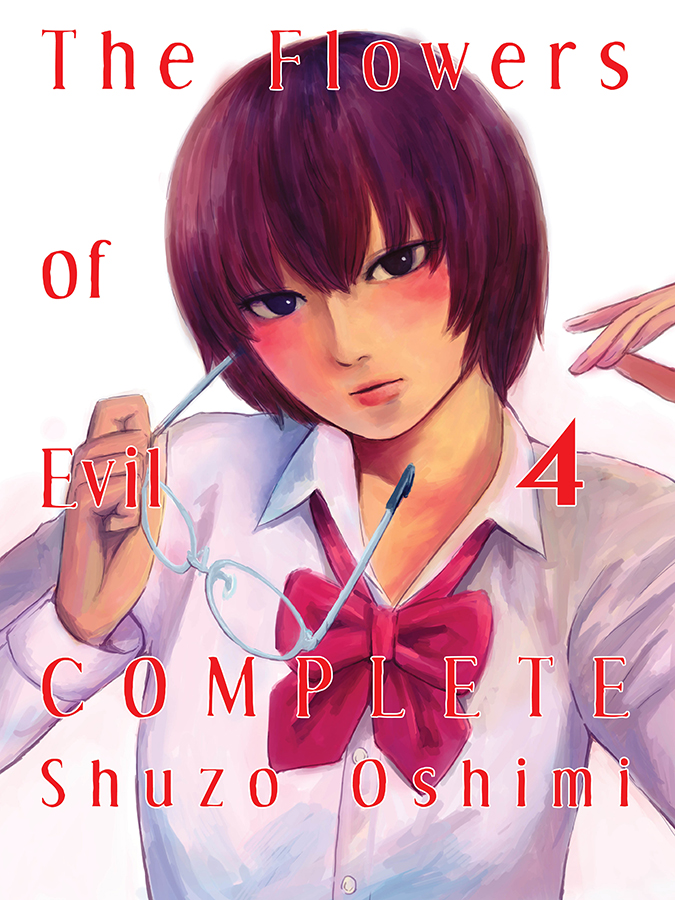 If there's one thing Kasuga quickly learns in the final volume of Shuzo Oshimi's The Flowers of Evil, it's that you can never truly go back home. After being away from the place where he and Nakamura almost caused an epic stir, Kasuga finds his old stomping grounds to be unfamiliar. Is it because he's trying to escape from his past, or does it deal with how he has changed since getting away from the problematic situation?

Kasuga and his family return to Gunma, where his grandfather is near death's door. Although there appears to be no animosity between any of his family members, many of his cousins quickly turn on him soon after the grandfather passes. An old classmate shows up at the funeral, whom Kasuga later meets up with and reveals the location of Nakamura's new home. After returning to his girlfriend Aya, he decides to tell her the entire story of how he wound up in her town. Once everything comes out in the open, Aya and Kasuga decide to see Nakamura, in the hopes that the past can finally be put to a close.

There's a frail tone that's presented throughout the first half of this final part of The Flowers of Evil, and for good reason. After dealing with a breather in the third volume, Kasuga begins to question whether or not his newfound happiness is genuine. As such, having the ability to see Nakamura again gives him the opportunity to test whether this was true or not. When Nakamura pops up, she seems more calm and reserved. Whether this is a sign of regret for past mistakes or -- quite possibly -- her being medicated to make sure she doesn't put such stunts again is up to the reader's interpretation. It's a somewhat final showdown between Nakamura and Kasuga at the beach that reawakens their true selves, with Aya getting in on letting all the frustrations out. 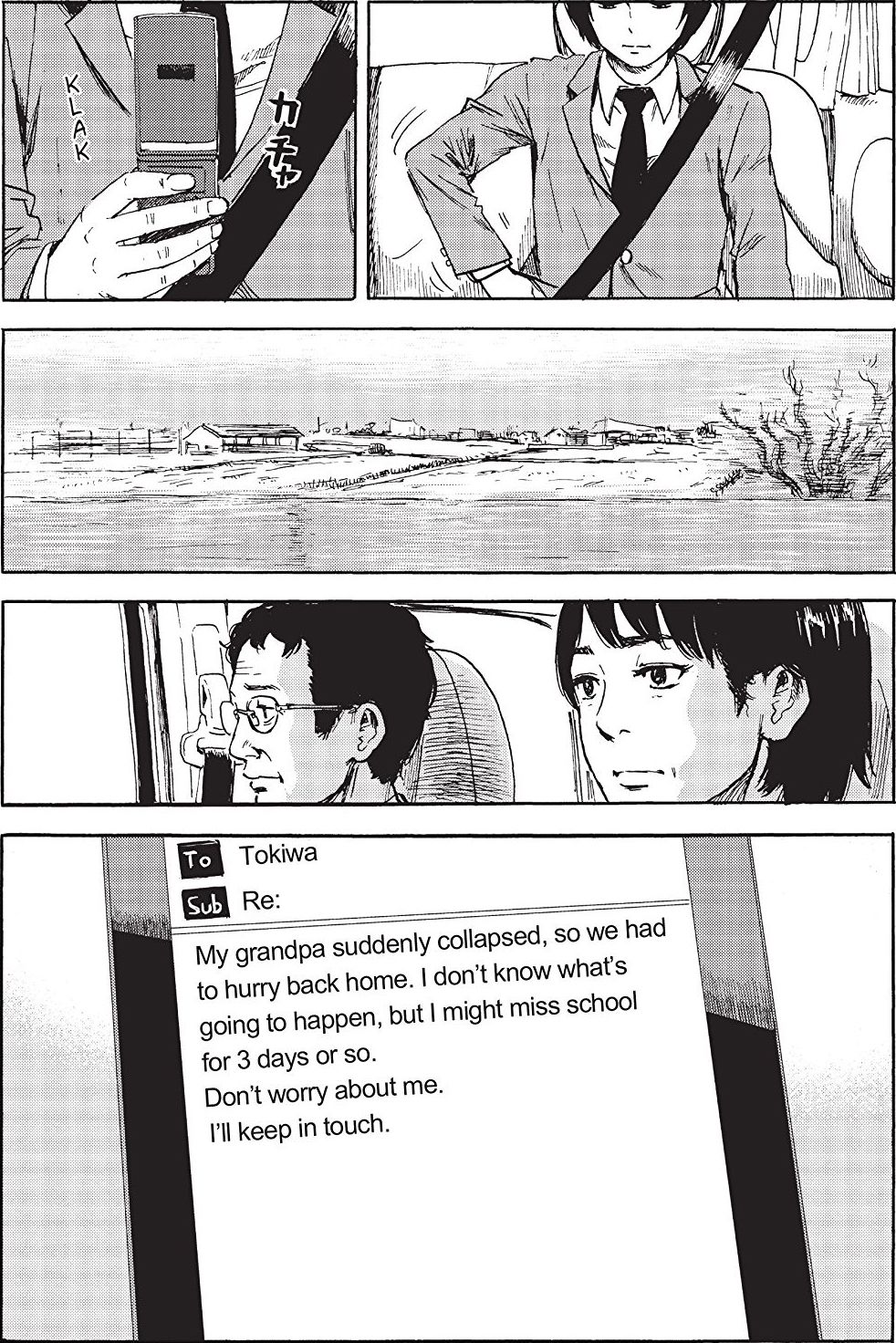 The second half of the volume goes down a much different route, with a storybook sort of montage that shows what happens to everyone after this final confrontation. In a way, it's relieving to see just about everyone find some level of happiness, be it with creating families, new jobs, or a rediscovering of what it means to have a positive outlook. However, it's also good to see how the past still cracks through here and there, pushing Kasuga towards writing his own story to tell. (A bonus chapter in the end showing Kasuga and Nakamura's first meeting from Nakamura's perspective reawakens some of the more tense moments of the manga.)

As the story has reached its conclusion, it's easy to see what makes The Flowers of Evil ring favorably to many of his readers. Though there are some redeeming qualities of these characters towards the end, the way the story shapes the likes of Kasuga and Nakamura is a lot like balling up humanity's worst parts and placing them in gingerbread man cookie cutters. Even after I finished reading this story, I still had no idea if I liked these protagonists. It's not because I couldn't relate to them, but rather it's more due to them possibly being a personification of every bad deed I've personally done in my entire life.

Nevertheless, Oshimi should be commended for bringing these characters to us. Yes, their antics sometimes made us uncomfortable, not to mention a couple of things would trigger certain readers. However, how he crafted these students and shoving a deep heaping of happiness-ruining truths about our darkest selves is something rarely accomplished in the manga realm. It may have made some of us squirm in places, but the story of Kasuga and Nakamura also made us think about our true selves and why it's sometimes not good to indulge into our darkest desires. 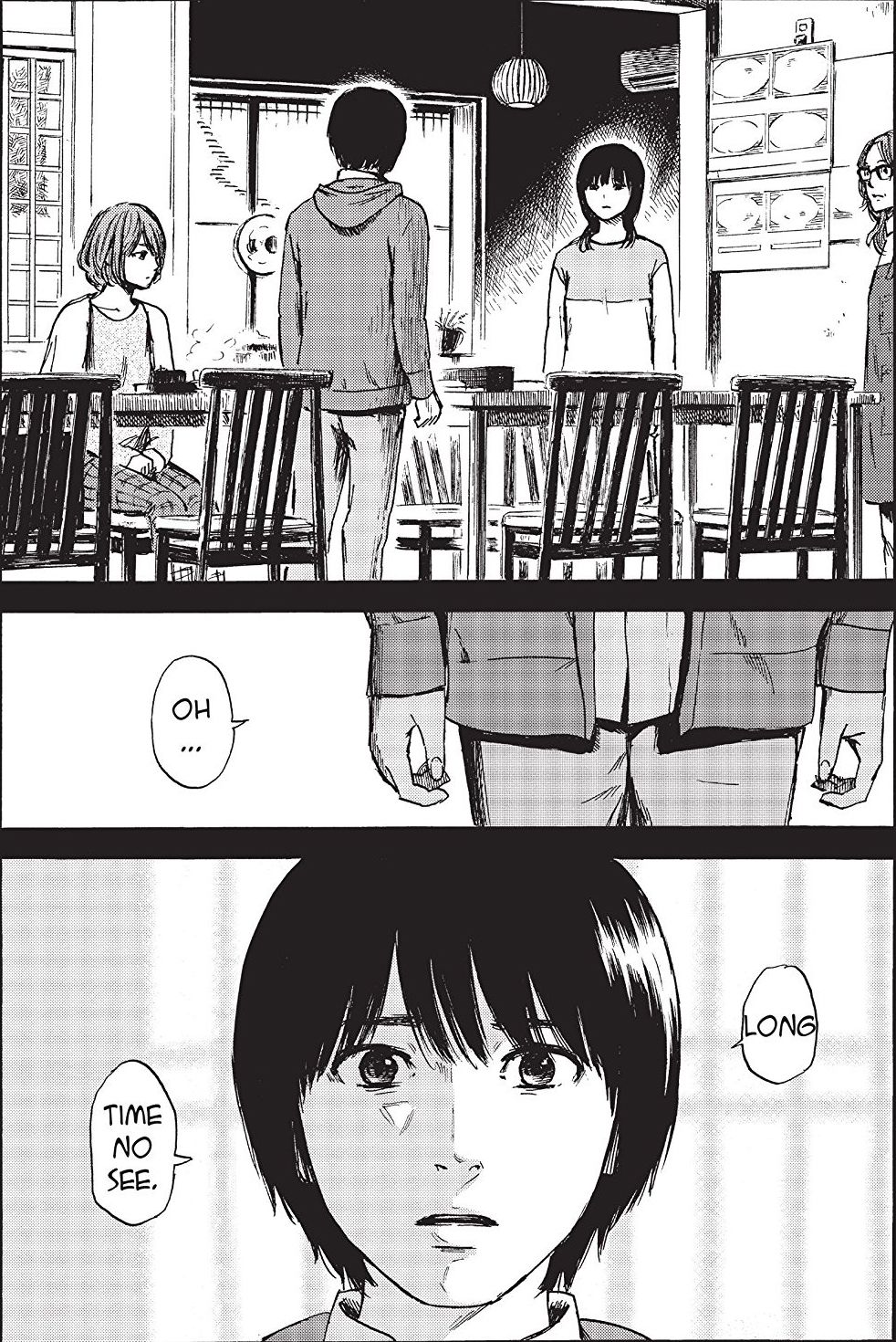 In the end, The Flowers of Evil was about letting go of our angst. While it went to the fullest of extremes to demonstrate this (especially in its second volume), it nevertheless showcased why we as people need to find ways to release this pent-up frustration caused by the world around us. In many ways, dealing with such turmoils helps to transform us from "shitbugs" to better members of humanity. Although Kasuga's journey had its share of rocky moments, Oshimi's The Flowers of Evil is still a fine look into the psyche of a person trying to break away from the dullard ways of normalcy.