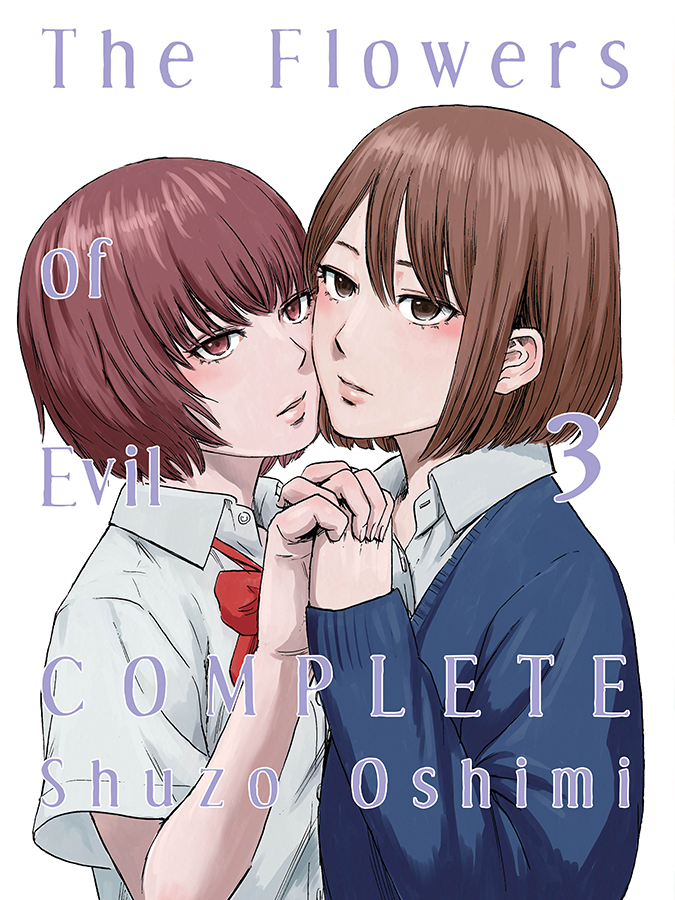 Shuzo Oshimi's The Flowers of Evil can be one perplexing series at times. There are moments where you seen teenage revolt in its most animalistic forms, to the point where its characters cross certain lines that no sane individual would even consider doing. So it's rather interesting that the third complete volume of The Flowers of Evil asks its readers a question: Could one's direction be reversed after passing the point of no return?

After making a spectacle at a Gunma festival, Kasuga is forcibly split from the troubled Nakamura. The story then jumps three years later, with Kasuga living in a new city with his parents. Now in high school, the troubled teen finds himself often breaking away from the norm and avoiding any real social contact with his fellow classmates. That is, until he sees schoolmate Aya Tokiwa in a bookstore looking at a cover of Charles Baudelaire's The Flowers of Evil. Soon it becomes apparent that there may be someone else in his newer surroundings that feels the way he does, awakening a certain feeling deep inside that's akin to what he felt when with Nakamura. But when his past self slowly craves to be reawaken, Kasuga worries that this newfound friendship may be destroyed like everything else he's touched. 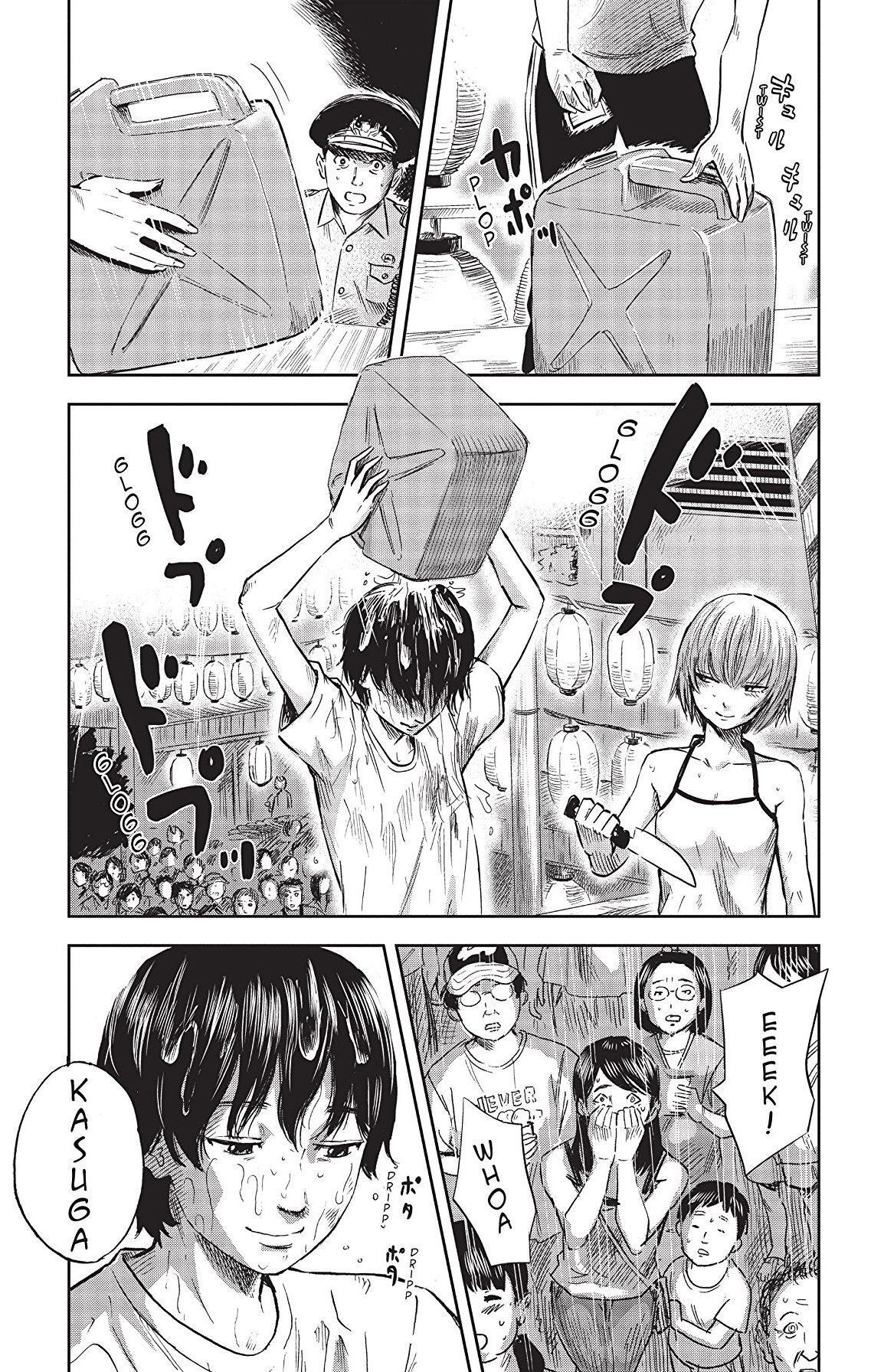 It's strange seeing a manga's defining element pulled away from the core of its storytelling. Within the first two omnibus volumes of The Flowers of Evil, there are scenes of violent debauchery, destructive revolting, and even a moment of sexual assault that's still one of the most disturbing scenes I've ever read in printed form. Here in the third volume, it's Kasuga trying to struggle with going back to normalcy, once again becoming a "shitbug" in a newer setting. Still, what he did back at Gunma haunts him and his parents, with his mother and father appearing to be at a breaking point in their own relationship.

That's when Aya Tokiwa comes in and gives Kasuga something that he hasn't had in a long time: a glimmer of hope. Here arrives into his world a woman who shares his similar love of reading and deep thoughts, with her even outlining her own novel that mirrors what Kasuga went through in Gunma. As the two get closer, the more they relate to their ways of life and style, all without the dangerous intentions and emotions that Nakamura unleashed upon and within him. Even the appearance of Saeki, which first pushes him back to the brink of darkness, doesn't whiff out the candle that has been lit within his subconscious. 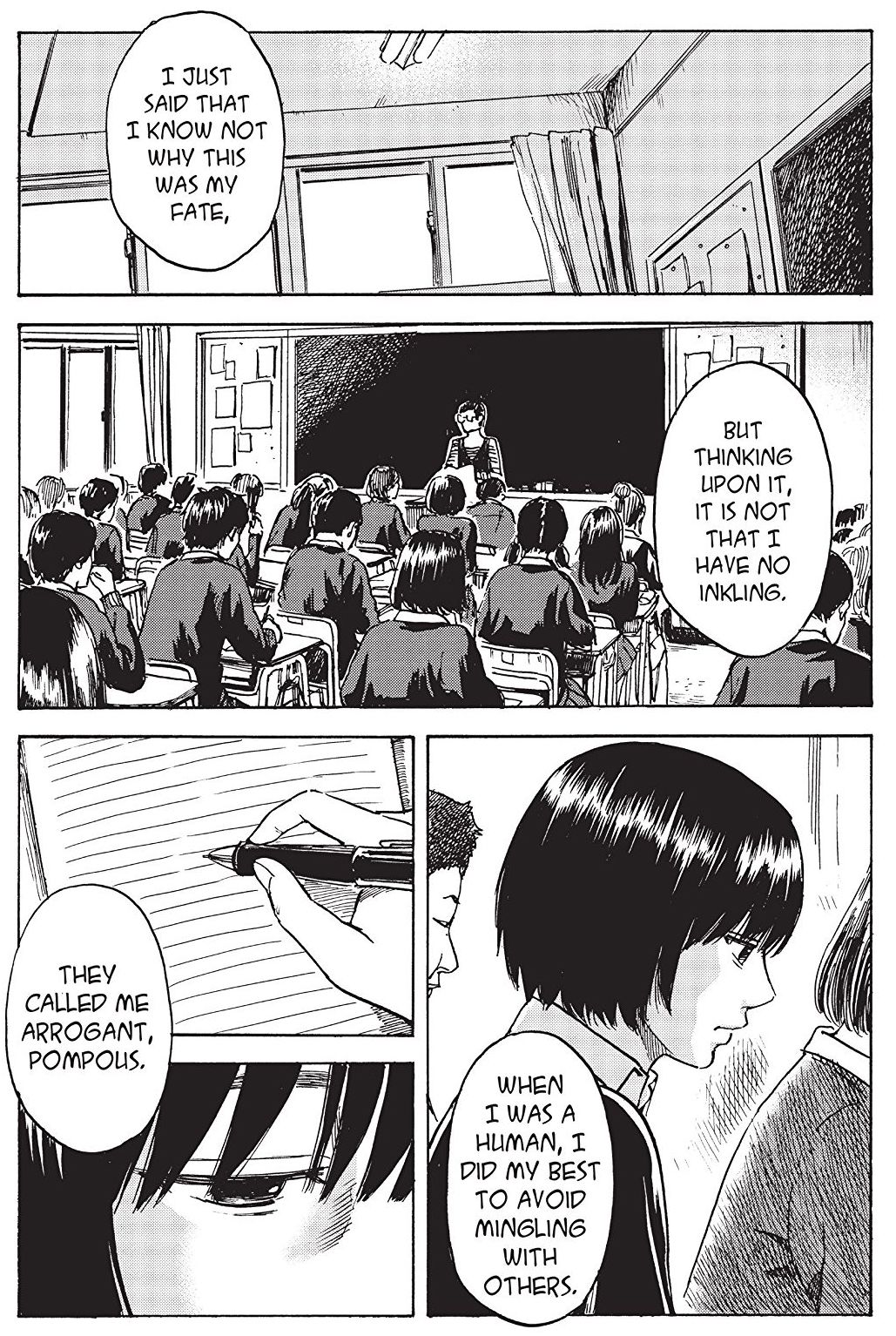 Instead, it becomes a moment where Kasuga stands at a fork in the road and chooses the path that hasn't been taken in quite some time. Despite the darker part of himself trying to lock his well-being away, he realizes that this new person in his life may bring him the true happiness that he's desperately needed. And as the two friends become closer -- even when their pals try to put a rift between the two via nasty gossip -- it becomes an awakening moment that brings forth a warmth that Kasuga hasn't felt in years. In a way, it's a nice change of pace, but one who has been reading this manga knows that the darker times are sure to show up once more.

The Flowers of Evil this time takes a breather from the incredibly uncomfortable, but it's apparent that something is lingering in the shadows. While it's nice to see Kasuga achieving a level of happiness, the other shoe in this manga's world is just waiting to drop on the confused high schooler. Until that time comes, consider this omnibus volume a break from the more disturbing elements of the previous chapters. However, with the way it leaves its readers hanging, it appears that this breather is about to be choked out.