HomeComics/MangaMANGA REVIEW | "The Flowers of Evil" - Volume One (Omnibus Edition)

MANGA REVIEW | "The Flowers of Evil" - Volume One (Omnibus Edition) 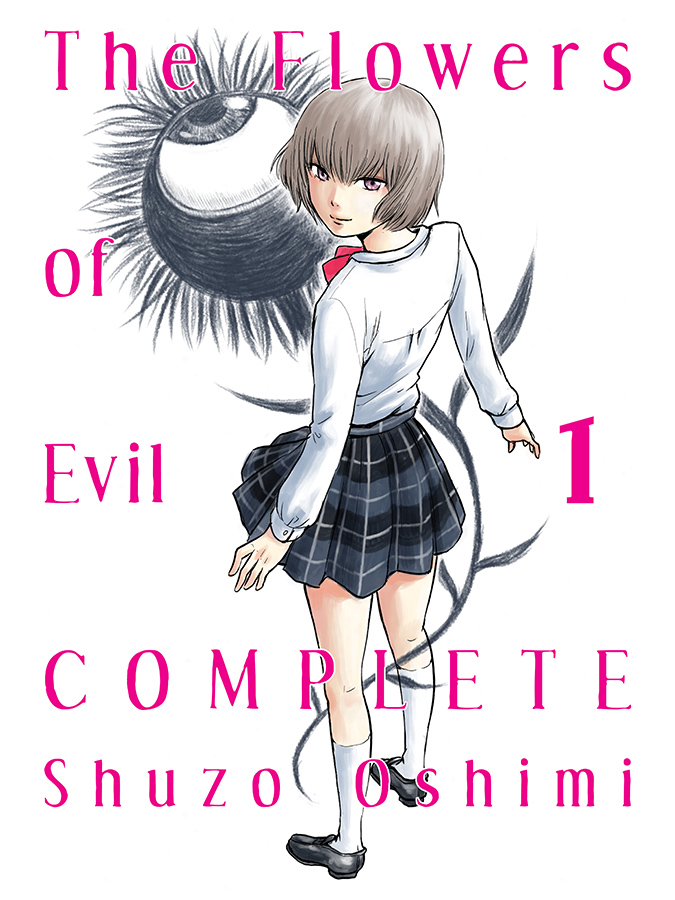 MANGA REVIEW | "The Flowers of Evil" - Volume One (Omnibus Edition)

The end of one's adolescence can be a rather tricky path to cross. In some cases, it's an innocent romp that awakens a person’s adulthood, discovering new things about themself and those around them. However the pathway to maturity can be covered with many hazards, especially when it comes to awakening urges one may never know exist. Shuzo Oshimi's The Flowers of Evil is one such tale that not just presents a boy’s discovery of these urges, but also the darkness of keeping it hidden in front of the person he loves most.

Covering Volumes 1-3 in its first omnibus collection, The Flowers of Evil places its focus on young Kasuga, who has his eyes on the class beauty Saeki. Returning to class to find his favorite book, he discovers Saeki’s gym clothes have been left on the ground. Before he even realizes it himself, Kasuga has her belongings in his possession. The act is caught by the strange classmate Nakamura, who promises not to tell Saeki, on the condition that he makes a contract with her. This results in the crazed classmate peeling one layer after another of Kasuga’s deepest, darkest feelings and urges. 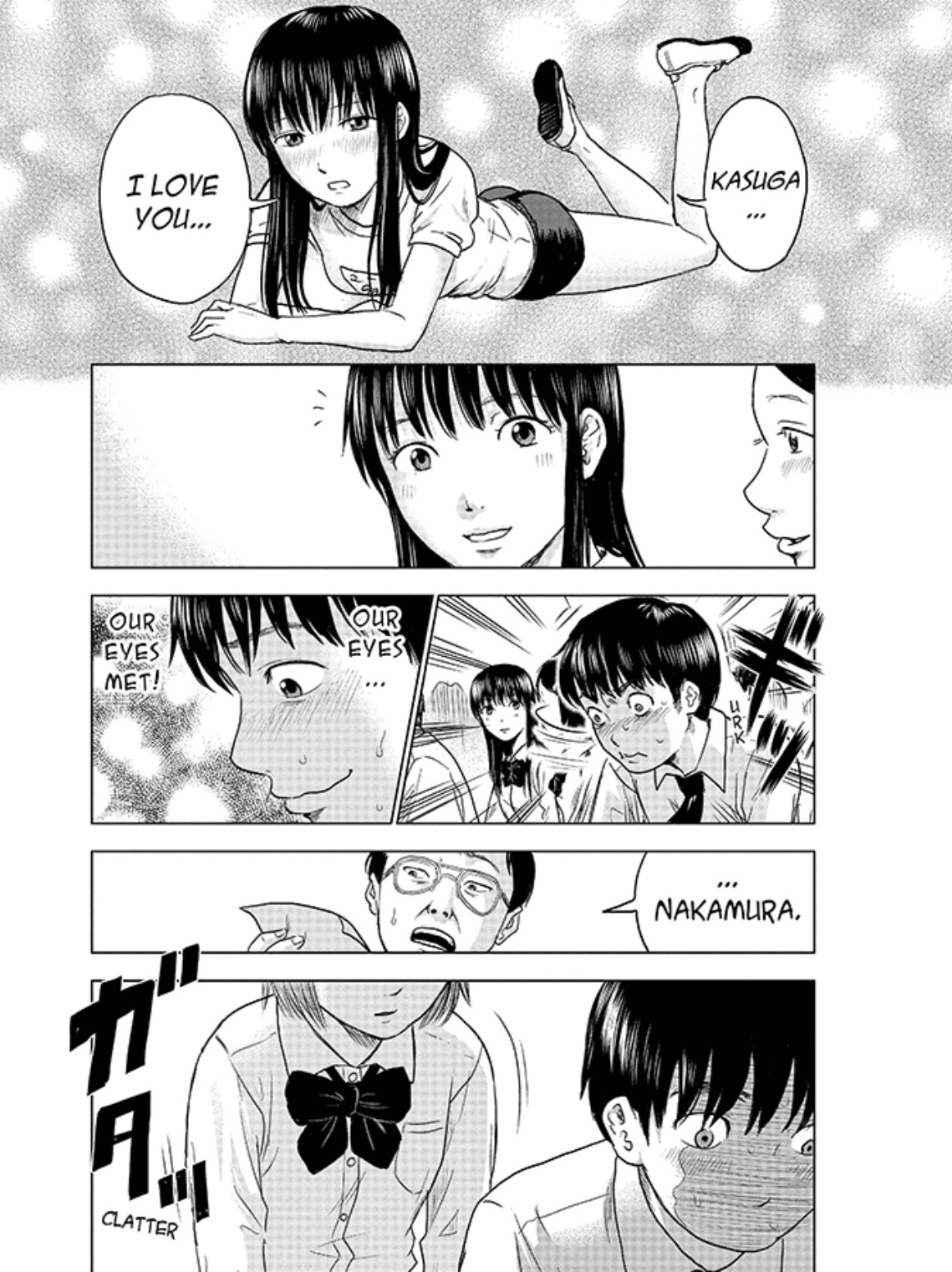 Despite these dirty deeds being enacted, Kasuga soon finds himself getting closer to Saeki, even going so far as to start being in a serious relationship. That doesn’t keep Nakamura from pulling some weird stunts on the boy, from forcing him to wear her gym clothes while on their first date to making him think that Saeki isn’t as pure as he thinks she is. This results in one massive mental downward spiral for Kasuga, pulling his sanity and beliefs out from under him and falling down a rabbit hole filled with self truths and anarchic actions.

I can't say I felt bad for Kasuga during his strange foray into adulthood, but at the same time I understand his conflicting attitudes between revealing his true self to Saeki and not wanting to act perverted with Nakamura. Sure, Nakamura's bullying can reach extreme levels, and that I can feel some sort of sympathy to Kasuga in that regards. On the other hand, because he can’t seem to be honest with both Saeki and even himself, it just leads himself onto the pathway of trouble more-so than Nakamura seems to. With that being said, The Flowers of Evil is at its most entertaining when Kasuga falls apart from the seams as his life flip-flops between the good and bad times. 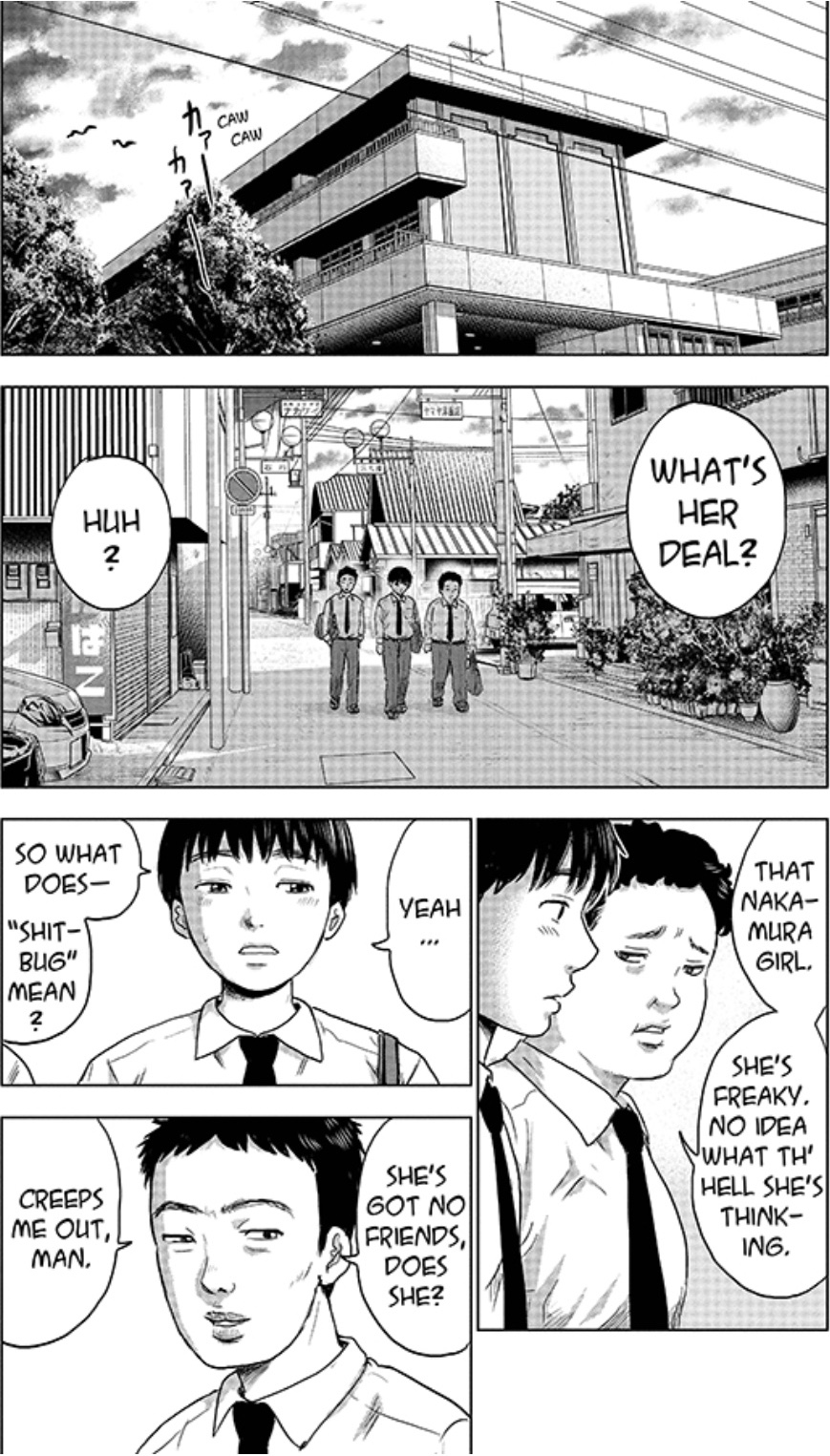 Watching as he attempts to dive into the works of Baudelaire, Bréton, and other obscure authors to Japan showcases his haughtiness towards his fellow students. However, when it comes to finally proving his so-called intelligence towards either Nakamura or Saeki, it’s quickly revealed how much smoke Kasuga is blowing out of his behind. He’s still barely a teen, with his internal feelings of importance soon exploding into his first true confession: he's nothing but a fellow bug for Nakamura to step on towards her escape from the small town life. It’s a dark, scream-filled revelation that does nothing to better his strange relationship with Saeki and Nakamura, even if the girl of his dreams doesn’t seem to mind the perversions he claims he’s not into.

All of this is captured beautifully in Oshimi's art style. There’s something rather enticing seeing this small countryside being engulfed with the surreal mental images that flow through Kasuga’s brain. One visual highlight involves Nakamura making Kasuga write out his confessional late at night on the classroom blackboard. This soon evolves into an explosive sight of chalk, ink, brushes, and paper that results in the class being vandalized in a sort of chaotic beauty. 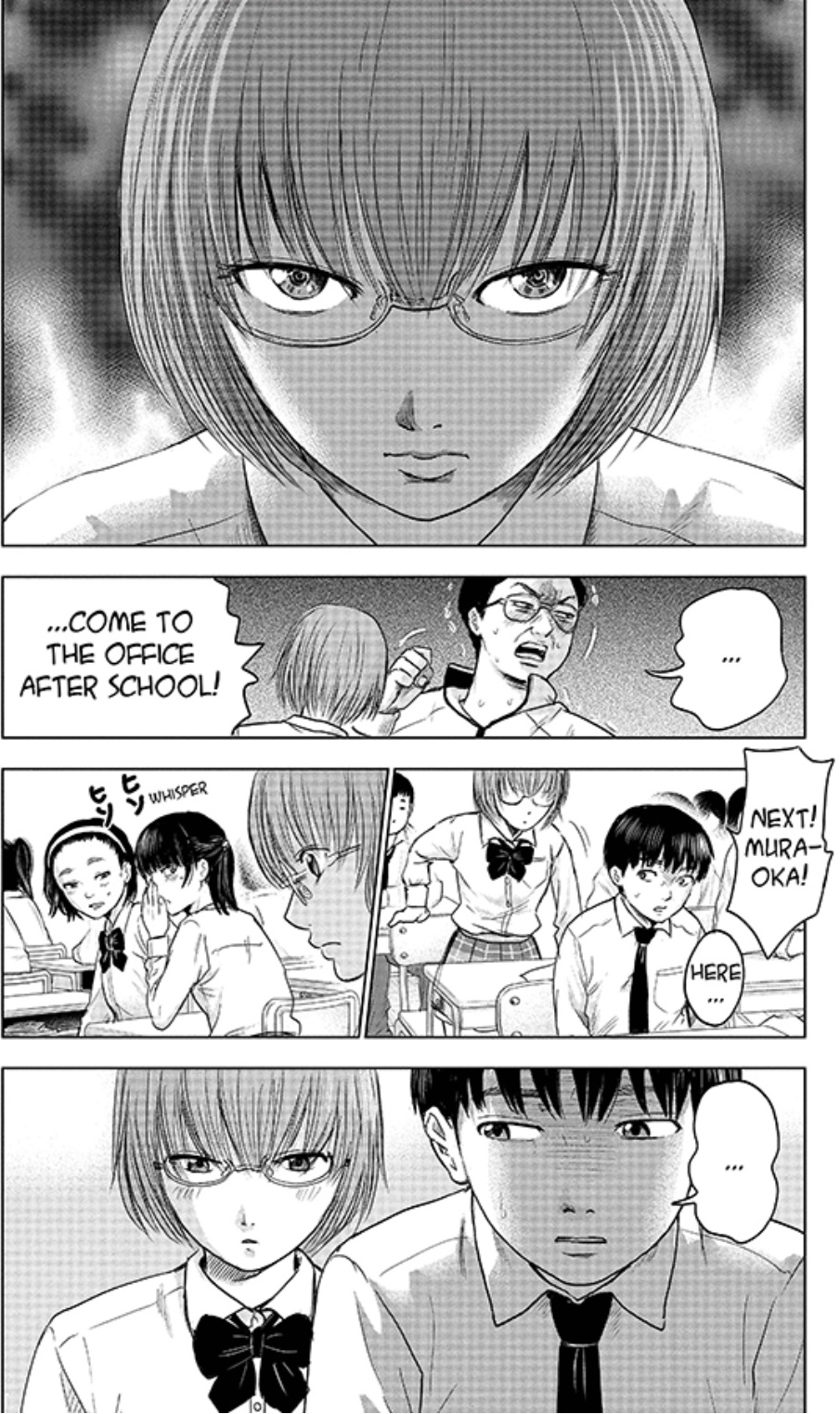 There are also the tinier aspects of the art style I enjoy. The detail placed into the way the characters blush when found in embarrassing circumstances is surprisingly cute, especially when Kasuga visits a sick Saeki and her reaction to her hiding under the sheets when he enters. Said adorability does get quickly ruined when you know that Nakamura's waiting to pull something perverted out of her brain just around the corner. That feeling never seems to disappoint, despite one’s wish that our protagonist can get some sort of break once in a great while. (Then again, this manga wouldn't be as interesting if that were to occur.)

The Flowers of Evil isn't a manga that’s entirely for everyone. Some aspects of it may make readers cringe, from Nakamura's means of bullying Kasuga to certain portrayals of fetishes and frustrating actions. Those who can take these sort of themes head-on will no doubt find a lot of entertainment value within Oshimi’s work. However, if you find yourself relating to either Kasuga or Nakamura in The Flowers of Evil, I know the number of a good psychiatrist for you.