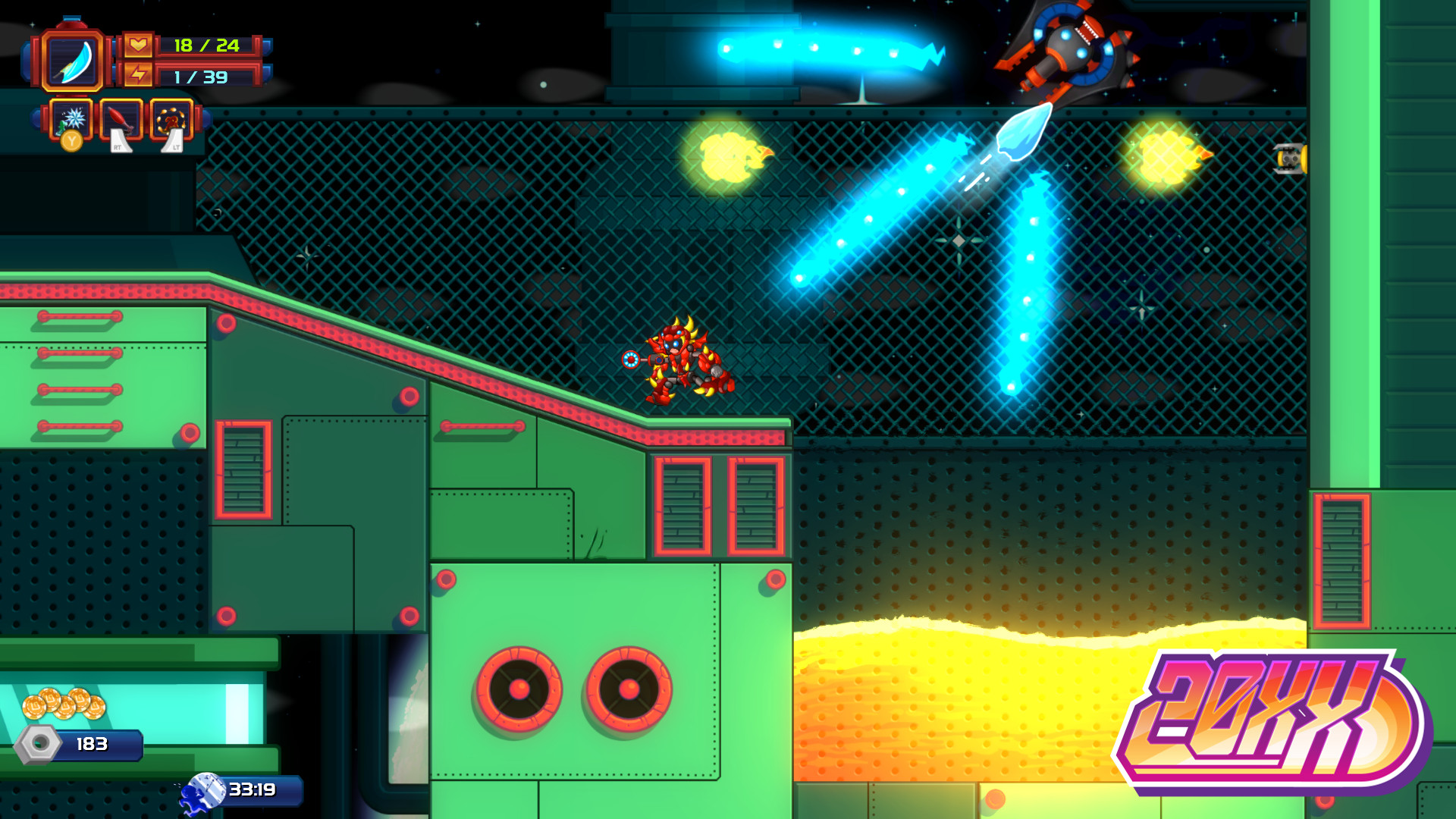 20XX finally came out of Early Access recently after being in it for such a long time. The game was a roguelike take on the Mega Man gameplay formula, and even after the long Early Access period, it becomes a disappointment. It's a shame that the team never took the time to use user feedback to make a game that has inspired level or character design, or a narrative that gives one the motivation to push through it's procedurally generated levels.

The game kind of has a story from what I can tell, if its intro sequence is anything to faithfully go on. Robots are wrecking the city on the orders of a madman, and a team of androids want to play hero. That's pretty much it. No text, or narrative, just an excuse to jump into the action. What follows is an action platformer where it does feel like a mix of Mega Man X and Mega Man Zero games, but that's pretty much where the similarities end. 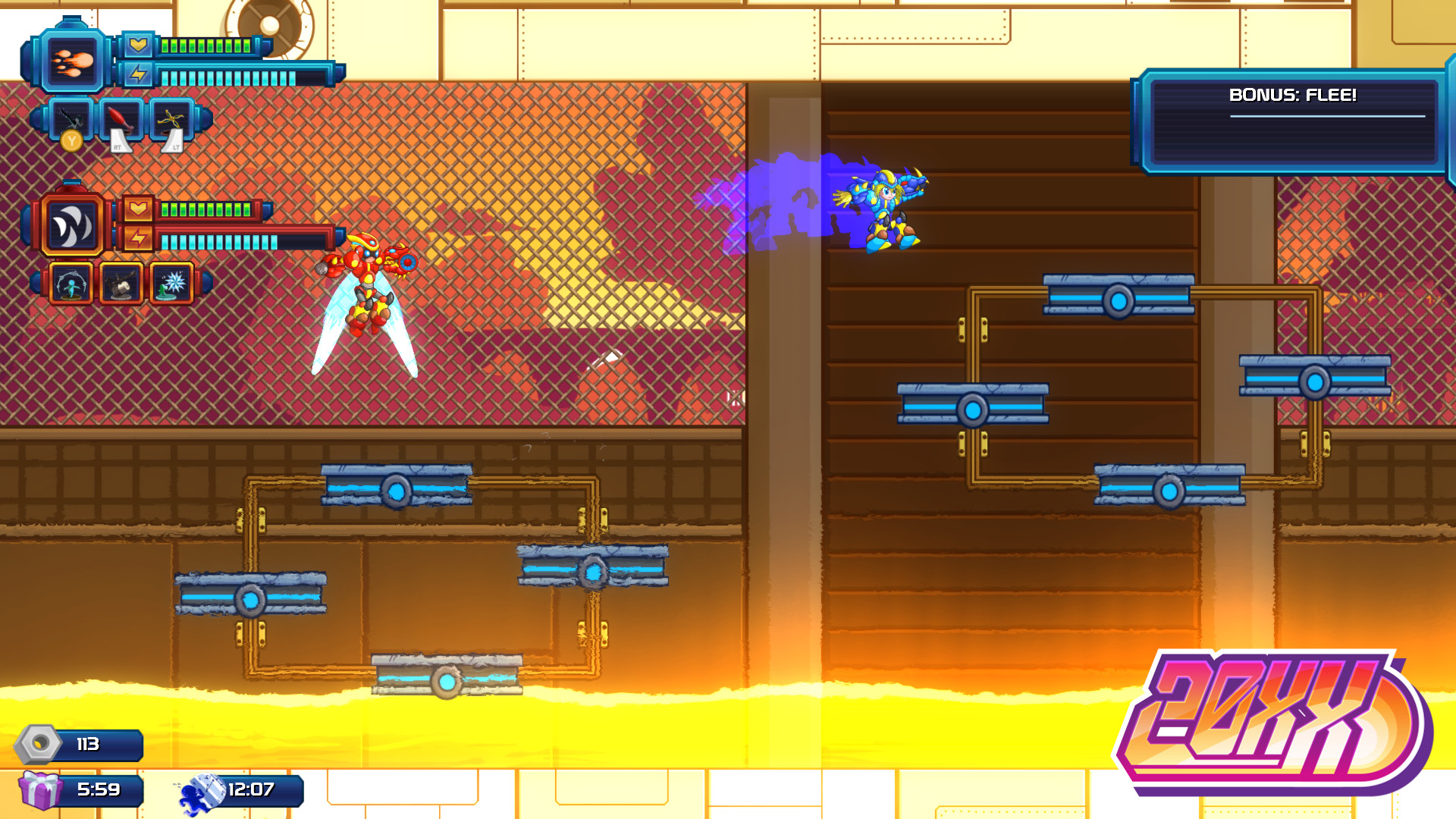 The only problem for this seemingly great setup is the the follow-through. Levels, aside from the intro level, are randomly generated, as is the order of bosses to fight. Beating a boss will not grant you a new ability to use so much as it will unlock new perks or sub-weapons for future runs (much in the same way a lootbox works, only there are no microtransactions to take advantage of you). There are some permanent upgrades you can get like more health or sub-weapon energy, but the currency you collect will all go away if you loses all of your lives, since this is a roguelike where you mostly have to start over. As such, 20XX's level and enemy design is largely uninspired, with little motivation to get better, as the levels are procedurally generated. This leaves you to get by purely on beating the RNG and having skill under ever-changing conditions. 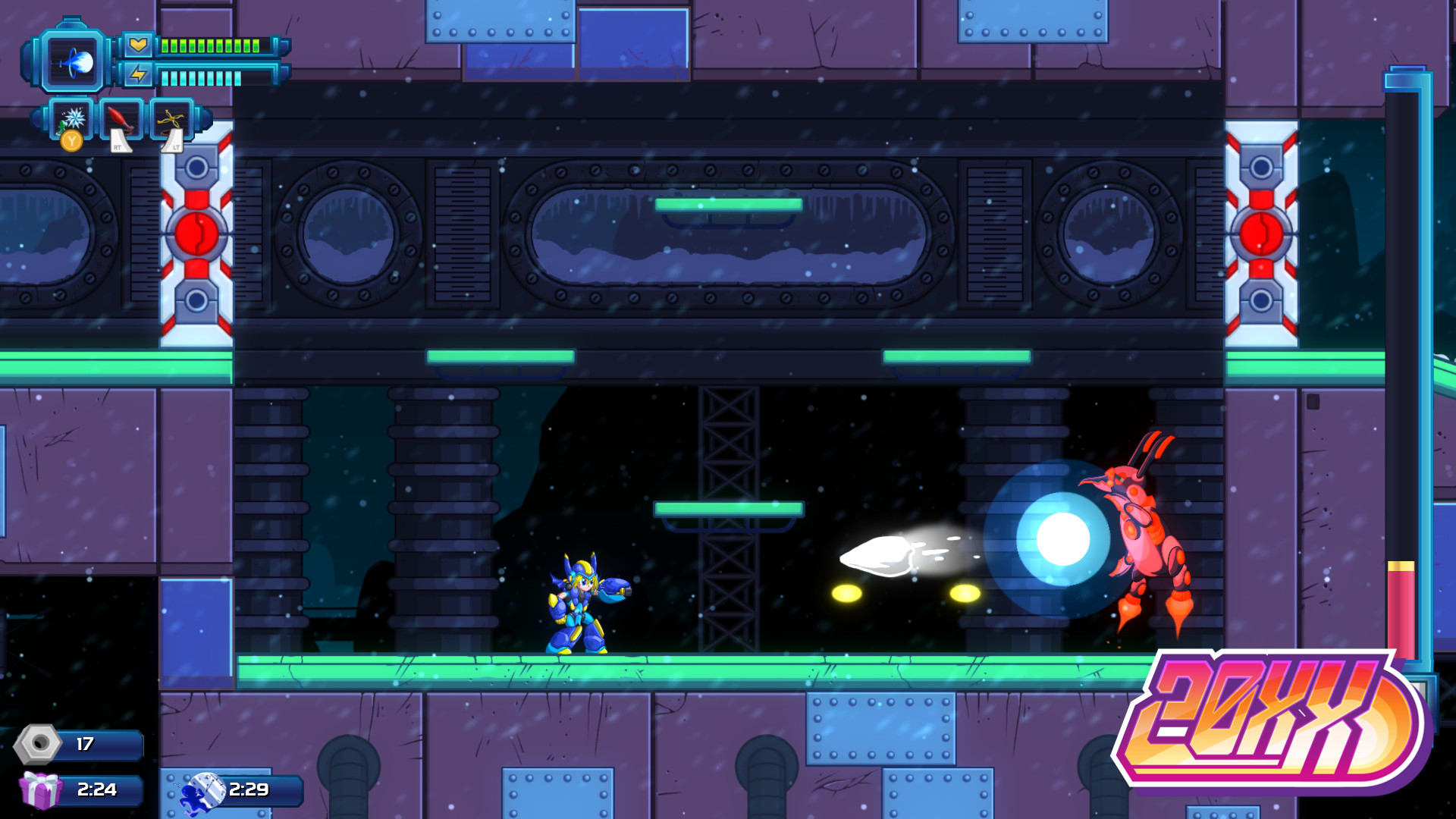 Its art design is well-done, but the style is a bit out of place for a game that supposedly is mimicking Mega Man X/Zero. But there a few other things missing from the game, especially with the Zero-like character. Zero in Mega Man X and Zero had different types of saber attacks, whereas this game just has a basic slash attacks that can't even be comboed. The game just feels lackluster because it's missing things like this and a narrative or tight level design that motivates one to get better and push on.

20XX feels like a Mega Man game that chewed the fat out and just offered a facsimile of its experience, tacking on roguelike elements just because. Oh, there's two play co-op play, so that's interesting to those that care about that sort of thing. Overall, the end result is a game with a limited appeal. It's pretty disappointing in my opinion, so I can't recommend 20XX. 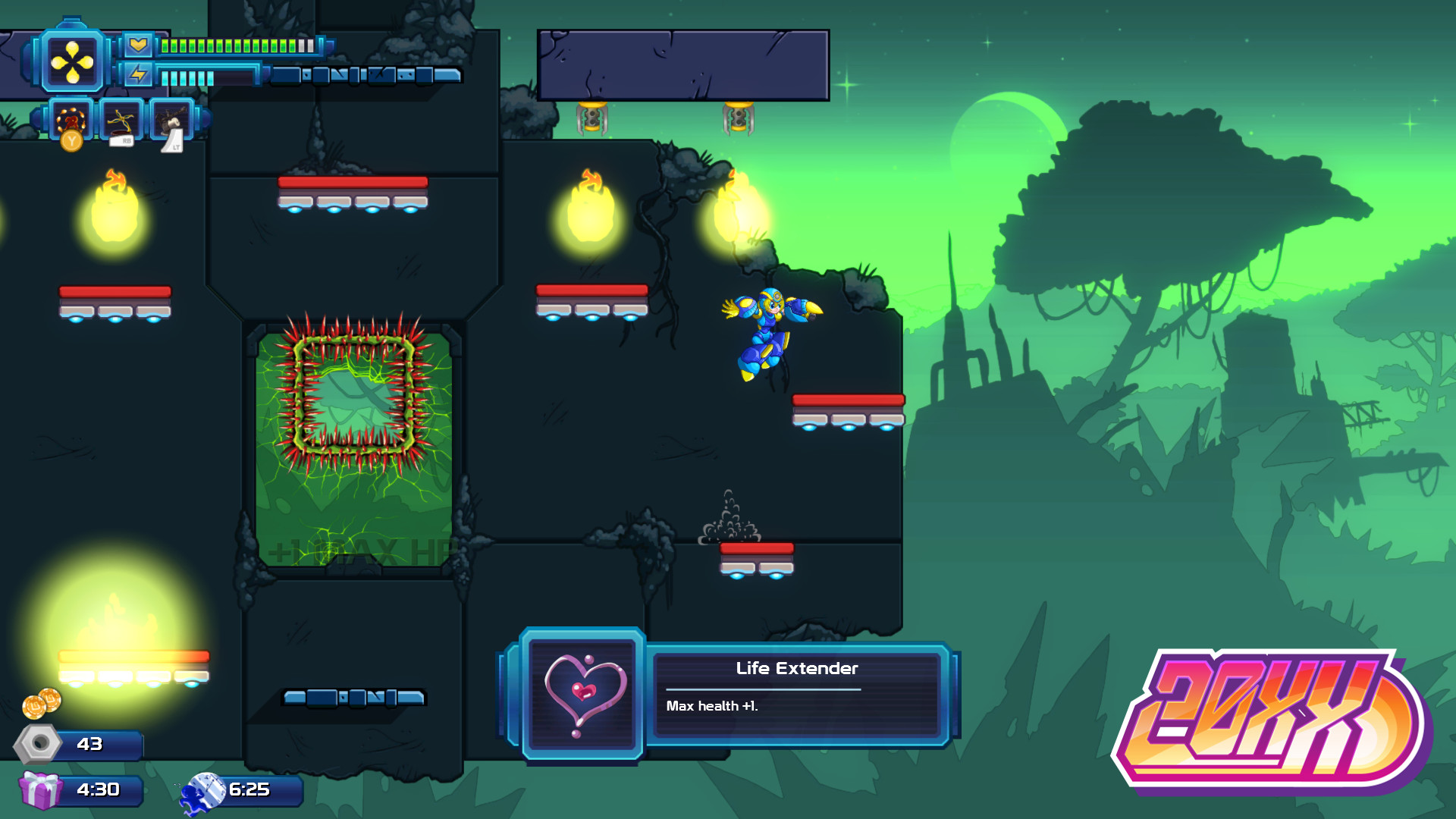 The Good: The gameplay is mostly pretty tight.
The Bad: The procedurally generated roguelike nature of the level design is boring.
The Ugly: The game's art style is pretty garish at times.

SUMMARY: While the game plays well, 20XX lacks the degree of polish seen in the games that clearly inspired it, as well as the lack of motivation to keep going.