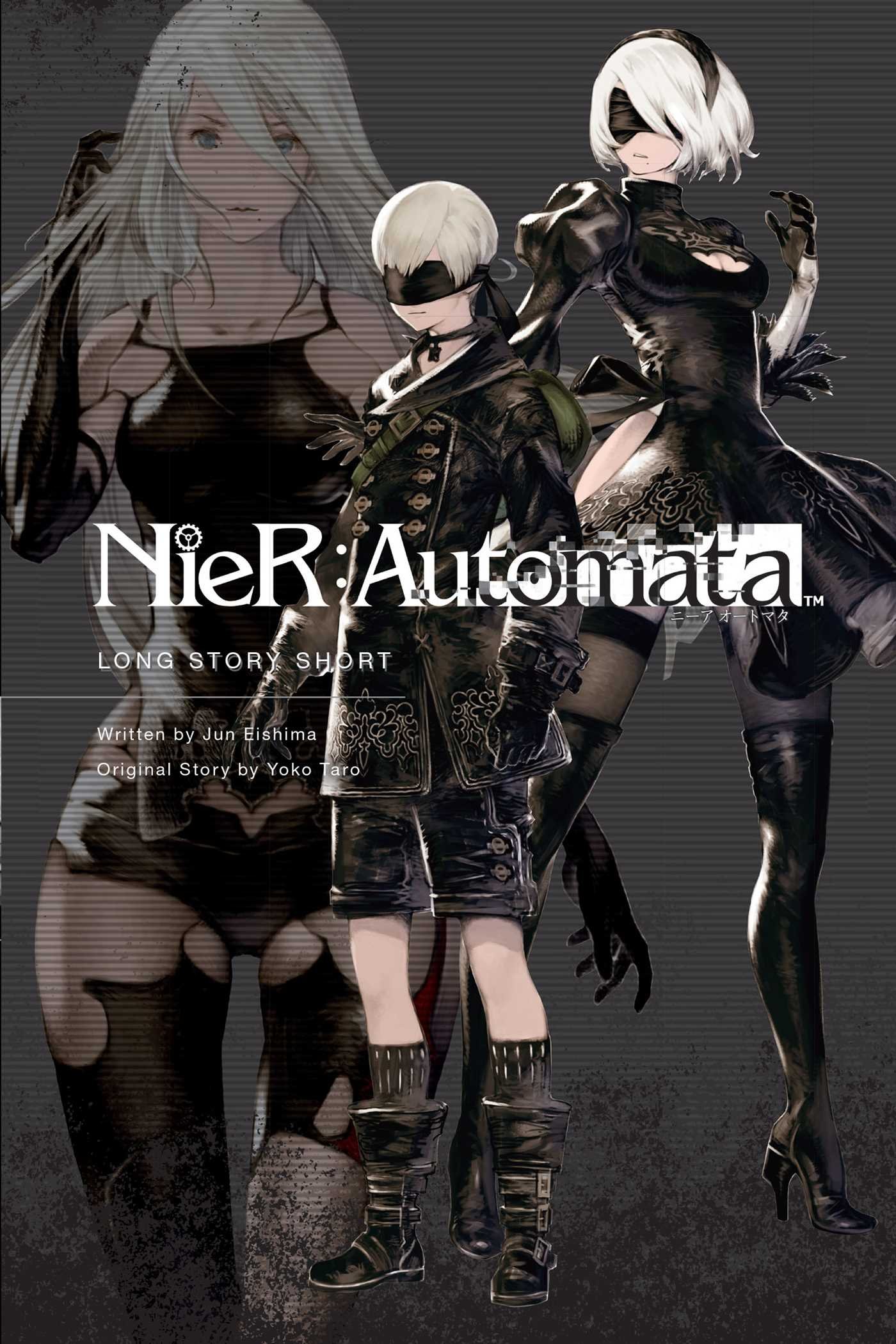 Video game novelizations. Is there ever a phrase that sounded more redundant? Granted there have some some exceptions, with Alan Dean Foster's rendition of LucasArts' The Dig being the shining beacon of how to do it right. But taking an action-oriented video game and transform it into a book form not only seems like a waste of time; it's also -- to be very blunt -- kind of dumb. This realization came to me as I attempted to read Jun Eishima's adaptation of the Square Enix/Platinum Games title NieR:Automata, which takes all the excitement of 2B's adventure and places it high on the shelf where no one can reach it.

Expanding on the game itself, NieR:Automata: Long Story Short places its focus on 2B and 9S while they're in the midst of a war between the last surviving humans and the Machines. As they encounter new allies and enemies throughout their journey, 2B begins to realize that the Machines are expressing emotions that they should not be having. This leads the two androids on a quest for the facts on what's going on, with every realization discovered leading towards a darker truth being uncovered.

Even as someone who has played a good chunk of NieR:Automata, Long Story Short's overall presentation can be very confusing. Attempting to read what was going on alongside the "Another Side" sub-stories forced me to re-read sections of the book as I tried tying everything together. Eishima tries to be deep with its human/machine relationship in a similar fashion as Philip K. Dick, but it comes off more as a bad knockoff of his classic works than anything else.

One other thing Long Story Short slices off from the original game is its visual aesthetics. Witnessing the worlds and surroundings in NieR:Automata, you're treated with the most imaginative treats for your eyes. While the book tries its best, it instead makes the massive machine-filled worlds and haunting creatures you face in the game seem like old hat. Not only does this act as a disservice to Yoko Taro's original vision, but it would turn people off from actually experiencing the game if they've never played it.

Long Story Short suffers from what I like to call Shakespeare Syndrome: it makes more sense to watch it in action than it is to read it on paper. NieR:Automata is an incredibly fun game with deep storytelling aspects and heartfelt emotion. The book version has none of that, feeling more like a skeletal recreation of Taro's creation. Those who have played the game may find a thing or two to like in Eishima's adaptation, but people who have never experienced 2B's journey firsthand will be wracking their brains trying to figure out what the hell is going on! Long story short, whoever uttered the phrase "the book is always better" was an outright liar.