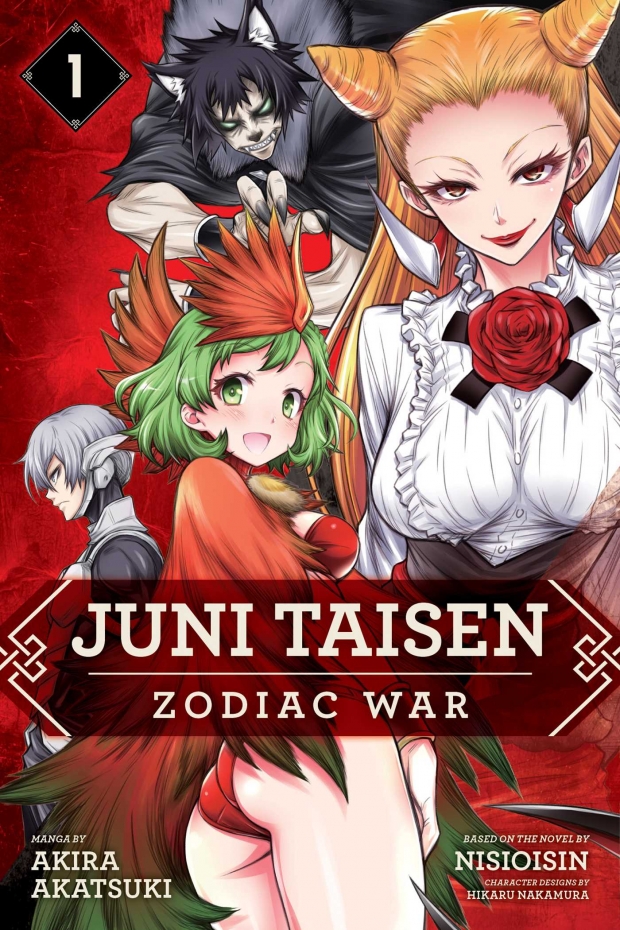 Great stories can be victims of bad adaptations. Ask the likes of Stephen King and Junji Ito, and I am sure they can list every single flaw they've witnessed in their work adaptations. NISIOISIN (Imperfect Girl) may very well be another writer whose great tales can be transformed into half-assed animated counterparts. I bring this up because last year, his story JUNI TAISEN : Zodiac War was adapted into an anime that quickly lost its shock value and excitement. Its problem: one too many plot twists that became a pattern of predictability.

However its manga adaptation, crafted by Akira Akatsuki, seems to take care of these flaws and make them almost nonexistent. This version follows the same story, where twelve combatants based on the Chinese Zodiac are pitted in a fight to the death. They have twelve hours until one fight can be the last one standing. Otherwise, the jewel each of them stalled will unleash a poison that kills all of the survivors. 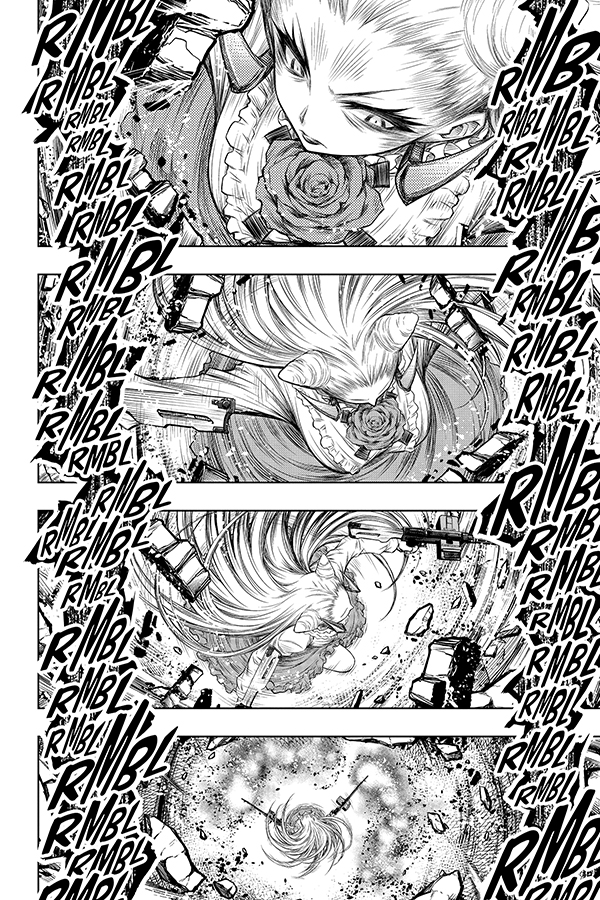 Naturally, some of the fighters attempt to make some sort of alliance with one another, in the hopes of offing the stronger combatants. Of course, the usual backstabbing occurs, with even the cutest-looking of the combatants showing a set of teeth that seemed non-existent. Surprisingly these battles are captured with much more heart-pounding action and detail than what studio Graphinica was able to conjure up. Watching Boar and Rabbit battle it out in a fight of blades and bullets is showcased with much hardcore intensity, to the point where you can legit see the veins popping out of their foreheads. It's gruesome to look at, but it's exactly how such a fight like this should be presented.

One of the other things that makes this adaptation of JUNI TAISEN more enjoyable to read is the elimination of character back stories. This was the thing that held back the anime from achieving a bigger level of greatness, to the point where you could guess who was about to die just by who's tale was being told. Here, while you learn about a character's background, it doesn't take up an entire chapter's time and end with said person biting the dust a few panels later. What Akatsuki does right here is focus on the battle at hand, taking more of a cue from films like Smokin' Aces & John Wick and just getting to the nitty-gritty of the story. 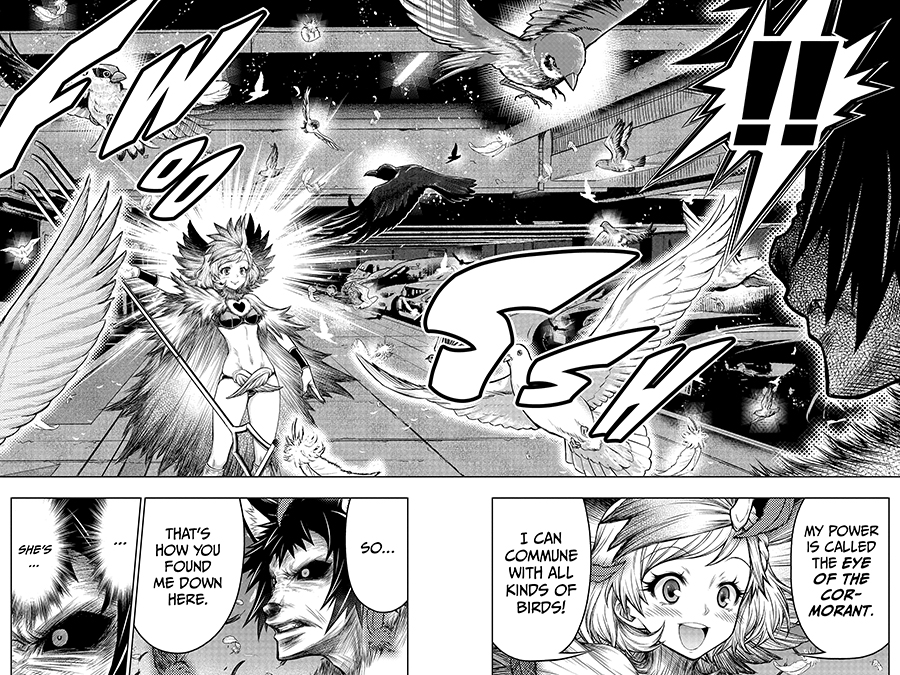 Although the manga version does seem to follow where the anime lead, how JUNI TAISEN : Zodiac War is presented here is all the more better. With stronger character details, a better in-your-face style of fighting presentation, and the long-winded back stories being thrown out the wayside, NISIOISIN's twist on the classic zodiac animals is packed with the fun and heart-pounding action that last year's adaptation was sorely lacking. While it'll be hard to judge how this version will go at this point, JUNI TAISEN's first volume is still worthy enough to clap your hands with glee over.