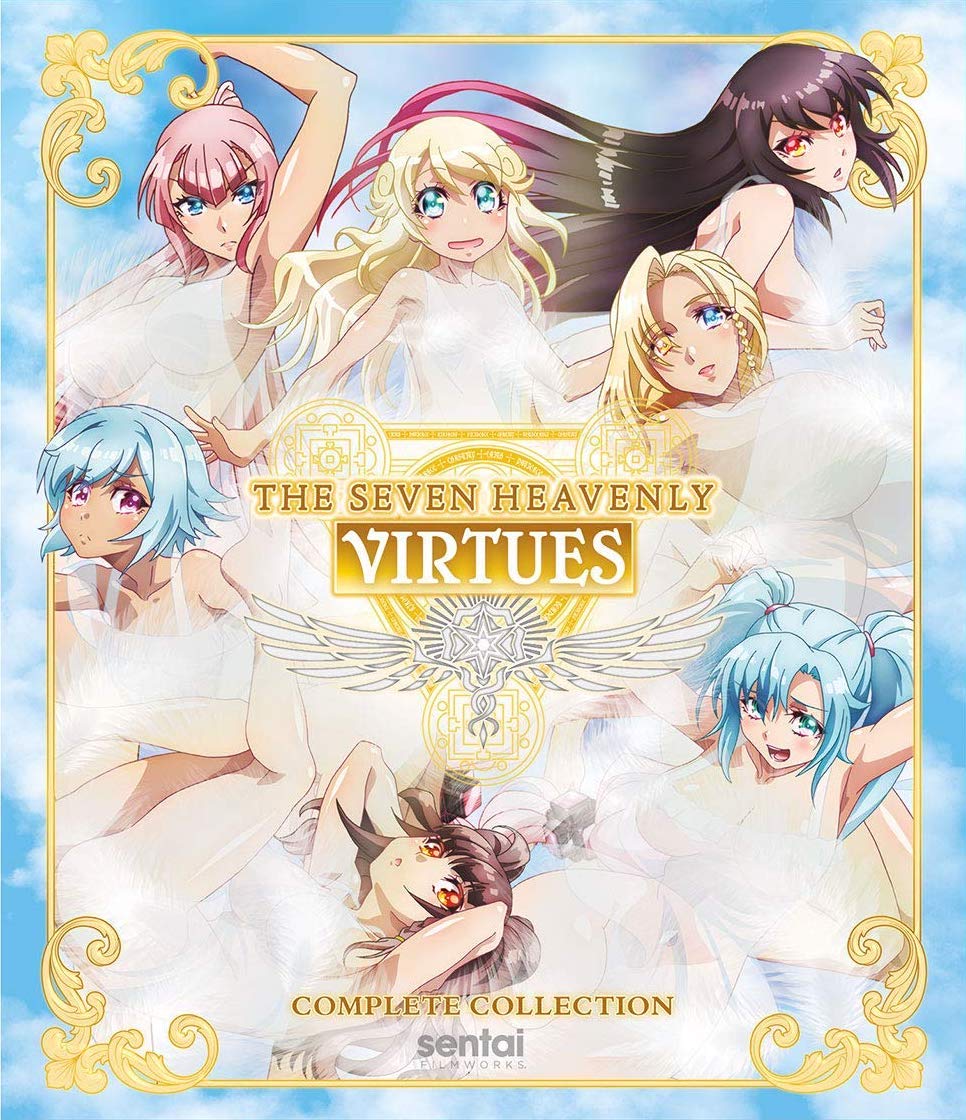 Last year, the anime world cringed over the existence of the series Seven Mortal Sins. Its perverted take on Paradise Lost was not only too serious for its own badness, but it managed to do so without any sense of fun in its presentation. Despite this, Hobby Japan deemed it necessary to craft a spinoff show surroundings the more "wholesome" side of their figurine universe: The Seven Heavenly Virtues.

While the demonic gals of Seven Mortal Sins are raising all sorts of Hell on Earth, the gang from Heaven separate to seek out a Messiah to save humanity once and for all. Of course, it becomes very apparent that none of the seven angels are good at finding the right man for the job. Michael (Yumi Uchiyama/Kucky Long) can't help herself to her choice's omelet recipe; Sandalphon (Shiori Izawa/Rachael Messer) gets too deep into an inventing craze; Raphael (Lynn/Courtney Lamelo) has an overpowering sweet tooth; and Metatron (Ari Ozawa/Brittney Karbowski) is too much of a sadist. It also doesn't help that they can't keep themselves decently covered when in public, because of course that happens! 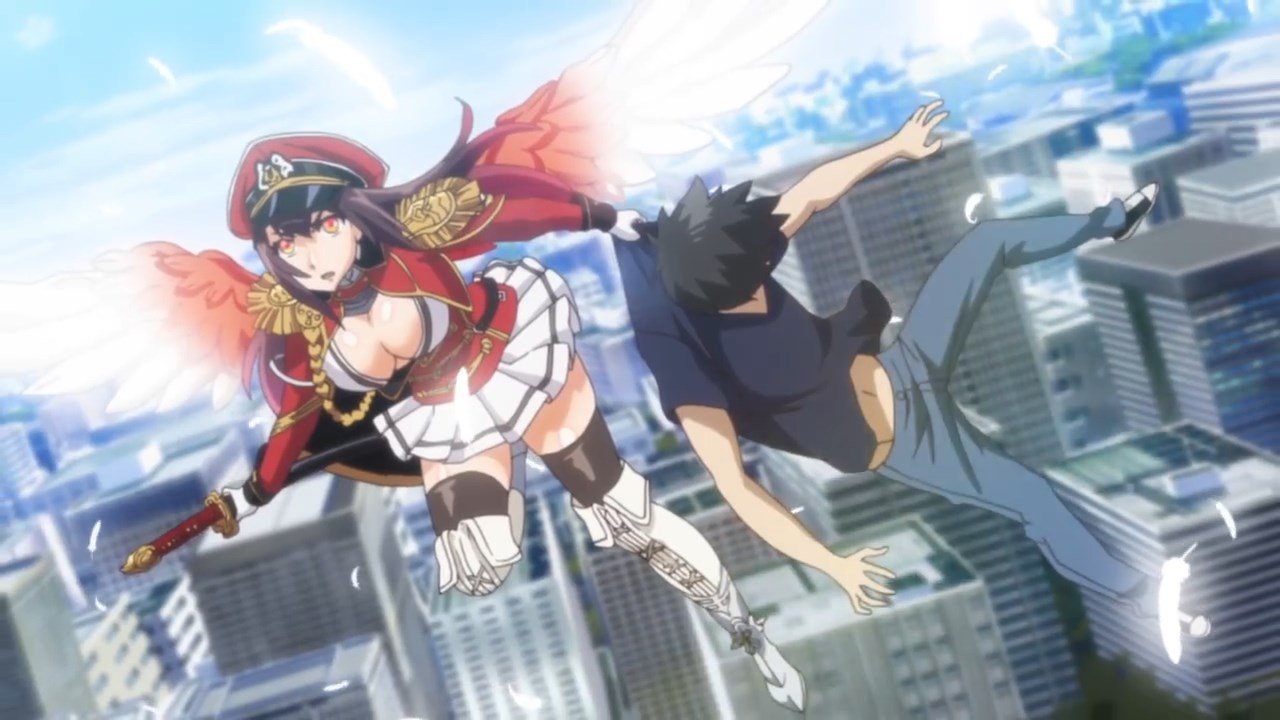 First the good news: each episode of The Seven Heavenly Virtues only lasts about four minutes, minus the end credits segment. This gets rid of all the fluff and faux tension that the previous series attempted (and failed) to create. Instead, the series does something that Seven Mortal Sins should've attempted: go for the laughs. Surprisingly, there's actually a few good gags here and there that make the show almost entertaining.

This anime knows what kind of product it is, and it doesn't try to defend its actions and the naughtiness it presents. Practically every scenario that these seven angels are placed in results in the most hard R-rated reactions imaginable. From the way Sariel (Sakura Nakamura/Avery Smithhart) coddles her candidate and Patience (Asami Seto/Kira-Vincent Davis) almost masochistically punishing herself for watching over her choice to both Metatron and Sandalphon using some risqué devices on their Messiahs, the situations practically lead up to some ecchi outcome. (To be fair, Raphael's story actually has a far nicer ending than it deserves to have.) 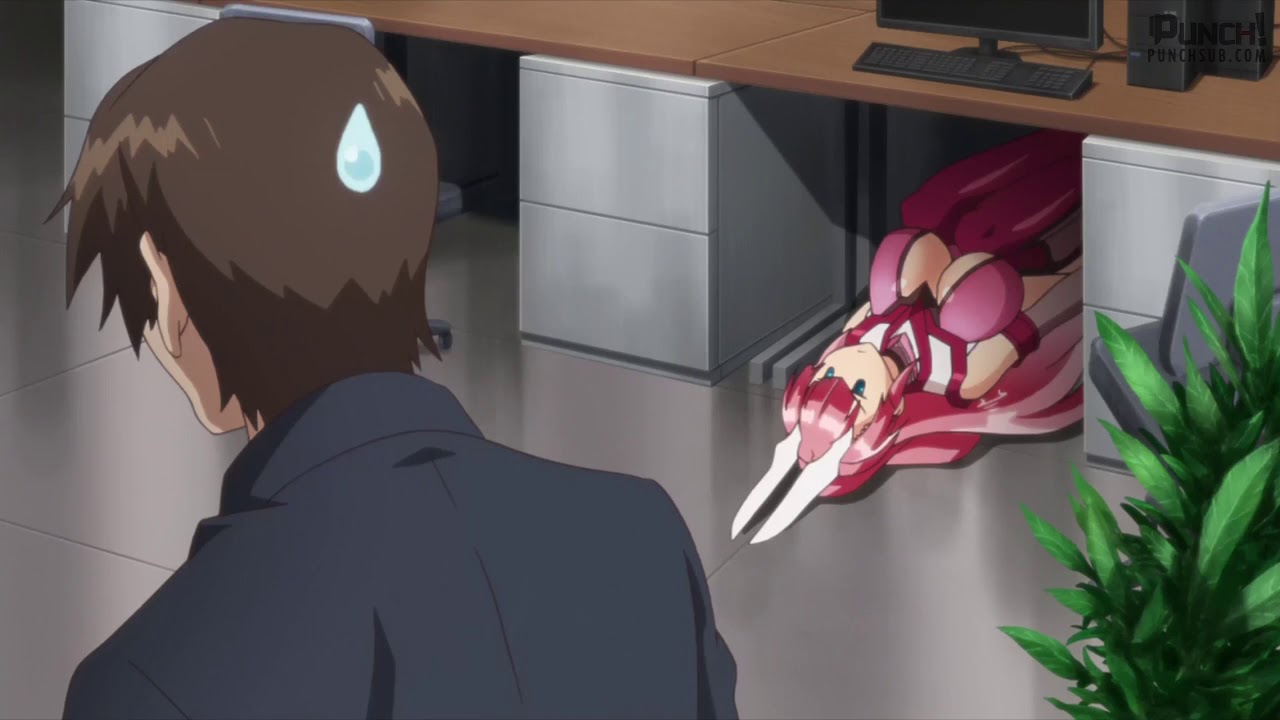 I'll admit: I laughed quite a few times watching The Seven Heavenly Virtues. Sometimes it was because a gag was legitimately funny; other times it was because the show's overall "plot" was just so bad that chuckling at it was the only responsible reaction. But this series is not good by any means; rather, it's just a tiny fan-service filler until something better comes along. Nevertheless, there are some snicker-worthy moments this show had. 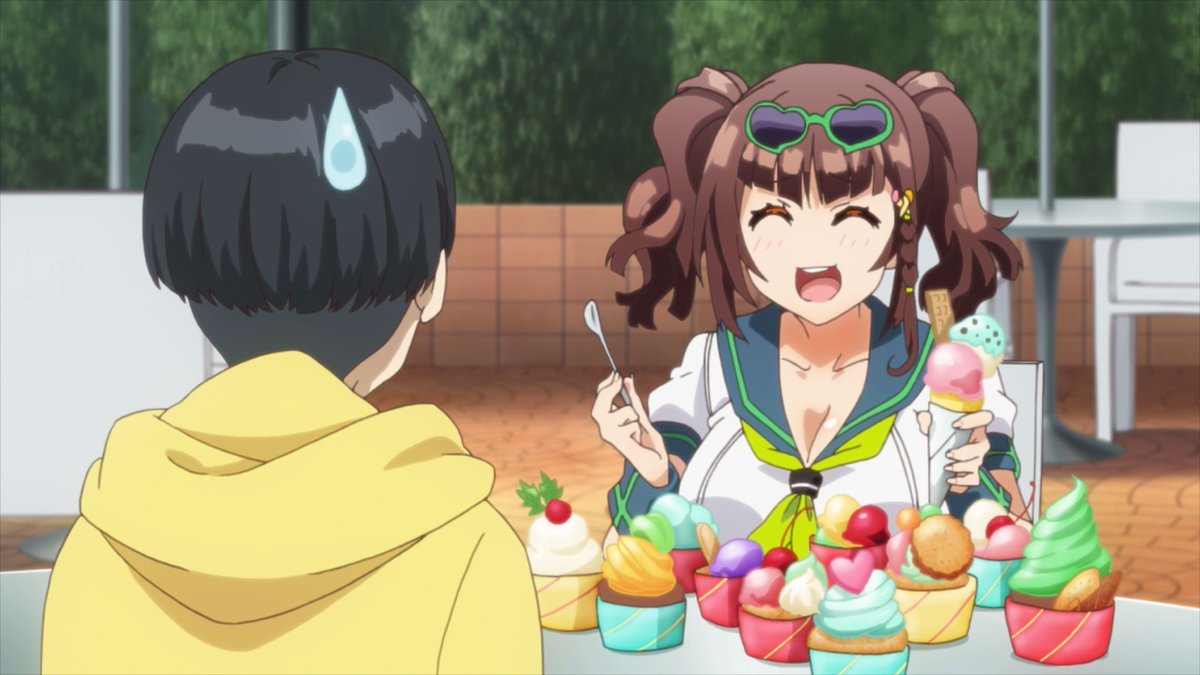 Perhaps the show's one saving grace is its voice cast. The Japanese dub seemed more focused on having the characters sound cute and warmhearted, even when placed in much naughtier situations. On the other hand, Sentai Filmworks' English dub knew exactly what was to be entailed, which led the mostly-female cast to get a little bit sillier with their dialogue than their Japanese counterparts. As a result, the English version winds up being a whole lot more enjoyable to experience over the original one.

As The Seven Heavenly Virtues wasn't the popular show, the amount of extras on the Blu-Ray release are somewhat bare bones. Two bonus OVA episodes are tagged on at the end of the TV run, giving way to some Messiah-training hijinks and the inevitable swimsuit episode. Other than that, there's just the usual clean closing animations and a selection of trailers from other Sentai Filmworks releases.

The Seven Heavently Virtues is a huge improvement over Seven Mortal Sins, but that still doesn't say much. With that being said, it can be funny when it wants to be and delivers on what it was itching to achieve. Despite it being a spinoff of an awful series, it winds up being a bit more entertaining than it ever deserves to be. However, that only makes The Seven Heavenly Virtues an okay viewing, not a great one. Just be sure you take a cold shower after marathoning through it...