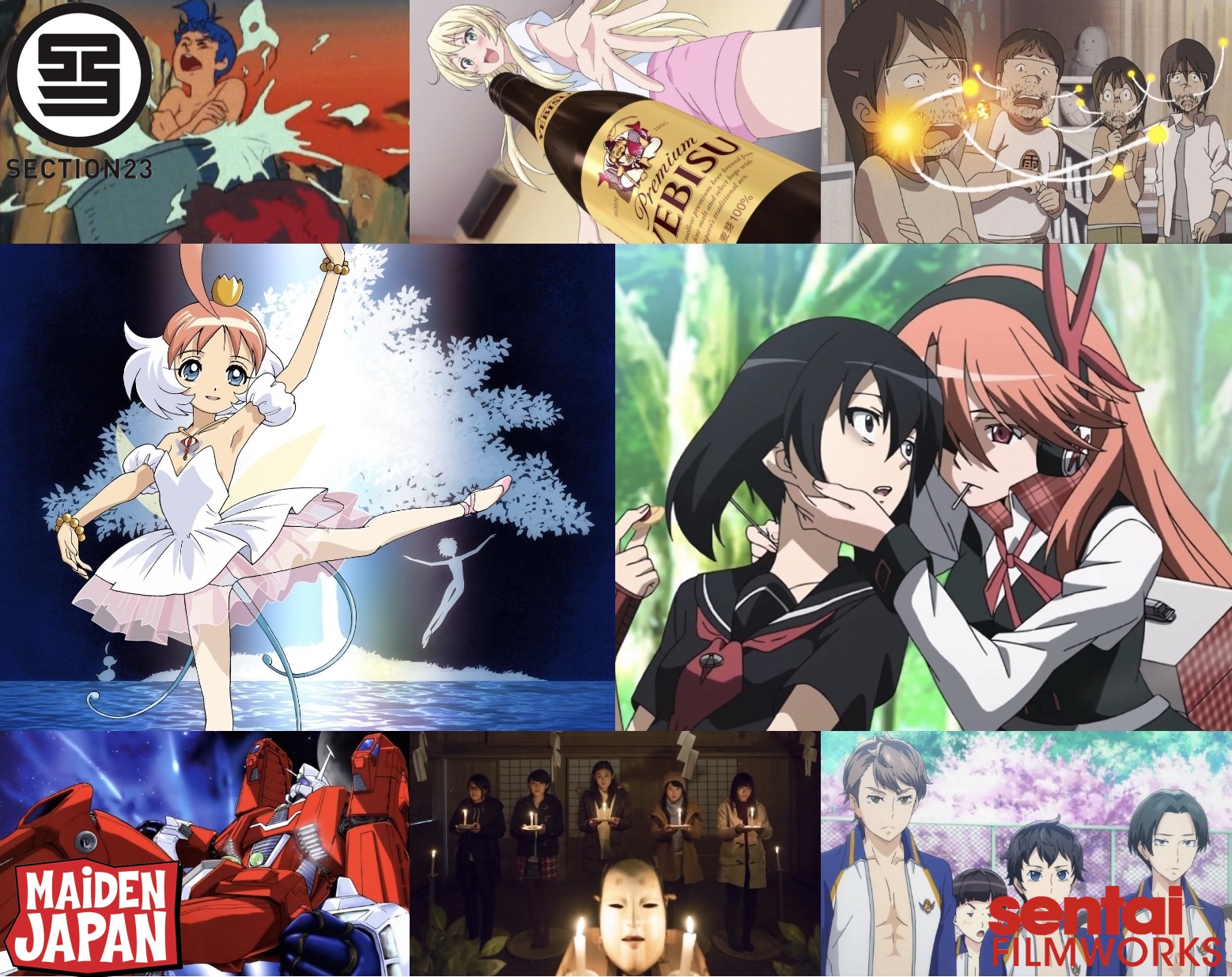 The holidays get into full swing this December via Section23 Films, with the return of a certain ballet-inspired tale that will have anime fans screaming with joy! 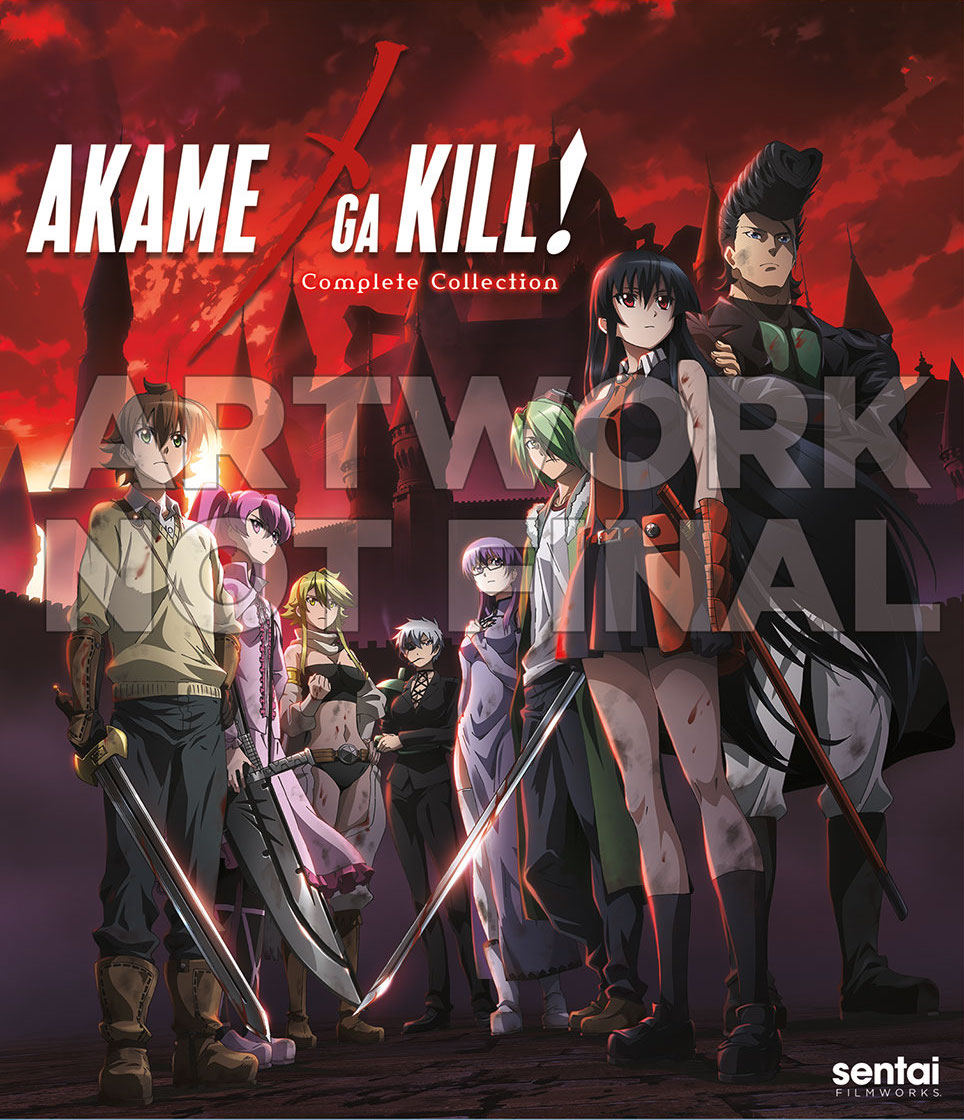 December 4th unleashes the Complete Collection edition of the action series Akame ga Kill! When Tatsumi sets off for the Capital, it was with fantasies of earning riches for his poverty-stricken hometown. Instead, his friends were murdered and Tatsumi finds himself at the center of a bloody revolution. With an evil Prime Minister, the Secret Police, and the armies of an Empire on one side, and the elite assassins known as Night Raid and a handful of rebels on the other, it might sound like an impossible battle for Tatsumi's new allies to win. However the playing field is leveled with the addition of a legendary set of unstoppable weapons, the Imperial Arms! 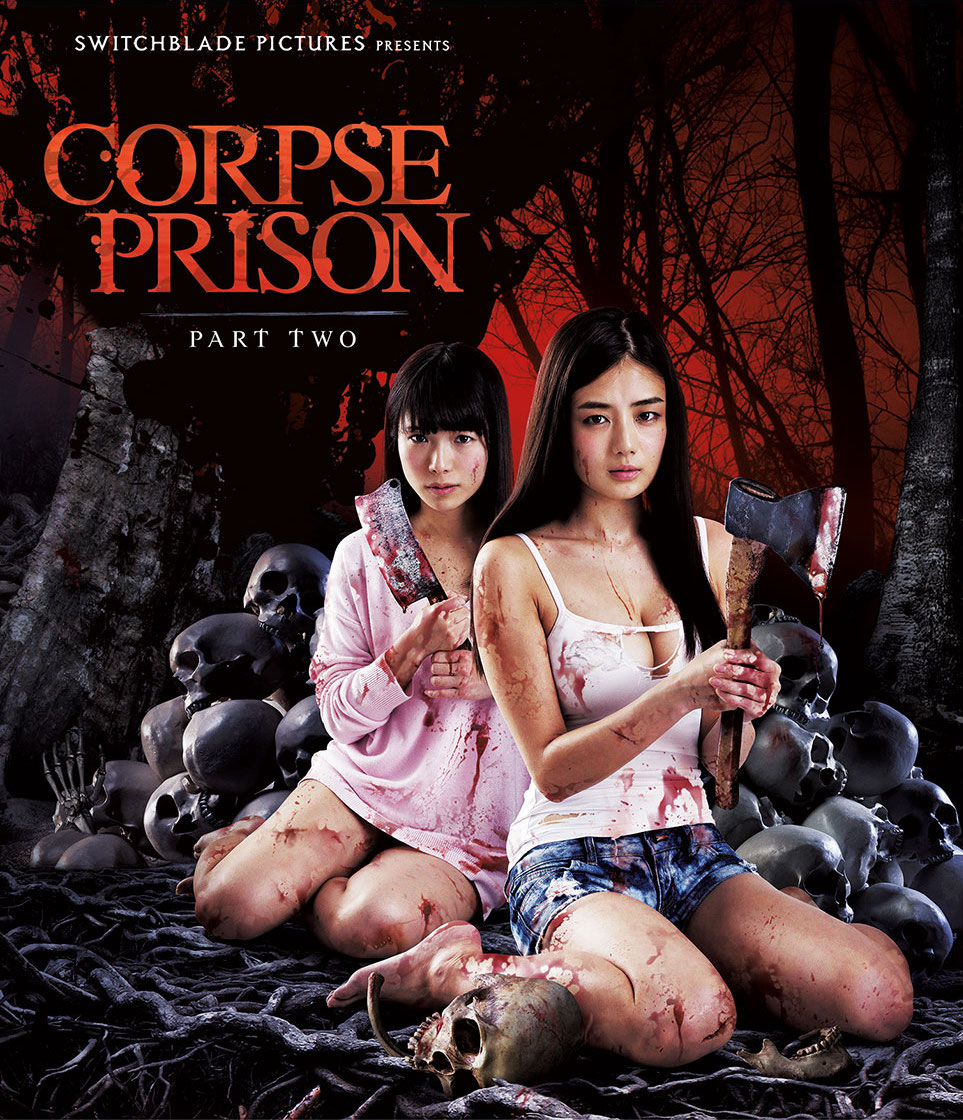 It may be the Christmas season, but the snow is drenched in blood with the December 4th release of Switchblade Pictures' Corpse Prison 2! They thought they were coming to study a mysterious town hidden in the mountains of Japan. Instead, they've discovered that their Professor brought them to Yasaka for a much darker purpose. Now Mikoto and the other girls are trapped in a monstrous nightmare. As the villagers become increasingly more insane, the college students find themselves at the center of arcane rituals focused on blood and rotting flesh. Their only chance is to escape, but their captors are far too numerous and know the lay of the local land far too well. The horror continues as the second feature film based on the Muroi Masane's hit online horror manga Shishugoku builds to its bloodcurdling conclusion! 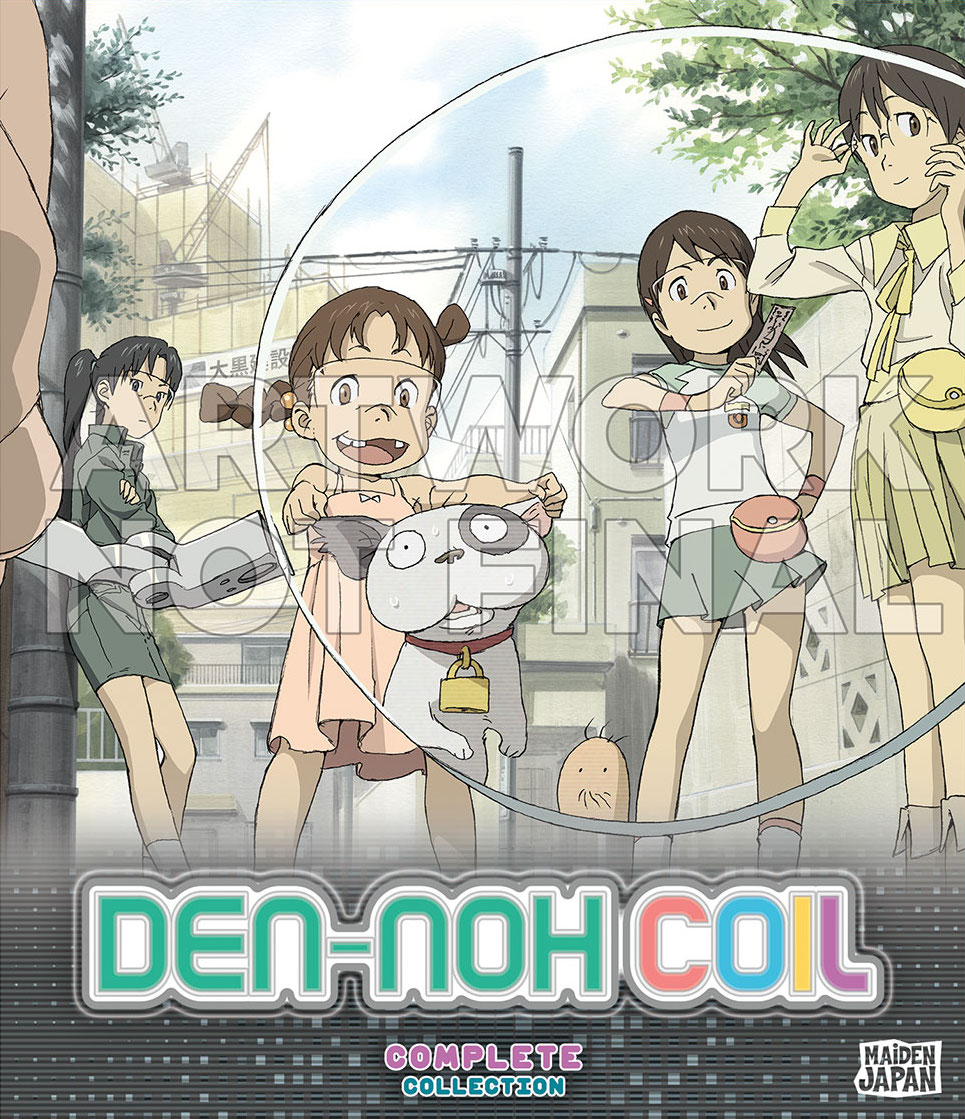 To finish off the December 4th trifecta release launch is the complete collection of Den-Noh Coil! When Yuko "Yasako" Okonogi wears her digitally-augmented glasses to view e-space, she sees an amazing series of images, information and programs laid on top of the "real" world around her. But when her family moves to Daikoku City, Yasako discovers that the e-space has a dark side as well. Her new classmates are involved in e-hacking, and the urban legends about dangerous entities hidden in the programming become much more believable when she learns that one of their friends might have died chasing one. Scariest of all, Yasako soon realizes that she has missing memories! Did something happen to her? And did it happen in our world or one that shouldn't even exist? 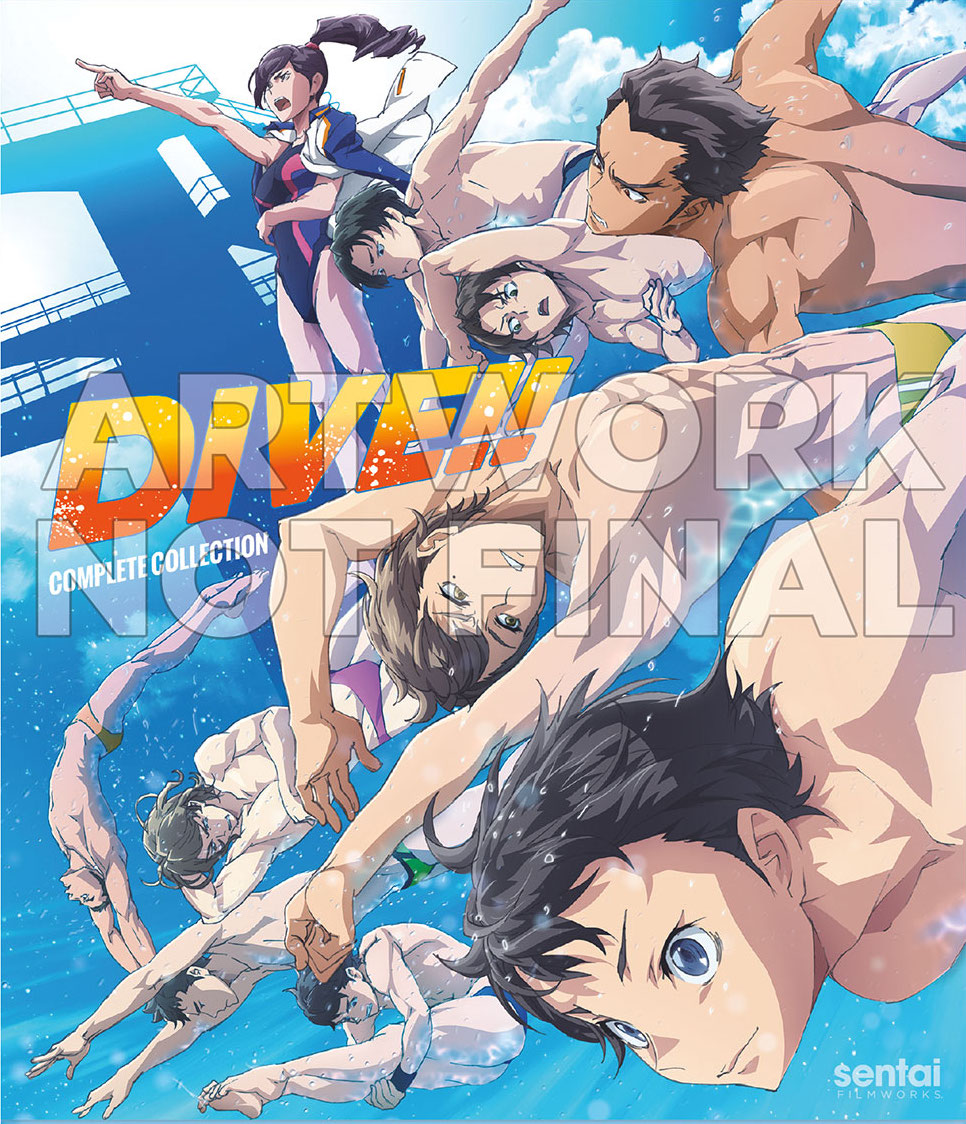 Hit the pool on December 11th with the release of the noitamiA series Dive!! Tomoko Sakai has loved the sport of diving since he was a child, and there's no place he'd rather be than the high board at the Mizuki Diving Club. Unfortunately, the MDC's having hard time staying afloat financially and there's a sinking certainty that the club is about to drown in a sea of its own debt. Fiery female coach Kayoko Asaki has a bold plan to throw the club a lifeline, but it's going to require achieving something that's almost impossible: get one of the club's members on the National team for the next Olympics! Can this struggling group of young athletes pool their talents in time to resuscitate their club, or will they make the ultimate belly flop? 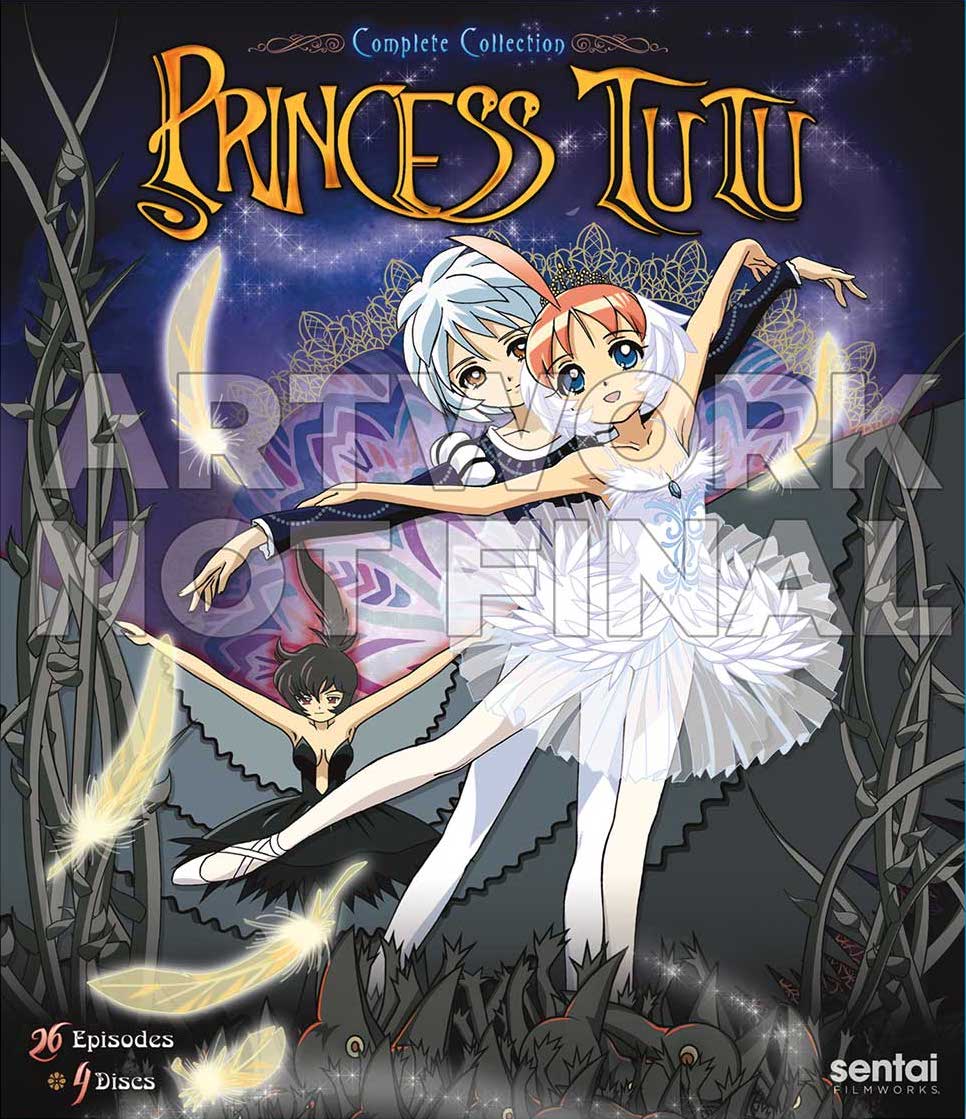 Get your tights and tutus ready, for December 11th also brings forth the return of the beloved series Princess Tutu! Once there was a writer, a creator of tales, who was blessed with the ability to bring his stories to life. But when the writer dies before his story is finished, what becomes of the characters left behind? For the girl known as Duck, the world changed when an old man gave her a pendant that transformed the duck that she was into a young girl. Now she must gather the shards of a shattered Prince's heart and finish the story of the Prince and the Raven. But that will require Duck to make a sacrifice of her own? 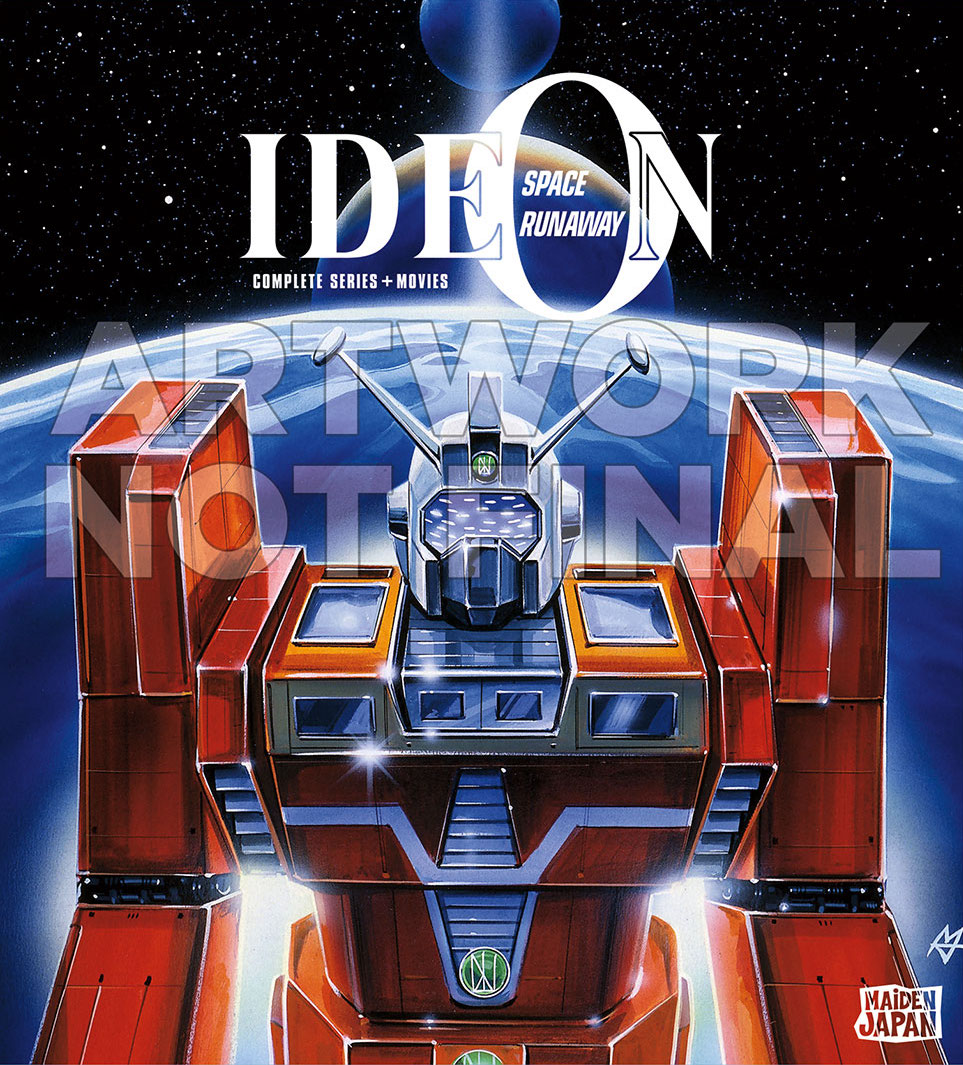 If the world of ballet isn't your thing, Maiden Japan has the solution for you: giant robots, in the form of the December 11th release of Space Runaway Ideon! When Earth archaeologists on the planet Solo dig up a set of strange vehicles, they have no idea that they've unearthed something that will change the course of mankind. Even more shocking is the discovery that a SECOND human race called the Buff Clan is also seeking the mechs! A deadly competition ensues as the two races battle to secure the secrets of what the Buff Clan calls the "Ide". While the fight initially favors the Buff Clan, everything changes when young Cosmo Yuki and his friends accidentally power up the ancient machines that form the most powerful robot the universe has ever seen! But even with the Ideon defending them, the return to Earth won't be easy, and there's a long hard journey filled with combat and sacrifice ahead for our heroes... 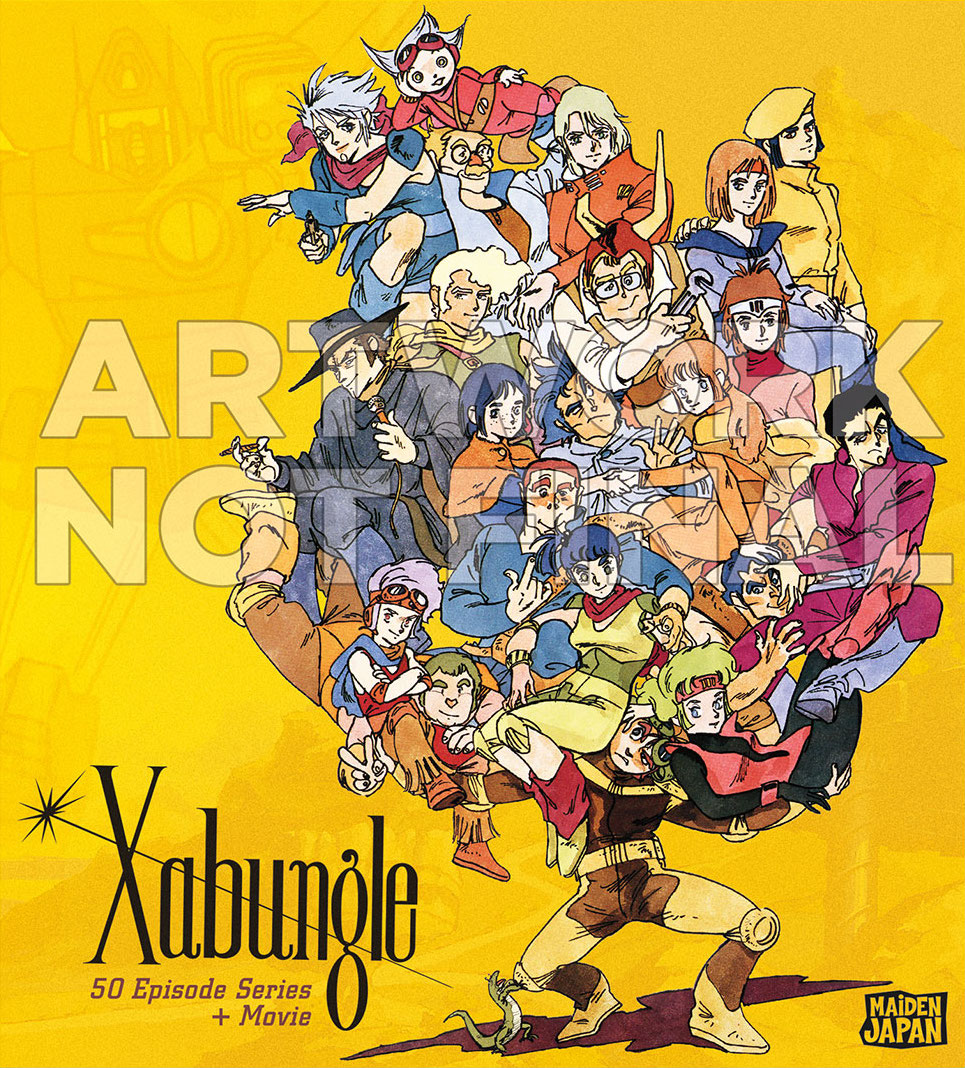 The classics continue with the December 18th release of the cult comedy hit Xabungle! On the planet Zola, the statute of limitations for any crime is just three days, so when Jiron Amos' family is murdered and he fails to catch their killer before he receives full immunity, Jiron snaps and continues to pursue his quest for revenge; even though that now makes HIM the lawbreaker! With the help of desert drifter Rag and her gang of Sand Rats, Jiron soon finds the opportunity to steal the perfect weapon for his quest: a giant robot called the Xabungle. Taking the Xabungle, however, entangles our heroes with culture-obsessed rich girl Elchi Cargo, the highly dysfunctional crew of the giant land ship Iron Gear, a bevy of chorus girls, gun-toting toddlers, a Man with No Name named Timp, and an insanely escalating series of increasingly strange plot twists in the weirdest, wildest and most hilarious parody of outer space westerns ever animated! 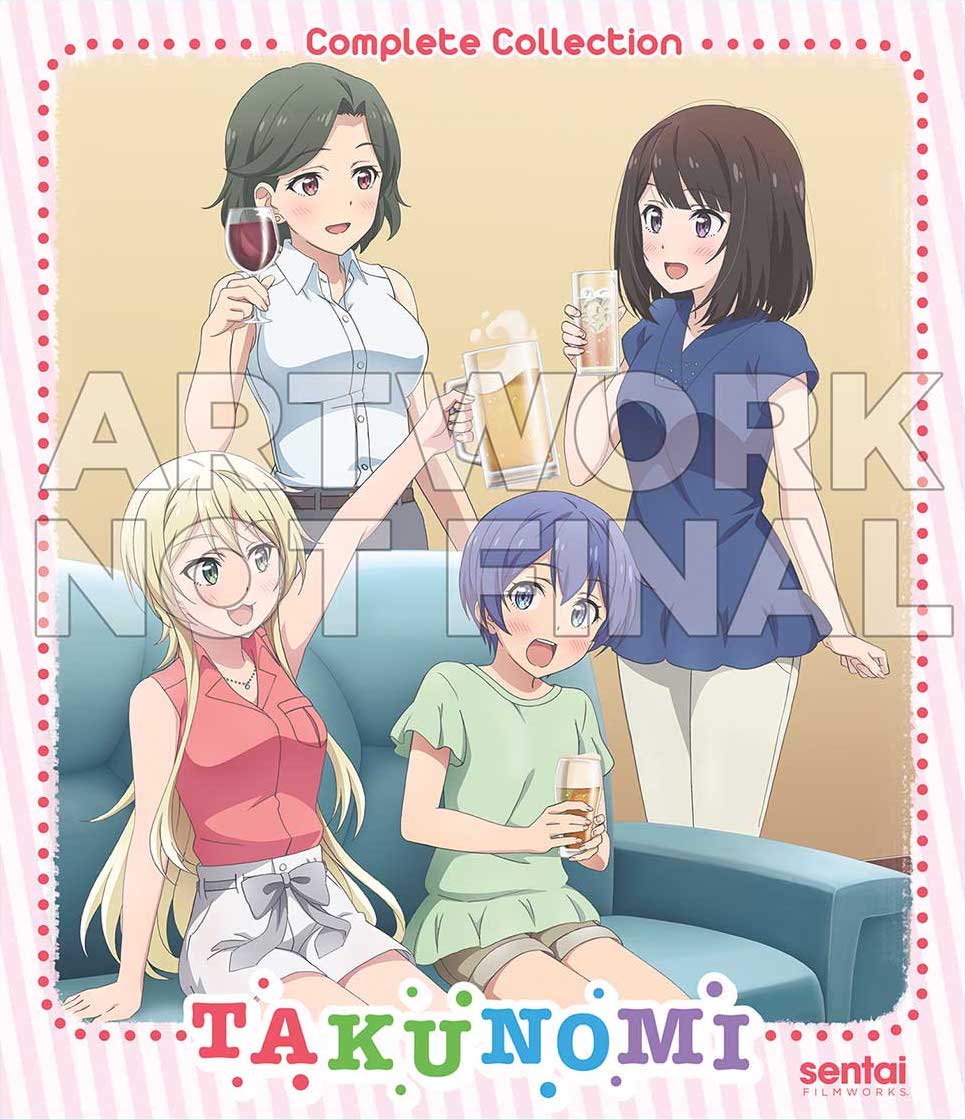 With all these anime cult hits and classics heading our way in December, it'll be good to have just one last show served up with a nice cold brewski. That's where the December 18th release of Takunomi comes in! When Michiru Amatsuki moves to Tokyo from Okayama, she knows that it will take a while to acclimate to the hustle and bustle of the big city. Fortunately, though, she always has a place to go when things get a little too hectic. That's because Michiru was lucky enough to move into Stella House Haruno, a women's-only shared apartment where the companionship and conversation are always flowing and the tradition of having a little drink after work has evolved into an ongoing study of alcoholic beverages in all their many varied flavors and fermentations. Whether the subject is cocktails, nightcaps, or just a little wine session, every day is a new libation as Michiru, Nao, Makoto and Kae pull up the comfy chairs of the best place to lounge in town!