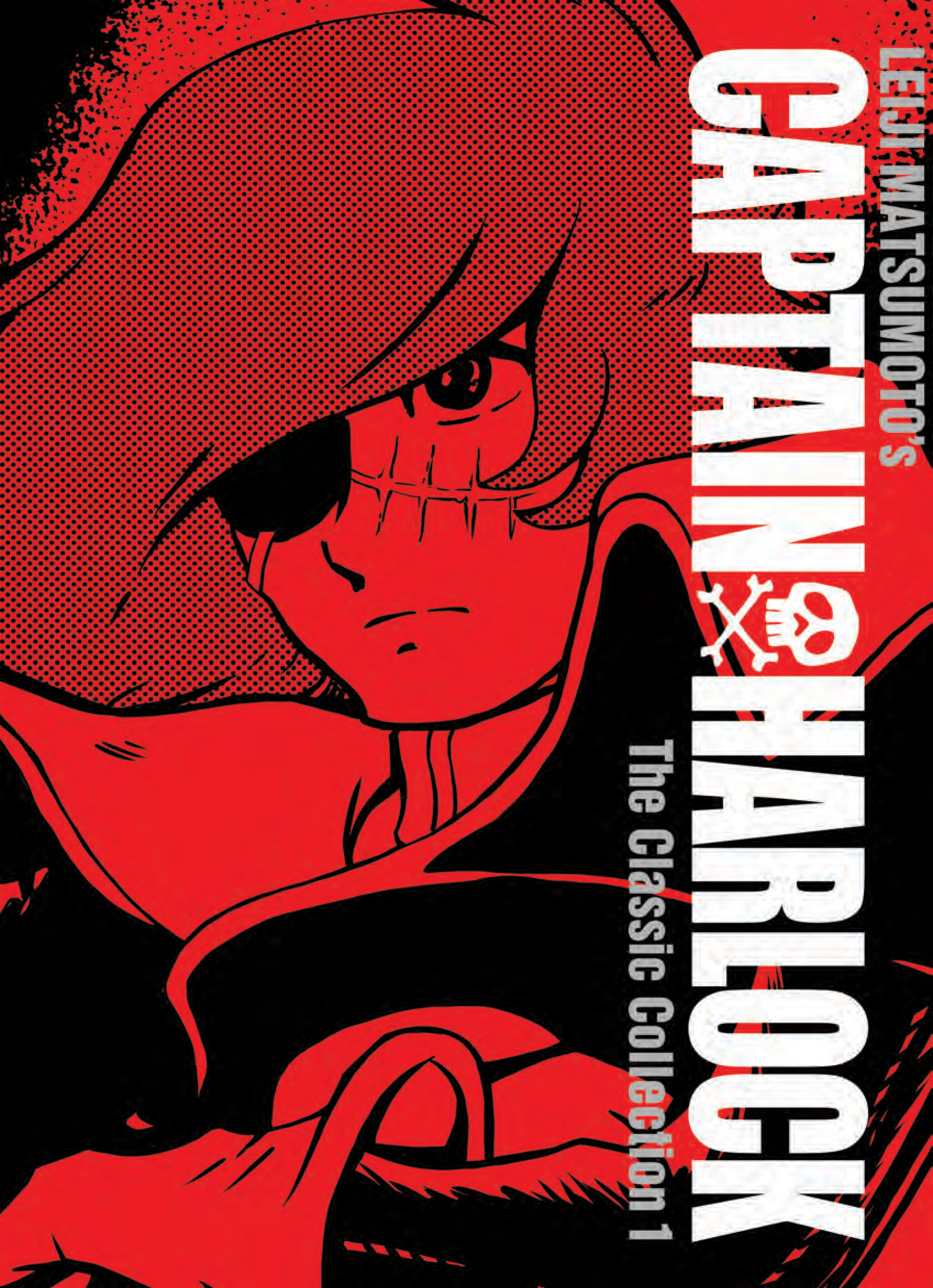 There's a reason why Captain Harlock is considered Leiji Matsumoto's most beloved character. From manga and anime to CGI-created films and stage productions, the universe's greatest space pirate has conquered just about every form of entertainment imaginable. (He's also planted a flag in the punk world, with Danzig wearing his famous skull & bones emblem during many a Misfits gig.) Of course, his adventures had to begin somewhere, and with the aid of Seven Seas Entertainment, the Arcadia has set its sight on the English-speaking world with the release of Captain Harlock: The Classic Collection!

Taking place in the year 2977, Captain Harlock has humanity in a never-ending battle to survive against other galactic beings (specifically, a race dubbed the Mazons). After taking a young teen named Tadashi onboard, Harlock and the crew of the Arcadia set their coordinates to seek the hows and whys of these paper-like alien beings. Soon it becomes apparent to Tadashi that the nonstop wars that occur are very much akin to what he bore witness to on Earth, with the battle to survive playing a common theme in the battles he faced back then and faces now. As they traverse through the galaxy seeking answers, Captain Harlock makes it his mission to do what's right for the sake of the feelings deep in his heart. 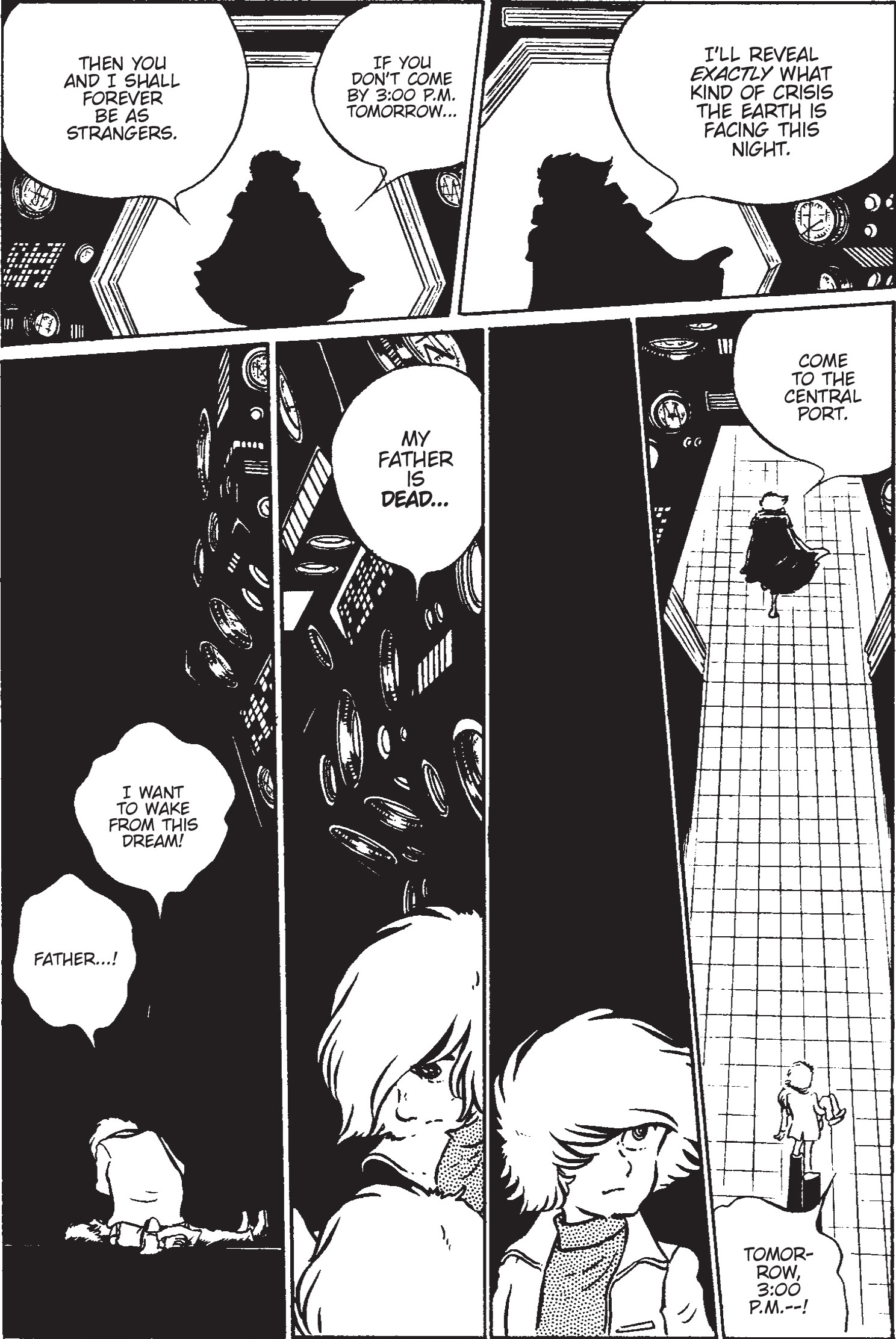 It's easy to see why Captain Harlock has had the massive following both in and out of Japan. The fights, the beauty, and even the speeches given by many of the characters are some of the most heartfelt and carefully crafted that the era of manga in the 70s was able to deliver. Matsumoto's trademark visual style is showcased here with vivid personality and uniqueness, the kind that lets you easily embrace the vast universe that he has created. Even at its most goofy-looking -- especially when it comes to Harlock's beloved bird Tori -- there's a bolt of love placed into every panel drawn by Matsumoto and the team from Studio Nue.

When it comes to the storyline, it's fortunate that these tales of futuristic space adventures have aged like a great wine. Despite the multitude of technological advancements that have been made since its creation, nothing about the original Captain Harlock feels old or out of place in the present day. Dare I say, even the mentalities of our heroes and villains still strike a chord when the manga's brain is given the chance to shine. The morals and values about being brave and taking risky chances for the betterment of both one's self and the world around them are just as true today as they were back then. 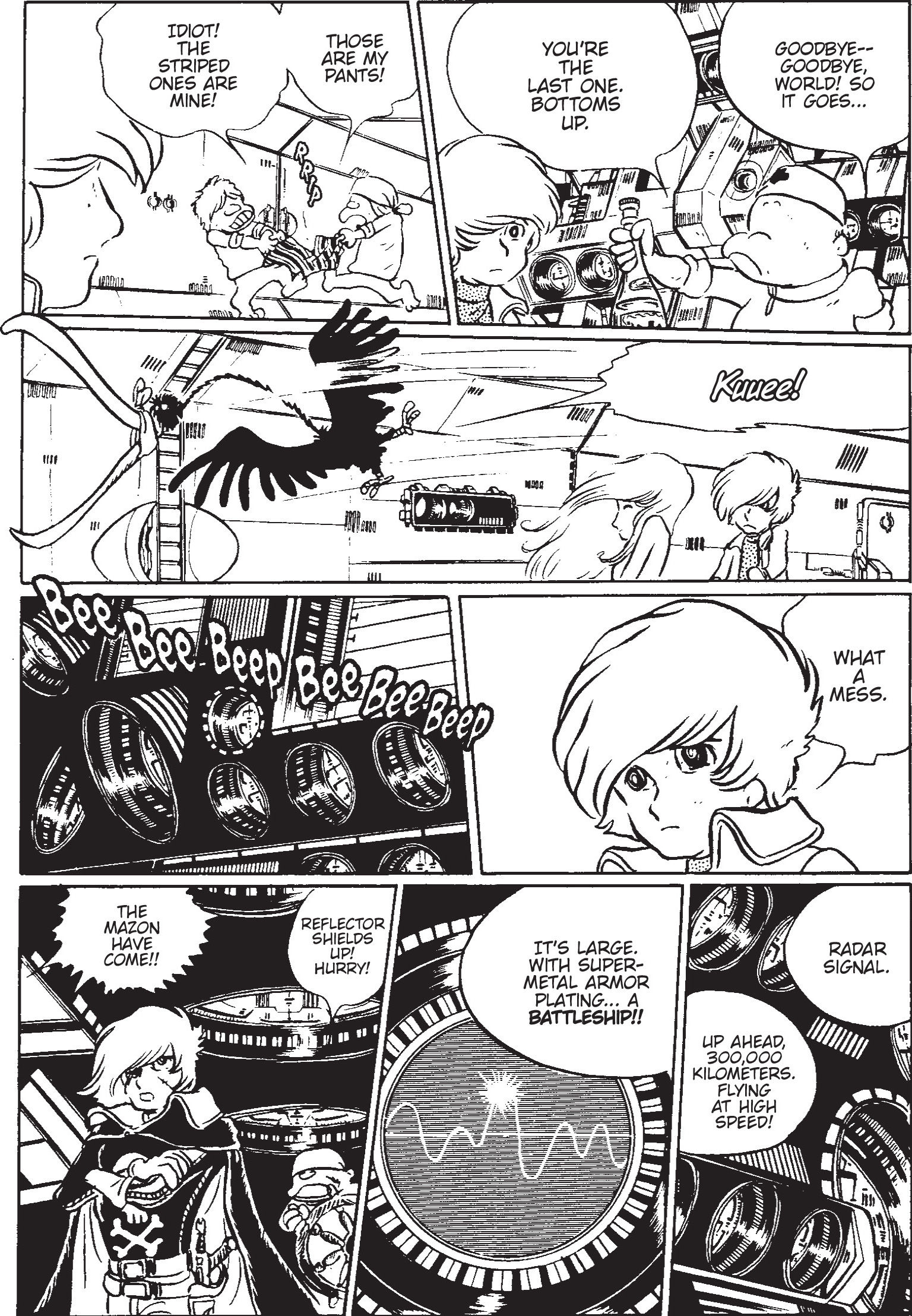 Of course, Matsumoto is an expert when it comes to romanticizing space battles and the greatest of tragedies. However, what makes his style of writing stand out is that it never reaches a "wishy-washy" level with its emotions. You get why Tadashi wants to take out the Mazons; you understand the importance of Harlock's deceased best friend and why it pushes him towards doing the right things in life; and you especially take heed of the crew's play hard/fight focused attitude and mantra as the space battles get more hectic. Matsumoto gives everyone -- even the enemies -- their own souls and unique personalities, and it's demonstrated on practically every page why readers should care about both the good and evil sides of this space opera.

What makes Captain Harlock fun is that it knows when to let its hair down when the time calls for it. Whether it's seeing the Arcadia's first mate diving deep into his ship-building hobby or watching the guys and gals drinking sake to their hearts' content, the classic series demonstrates the need and necessity to have a bit of fun when the turmoils of war have paused. There's even a humorous mentality from the people on Earth, with its Prime Minister not caring about the craziness happening around him and instead wishing to focus on playing golf. (Sound familiar, America?) 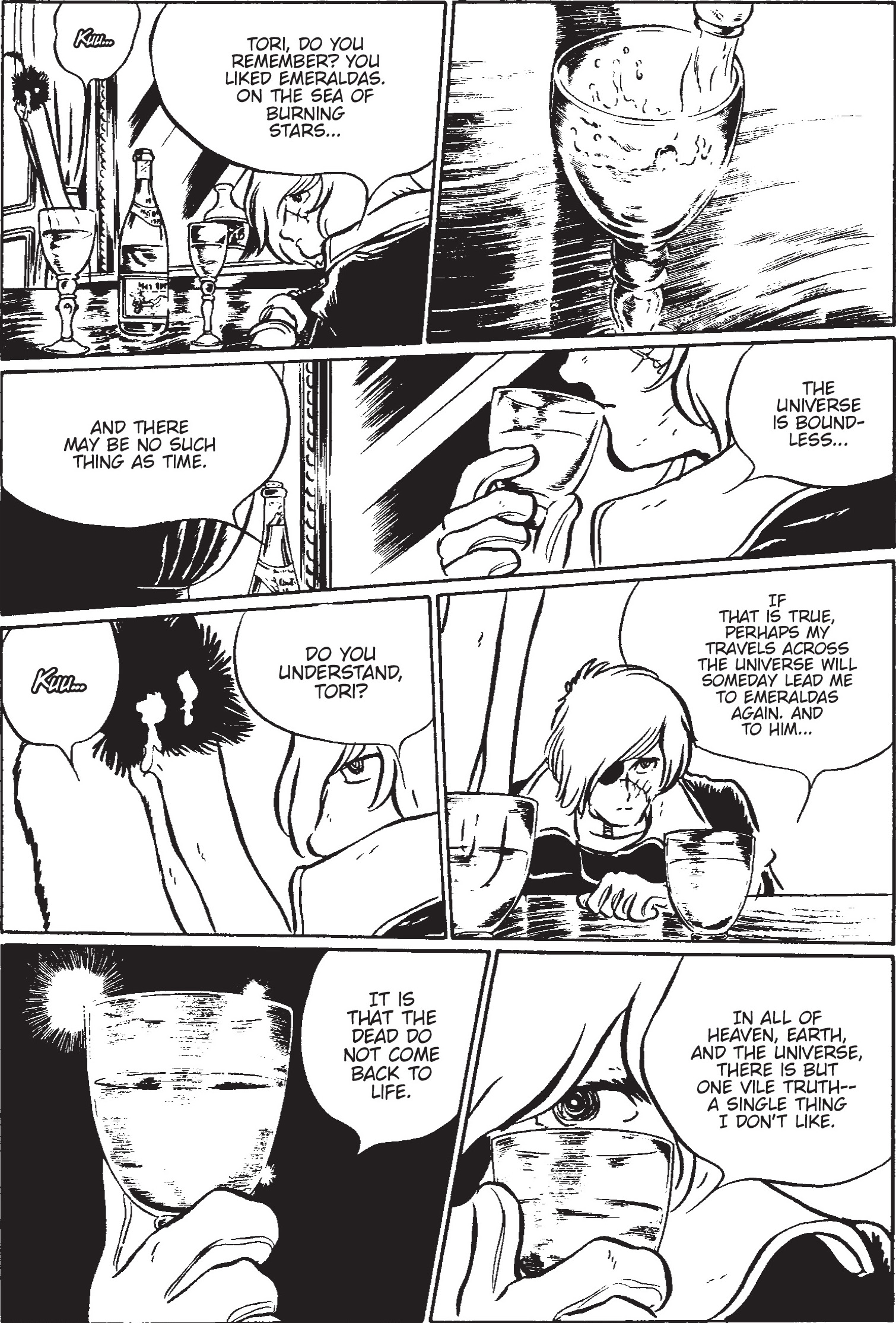 There's a lot to love about Matsumoto's space opera, and it's presently greatly in the first third of its Classic Collection. Captain Harlock continues to inspire both readers and story creators throughout all of humanity, and this collection demonstrates many of the strengths that lie within both its setting and characters. If anything, the original series serves as a great reminder of what we should continue to do both for ourselves and the greater good: "Under your flag, live free." If you've yet to join the ranks of Captain Harlock's crew, now's the time to climb aboard the Arcadia and set sail on one of the biggest adventures in the galaxy!