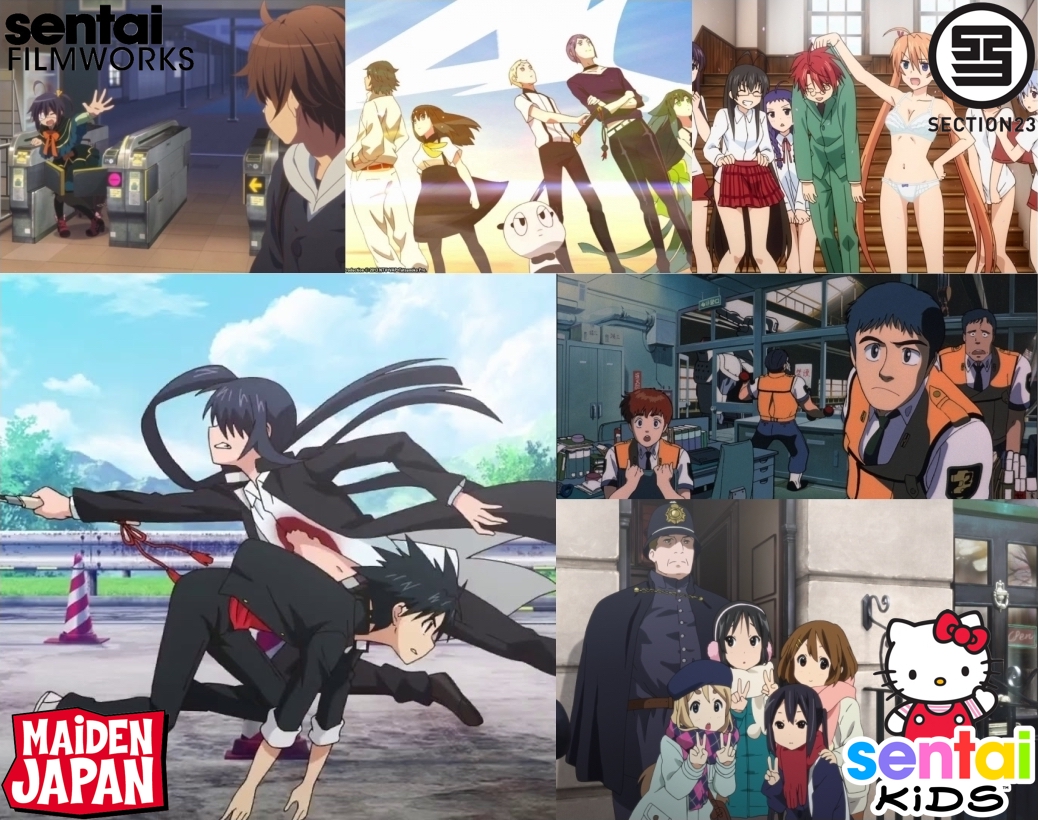 November of this year not only brings together some big releases for Section23 Films, but also a new label that delivers something for the younger anime fans! (And yes, it's Sanrio-related!) 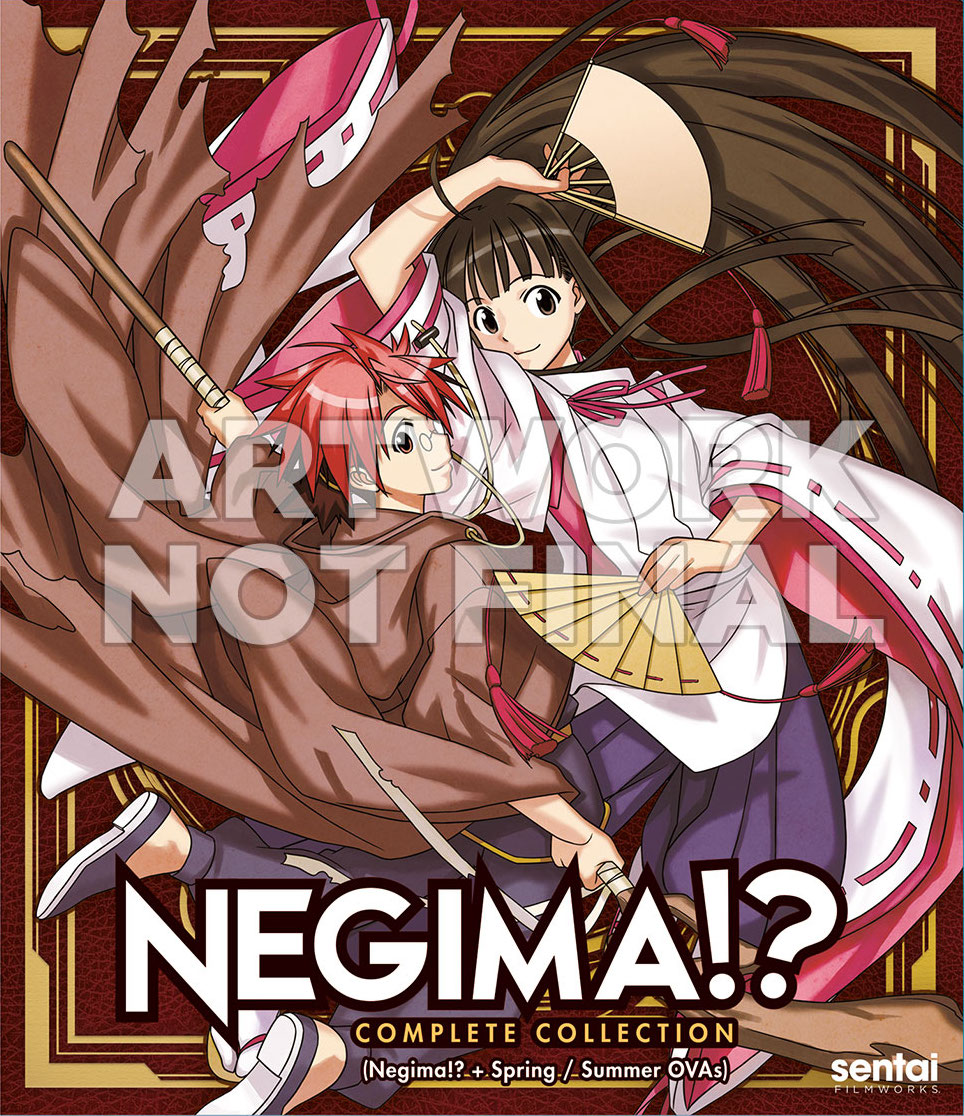 The magi master Negi Springfield returns in a more comedic take of his tale with the November 6th Complete Collection release of Studio Shaft's NEGIMA!?. It's not easy being a wizard before you've hit puberty, but Negi Springfield has far more on his narrow shoulders than many wizards twice (or even thrice) his age. When he's not searching for his missing father, or teaching the 31 teenage girls who make up the highly unusual class 3A, he always seems to find himself being drafted to perform magical tasks that most sane adult wizards avoid. So, when the mysterious and dangerous artifact known as the Star Crystal disappears, it's just a matter of time before Negi and his all-girl regiment of gifted students find themselves trapped in the middle of the mystery. 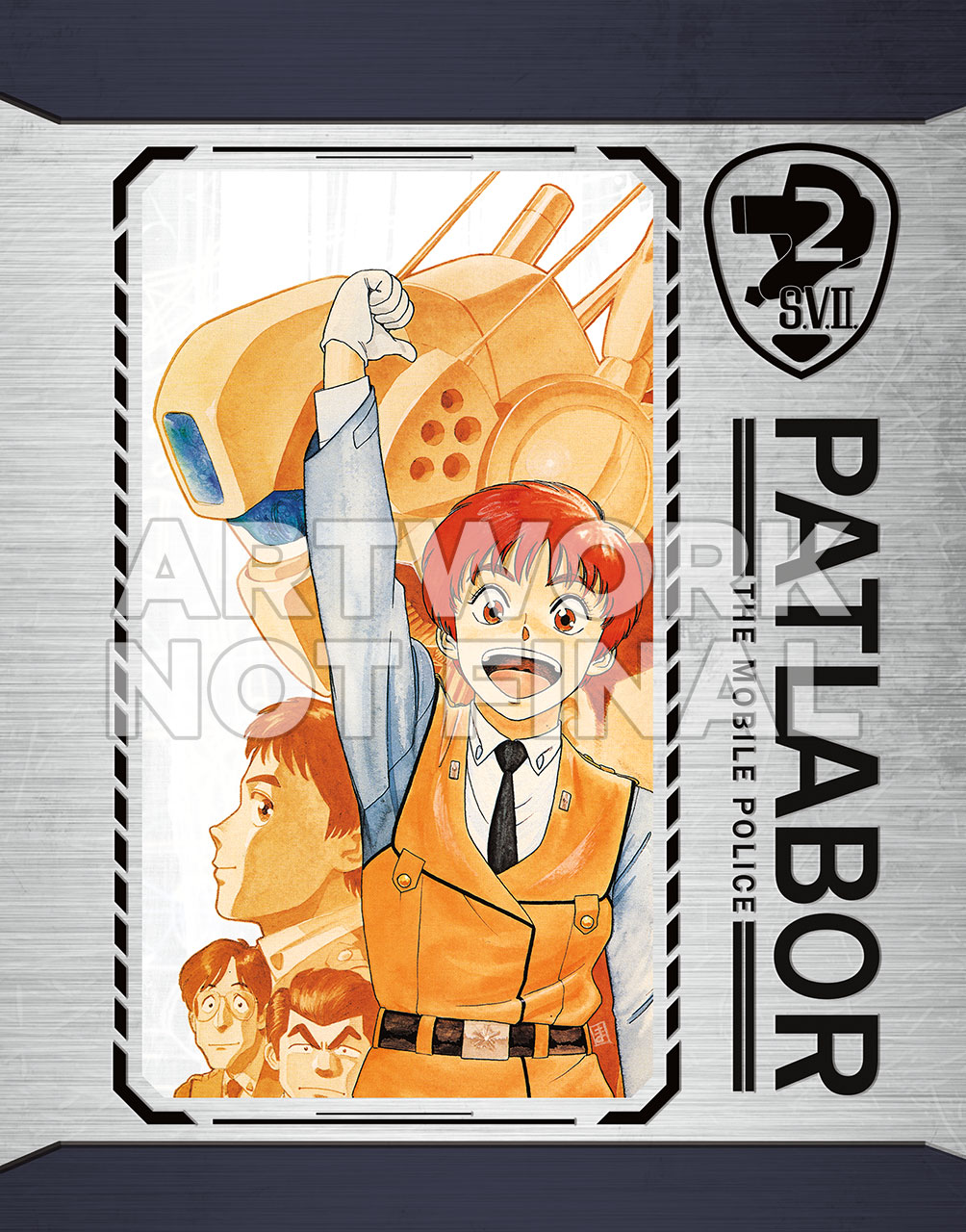 For something more classic that day, Maiden Japan will be releasing one of Mamoru Oshii's earliest works in one massive collection: Patlabor The Mobile Police! Building the city of the future is a tough job, but the development of Labors… giant robots specifically designed for construction and other heavy duty tasks… is transforming the world. Unfortunately, when someone puts that much power in a machine, the one thing that’s certain is that someone somewhere will find a way to use it to commit crimes. That’s why Tokyo Metropolitan Police Department has its massive Ingram Patrol Labors and the brave men and women of Special Vehicle Section 2, Division 2… including the teams most recent recruit, the mecha obsessed Noa Azumi. 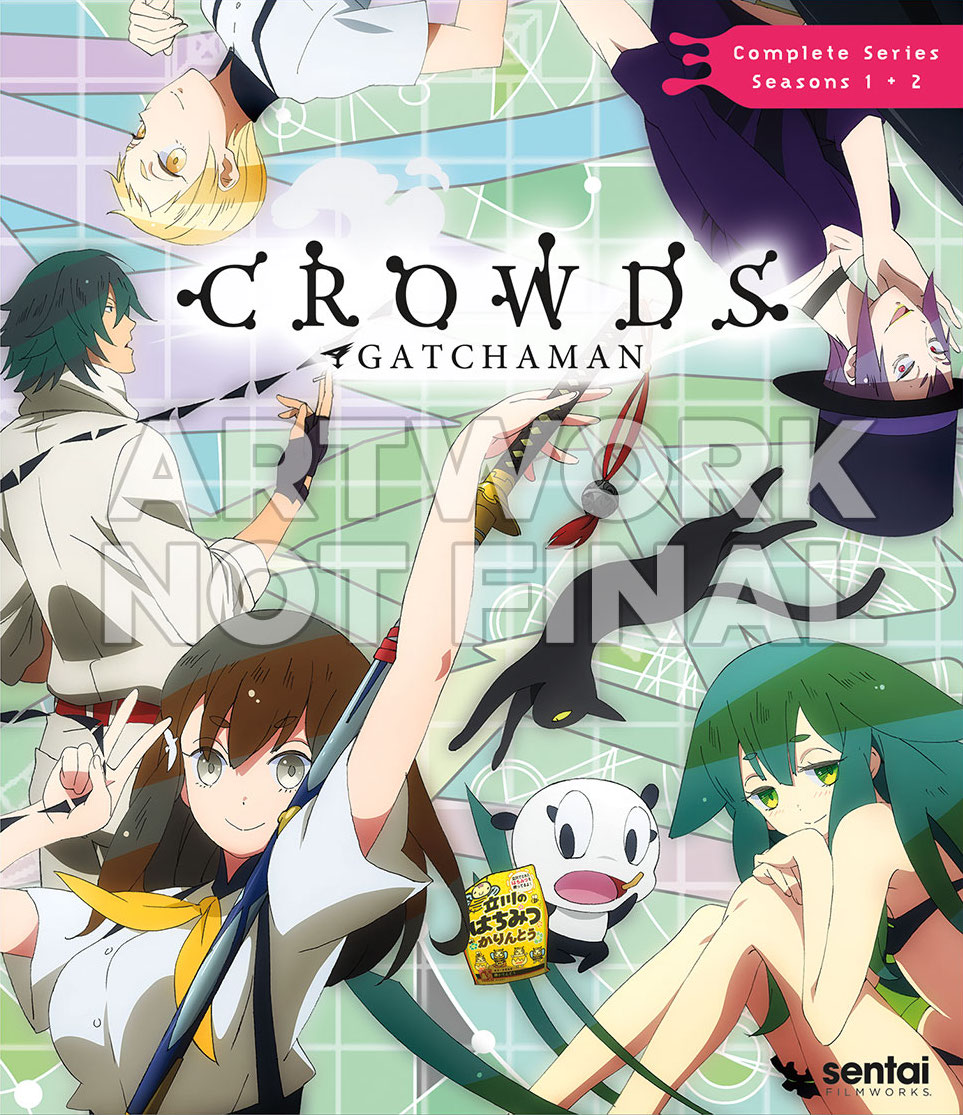 Fans of Tatsunoko anime will be gearing up on November 13th for the complete collection release of Gatchaman Crowds! The city of Tachikawa is in danger! As humans are being abducted by a strange alien entity, the city's secret defenders, the Gatchaman Squad, are leaping covertly into action to save the world once again. However, this time things aren't going to follow the usual super-heroic pattern, since the Squad's latest recruit, Hajime Ichinose, definitely marches to the beat of a different drummer. And while she's more interested in stationery than being a hero, she's about to cause a world-altering series of changes simply by thinking way outside the box! 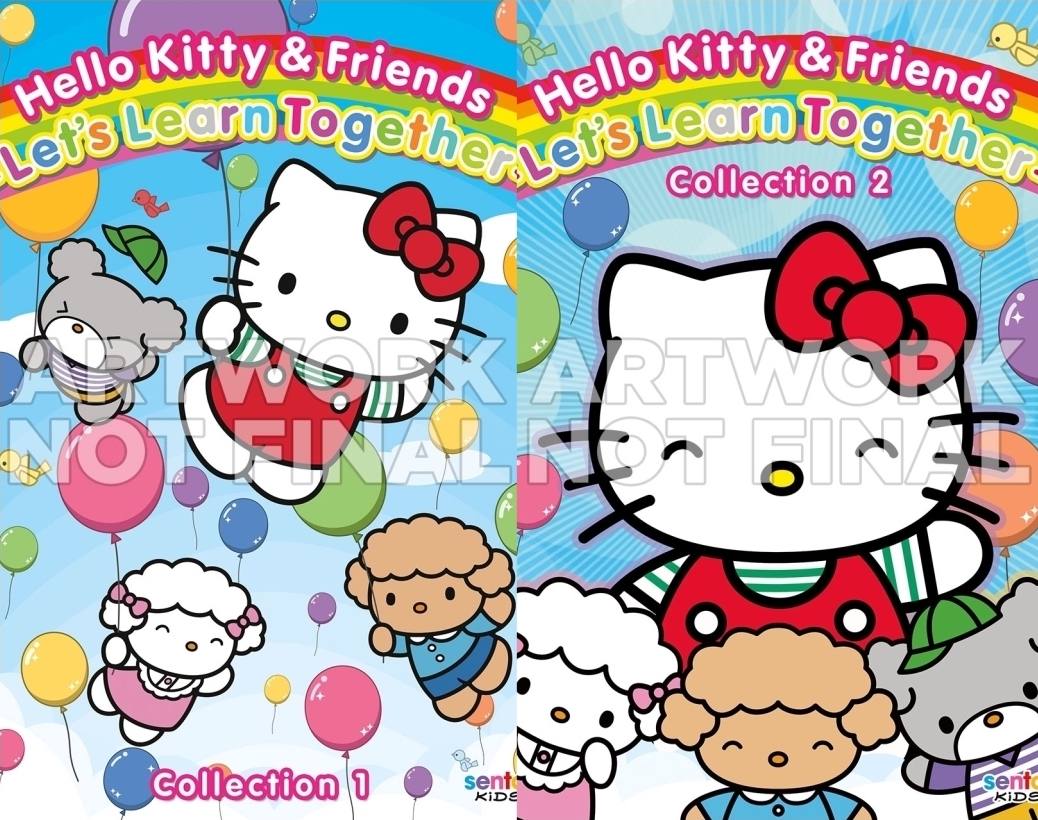 November 20th is when Sentai Kids gets fully underway, with the release of two collections of Hello Kitty & Friends ~ Let's Learn Together! Hello Kitty and her twin sister Mimmy love to explore and learn new things, and learning becomes even more fun when you have someone to share it with. So you can imagine how excited Kitty is when she learns that her family has new neighbors, the Berry family, who also have a set of twins, Amy and Eric! And they're the same age as Kitty and Mimmy! Plus, Amy and Eric also have another brother named Harry, who is really smart! That's three new friends to go out and have adventures with! Whether they're learning to tell time, fold origami, studying dance or just helping around the house, there's always something new to discover! 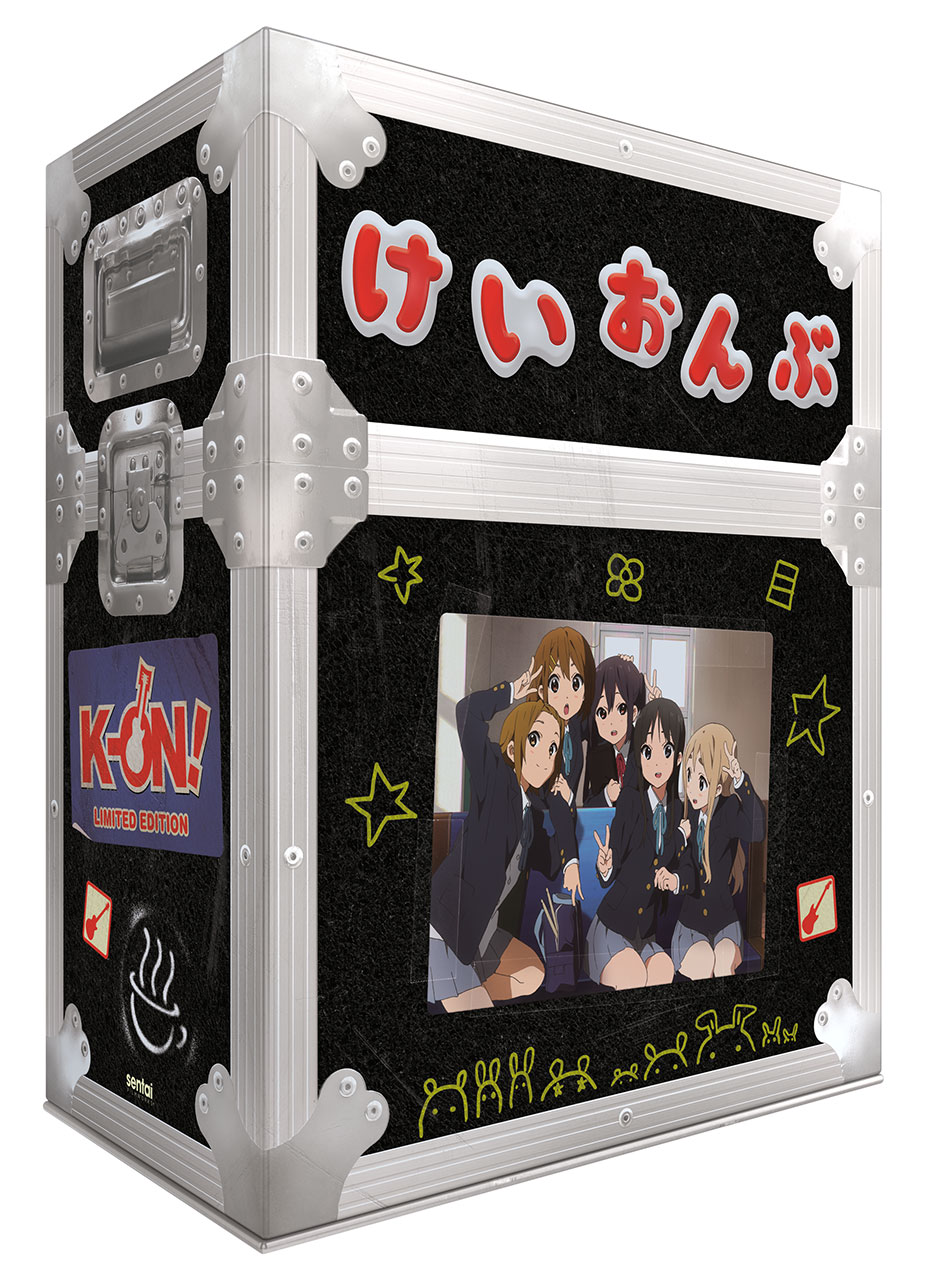 "Fuwa Fuwa Time" arrives yet again on November 20th with the massively complete collection of K-On! The Sakuragoaka Girls' Academy curriculum traditionally focuses on the three "R"s of reading, writing and arithmetic, but Ritsu Tainaka wants to add two more "R"s: Rock and Roll! To do that, however, Ritsu has to save the Light Music Club from being shut down due to little problems like not having any other members or a faculty advisor. After strong-arming her best friend Mio into joining and convincing Tsumugi Kotobuki to make it a trio, Ritsu's would-be rockers are soon only one talented guitarist short of the quartet they need for school approval. What they get, unfortunately, is Yui Hirasawa, who's never held a guitar in her life, but she's determined to learn! Will the school halls come alive with the sound of music? This complete collection will include both seasons, the film, soundtrack, three collector's books, six guitar picks, art cards, a pin & sticker set, and key chain! 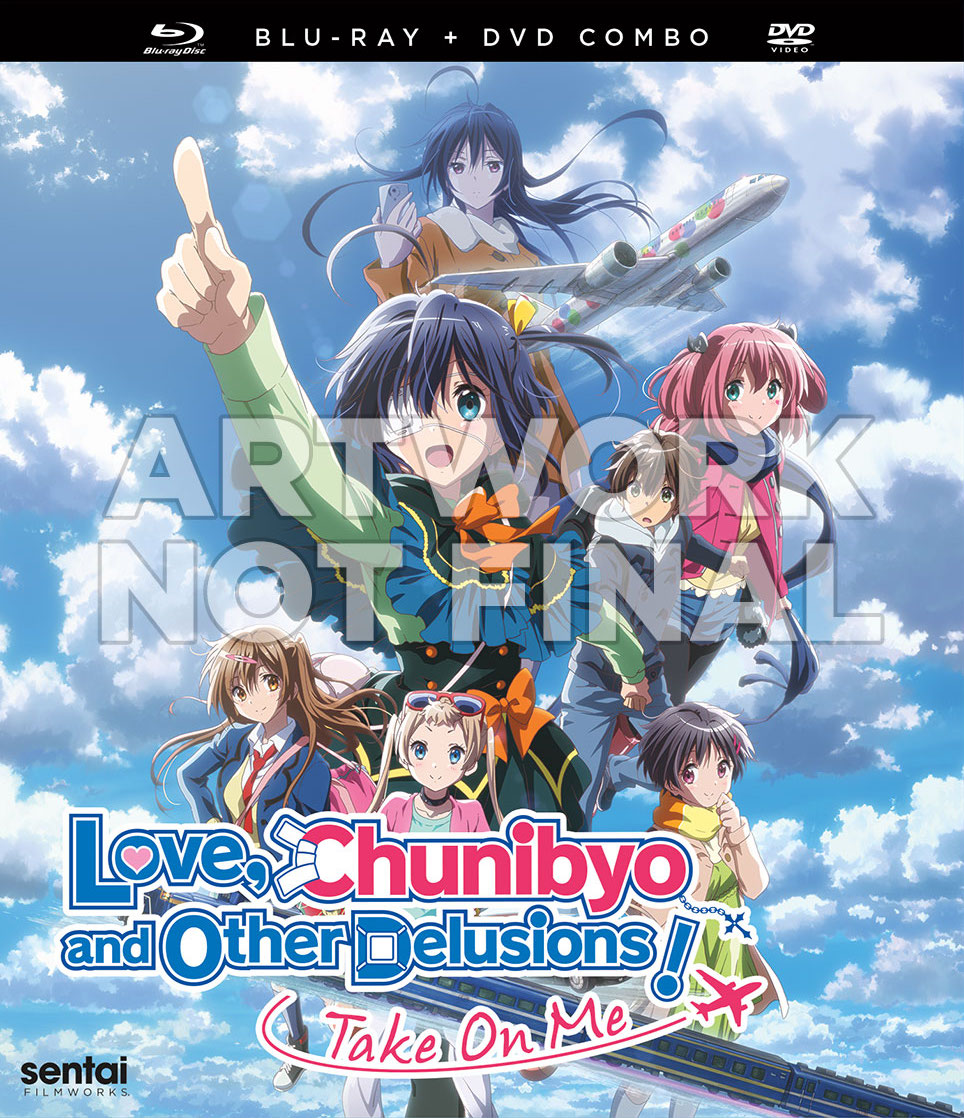 Everyone's favorite chunibyo also returns on the 20th with the brand-new film Love, Chunibyo & Other Delutions! Take On Me! Yuta and Rikka may have finally started to come to terms with the various delusions that have run their lives, but as their relationship becomes progressively more real, their development as a couple seems to be increasingly in danger of stalling out! When your relationship is partially the result of a series of fantasies, what can reality serve up that's equal to the make-believe? Rikka's sister decides that she's going to move to Italy and take Rikka with her, and the solution that Rikka and Yuta decide on is both improbably logical and unrealistically practical: They're going to elope! For real! Get ready for the ultimate fantasy road trip as our two young would-be lovers take off a whirlwind tour of the real Japan! 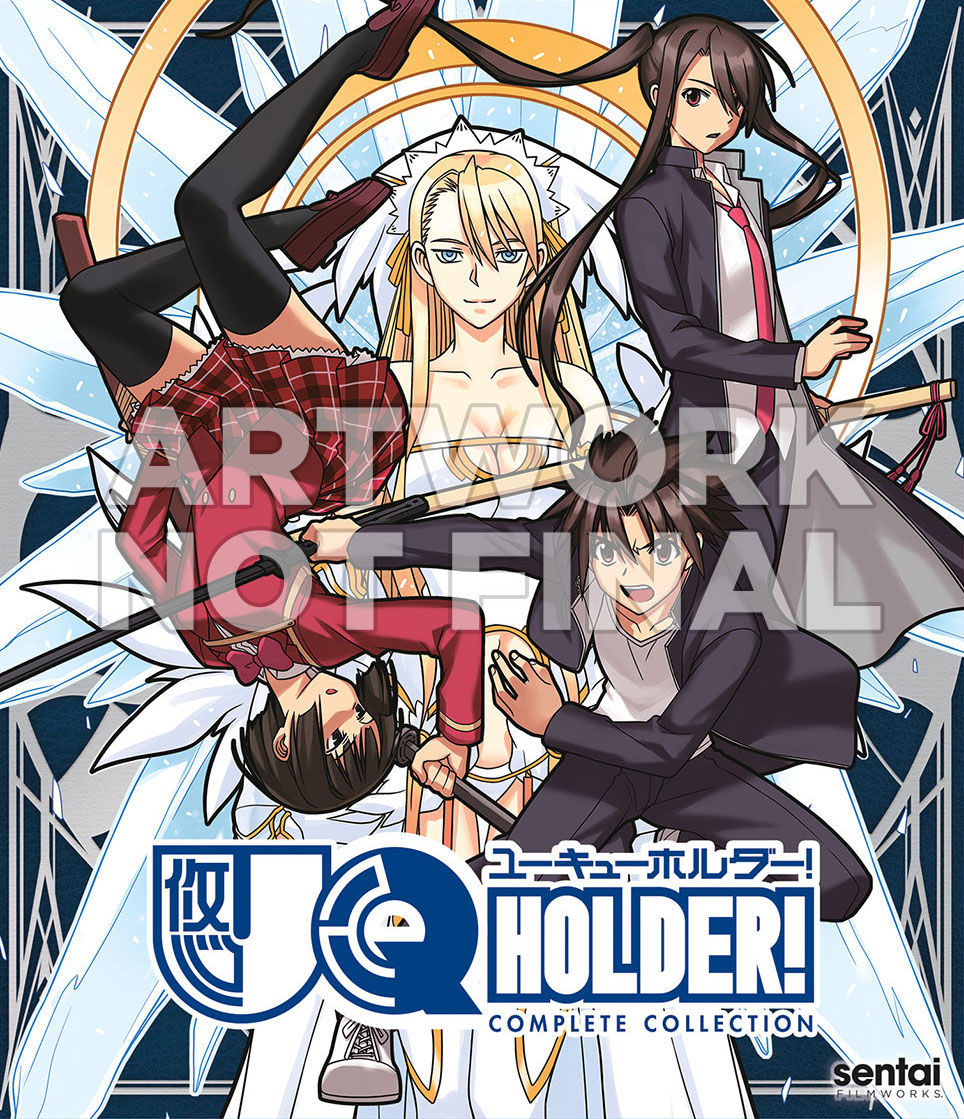 Lastly, with the month beginning with Negima!?, it's appropriate it ends with its follow-up on November 27th: UQ Holder! When you're the grandson of a famous hero, you'd think that your life would be interesting, but Tota Konoe is stuck in the dullest place he can imagine! He can't even leave his tiny village until he can defeat his teacher and foster parent Yukihime, and she seems to be impossibly powerful. Then everything changes when Yukihime is attacked and Tota learns that both she and Tota himself aren't who or what Tota thought they were! Now Tota has a new, impossibly long life ahead of him and an amazing destiny that ties in with the fate of his grandfather, the legendary Negi Springfield!