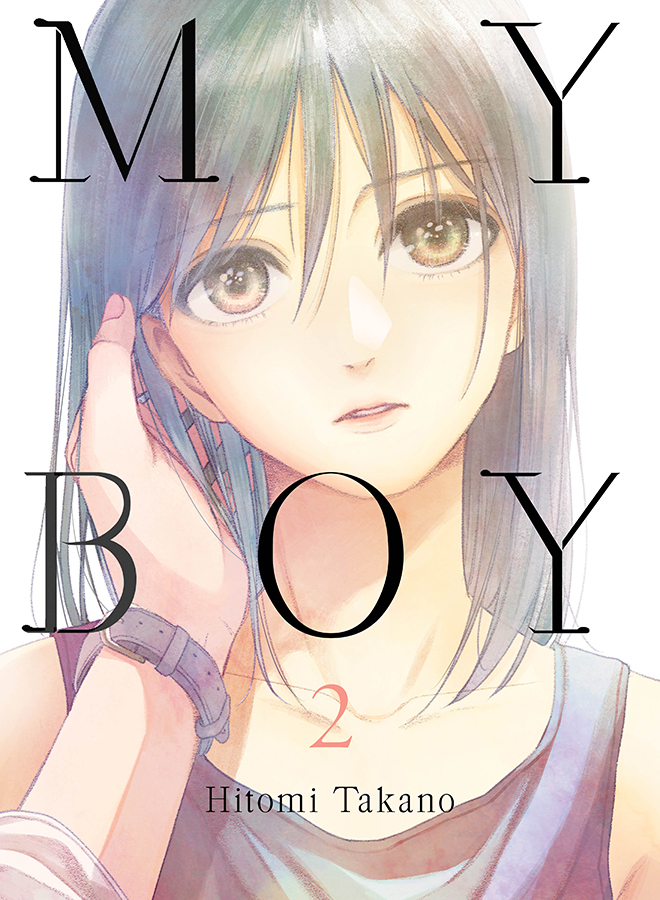 Hitomi Takano's My Boy started things off on a mediocre note, with the introduction of how the older Satoko started watching over the younger Mashuu. My initial thoughts on it were that of someone that was glad it wasn't going down a creepy route, but was hoping that the situations they would be put in would be a bit more attention-grabbing. Thankfully, the second volume of My Boy delivers on better storytelling this time around, albeit with a strange aura around it.

Volume Two of My Boy continues to focus on the growing friendship between Satoko and Mashuu, with Satoko continuing to aid with his soccer practice and even tutoring him on his homework. However an incident involving Mashuu's brother going missing leads to Satoko realizing her place in the young boy's life. With even her boss questioning her motives behind why she continues to help the kid out, Satoko finds herself in a peculiar predicament. But even as she tries to sever her ties with him, Mashuu seemingly finds a comfort with Satoko that he doesn't receive at home.

At first, the second volume continues its trend of showcasing Sakoto and Mashuu's guardian-like relationship, with the two bonding over snacks during a study meet-up and with Sakoto happily showing off the phone strap the kid won for her. But it's when there's a real turn of events with the disappearance of Mashuu's brother when Sakoto finds herself in a strange place. She starts to question what is appropriate when it comes to entering Mashuu's home, with an accidental look into one of his rooms having her discover why the kid may be feeling completely alienated by his parents.

As odd as it sounds, these moments are a sigh of relief for My Boy. Up until that point, it appeared that the story was going nowhere with its characters. While it's okay for a story to have a slice-of-life mantra to it, the world of the manga just doesn't seem fit for a day-to-day sort of narrative. Now that something has shook the foundation of this tale, there seems to be a far better grasp of the story Takano wishes to tell. And trust me: this story needed a good relatable scare like this.

Even though this volume isn't chock filled with tense plot lines such as these, what is offered is pretty enjoyable. I got a good laugh out of the pool chapter, especially when Sakoto's avoidance of getting into the water fails in a surprisingly hilarious manner. There's even a good back-and-forth between her and Mashuu's classmate Nao, who sadly doesn't get as much time here in this volume like she did in the previous one. (Hopefully we'll see something bloom between her and Mashuu later in the series.)

However, this volume of My Boy could raise an eyebrow or two for those reading it. While nothing bad or inappropriate occurs in this volume, I can't help but think that something uncomfortable may happen very soon in this series. It also doesn't help that Volume Two ends with Mashuu's confession on why he keeps practicing soccer, one that may have certain connotations behind his words and reasons for saying them. Then again, with what Sakoto discovers in his home, this could be more building up towards a reveal on what happened between his parents, leading towards a better understanding of his current mentality.

Although it improves with its overall plot, My Boy can be a tough recommendation to make. While there's a far more mother/son-like relationship seemingly growing between Satoko and Mashuu, there is no doubt a level of uneasiness when it comes to its portrayal of their relationship. Perhaps it's due to a difference in cultures or what can be constituted as appropriate, but there's a slight gut feeling in me that says that what's about to happen in Volume Three won't exactly be pretty. With that being said, Volume Two of My Boy was certainly a far more enjoyable read than the first volume, so there's still hope that this could deliver a far more innocent and heartfelt tale in the long run.