HomeComics/MangaMANGA REVIEW | "My Boy" - Volume One 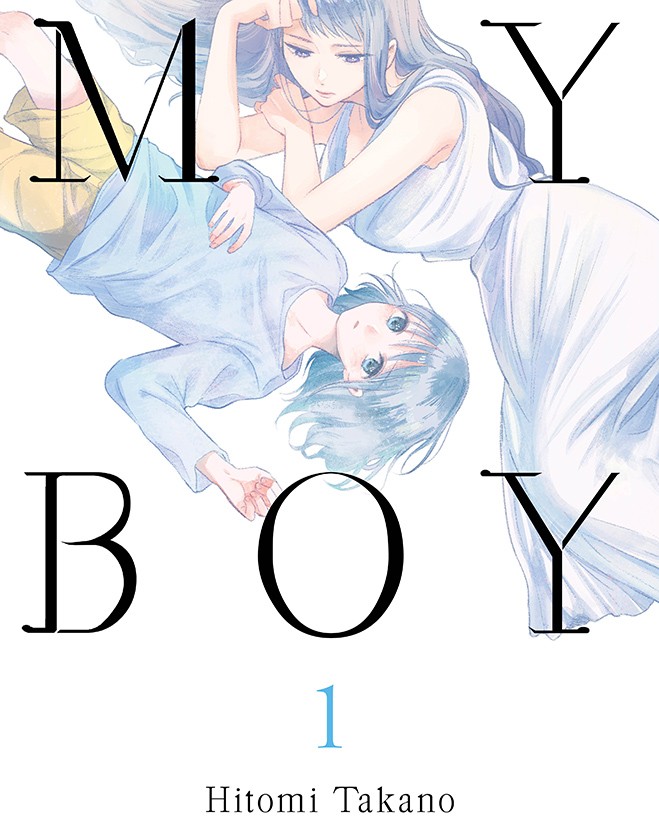 I had some misgivings when I first heard about Hitomi Takano's My Boy. Reading descriptions for it, it appeared to go down a route that myself and (hopefully) the majority of people with common sense would frown upon. Thankfully, after reading the first volume, my fears have thus far been cast aside. However, despite it not treading down a bad territory, the opening chapters of My Boy don't quite grab the attention of this reviewer as it hopefully would have.

The focus on My Boy is on two characters: the 30 year-old Satoko Tawada and the 12 year-old Mashuu Hayami. Satoko feels isolated at her job, with a failed relationship with a coworker leaving her acting cold around most of the other people in the office. One day, she comes across Mashuu practicing soccer by herself. An instance involving Satoko saving him from a possible child predator quickly flicks a guidance switch in her brain, as she decides to keep a watchful eye on Mashuu. Saying little about his parents and learning about the lack of support they give him, Mashuu soon finds a new person to look out for him, with Satoko finding a purpose that she desperately needed finding.

It's apparent that there's a theme about our youth needing trustful guidance in My Boy, as there are moments in the background showcasing news stories about kids being abused or abducted by assailants. As mentioned, that initially made me worry that this story was going to turn down a similar path, but I'm glad to say that wasn't the case. Instead, we have moments with Satoko teaching Mashuu basic soccer tricks, enjoying sushi together, and having open conversations about their situations. She even does her best to cheer on the kid at his game, even when he's just on the sidelines rooting for his teammates. 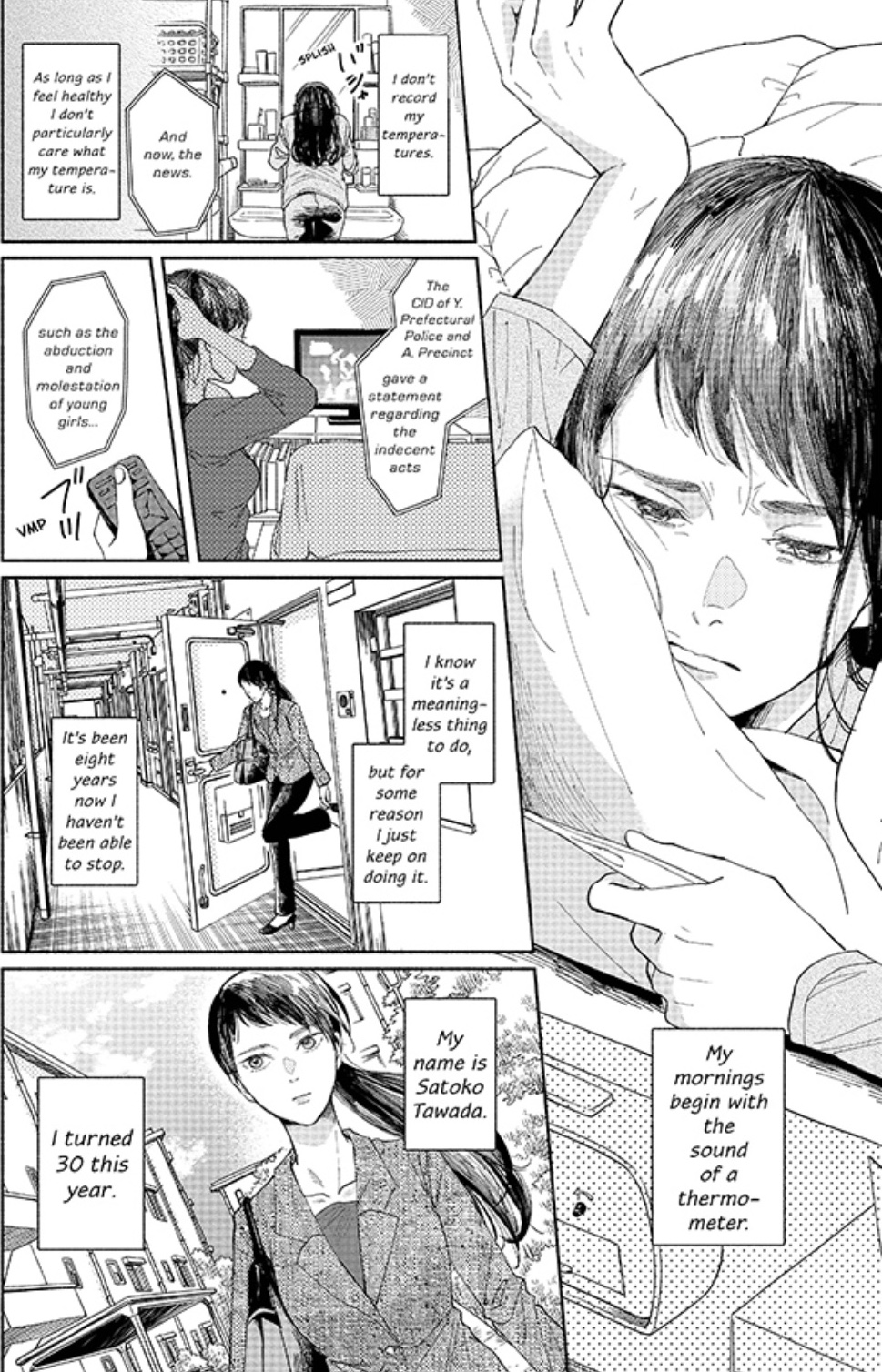 Perhaps my favorite moment in the manga involves the character of Ogata, a possible love interest for Mashuu. Her understanding of his need to care for the school pets and how he quickly helps her after an anxiety attack causes her to throw up acts as a sort of means to showcase their way of tending to their situations. It's these moments where Mashuu learns about the importance of repaying one's kindness, and at the same time it gives him hope that he can break out of the shell his family has seemingly placed him in.

Also worth mentioning is Takano's art style. While it has some shojo tropes to its character design, I like how it tries not to throw in the usual anime expressions just for a quick laugh or two. Instead, it does its very darnedest to present the characters in the best light possible, and it succeeds in just about every way. (I'll add in, too, the fact that Takano knows how to make hand-drawn sushi look as tasty as the real thing!)

However, the problem with My Boy is that despite its well-written characters, the situations that they're being put in aren't as interesting as they could be. I'm all for the whole pep talk scenarios with Satoko acting as a guide to the lost Mashuu, but it lacks a certain wow factor that stories like this usually have. It's true that Mashuu isn't the perfect student or athlete, and Satoko is not the best when it comes to socializing with her peers. Flaws are okay, but how they're being tackled in this manga isn't written as strongly as other series have handled it. 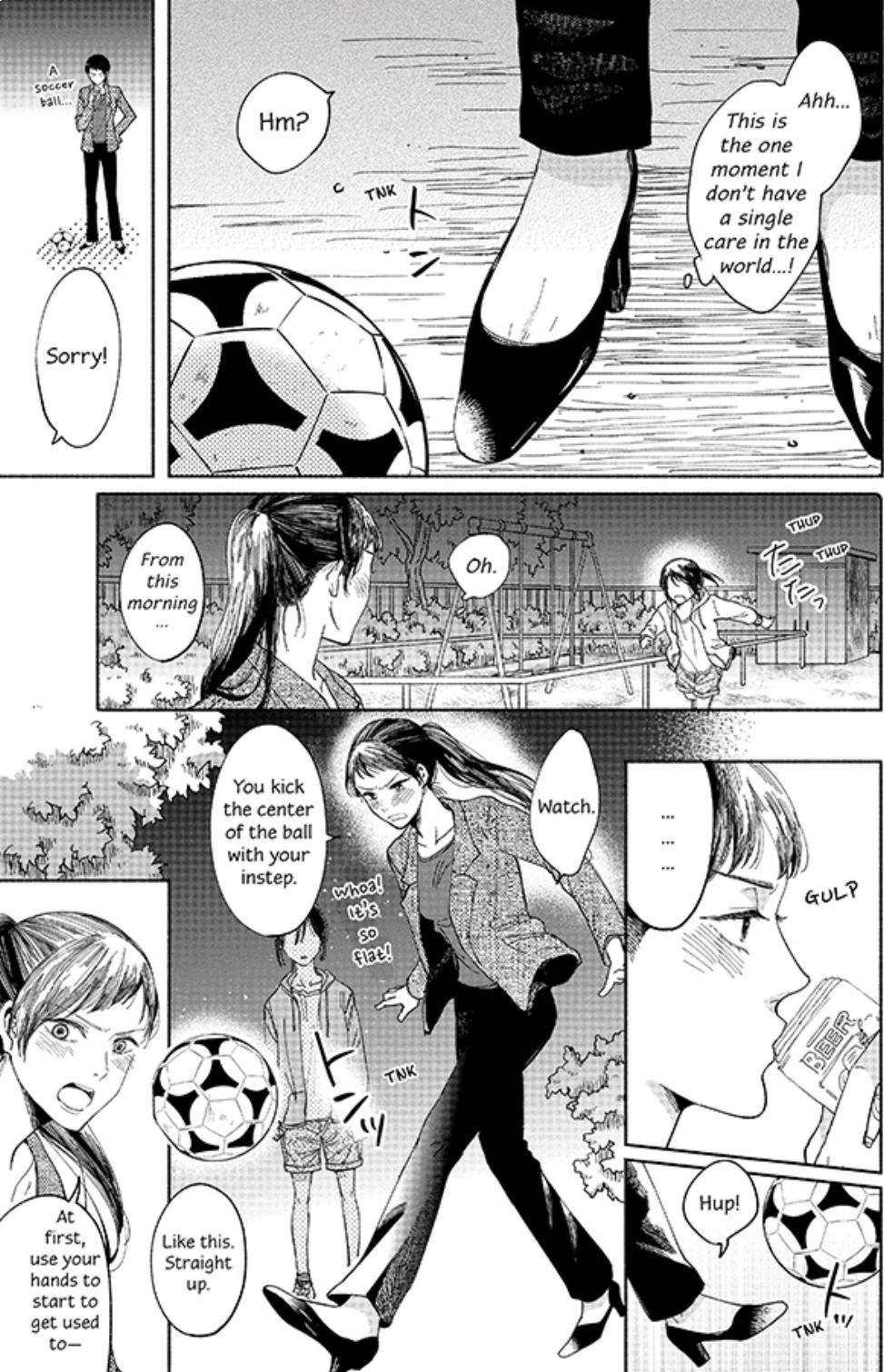 Then again, perhaps Takano is attempting to add a slice of realism to these characters and how they take on their troubles. There's no magical being or problem-solving sage that appears for either Satako or Mashuu. All they have is each other's company, which feels more aligned with the partnership between Hugh Grant and Nicholas Hoult in About a Boy. The older Satako gives Mashuu the kindness that he's yet to have from his family, and Mashuu seemingly gives Satako some sort of purpose in her less-than-stellar life.

My Boy is a hard manga to recommend at the moment. It's got its fair share of great characters, and the banter between everyone is very down-to-earth. However, it doesn't quite have a hold on me like most other similar tales have in the past. As a comfortable Sunday afternoon read, My Boy does its job; as something with a meaningful message, we may have to see where the next volume takes us to judge it better.