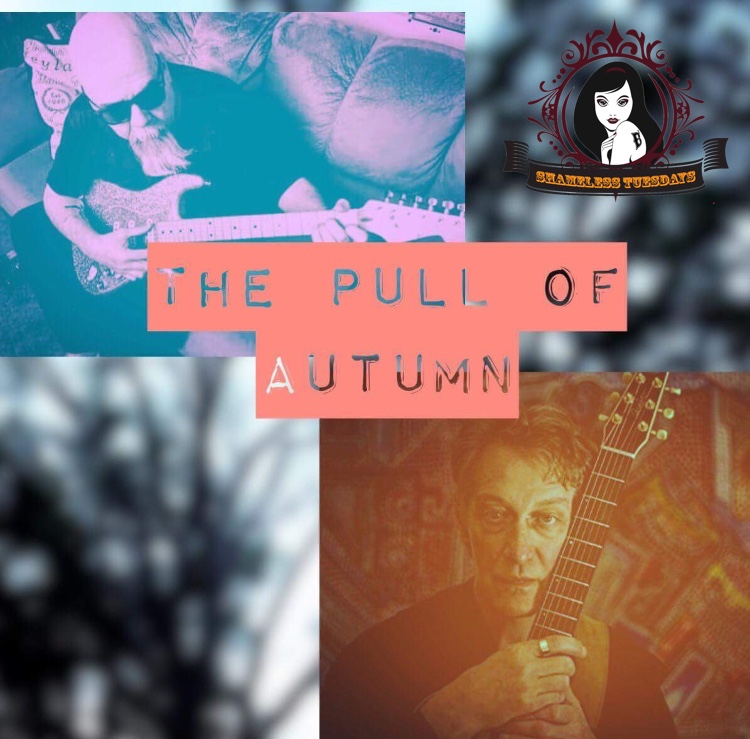 With Shameless Tuesdays reaching out to many artists all across the world, it would seem like there'd be a time where a curator will wind up being from our own neck of the woods! This week such an occasion has occurred, with the Boston-based band The Pull of Autumn taking control of the playlist!

The Pull of Autumn can be considered quite the indie super group, as it is comprised of members of pioneering 1970-80s British new wave band Fashion, Rhode Island’s Johanna’s House of Glamour, and Fred Abong, founding member of Belly with Tanya Donelly and early member of Throwing Muses with Kristin Hersh and Donelly. It all began when Luke James reacted to the electronic-based music of Daniel Darrow and his son Matthew, who were releasing the tracks under the name Spectral Assignment. A string of correspondence ensued, followed by file swapping between Skyscraper, who lives in San Francisco, and Darrow, who lives in Massachusetts. Skyscraper would send basic ideas with Darrow creating more elaborate soundscapes to ornament this sound. And thus began the birth of The Pull of Autumn, whose debut album hits stores on August 24th!

Let's now hear from the band on where the inspiration for this playlist originates from:

This playlist is a flashback to 1991 or so, when Dan Darrow and Bruce MacLeod of The Pull of Autumn were recording as Johanna’s House of Glamour, along with Dan’s wife Laura. It was a truly great time for indie rock in England as the post rock movement moved further forward and embraced minimalist ideas. Song structures remained but new layers of repeating and sometimes alien sounding synthesis replaced guitars and set the vocalists free to explore other means of expression. Think about the birth of too pure records and Seefeel’s use of repeated synth sounds layered over bubbling rhythm, or Disco Inferno’s transformation of guitar gestures into sample triggering of twisted mangled loops of sound … all of this with a melody anchoring the listener to ahem, reality.

While we were recording our first couple of LPs, some of the best music by these and other artists became the soundtrack of these times, for us. Moving forward, this music continues to inspire and influence, weather as The Pull of Autumn, or as our other projects Empty Airspace, Spectral Assignment, or the Underwater Kites. The influences are rooted also in the late eighties as well, when labels such as Rough Trade, Creation, Postcard, and 4ad defined a new smart post rock environment for this all to happen. There are too many truly great bands to mention, but we are trying here, please when you are done go back and listen to the Apartments, Smiths, Biff Bang Pow, Weather Prophets, Orange Juice, or even Robert Wyatt … This list represents much more than a bunch of songs to us – it’s a soundtrack of memories – of us queuing up all this stuff as we were preparing to record, and truly rejoicing in the genius of these artists...

For more information on The Pull of Autumn, be sure to follow them on Bandcamp and Soundcloud, as well as their RBM Records label on Facebook and Twitter! And check out a preview of their upcoming album below: