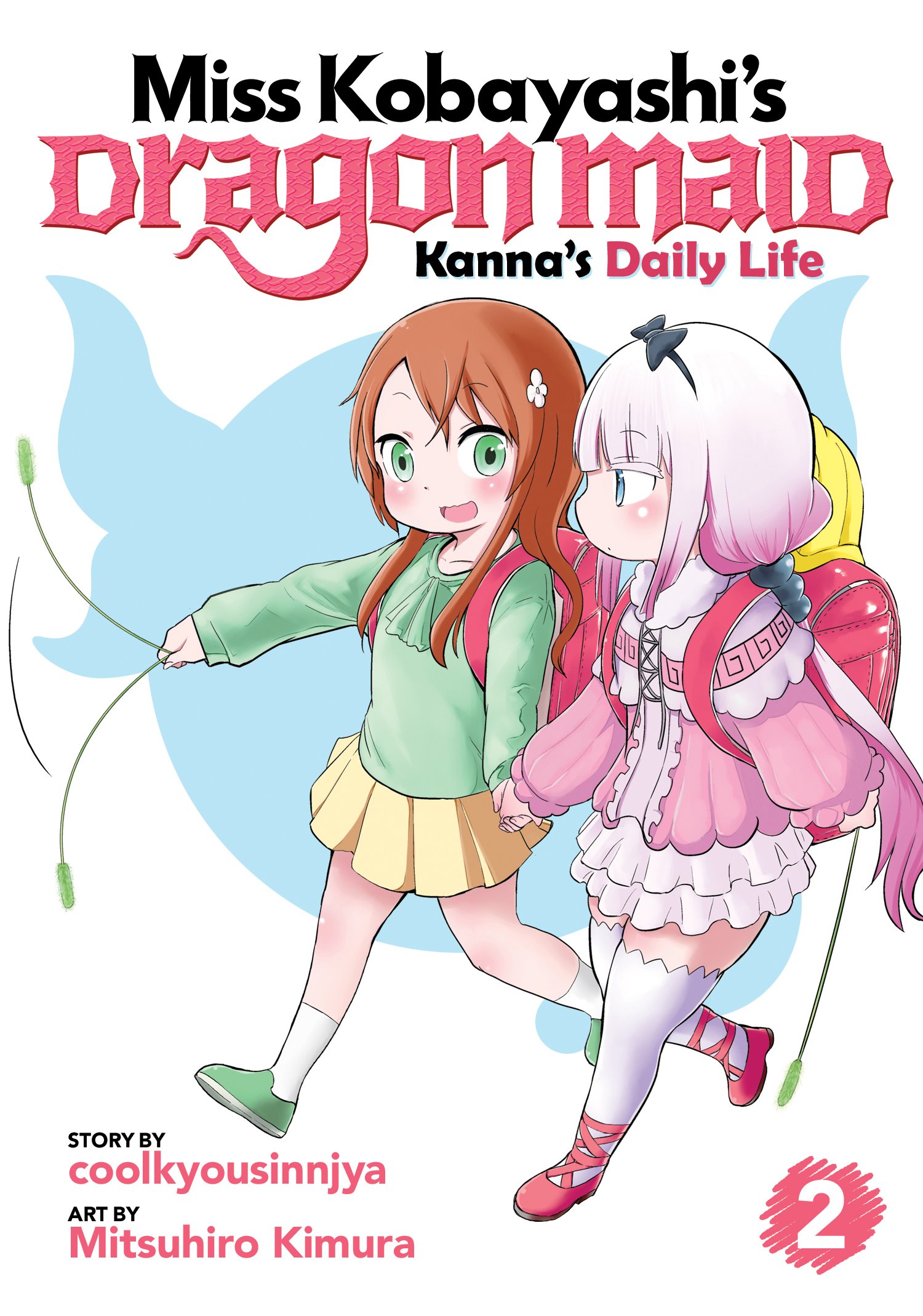 Spinoffs have a 50/50 chance of working out in the long run. In the realm of comics and manga, the spinoff can give birth to massive changes and expansions of the world it initially takes place in. Sometimes they're good additions, whereas other times they can be either bad or quite forgetful. So I was amazed with the quality both in the art and storytelling of Mitsuhiro Kimura's Kanna's Daily Life, a spinoff to the popular series Miss Kobayashi's Dragon Maid. Not only did it mesh well with Coolkyoushinja's original work, but it also managed to be just as fun and entertaining. Its second volume continues this trend, thanks to its lighthearted tone and lovable characters.

Like the first volume, Kanna's Daily Life doesn't have a real underlying storyline. Instead it goes the route of the day-to-day activities that the Lolita-dressing dragon and her friend Saikawa find themselves in. This time around, the two kids discover the wonders of makeup, how much a true maid puts into her work, rainy-day fun time, and playing the game of Life with friends. There are also call backs to the original manga, with the Dragon Busters seeking Kanna's knowledge regarding Tohru's greatest weaknesses that results in the small dragon taking advantage of their want for victory.

What makes this spinoff manga work well is its point-of-view. There's a sweetness in the way Kanna perceives the world around her, one that amplifies to greater lengths when she's with Saikawa. It'd be hard not to label these adventures as adorable, as Kimura has a knack for capturing a warmth appearance and sensibility into every panel in this series. It also helps that Kanna's Daily Life has the same kind of humor as the original Dragon Maid series, one that's chock filled with funny misunderstandings and visual gags. 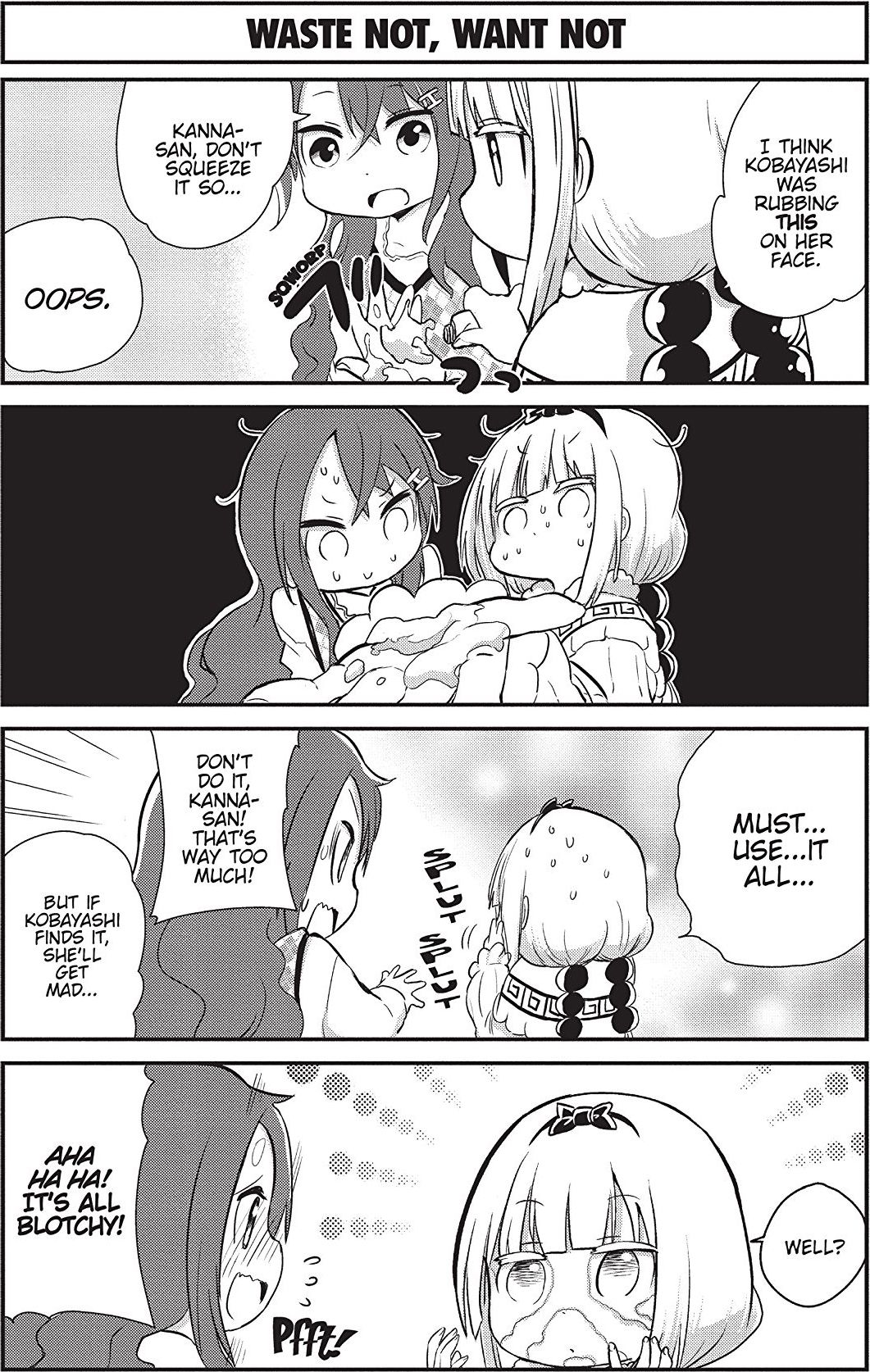 And man, this series can get really silly in unexpected ways. A moment involving Kanna and Saikawa trying out makeup gets a humorous boost when Fafnir enters the picture, resulting in the treasure-loving dragon looking like a love child of Paul Stanley and Ronald McDonald. Watching as a power-drained Kanna attempt to flip around a bar for gym class has a great dose of visual gags, especially when she discovers the power of static electricity. One of the brighter moments of the manga focuses on her adjusting to an empty apartment, capturing the anxieties and worries a kid may have when their parents and siblings aren't around.

It's been very surprising seeing how well Kanna's Daily Life manages to stay in the spirit of Miss Kobayashi's Dragon Maid. Rarely does a gag misfire, with even Saikawa's lovey-dovey expression not losing the value of its joke time and time again. Often fun and heartwarming, the latest volume of Kanna's Daily Life serves as a strong counterpart to the main tale of Tohru and Kobayashi.