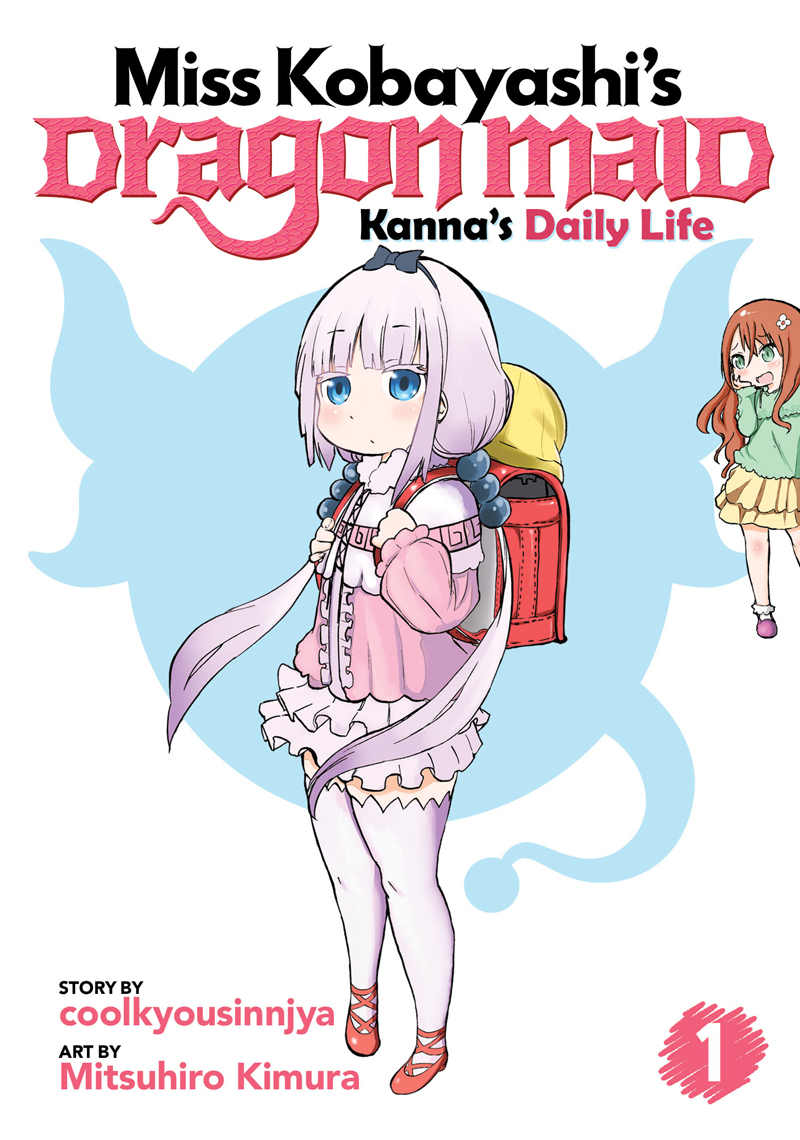 Coolkyoushinja's Miss Kobayashi's Dragon Maid took the world by storm last year, thanks to Kyoto Animation's hilarious and heartwarming anime adaptation. Naturally, it would seem fitting that the universe that Tohru and Kobayashi reside in would be expanded via a spinoff of sorts. Luckily, the fate of said spinoff has been rested on the shoulders of the Lolita dragon whose smile many readers and viewers swore to protect, with the release of Miss Kobayashi's Dragon Maid: Kanna's Daily Life.

Placing the focus on Kanna and her best friend Saikawa, the spinoff presents the day-to-day adventures of the two, as they traverse through the city having fun and experiencing new things in the classroom. From taking care of the school pet and building an igloo to experiencing New Year's traditions and exploring a haunted abandoned building, no task seems too big for the little dragon to take on. Of course, when it comes to Saikawa, just being by Kanna's side is all she needs to take on the world with lovey-dovey eyes aplenty.

With Coolkyoushinja watching over its creation, writer/artist Mitsuhiro Kimura places plenty of care into the realm that Miss Kobayashi have wrought unto the unexpected human population. Everything in Kanna's Daily Life fits well with the canon of the main series, with the mannerisms of all the dragons staying true to their original nature. It even calls back to the main manga with references to past events to the return of the dodgeball bullies in a humorous segment involving Saikawa needing to defeat a bear with karate. 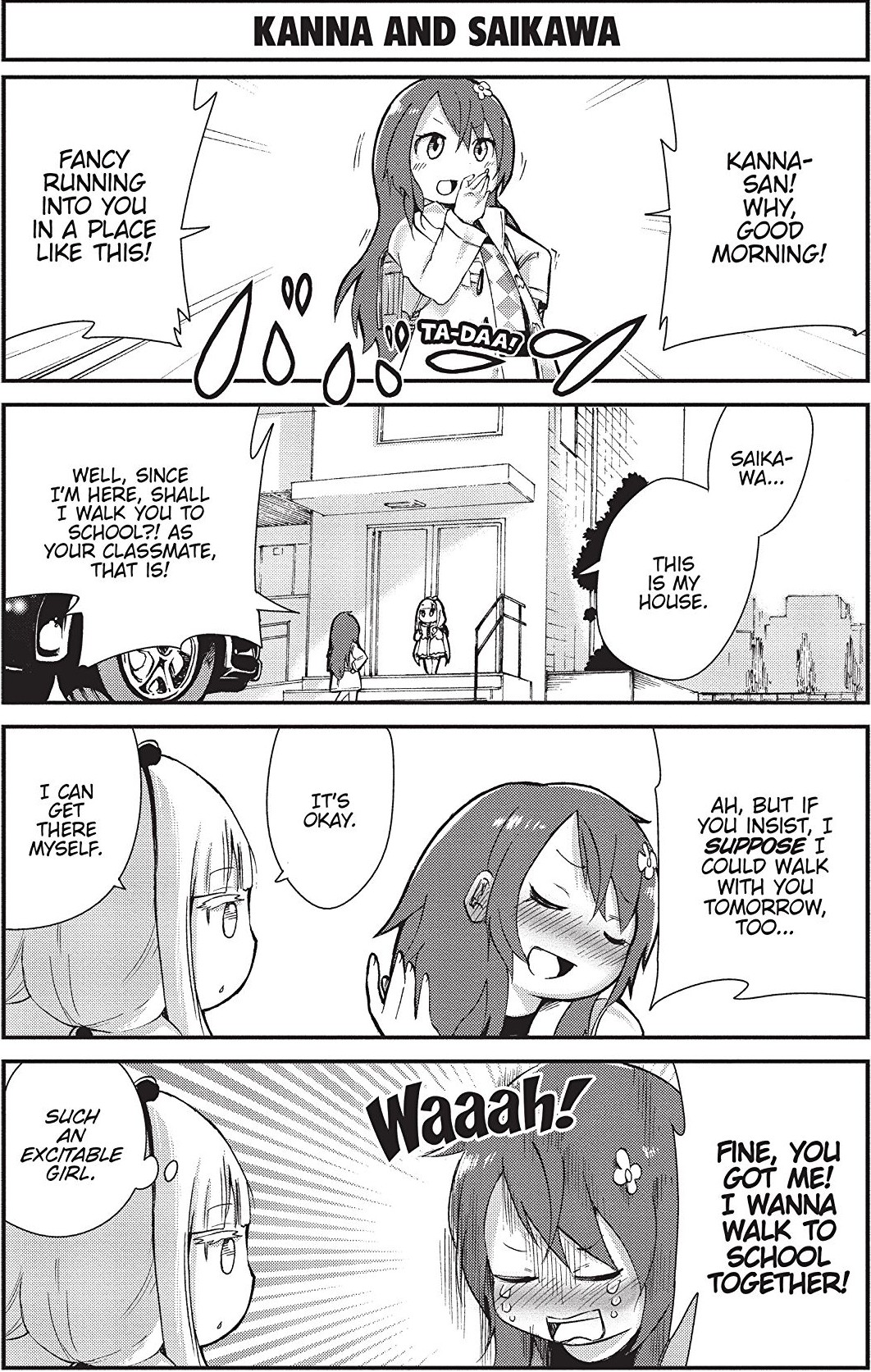 Like the original series, the adventures are packed with huge laughs, many of which actually manage to stand toe-to-toe with Coolkyoushinja's writing style. Bits involving Kanna and Saikawa attempting to participate in a "nightcap" and Kanna trying to run an errand by herself as Tohru & Miss Kobayashi watch from a good distance brings about as much humor as it does sweetness. It's also never afraid to go for a more juvenile joke, with a segment involving Saikawa accidentally farting in front of Kanna resulting in probably one of the funniest visual gags involving passing gas I've ever read in a manga!

As for its art style, it definitely looks more like the anime adaptation than the original series. Those who were unfamiliar with the manga before watching the anime may have been taken aback by some of Coolkyoushinja's deformed style of character design. (Those who watched Komori-san Can't Decline or I Can't Understand What My Husband is Saying would've more than likely been prepared for this sort of visual appearance.) Here in Kanna's Daily Life, it looks much more akin to what people witnessed from Kyoto Animation, bringing together a great amount of detail into Kanna, Saikawa, Tohru, and the rest of the gang whilst enclosing them in a world filled with personality.

The first volume of Kanna's Daily Life not only stays faithful to the source material, but also manages to be just as fun and entertaining. Dare I say, if the writing from Kimura continues to be just as strong, this spinoff could very well be deserving of its own anime adaptation. Kanna's Daily Life has proved to be a solid, silly, and cutesy affair, easily being the Frasier to Miss Kobayashi's Dragon Maid's Cheers. Here's hoping its quality stays on a smooth linear path, avoiding any means of it turning into the manga equivalent of AfterMASH or Joey.

Josh Grelle Announced As Fourth Am...