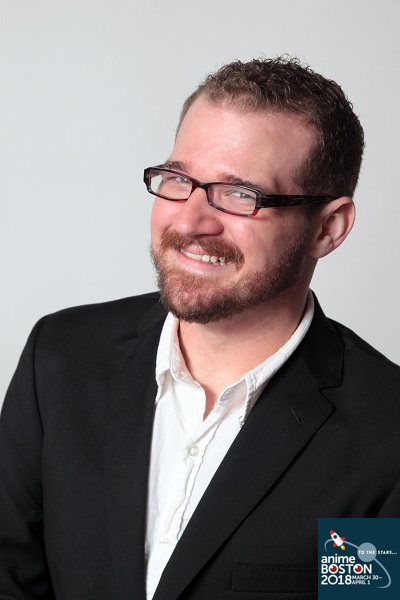 Hit the ice, slay a Titan, and order a burger at MgRonald's, as Anime Boston 2018 has revealed its fourth North American guest in the form of voice actor Josh Grelle!

A life-long geek and actor with over 200 voice credits in his 10+ year career, Grelle has voiced many characters that range from the most badass to the most fashion-conscience. His favorite roles include Armin in Attack on Titan, Yuri Katsuki in Yuri!!! on Ice, Kuranosuke in Princess Jellyfish, Sadao Maou in The Devil is a Part-Timer, and Toyohisa in Drifters. He has also lent his voice to many video game properties, including Tales of Xillia 2 as Ludger, Dragonball Xenoverse as Demigra, and Freedom Planet 2 as Captain Kalaw to name a few.

When he isn’t behind the mic, Josh can usually be found writing scripts for the English adaptations of many FUNimation and BangZoom! Productions, such as Fairy Tail, Tokyo Ghoul, Overlord, and Gundam: Iron Blooded Orphans.