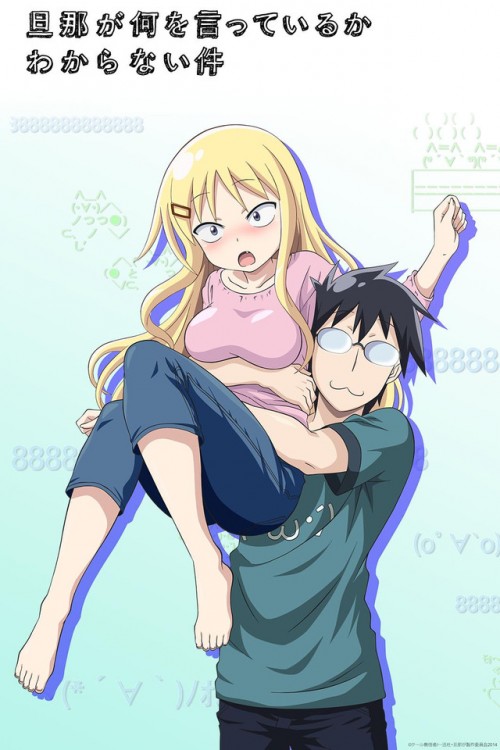 There must be a sharp difference between American anime fandom and Japanese anime fandom. Whenever I watch a series that depicts the otaku culture, it paints them as friendless perverted freaks that have no life outside their place of residence. On the other hand when it comes to anime fans in the US, it seems like it's incredibly easy to make new pals, go out and have a good time, and...okay, we can be a tiny bit perverted, but it comes with the damn territory! So it was with a nice sigh of relief when I overheard about an anime comedy about a woman who marries an anime fan: I Can't Understand What My Husband Is Saying. After viewing the first five episodes, though, I found myself looking once again at a fun house mirror of anime fan depiction.

Told in three-minute intervals I Can't Understand What My Husband Is Saying follows the lives of a newly married couple. The wife Kaoru (Yukari Tamura) is an office lady and brings most of the cash home, whereas the husband Hajime (Kenichi Suzumura) is an anime fan who'd rather say in front of his computer and take the pathway of the NEET. He has no friends, collects mountains of porn, and lies around almost doing nothing productive. Hajime also has a younger cross-dressing brother named Mayotama (Sayaka Horino), who has an older brother complex and wants to do things to him that may raise an eyebrow or two by the ethics committee. 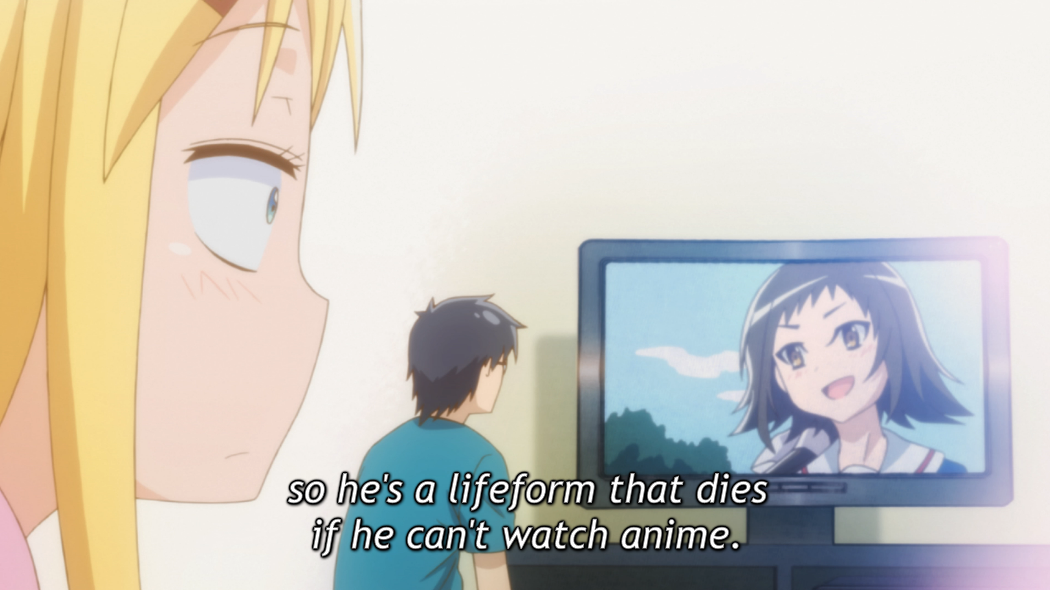 As each episode is rather short there isn't much of a connecting story arc. We're placed in random moments of their lives, each one leading up to a big punchline. Sometimes these punchlines work, such as when Hajime decrees he has an anime "waifu" despite having a real one or when the couple kicks Mayotama out for wanting to put his hands (and junk) where it shouldn't belong. One of the big comedic highlights happens in episode five, where Kaoru comes home drunk, smashes the place, and proceeds to jackhammer her way through sex with Hajime. The concerned husband decides to go out with her to try and curb her drinking, only for the end result being Kaoru taking her clothes off in the bar.

Perhaps my concern with I Can't Understand What My Husband Is Saying is the overall portrayal of anime fans in general. As mentioned the fandoms between Japan and America are drastically different, so I cannot speak for the viewpoints of the US side of things. However it would've been nice to see a more positive look at Japanese anime fans. Yes, it's a nice start that an anime fan gets married and has actual interest in the person they wish to spend the rest of their life with, so why stop the progression?

Then again, this is a comedy that shouldn't be taken as any sort of realistic portrayal of fans in general. When it wants to be funny, this anime can be. It's nowhere near the best of the year, but if you have three minutes to spare each week then by all means give I Can't Understand What My Husband Is Saying a viewing. Just leave the brain at the door, forget about stereotypes, and simply laugh at what befalls the newlyweds.

The Weak-Willed Need Not Apply To...