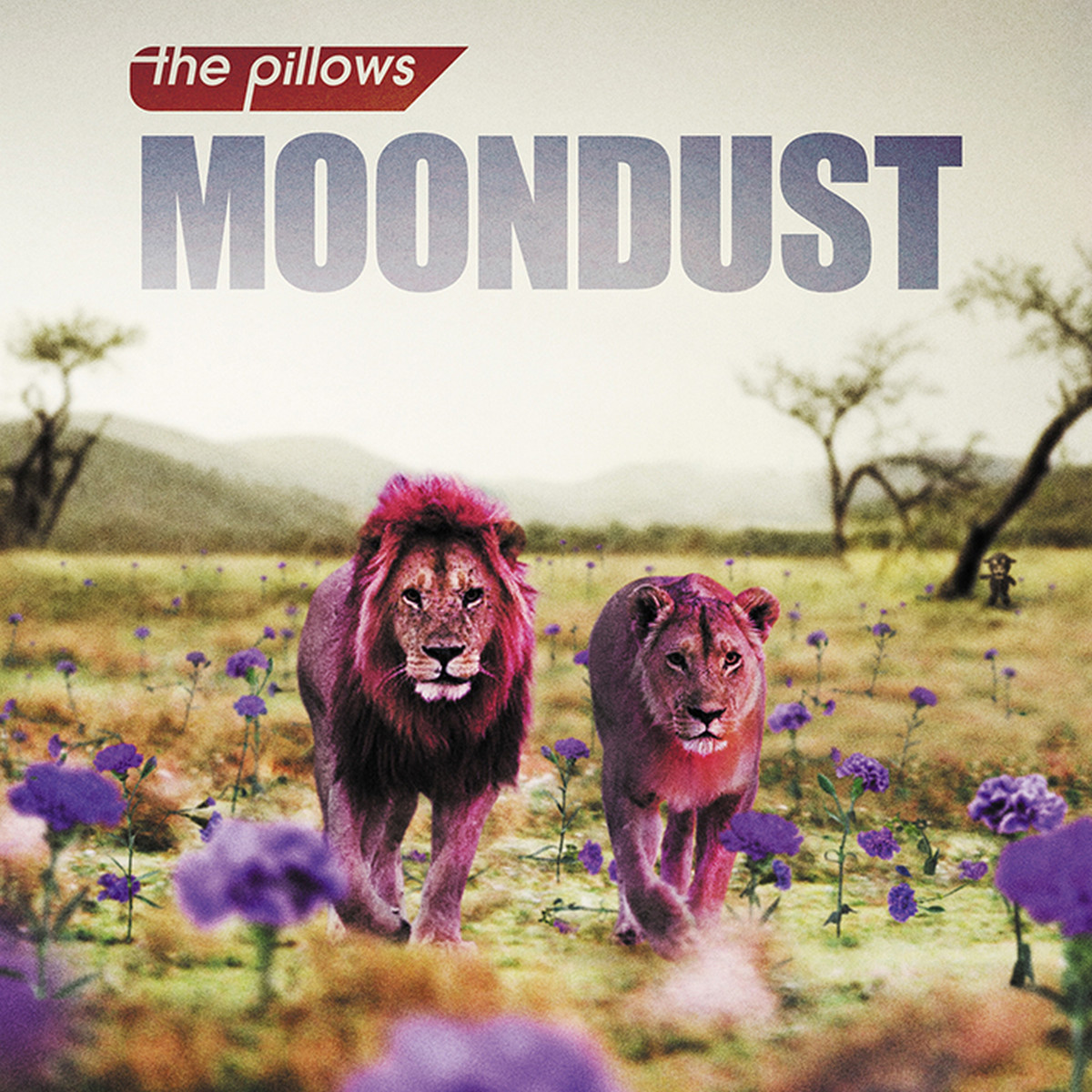 Not many bands these days reach such a milestone as a 25th anniversary. For a musician to create an album that captures the spirit of that quarter-century journey, though, that alone is a rare accomplishment that many artists have failed to achieve. It makes me happy then to see Japanese rockers the pillows fulfill such a task on their newest release Moondust, their nineteenth album.

Opening track "Clean Slate Revolution" calls back to their Smile days, an album that still feels the most under-apprecitated out of their entire discography. Vocalist/guitarist Sawao Yamanaka, lead guitarist Yoshiaki Manabe, drummer Shinichiro Sato, and supporting bassist Jun Suzuki blast their way through the song, rocking harder than anything they've released in the last few years. It's a solid sign of what's to come for the rest of the album. When "Prairie Rider" comes on, a Little Busters vibe faintly makes its presence. Tone-wise it sounds like a blend of that album's "Another Morning" and "Patricia," a strange combination that works better audibly than it would on paper.

The album features two songs performed in English. "Break A Time Machine" is the strongest of the two, and may be their best crack at singing in another language since "Sad Sad Kiddie" appeared on Runners High. It plays with the concept of going back to reconcile with a lost love, only with the setback being that musical success won't be in the cards. The conclusion: why bother mending something that may have been just a lovely fling when the lack of fame is the price to pay? "Song For You," on the other hand, revisits the feeling of regret when losing the chance to be with someone they care about. It's two friends having a small conversation, with one of the parties still holding back their true emotions for the other.

Going down the rabbit hole, "Tokai No Alice" replaces Lewis Carroll's beloved character in the big city, wishing her imagination would overtake the dull world she lives in. It's pokes at the concept that everything she did was but a daydream, and that she needs to carry on through the mundane in order to discover the real joys of life. The album's title track is somewhat reminiscent of Wake Up! Wake Up! Wake Up!'s "Scarecrow," only here there is a bigger feeling of optimism in Yamanaka's voice than in the previous song. Closing melody "Ideal Affection" is a rough yet fun song that ends the album with a confident grin and a wink to their listeners. It shows that, even after a quarter-century, the bandmates still have a great time working alongside one another, something that most bands seem to lose during their time in the limelight.

For the pillows to pull off an album that combines almost every aspect of every release they've ever unleashed to the world is something of a rock 'n' roll miracle, one that is worthy of standing ovation and a devil-horned salute from artists across the world. Moondust is more than just a commemoration for 25 years in the music industry, it's also a reminder that the pillows can still wipe the floor with any other band that dares stand toe-to-toe with them. Take note, rock stars of the world: this is how you celebrate a legacy!

Moondust can be purchased from CDJapan and YesAsia.