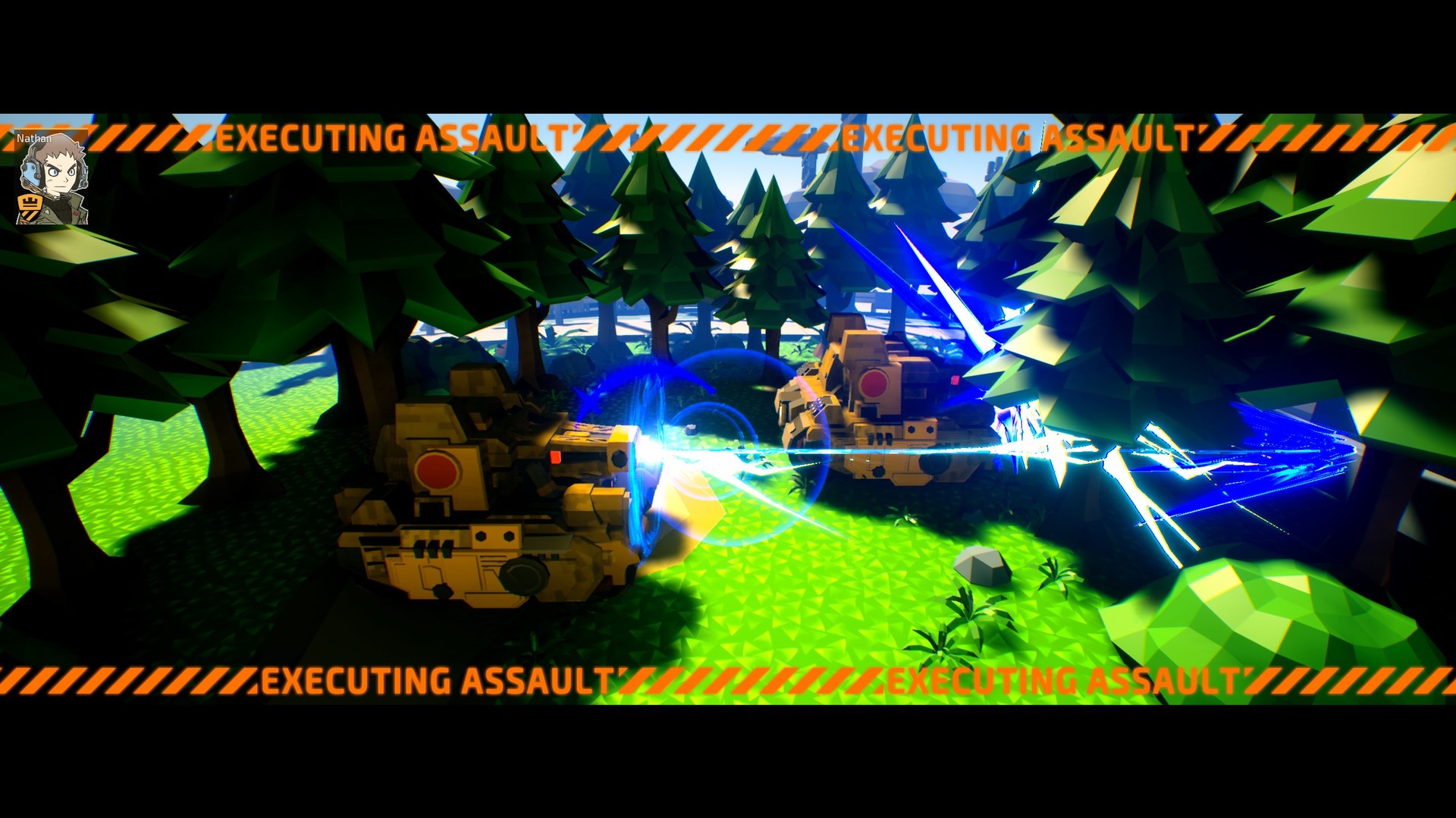 It's been a long time since the last Advance Wars game came out, and fans were wondering when -- if ever -- Nintendo and Intelligent Systems would make a new entry to the series. (Battalion Wars was an interesting experiment, but that sadly didn't pan out.) Thankfully, fans of the series don't have to wait anymore, as new indie Japanese developer UNTIES has decided to try their hand at making something of a spiritual successor with Tiny Metal. 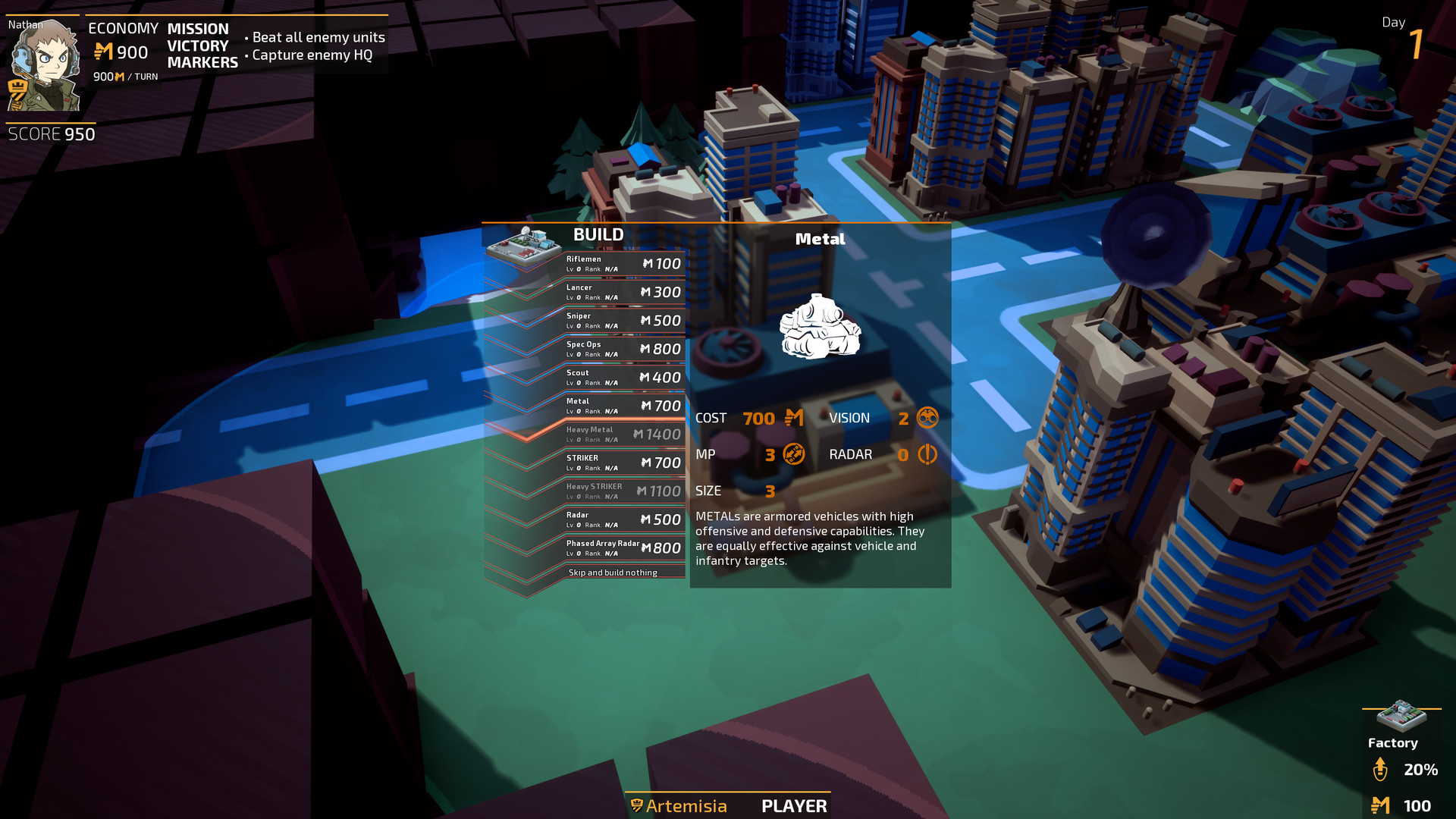 Tiny Metal's plot focuses on the story of Nathan, the commander of the Artemisian army, who is looking for their missing colonel. Following a trap from a conspiracy hatched by Zipang, the colonel got separated from them and ignited the flames of war. There are little story bits before and after every mission to fill out the narrative, with its gameplay a straight-up homage to the Wars series. You have several types of units that have their own strengths,weaknesses, and mobility values. Riflemen are your basic units, but the have decent mobility and the best ability at capturing bases so you can expand your forces and hire new units to complete missions. There are also heavy units like the Metals, which are the tanks. Their name sounds directly inspired from the Metal Slugs in the series of the same game, even down to their overall design. 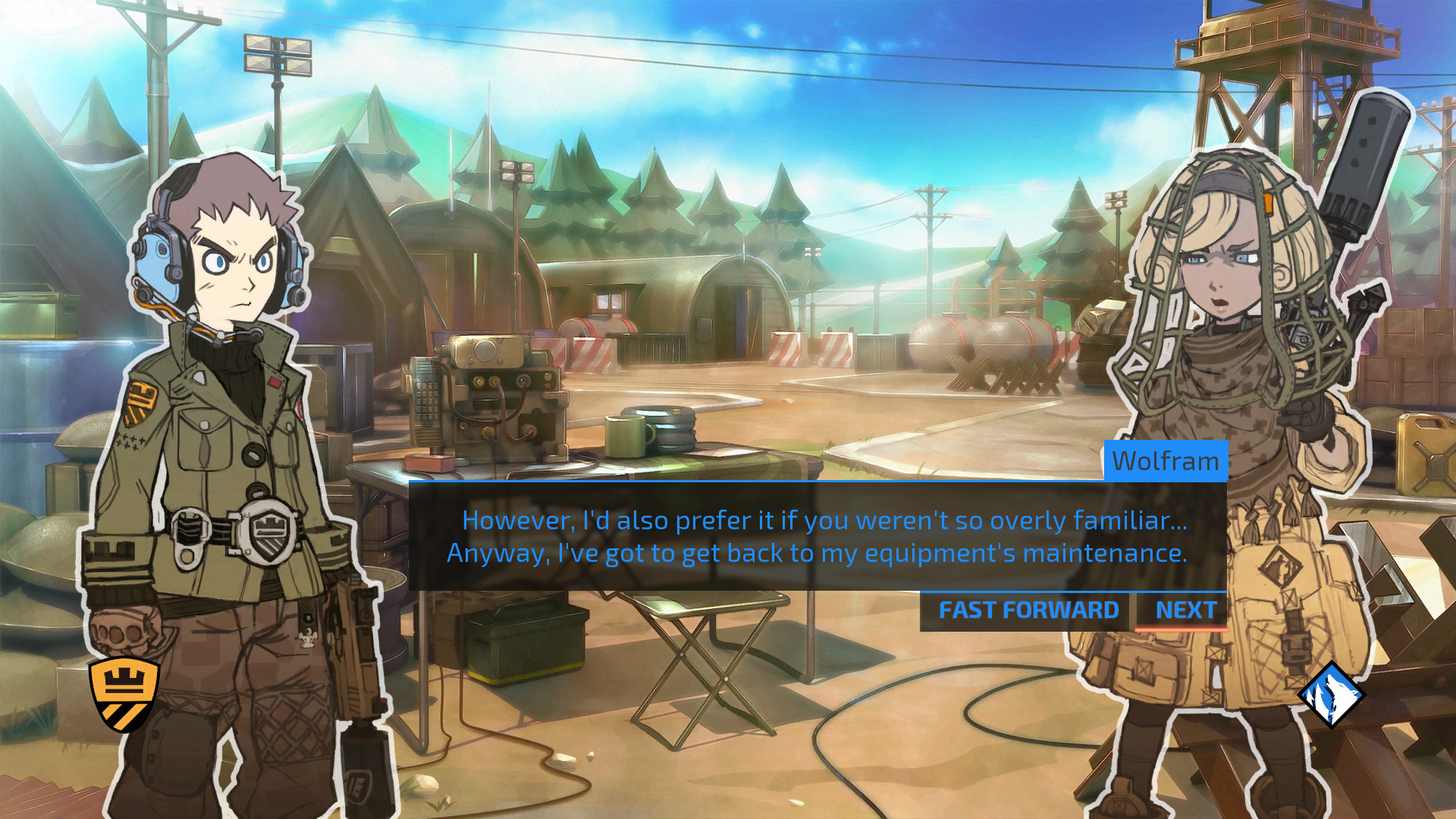 The missions in Tiny Metal have a bit of variety, and I like how the fog of war works in the game. It also takes advantage of terrain to provide protection bonuses, and units can rank up with killing enemy units or capturing bases. Borrowing from newer Fire Emblem entries, the game gives units the ability to Lock On their target and join other units to quickly take out enemies. Another option is to use a weaker attack to push an enemy unit off of a panel. This is a good tactic to move an enemy that sitting atop of a bases that you want to capture. There aren't any CO Powers in this game, but there are Hero units that are stronger than others of their type that somewhat make up for that omission. 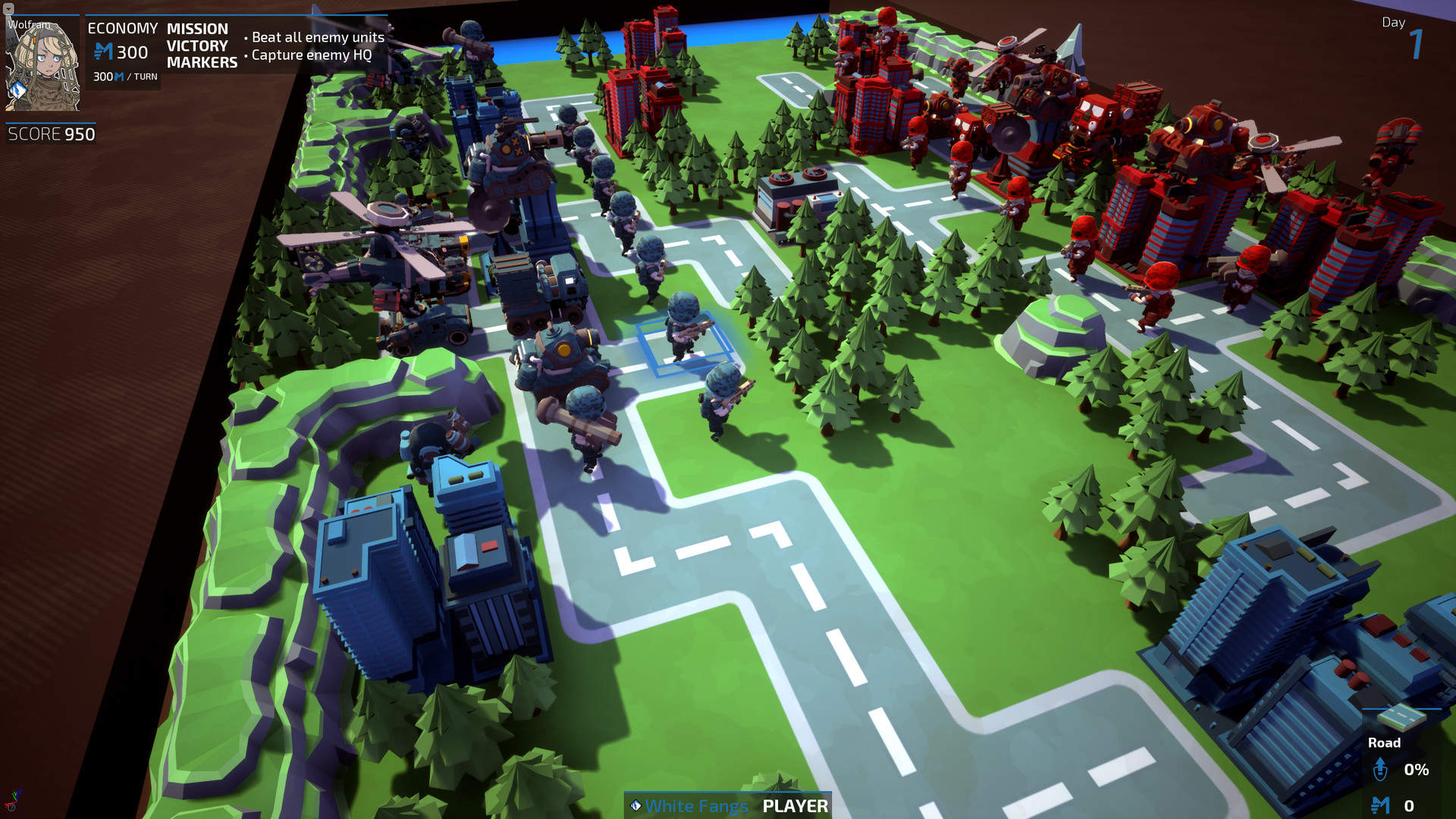 Tiny Metal is a pretty well-done game, but there are a few things that are missing. For one, the voice acting in the game is an odd mix of Japanese voice acting for the cutscenes, and default English for the battle quips. It's clear that the game was going to have have an English dub track for cutscenes, but the game was launched before it was completely ready. The game is also currently without multiplayer support, which makes the $24.99 price tag a bit steep. What's on offer is great though, and I hope that future updates will add English voice acting, navel units, and units that can transport infantry or other ground units. (A map editor would be nice too!) But with what's already there, it's still a fun little game for fans of the Advance Wars series.

The Good: Plays very much like the Wars series of games.
The Bad: No transport or naval units.
The Ugly: Dialogue is a bit dry, and the voice acting is a weird mismatch of Japanese and English.

SUMMARY: Tiny Metal is a fun little homage to the Advance Wars series that's only missing a few things that keep it from being truly great.

Promotional consideration provided by Masaya Ito and John Davis of UNTIES. Reviewed on the PC.