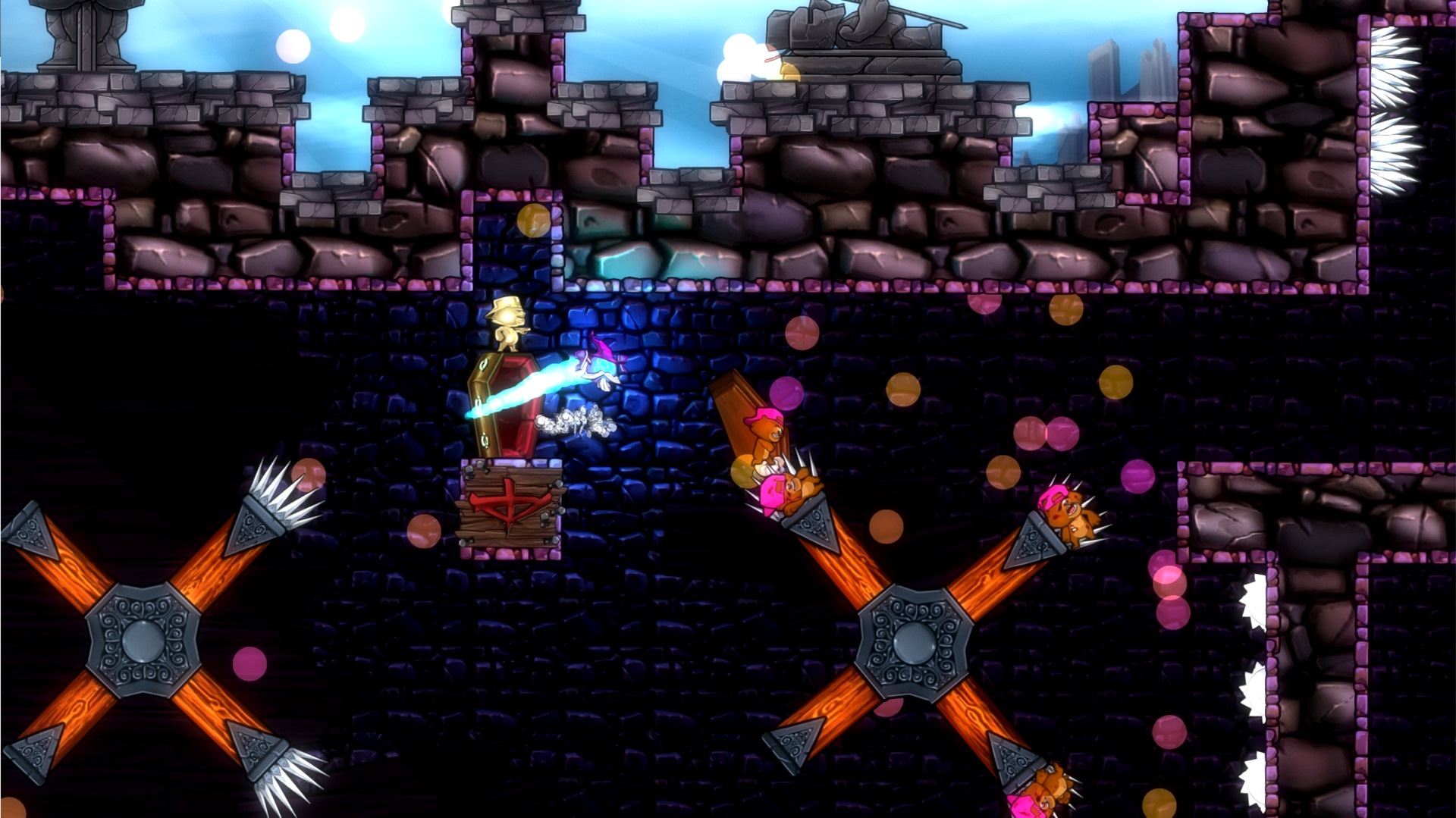 There are plenty of puzzle-platformers out there, but there's only a small handful that use death as a mechanic to clear the environment. You can add Super Rude Bear Resurrection to the pile, but with the death puzzle solving mechanic is being mostly optional, there's unfortunately not much else left to this game.

Super Rude Bear Resurrection's plot (or what little of it there is) is about a rude English bear who for whatever reason (none whatsoever as the game doesn't really bother to explain) is abducted by flying orb with a wizard hat to save their world. What follows is a series of seemingly endless platforming levels that of course increase in difficulty. Right from the get-go you're thrust in some Super Meat Boy deathtrap designs, but worry not as the Wizard Orb thing can revive you. 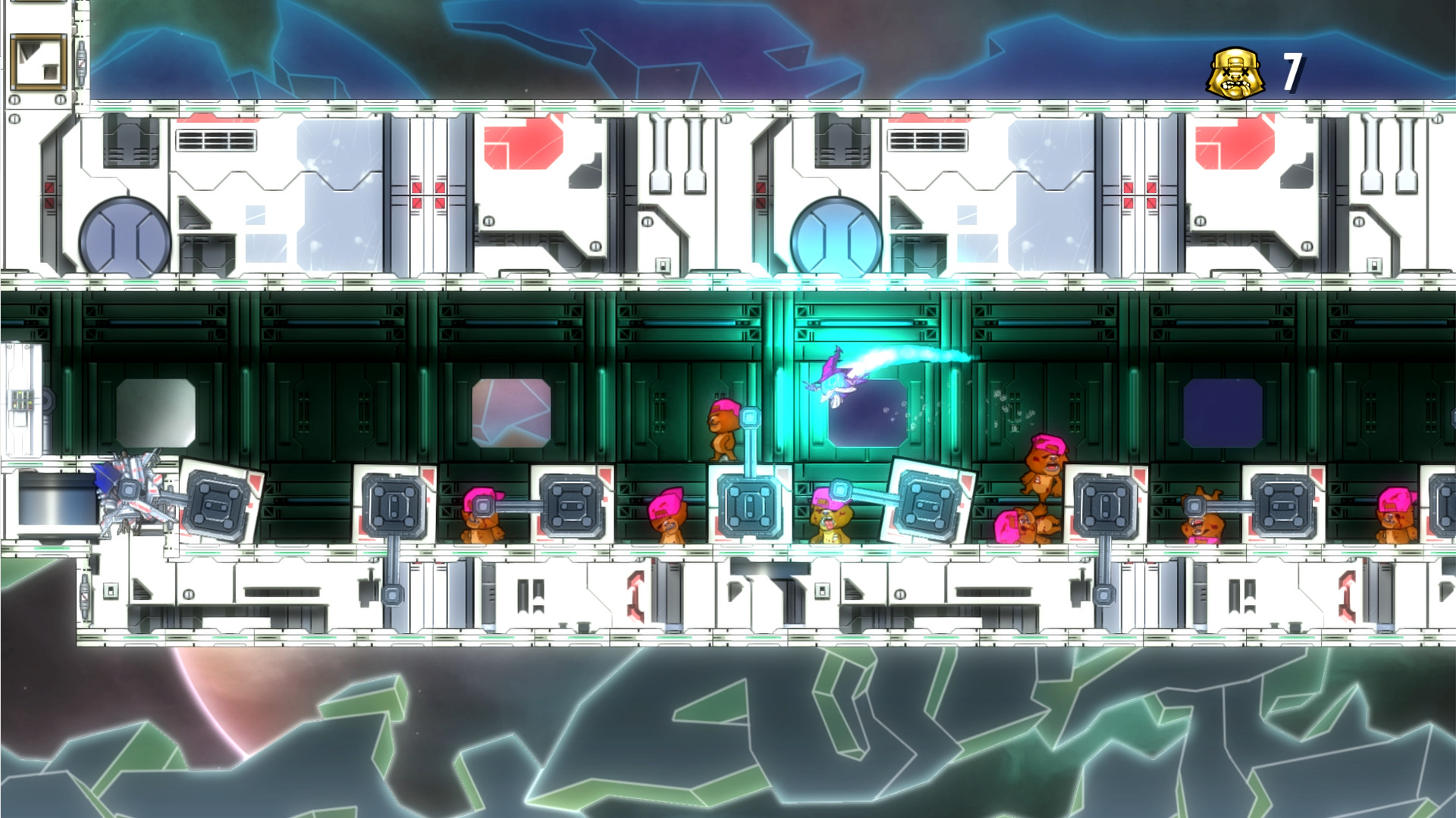 But the trick here is that your previously dead bodies from all of your deaths can be used to block lasers or even use as stepping stones to reach high platforms or ledges. It does get kind of funny seeing a huge pile of Rude Bear bodies to use at your disposal. Rude Bear also has a few moves like the ability to wall jump or clear the screen of bodies, in case you mess up and have too many bodies impeding your progress.

Of course, the goal of every level is to clear it with the least amount of deaths, but that is more for completionists. Outside of that, there's unfortunately not a lot left to talk about. The story is in the intro and ending sequence, and the mechanics are so simple that the game feels like a one-trick pony. With a lame musical score and uninspired level designs, there also isn't much motivation to finish the game, despite it's short length. Once you've played a few levels, that's pretty much it. At the end of the day, Super Rude Bear Resurrection is just a mediocre platformer that runs out of steam quickly. 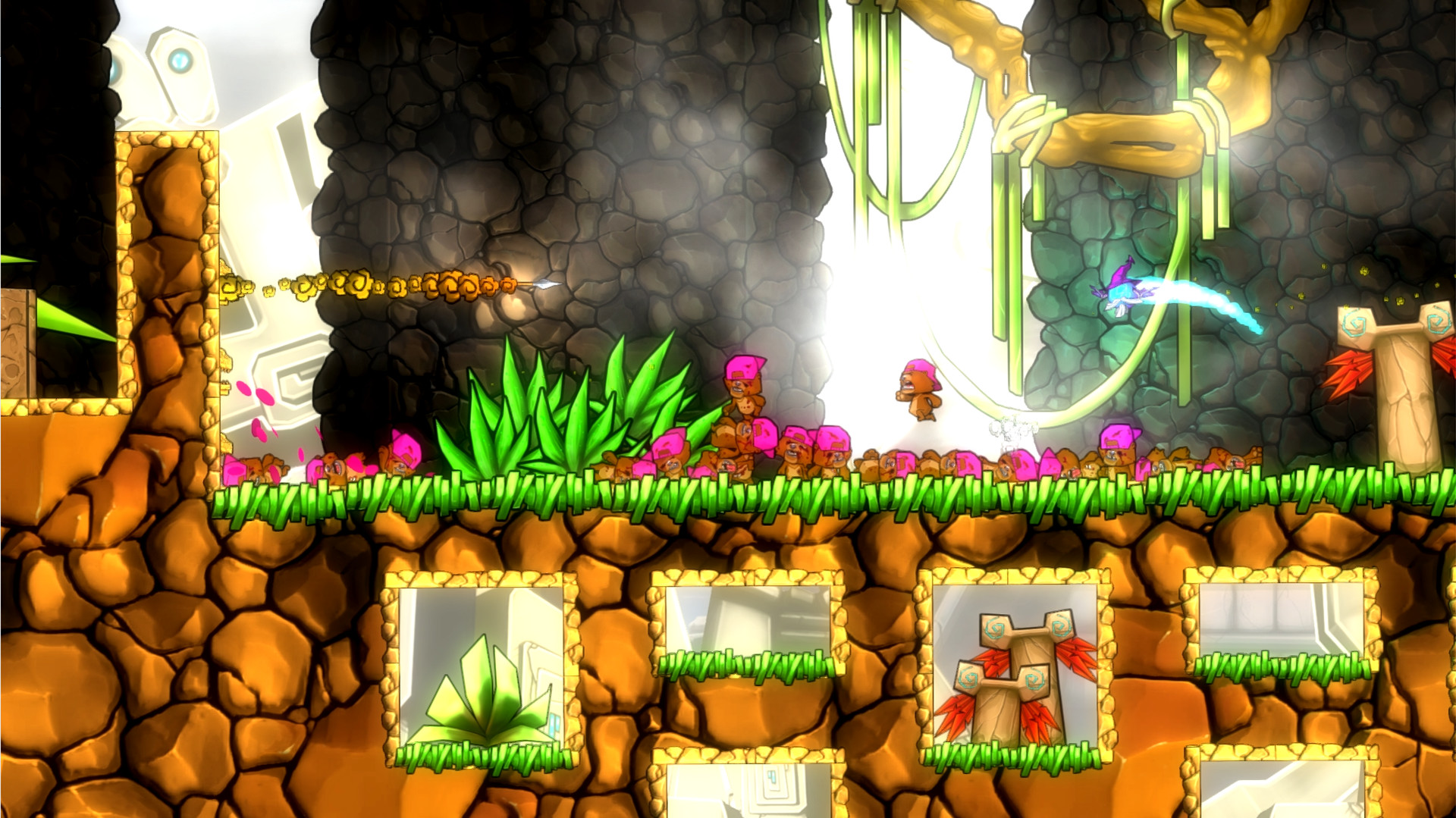 The Good: The game has a rather interesting mechanic where your dead bodies can help you solve environmental puzzles.
The Bad: There's not much to the game other than the crude humor.
The Ugly: All of the death involved in the path to victory.