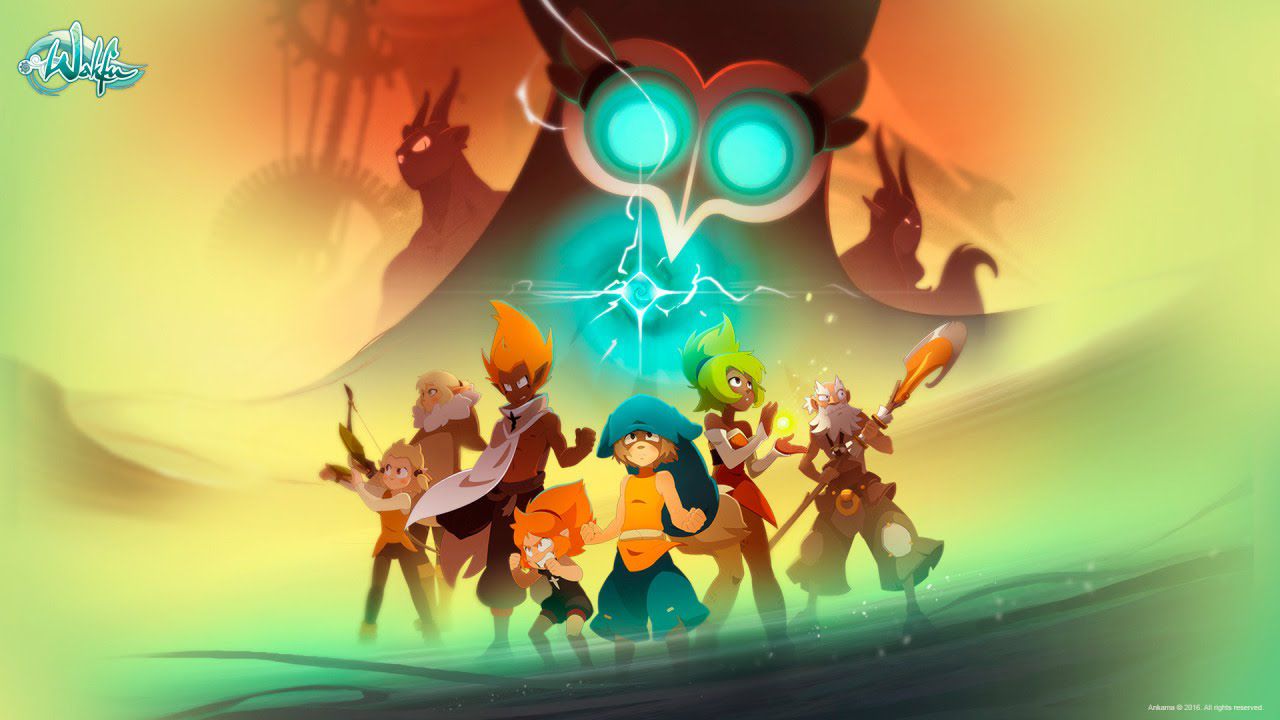 There's a level of magic that's crafted over at Ankama Animation, one that I've yet to see be replicated in any other Western-based cartoon studio. The stories, characters, humor, fight sequences, and even the drama presented in their series and films is at such a high caliber, that it makes them the best Europe-based production company to keep one's eyes on. And on their impressive resume shines their beacon of greatness known as Wakfu.

On many occasions, be it in articles or podcasts, I've spoken about my love for Wakfu and its Brotherhood of the Tofu. A perfect blend of Avatar: The Last Airbender, Naruto, and Fairy Tail, the story of Yugo, Amalia, Ruel, Percedal, and Evangelyne often presents itself with an excellent mixture of comedy, action, and drama, as well as earning a spot on my list as one of the greatest animated series ever made. After many years of waiting, the time has finally arrived for another thrilling adventure with the determined & enthusiastic crew. What I did not expect was the tone it presented, one that left me dropping my jaw many a time throughout its 13-episode run. 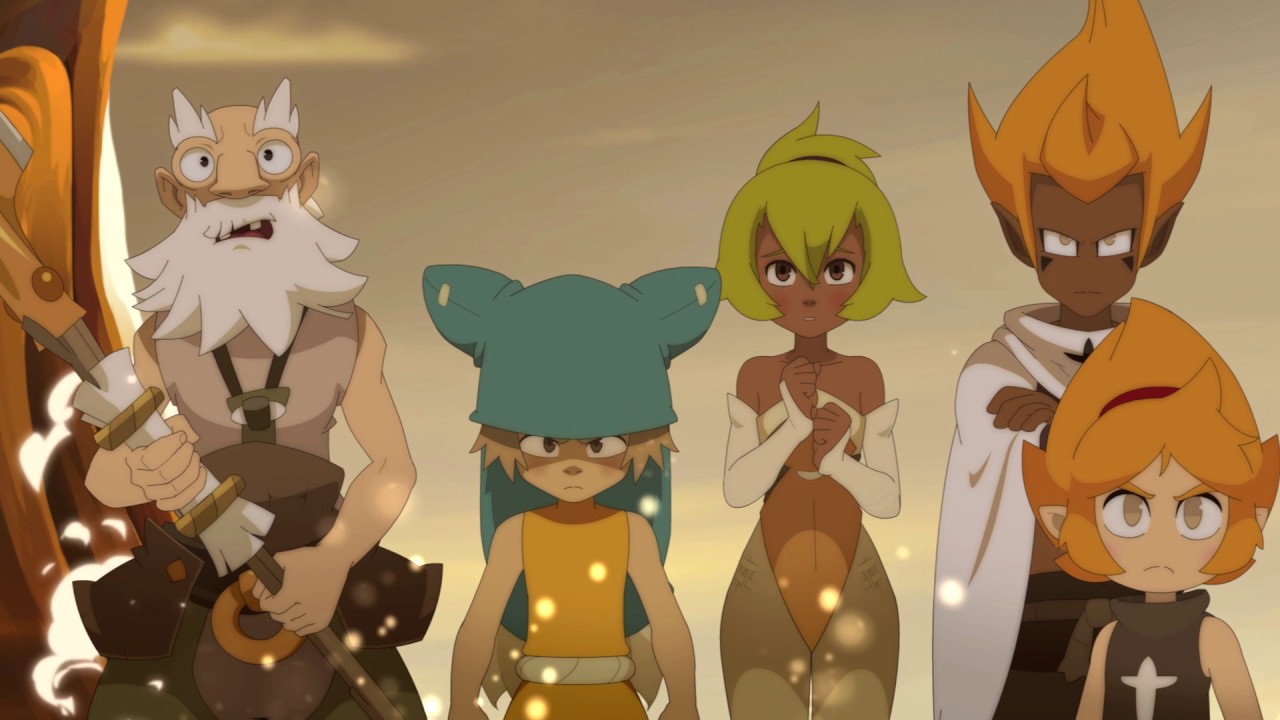 As it was in the past, Wakfu has placed an importance of identity and family, where Yugo spends the first two seasons figuring out who he is and where his people came from. Although family still plays an important role in its third season, this time it's shouldered by Percedal, Evangelyne, and their two kids Elely & Flopin, with the Cra awaiting to give birth to their third child. An unexpected ambush fronted by Yugo's brother Adamaï leads Flopin and Evangelyne to be captured, with Yugo, Ruel, and Amalia aiding the other two with their search and rescue. It's soon revealed via the season's main antagonist Oropo that he, Adamaï, and other demigods are seeking to dethrone the current gods and take their place, so as to rid the world of the errors that have besmirched the world.

Quickly, the true theme of this season is revealed when the gang is trapped in a time bubble, where the consequences of all the good they've done appears right in front of their faces. The deaths, abandonments, and falsehoods of their acts stare directly into their souls, as they realize that there's actually a part of these heroes that are -- to be blunt -- scum. Even with all their heroic deeds and accomplishments for the greater good, there's a tiny bit of necessary evil that lingers in their actions. And thus, this moment reveals what this season is all about: guilt and redemption. 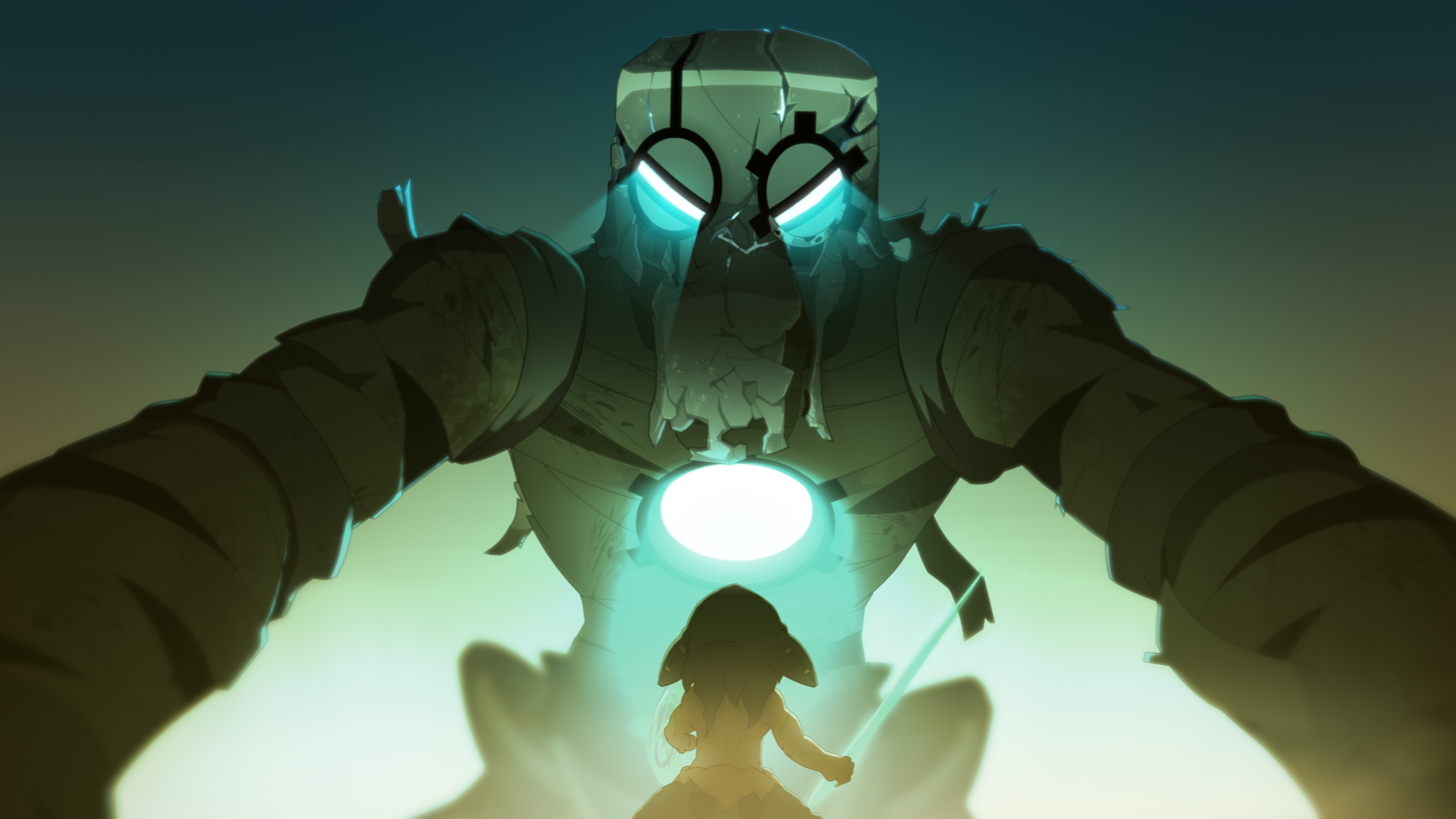 Although Wakfu is a cartoon for the whole family to enjoy, it never skimps on the more heavier stuff. In the past, the series threw in plenty of lighthearted affairs and adventures to balance the drama it presented. Season Three doesn't do that, instead laying it on the viewers more with the action and drama while sprinkling a joke here and there. Surprisingly, it shows a lot of maturity in the writing of Anthony "Tot" Roux, as he's teaching the younger viewers that not all journeys have happiness shone entirely throughout its path.

A big underlying plot of the third season is the relationship between Yugo and Amalia, which was somewhat touched upon in the mini-series. It's very apparent that the two have feelings for one another, but Yugo doesn't feel like a coupling would work in the long run due to him not aging the same way as Amalia. As such, you get a moment of selfishness on Yugo's behalf, one that you've never quite seen before showcased in his story and is seemingly out of character. It causes a rift between he and Amalia, one that is presented with a lot of seriousness and doubt into what their future friendship will entail. 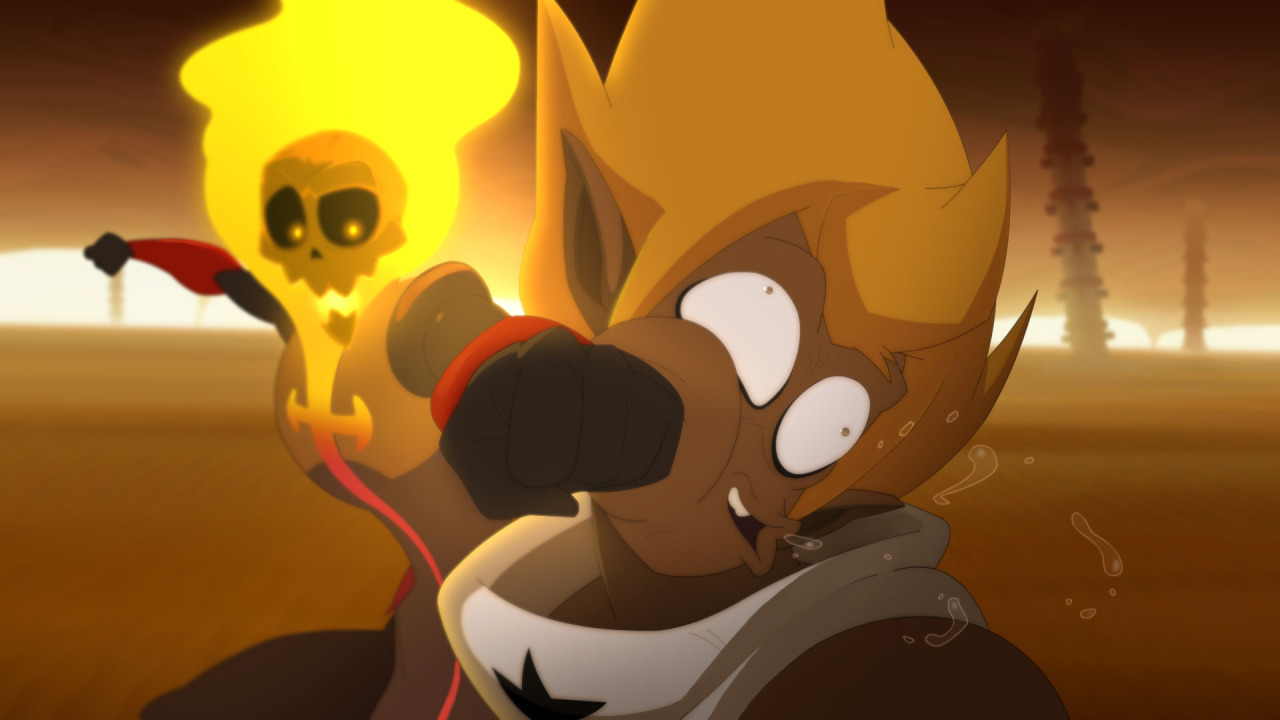 Thankfully, when it is humorous, Wakfu easily can turn a viewer's frown upside-down. Perhaps one of the best parts of Season 3 is Perdecal's daughter Elely, who winds up being as great a fighter and as thickheaded as her father. Watching her beat up a fat panda and taking on some of the other demigods is not only a feast for the eyes, but also a cure for an aching funny bone. (Methinks a spinoff show with her and her brothers would be quite entertaining.) Even some of the enemy demigods have their share of comedic moments, from Bump's panty-collecting fetish to the way Ush attempts to use adorable kittens to get in the way of Yugo successfully winning a fight.

All of this is showcased with Ankama's trademark animation in tow. The third season of Wakfu reaches cinematic levels of quality in the fight sequences, especially when it comes time for Yugo and Oropo to meet face-to-face. It never ceases to amaze these eyes of mine when I see how much they push the limits of Flash Animation to some of the most gorgeous and awe-inspiring visuals you'll see in a Western cartoon. Trust me when I say that the battles presented here will have you jolting from the edge of your seat with excitement. 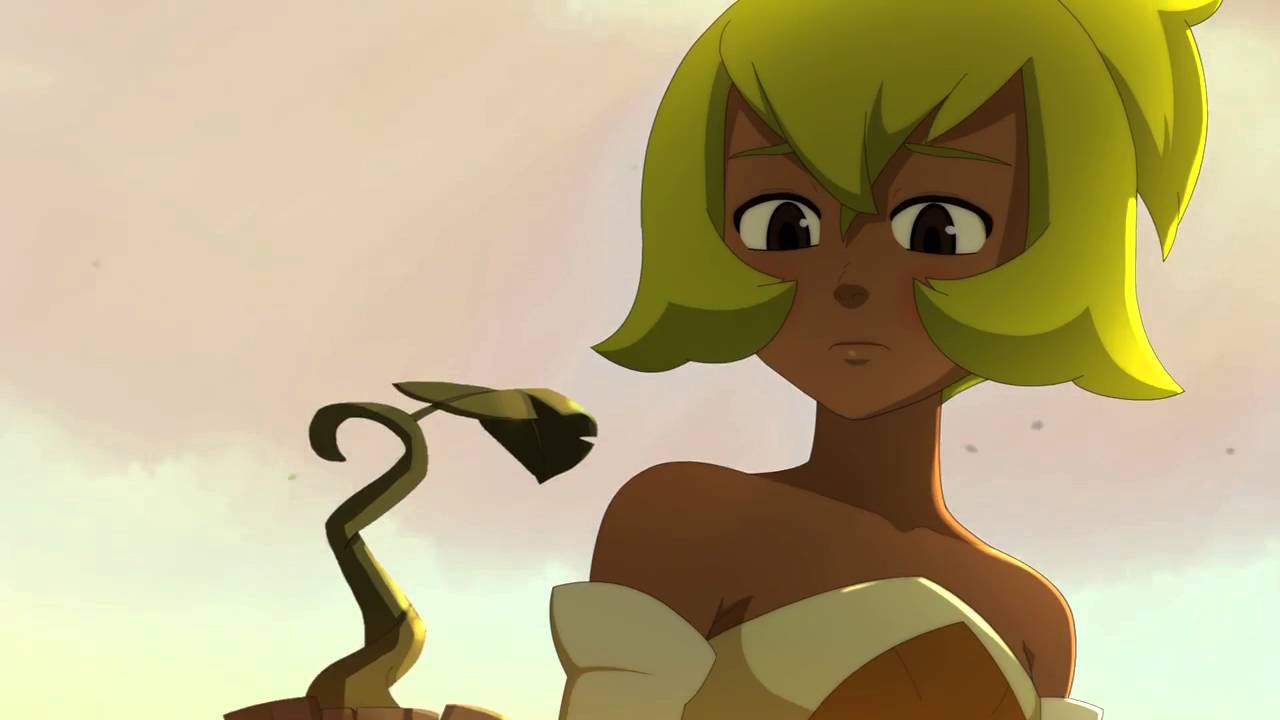 In what is probably the best move possible to reach out to their international audience, Ankama and Netflix have recast the English dub parts with some of the best American voice actors in the industry. Erika Harlacher (Ann in Persona 5) voices Yugo with youthful spunk and a serious determination, with Christine Marie Cabanos (Squid Girl) balancing a royal mentality with a doubt-induced attitude as Amalia. Kyle McCarley (Helbram in The Seven Deadly Sins) dons a fun "punch first, ask questions later" personality as Percedal, with Kira Buckland (2D in Nier: Automata) bringing a motherly warrior stance as Evangelyne. A special mention should go to Todd Haberkorn (Natsu in Fairy Tail) as the more grown-up Adamaï, whose betrayal to the Brotherhood is captured via a sinister tone with a hint of remorse in his voice. (Note to Ankama: re-dub the first two seasons and specials with these people in tow!)

The third season of Wakfu showcases the many strengths in its drama and action department, while at the same time throwing in a laugh to shine a light on some of its more darker elements. Those who dove into the adventures of the Brotherhood of the Tofu for the cheerier times may be disappointed at first, but it all ties up nicely in the end with some fantastic plot twists and a spectacular final battle. While it ends on a rather cliffhanger-like note, it gives viewers a tiny bit of a taste on what could be expected for the next adventure in Wakfu. Here's hoping it doesn't take more than four years for that next journey to hit our screens.

Wakfu can be viewed on Netflix. Episodes 1-13 of Season Three were observed for this review.